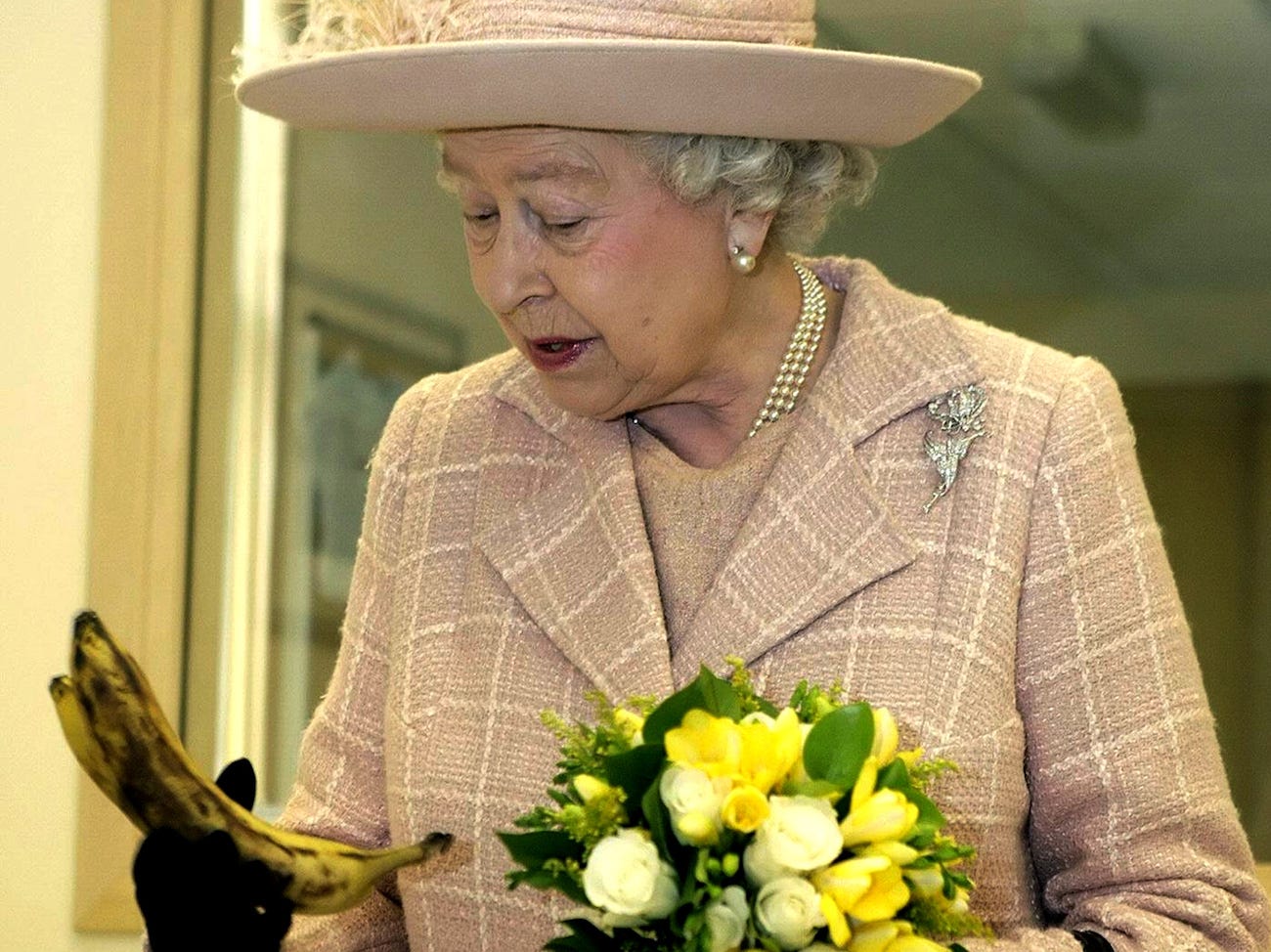 APThe Queen with a banana.

From the Duchess of Sussex’s penchant for acai bowls to Prince Charles’ dislike of lunch, the eating habits of the royal family never fail to fascinate.

It’s no secret that the Queen is partial to a gin or two, but she also likes to eat healthily.

As anyone aiming to hit their five-a-day would, the sovereign enjoys her fruit. However, she has a somewhat unconventional technique for eating bananas.

Queen Elizabeth II eats bananas with a knife and fork in order to avoid looking “like a monkey,” according to former royal chef Darren McGrady.

The chef originally revealed the curious fact in his book, “Eating Royally,” but his spokesperson confirmed it to Insider in 2019.

McGrady (who was also personal chef to the Princess of Wales) explains in the book that the Queen’s preferred method of eating a banana is to cut off the top and bottom, slice through the skin lengthways to allow easy removal, chop the fruit into small pieces, and then eat them with a fork.

In fact, most people do not eat bananas the same way as monkeys – unlike humans, monkeys hold a banana by the stem and eat from what most of us consider to be the bottom of the fruit.

Despite Her Majesty’s love of bananas, McGrady says she is not a fan of “starchy foods,” preferring to enjoy light, simple meals such as grilled fish and vegetables.

The chef has said that, when not enjoying lavish state dinners, the queen has a “no starch” rule, avoiding “potatoes, rice, or pasta for dinner.”

Bananas, however, are clearly not too starchy to be eaten regularly – but they must be eaten with cutlery.

A photographer who shot the Queen at Buckingham Palace shared what she was like behind the scenes: ‘I hadn’t realised how funny she would be’