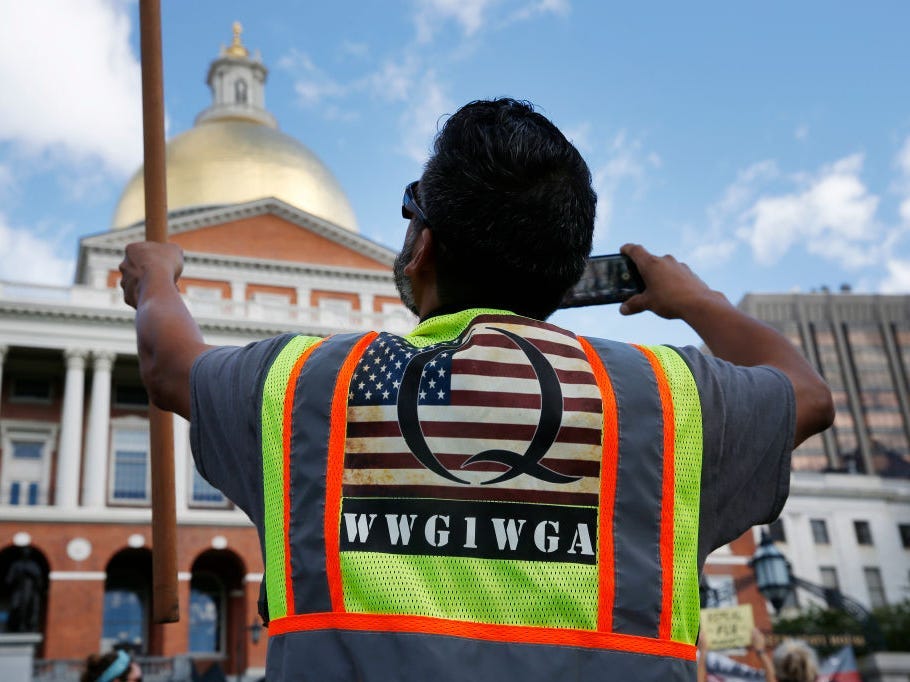 Jessica Rinaldi/The Boston Globe via Getty ImagesA man wearing a QAnon vest held a flag during a No Mandatory Flu Shot Massachusetts rally held outside of the State House in Boston on Aug. 30, 2020.

Two women who appear to have ties to the QAnon conspiracy theory movement are in police custody after allegedly kidnapping a six-year-old boy.

The QAnon idea is based on a baseless far-right conspiracy theory that claims President Donald Trump is secretly fighting a “deep state” cabal of satanic pedophiles and cannibals.

Over the last several years, numerous QAnon believers have allegedly kidnapped their own children following the false belief that Child Protective Services is involved in a child-trafficking cabal.

The Unified Police Department of Greater Salt Lake (UPD) said on Thursday evening that they found the boy in Coos Bay, Oregon, after he was kidnapped by his biological mother, Emily Jolley.

Jolley’s Facebook page was full of QAnon references and false claims about Child Protective Services being involved with human trafficking, the Daily Beast reported on Thursday. Police said in a statement that Jolley abducted her son, whom she does not have custody of, during a monthly supervised visit on September 26.

Now, police say Jolley had an accomplice â€” a woman who has also spread QAnon theories on Facebook, Insider found.

UPD Public Information Officer Sergeant Melody Cutler told Insider that Jolley and the woman they believe to be her accomplice, Bonnie Jackson, were both in police custody on Friday morning. Jackson was involved in the kidnapping as Jolley’s “sympathizer and personal friend,” UPD said in a statement.

Jackson’s Facebook profile picture, a selfie featuring herself and a man, is overlaid with the acronym “#WWG1WGA,” which stands for “Where we go one, we go all,” the QAnon community’s slogan. The picture was added on April 15. 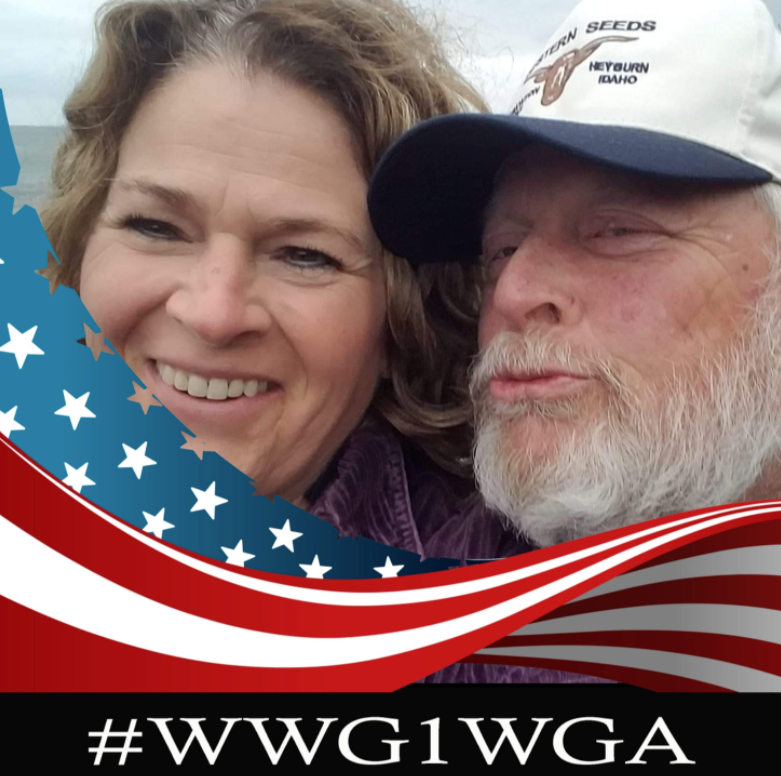 Screenshot/FacebookBonnie Jackson, who is currently in police custody, has the QAnon community’s slogan on her Facebook profile picture.

On September 7, Jackson posted a video from an anti-mask protest outside the Utah State Capitol in Salt Lake City. Hundreds of people had been protesting Gov. Gary Herbert’s mandate that children wear masks in schools, according to The Salt Lake Tribune.

The alleged kidnapping follows several kidnapping cases linked to QAnon in the US. In the fall of 2019, a Colorado woman had support from other QAnon adherents in an attempt to kidnap her son from the custody of child-welfare officials, investigators said.

According to the Daily Beast, a growing group of mothers has been spurred on by a network of QAnon believers and fake experts who say that CPS is placing their children into sex-trafficking networks.