'QAnon: Into the Storm' director Cullen Hoback talks about how 2 random guys trolled the entire world and inspired a deadly insurrection 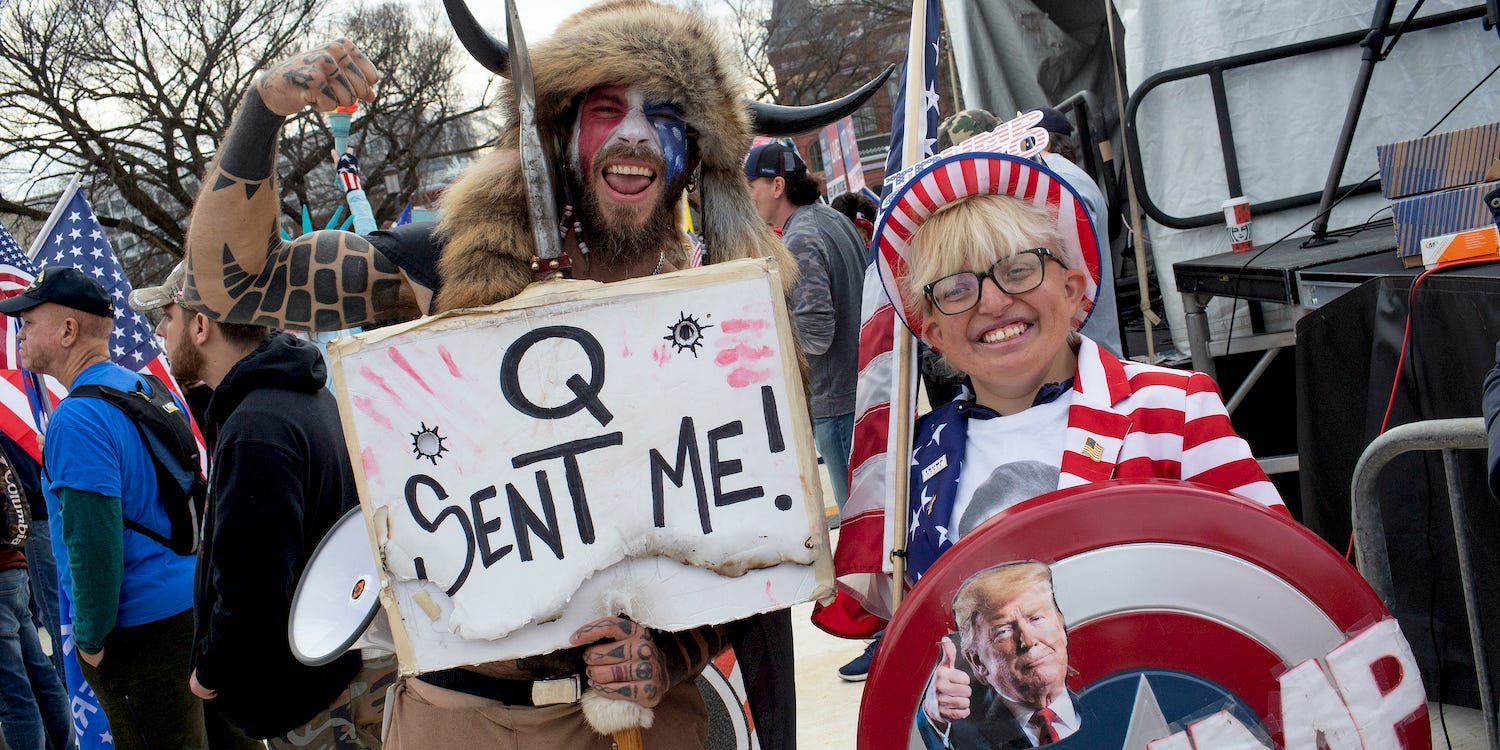 QAnon was the defining conspiracy theory of the Trump presidency, eventually feeding and morphing into the baseless “Stop the Steal” mass delusion.

We still don’t know for sure who was the internet prankster pretending to be the fictitious character, Q – a supposed high-level government official leaking information on the free speech maximalist website 8chan about an anti-Trump cabal of murderous pedophiles that run DC and Hollywood.

Subsequent investigations make it seem highly probable that Q was Ron Watkins, who administered the internet message board 8chan, or his father, Jim, who owned the site which has since been rebranded as 8kun. Or perhaps both were involved. Either way, by hosting Q on 8chan, they are the most responsible for the spread of the QAnon conspiracy theory.

Documentary filmmaker Cullen Hoback traveled to Manila, where Jim Watkins lives, and other East Asian locales to track down the true identity of Q. What resulted was the six-part HBO documentary series, “QAnon: Into the Storm.”

Hoback spoke with Insider columnist Anthony Fisher by phone this week about the common threads between all the major right-wing conspiracy theories of the past decade, why unmasking Q matters, and how a couple of random guys trolled the entire world and inspired a deadly insurrection.

This interview has been edited for style, length, and clarity.

I’m pretty well-steeped in internet conspiracy theories, but I was truly fascinated to see how message boards like 8chan systematically spread everything from Obama birtherism to Gamergate to the rise of the alt-right to Pizzagate to QAnon and all the way up to the January 6th insurrection. And each of these leads directly from one to the next.

The difference between a fake conspiracy and a real conspiracy, is the real conspiracy can be busted. So when you’re describing this lineage that you can trace back 10 years, it should come as no surprise that some of the same characters had been working behind the scenes to plant wild conspiracy theories through these various influencers and into the mainstream.

These theories were once spread by someone like [noted conspiracy theorist] Jerome Corsi or former General Paul Vallely. But the inflection point has changed.

Conspiracy theorists have moved on to some ex-military characters [like retired General Michael Flynn] who were interested in furthering their own agendas. They’ll use Qtubers or YouTubers or “citizen journalists” or people who have large audiences and they’ll just go around traditional outlets. That’s what you see in this story, how these figures get internet influencers to spread their agenda. 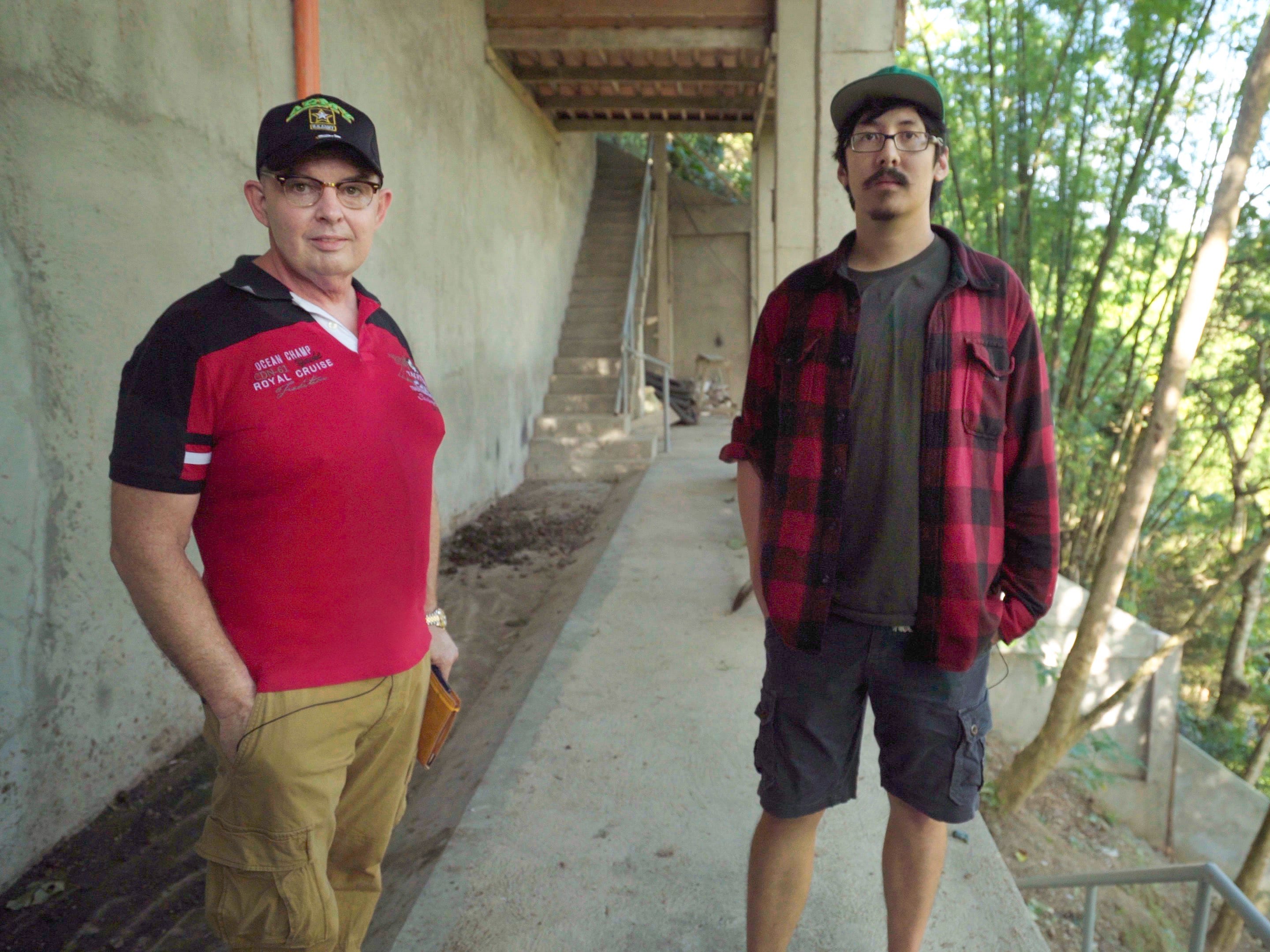 This documentary essentially puts the audience on your shoulder as you hang out with Ron and Jim Watkins over hundreds of hours. Why did they trust you with so much access?

Back in 2018, Jim and Ron Watkins were relatively unknown. I don’t think anybody was considering them high-level suspects for Q at the time.

I reached out to them initially because Q is hosted on their website, and because they would have the technical data. So if anyone who knew was behind Q, it was them.

It wasn’t easy to get a hold of either of them, so I reached out to the most public facing of the three 8chan principles, which was Fred Brennan [the founder of 8chan who later called for the site to be shut down following several mass shootings committed by 8chan users, and who feuded publicly with the Watkins].

We ended up talking for quite a few hours and he said, “Look, you should also talk to these Watkins guys.”

I had a little bit of back and forth with Ron at the time, and all of them knew that I’d be coming to the Philippines. I think that the reason they ultimately did agree to talk me – and it makes more sense in hindsight – is because they wanted to get their side of the story out, given their public falling out with Fred.

And, of course, they were running a maximalist free speech website. So I thought they’d have some things to say on the subject. It could just be I was the first one crazy enough to get on a plane and go and meet these guys. I also think they enjoyed trolling journalists. I mean, for trolls, that’s the gold standard – trying to get journalists to print false things.

The Watkins both came off as outwardly mild-mannered and intelligent in the series, but they repeated over and over again how apolitical they are and that they’re just into objective journalism and free speech.

What I found remarkable as a viewer is that these two guys, who seem to be so unremarkable, have done an incredible amount of damage to American democracy and a lot of people’s sense of reality.

The first time I met with them I did not think they were necessarily behind Q. But the next time we met, they changed their story massively. Suddenly they knew a lot less about Q.

You can tell that they had talked behind the scenes and came up with a new story. They were doubling down on the idea that they weren’t really following Q, that he was just another user of their website, that they’re not political people – which of course is total nonsense. 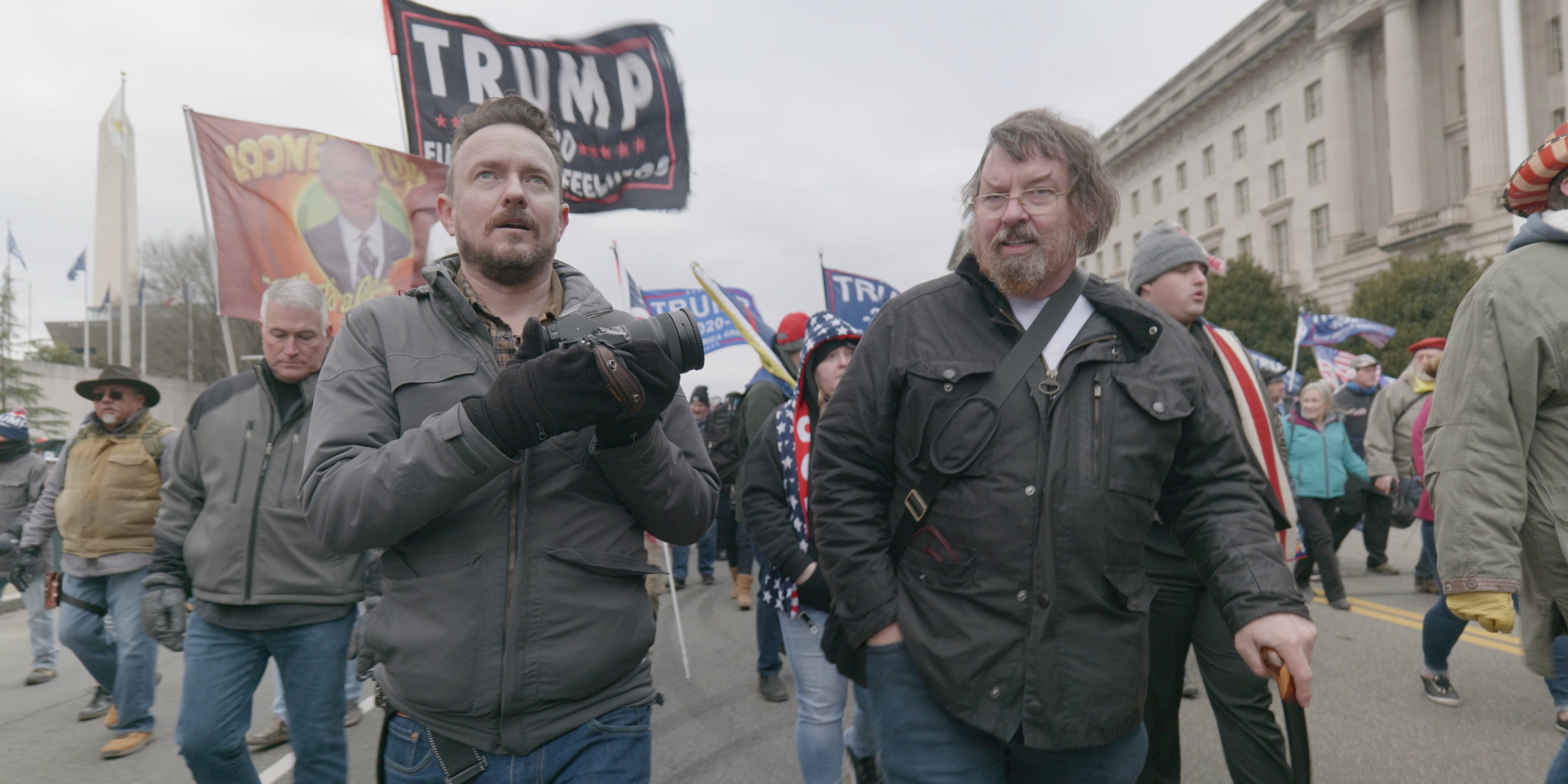 HBO‘QAnon: Into the Storm’ director Cullen Hoback with Jim Watkins

Whether or not Ron Watkins is Q, the Watkins provided the platform for a conspiracy theory getting that made it all the way into former President Trump’s Twitter feed. It ultimately inspired the Capitol insurrection.

What kind of response have you gotten after making a documentary that shows how this entire movement was essentially completely created by these two guys?

I’ve received numerous messages from people with family members who were heavy believers in QAnon. And now they’re talking again. It doesn’t mean that everything is perfect, but I think that revealing the mechanics behind the operation has helped those who don’t believe in Q understand better what it is that their loved ones were drawn into. And I think it’s helped those who were drawn into QAnon to know what was actually going on behind the scenes.

Another thing I’ve noticed is that after people watch this series, this thing that is Q that just seems so mysterious and powerful to them, that power has been completely taken away. Like the Wizard of Oz, when you pull back the curtain, you’re just left with the man.

And I think when you see the man in a green hat and his dad, and what their motives are – and how they think about the world in that they treat the whole thing like a game – it just changes your perception of what Q is.

You realize it was just basically trolls, trolling the world, in maybe the most successful troll operation of my lifetime.

Some critics have panned your series by saying you didn’t show the damage wrought by QAnon, like the broken families and the people who’ve donated tons of money to the cause, or left their jobs and alienated everyone they loved. Other critics said you should have spent more time debunking the conspiracy theory piece by piece.

Some of the criticism was also like, “Should this movie be made? Does it matter who’s behind Q?” Of course it matters who is behind Q.

The idea that we need to spend countless hours dissecting each of these obvious lies seems like it’s been done. But where did these things come from and how did they spread? That was the novel thing.

Another criticism I saw was that you were providing QAnon proponents with an uncritical platform, just by letting them speak.

But as a viewer, I couldn’t imagine somebody looking at these people spouting these theories and saying, “You know what? I was on the fence about QAnon before, but now I’m a believer.”

It’s not like we’re just handing them a microphone and saying, “Go.”

We’ve seen in the last few years, there’s been attempts to silence Q or censor it, or ignore it completely or attack it. What hadn’t been tried is just showing it for what it is. The antiseptic of sunlight isn’t all that flattering.

I’m willing to trust an audience by simply showing them something for what it is and let them draw their own conclusions. I don’t think I needed to tell them what to think every step of the way. 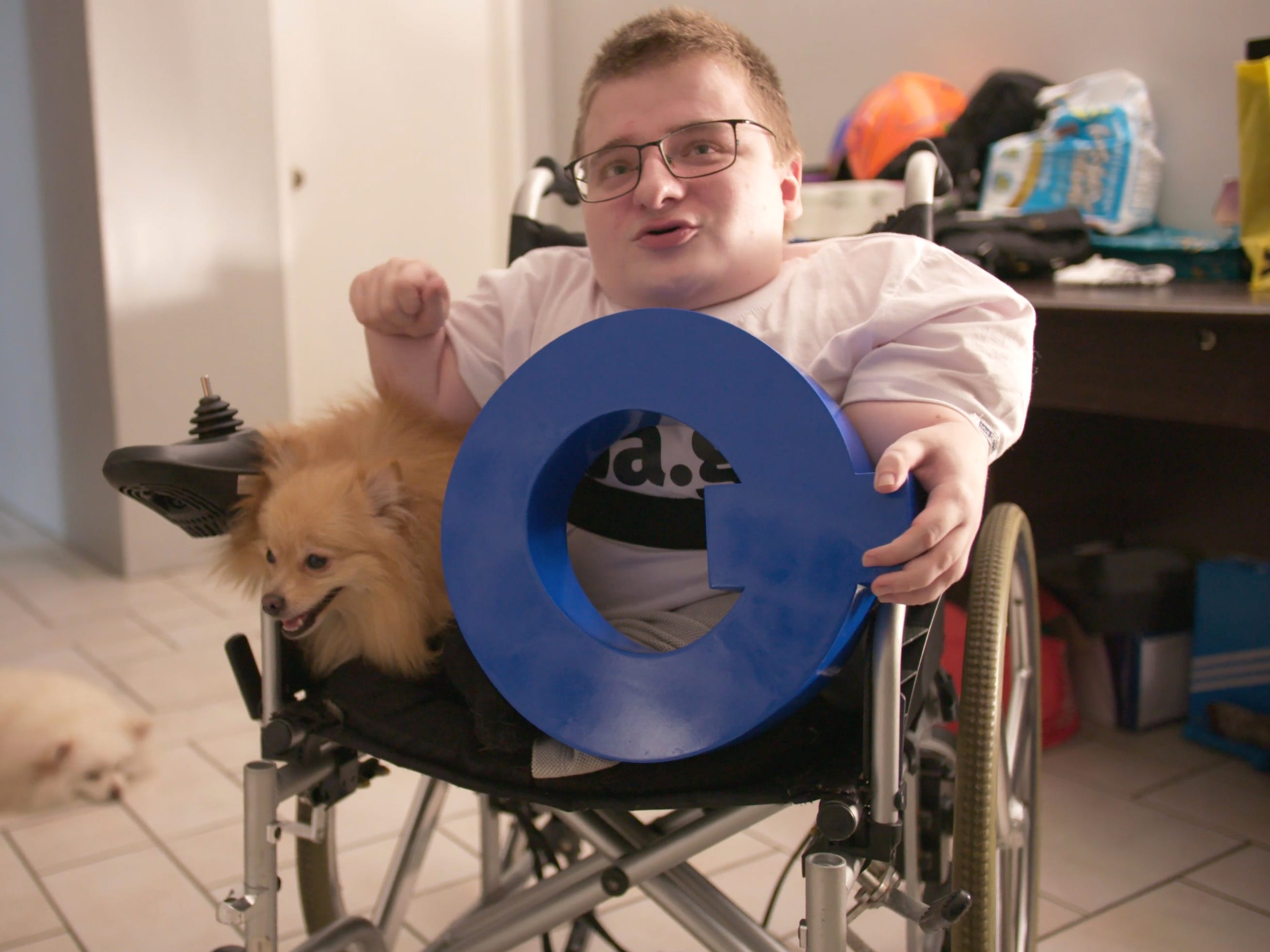 Something I found ironic was how the Watkins constantly talk about what hardcore free speech proponents they are. And yet, they got Fred Brennan to flee the Philippines by trying to get him prosecuted using the Philippines’ cyber libel law.

There’s a scene where I confront Jim on that very point. I asked him if he’s concerned about the optics of running a free speech maximalist website, while suing someone for cyber libel for having called him senile on Twitter. His response was, “No.”

And I think that tells you a lot about what he really thinks when it comes to free speech, which is that free speech is useful as a business model for him.

In the series you show the beats that led directly to the January 6th insurrection. And it was just stunning how much of the messaging got through the mainstream gatekeepers.

“Stop the Steal” is every bit a part of the QAnon conspiracy theory, which is that there is this anti-Trump cabal running the world from behind the scenes. And Trump actively promoted this bogus theory that was wholly made up by some random guys.

I tried to capture in the series how Q went from a game to reality – from a meme on the internet to people storming the Capitol. What is the nature of that alchemy?

Everything in the series is trying to capture the idea of this interactive game becoming reality. If you pretend to be something long enough, you eventually become that thing.