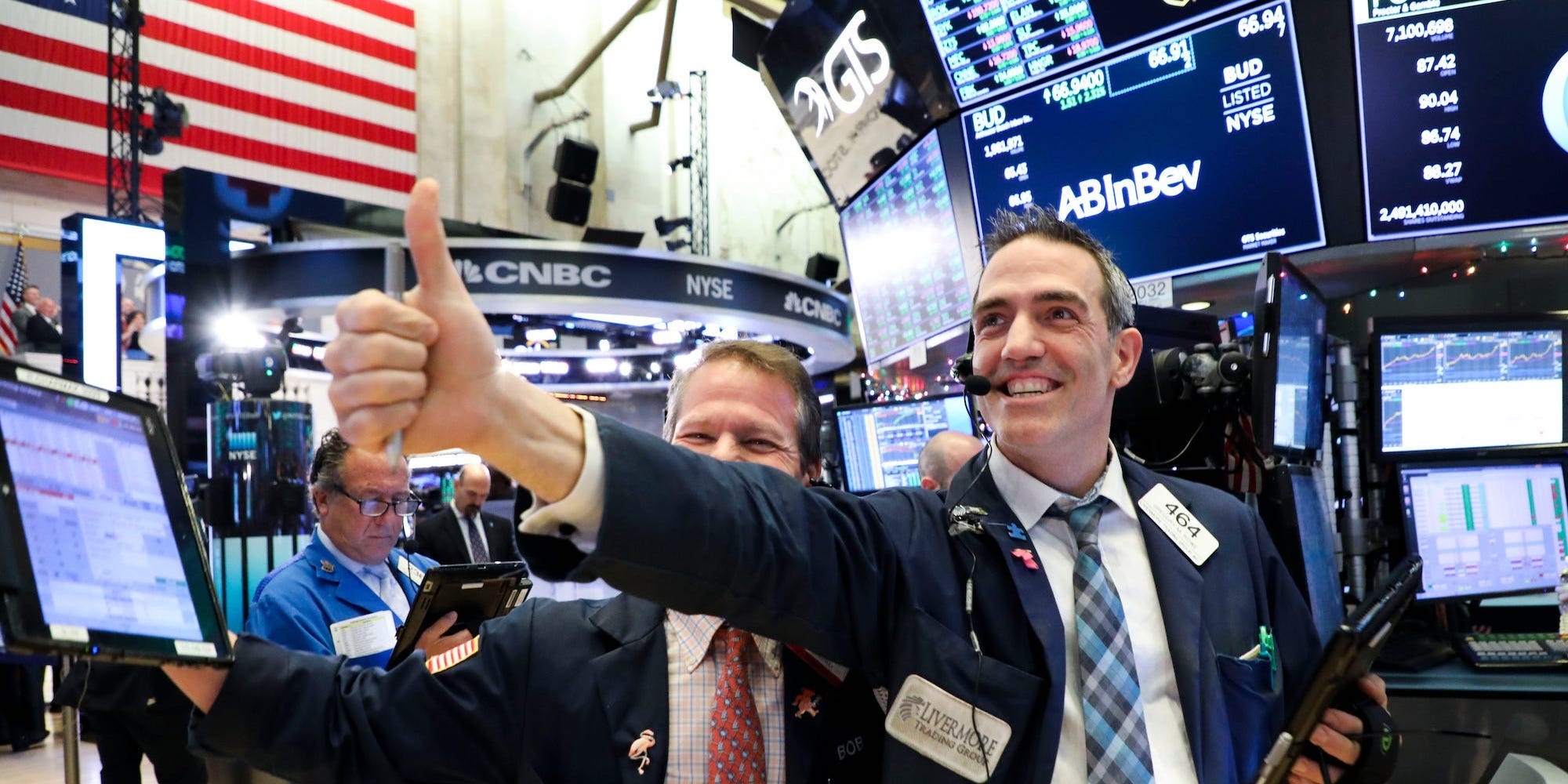 According to FactSet data released late Friday, 64% of S&P 500 companies have reported third quarter earnings as of Friday, and a record 86% of them have topped earnings estimates. Usually, only 73% have beat expectations over the past five years.

If current trends hold through the rest of this quarter’s earnings season, it would represent the highest percentage of S&P 500 companies reporting a positive EPS surprise since FactSet began tracking this metric in 2008.

And the earnings beats are sizable. According to FactSet, on average, companies are reporting earnings that are 19.3% above the estimates, which is well above the 5-year average of 5.6%.

The earnings beats are being driven by companies within the Communication Services, Energy, Industrials, and Consumer Discretionary sectors, according to FactSet.


Read more:
Warren Buffett’s Berkshire Hathaway swung from extreme caution to a flurry of deals in 6 months. We asked a bunch of experts to analyse its shifting strategy

81% of S&P 500 companies that have reported third quarter earnings so far posted a positive revenue surprise, also representing the biggest beat since 2008, if that number holds steady.

Still, despite the better than feared third quarter results, earnings are still down 9.8% year-over-year due to the COVID-19 pandemic. If that 9.8% decline holds steady until all companies report earnings, it would represent the sharpest earnings decline since the third quarter of 2009, when earnings fell 15.8%, according to FactSet.

This trend may continue into the fourth quarter, as analysts expect an earnings decline of 11.2%, according to FactSet. But investors can expect earnings growth to return in the first quarter of 2021 at a clip of 14.5%, FactSet said, citing aggregate analyst estimates.


Read more:
An unusual wrinkle in Wall Street’s fear gauge is warning that the upcoming election could trigger a prolonged period of stock-market chaos â€” one that’s much worse than the aftermath of 2016