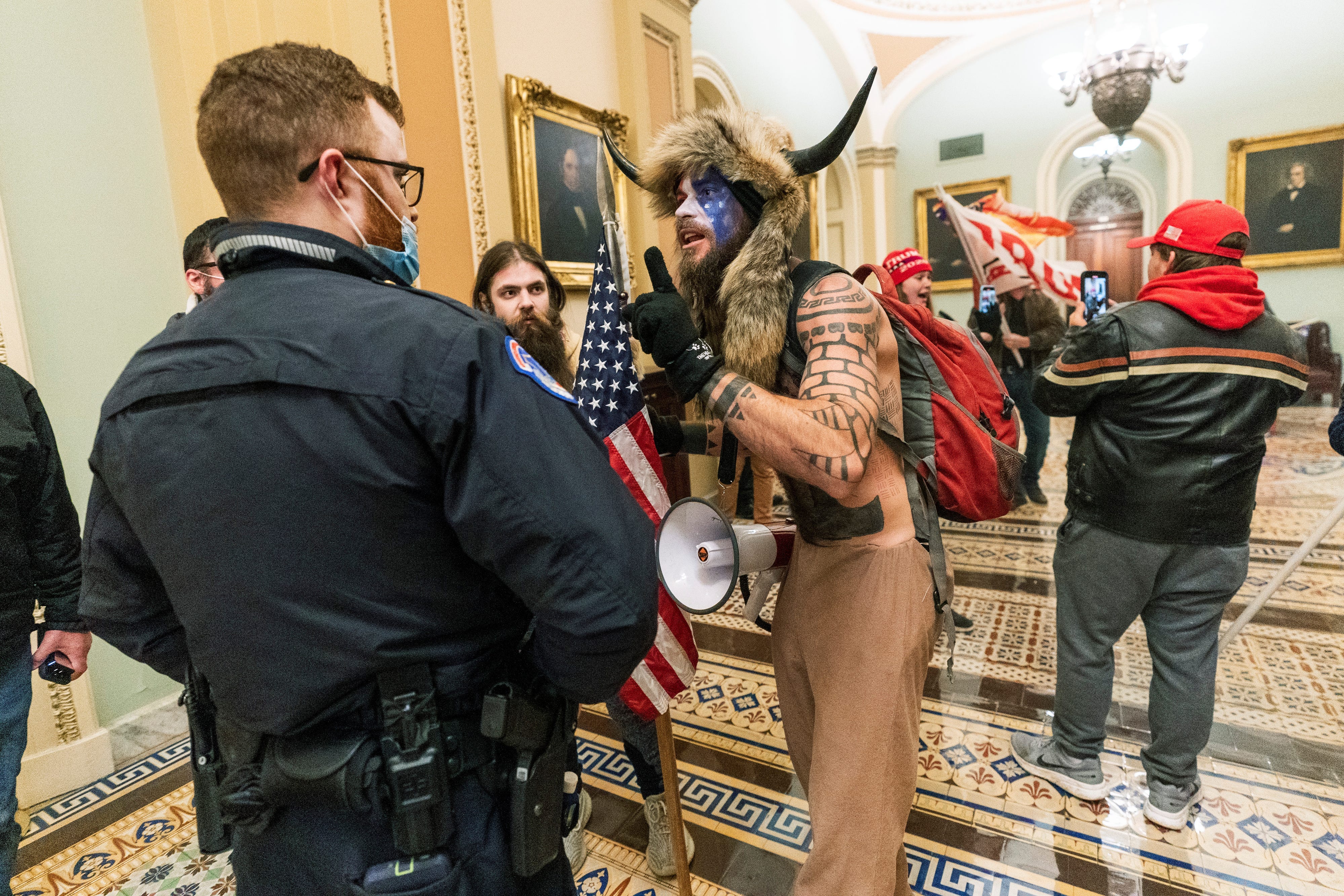 AP Photo/Manuel Balce CenetaSupporters of President Donald Trump are confronted by U.S. Capitol Police officers outside the Senate Chamber inside the Capitol in Washington.

Among the military veterans who stormed the Capitol last week as part of a pro-Trump mob is a man known as the “Q Shaman” who was seen in photos wearing a furry headdress with horns.

Jake Angeli, a prominent influencer in the QAnon conspiracy theory movement, was identified as Jacob Anthony Chansley in a Department of Justice statement Saturday announcing that he and two other men had been arrested and charged in connection with the riots.

The Justice Department said that Chansley, who was arrested Saturday, was identified as the man “who entered the Capitol building dressed in horns, a bearskin headdress, red, white and blue face paint, shirtless, and tan pants.”

DoJ added that the man, who was extremely visible during the riots, carried a spear about six feet in length that had an American flag tied below the blade.

He was seen in a similar outfit at an election protest in Arizona in November. 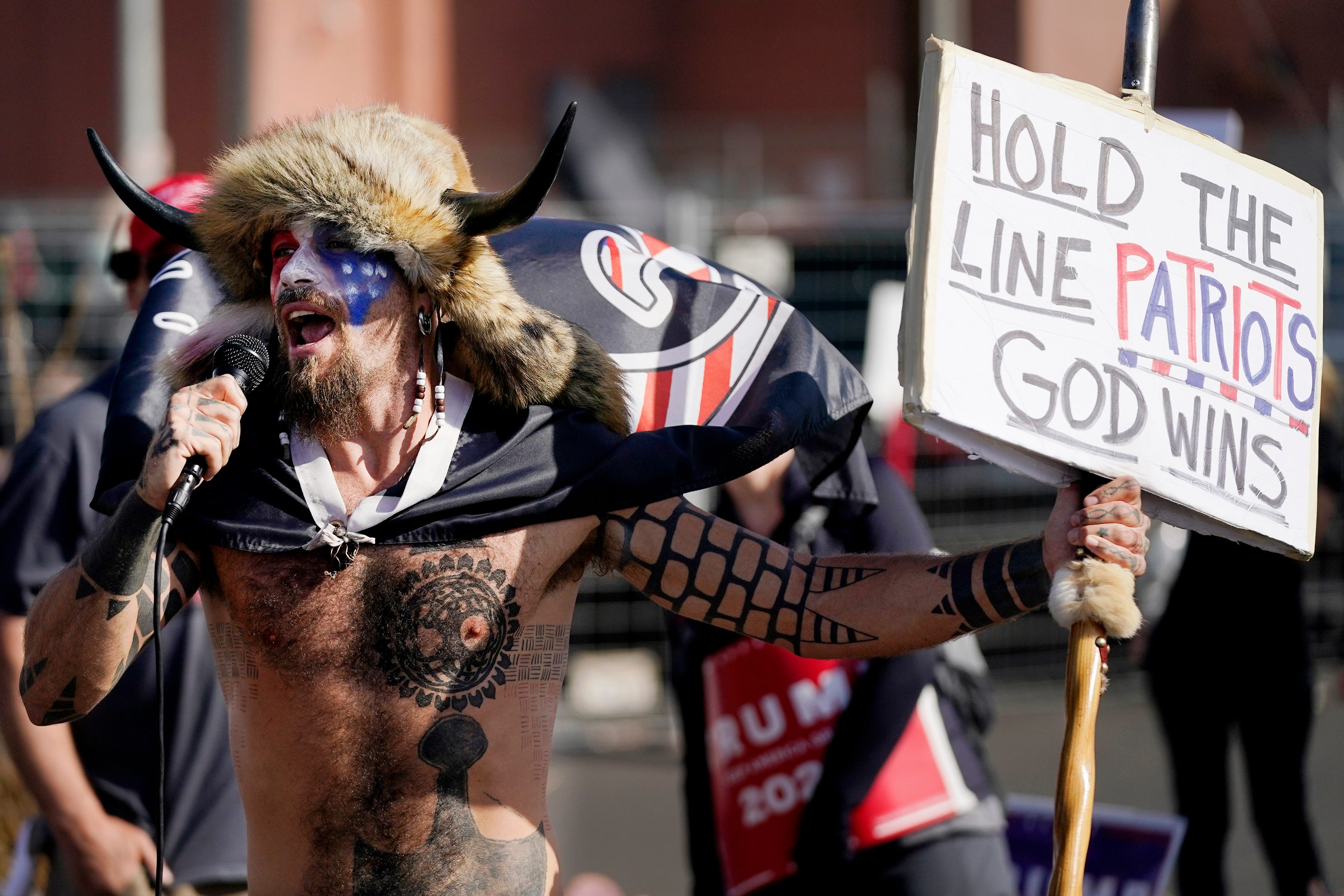 The 33-year-old Chansley, who the FBI identified by his distinct tattoos, surrendered to authorities in Phoenix, Arizona over the weekend.

As Military.com first reported, Chansley briefly served in the US Navy. He enlisted in 2005 and left in 2007 only as a supply clerk seaman apprentice.

For the majority of his two years in the armed forces, Chansley was assigned to the now-decommissioned aircraft carrier USS Kitty Hawk, according to service data provided to Insider by the Navy.

A Navy official told Task & Purpose that he was kicked out of the service after refusing to take an anthrax vaccine. Since leaving the service, Chansley has become a rising figure in the far-right QAnon movement, which appeared to fuel last week’s riots at the Capitol.

His mother, who identified him as a Navy veteran to ABC15, defended her son’s actions, characterising them as courageous.

“He’s probably one of the gentlest people I know,” Martha Chansley told the outlet. “He’s trying to get people to hear the message. Wake up. Wake up. Don’t we still live in the United States of America?”

Chansley is one of several former service members who were involved the storming of the Capitol.

Military veterans in Congress condemned former service members who participated in the assault on the Capitol.

“In attacking the Capitol, the Congress, and the Constitution that they swore to protect, any current or former military members who may have participated have disgraced themselves and committed serious crimes against the People of the United States,” Arizona Rep. Ruben Gallego, a former Marine, said in a statement Monday.

While some veterans “disgraced themselves,” as Gallego said, others distinguished themselves during the chaos. Capitol Police Officer Brian Sicknick made the ultimate sacrifice during the defence of the Capitol. The 42-year-old Air National Guard veteran was killed in the line of duty.