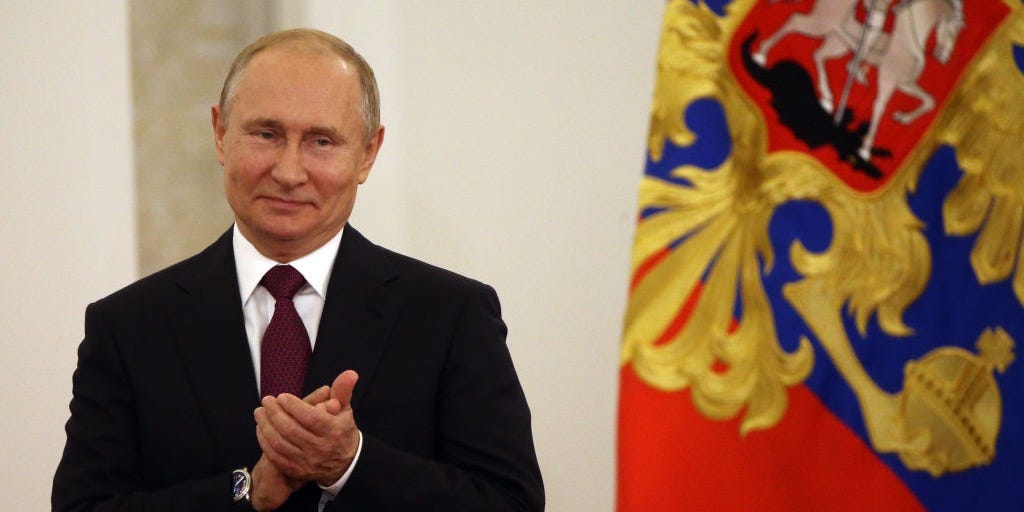 Photo by Mikhail Svetlov/Getty ImagesRussian President Vladimir Putin at the State Awards Ceremony at the Grand Kremlin Palace in Moscow.

Russian President Vladimir Putin says his government has approved the world’s first coronavirus vaccine and even given his daughter a shot of it, despite concerns that the product has not been properly tested.

“I know that it works quite effectively, forms strong immunity, and, I repeat, it has passed all the needed checks,” Putin said on Tuesday, according to Reuters.

He said one of his two daughters had been given the drug and was feeling well, according to the Associated Press, adding that he hoped the vaccine would begin mass production soon.

Russia has rolled out a COVID-19 vaccine at a fast pace even compared with other countries. Some officials have characterised the process as a race with other nations, particularly the US.


Read more:
There are more than 160 research programs hunting for a coronavirus vaccine. Here’s how the top drugmakers see the race for a cure playing out and when the first shots might be available.

But scientists outside Russia have raised significant concerns about the so-called Gamaleya vaccine, named after the Gamaleya Institute in Moscow where it is being developed.

The concerns stem from the fact that the vaccine has not undergone phase 3 trials, which are considered essential to guarantee the safety of a vaccine.

There were widespread reports last month that scientists at the Gamaleya Institute had injected themselves with the prototype to speed up the development, and rushed through other tests.

Russia’s Association of Clinical Research Organisations said the decision by scientists to inject themselves was a “crude violation of the very foundations of clinical research, Russian law, and universally accepted international regulations,”according to the Associated Press.

Phase 3 trials, which usually involve thousands of participants, will instead begin after the vaccine has received regulatory approval, Reuters reported.


Read more:
The first look at human data from the coronavirus-vaccine front-runners is in. Here’s how Pfizer, Moderna, and AstraZeneca stack up as they race to have their shots ready this fall.

Russian government sources told Reuters last month that health workers would be offered the vaccine on a voluntary basis after it had received regulatory approval.