THEN AND NOW: The cast of 'Pulp Fiction' 26 years later 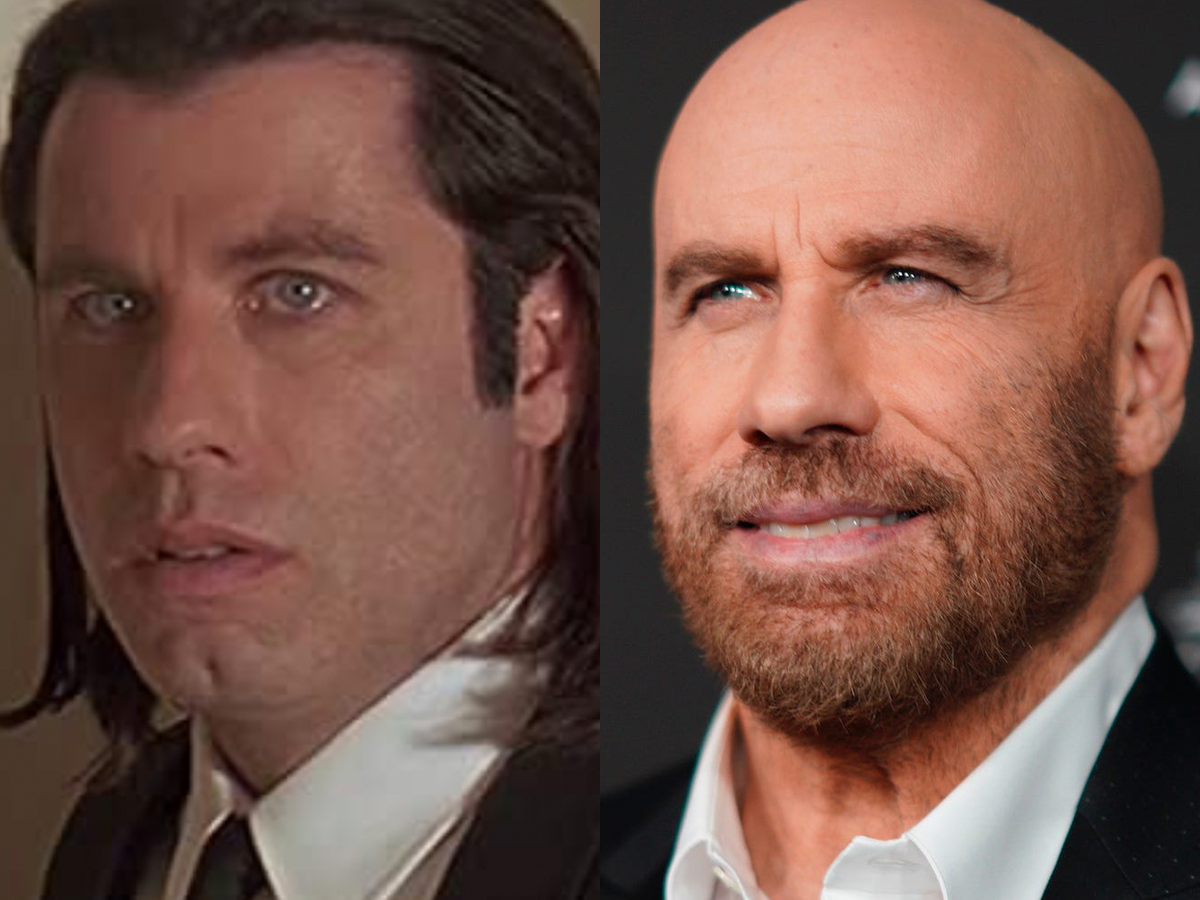 Although it’s been over two decades since the film hit theatres, it’s remained a cult classic in the hearts of Tarantino’s fans, and beyond.

Read on to see what the leading cast of “Pulp Fiction” has been doing since the mid-1990s. 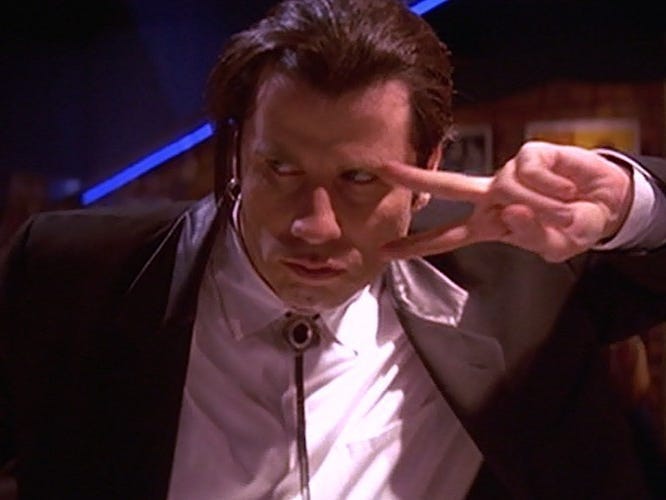 Before “Pulp Fiction,” John Travolta made it big starring on ABC’s “Welcome Back, Kotter” and went on to blockbuster hits like “Carrie,” “Saturday Night Fever,” and “Grease.”

Since “Pulp Fiction,” Travolta has gone on to star in a number of well-received films. 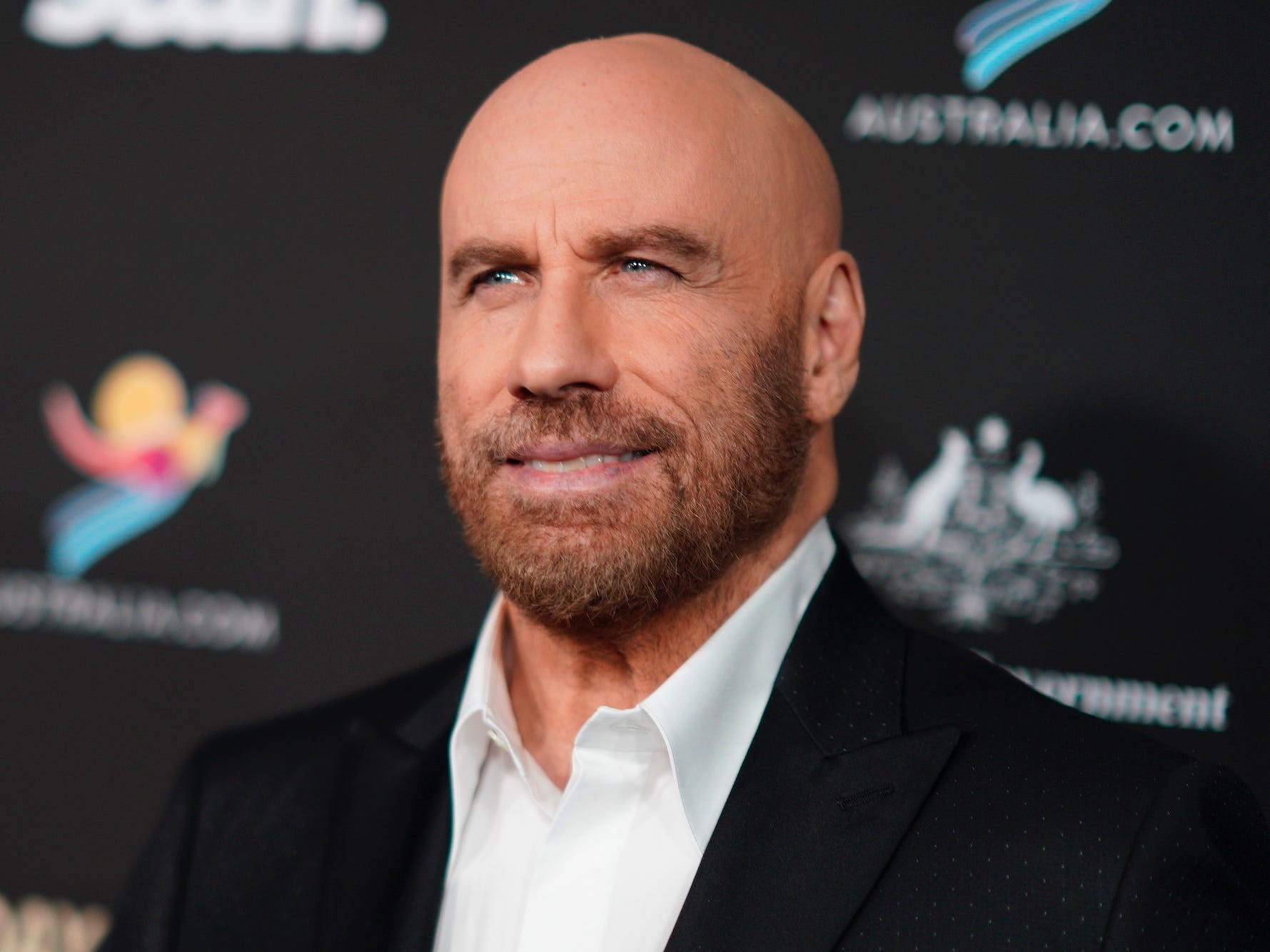 Tony Forte/MediaPunch/IPXJohn Travolta at the G’Day USA Standing Together event in 2020.

After the success of “Pulp Fiction,” Travolta nabbed starring roles in films like “Get Shorty,” “Phenomenon,” “Face/Off,” “Primary Colours,” “The General’s Daughter,” and “Hairspray.”

The actor also returned to TV in 2016 to produce and star as Robert Shapiro on FX’s “American Crime Story: The People v. O.J. Simpson.”

In the past five years, he’s appeared in a number of smaller films, including “Gotti,” Trading Paint,” and “The Fanatic.”

Most recently, the actor was starring on the Quibi series “Die Hart.” 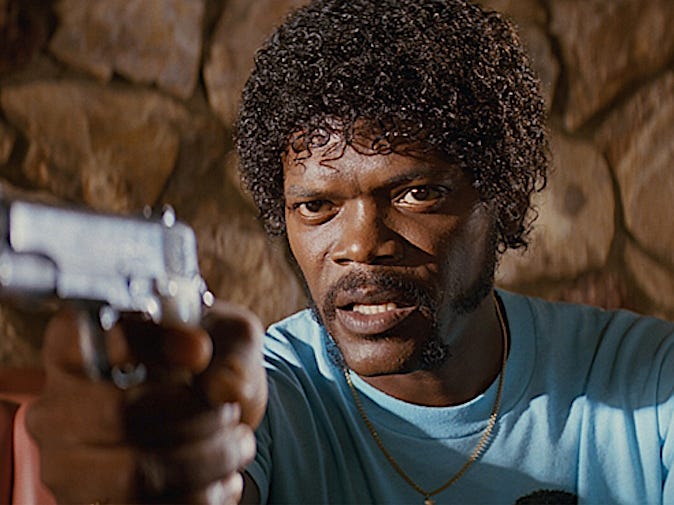 Throughout his early career, he appeared in “Ragtime,” “School Daze,” “Coming to America,” “Do the Right Thing,” and “Goodfellas,” before starring in Spike Lee’s “Jungle Fever” in 1991.

Jackson has starred in over 100 films and is now well known for his role in the Marvel Cinematic Universe. 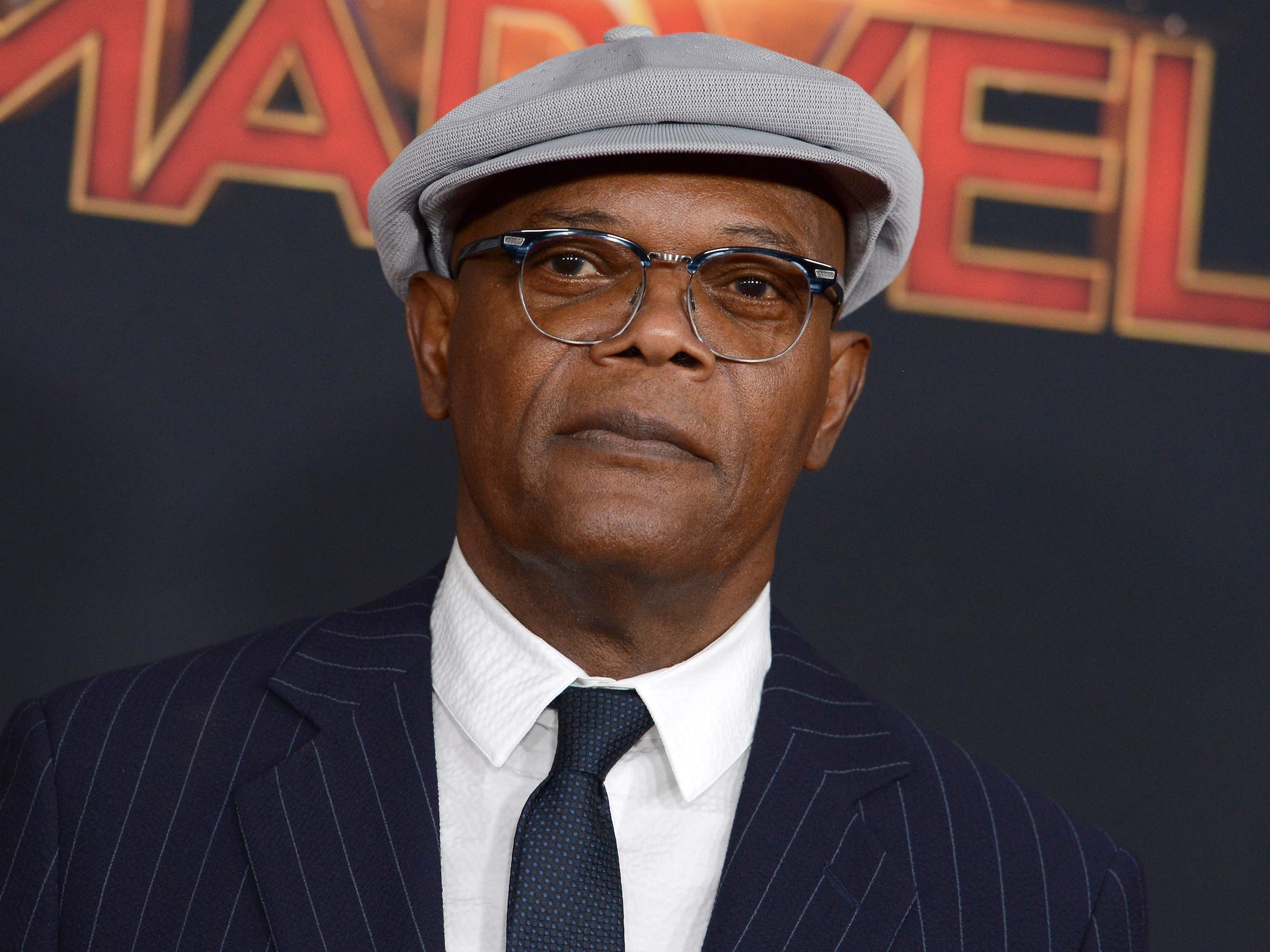 Jordan Strauss/Invision/APSamuel L. Jackson at the premiere of ‘Captain Marvel.’

After “Pulp Fiction,” Jackson went on to films like “Losing Isaiah,” “Die Hard With a Vengeance,” “A Time to Kill,” “A Long Kiss Goodnight,” the “Star Wars” series, “Shaft,” ” Kill Bill: Volume 2,” the “Incredibles” series, and “Snakes on a Plane.”

Since 2008, he’s starred as Nick Fury in the Marvel Cinematic Universe, appearing in films like the “Iron Man” series, “Thor,” the “Avengers” series, the “Captain America” series, and “Captain Marvel.”

Jackson also reunited with “Pulp Fiction” creator Tarantino for “Django Unchained” and “The Hateful Eight,” and he worked with another popular director, M. Night Shyamalan, for “Glass.”

His latest project, the Netflix mockumentary “Death to 2020,” is set to premiere at the end of December.

The actor is currently working on the upcoming films “The Asset,” “Spiral: From the Book of Saw,” “The Hitman’s Wife’s Bodyguard,” and “Blazing Samurai.”

Jackson is also set to reprise his Marvel role on the new Disney Plus series “What If…?” and “Secret Invasion.” 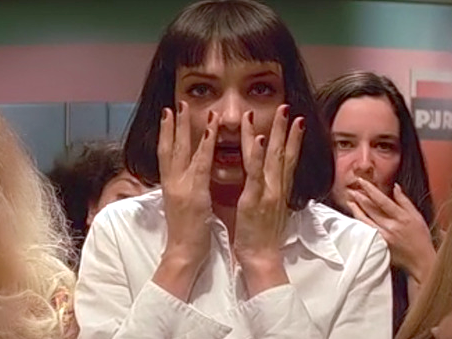 Uma Thurman began her career as a model at the age of 15, and it wasn’t until after gracing the covers of British Vogue in 1985 and 1986 that she turned her attention to acting.

She landed a role in 1987’s “Kiss Daddy Goodnight,” and went on to appear in “Dangerous Liaisons” alongside Glenn Close, Michelle Pfeiffer, and Keanu Reeves.

Thurman has continued acting on the screen and also made her Broadway debut. 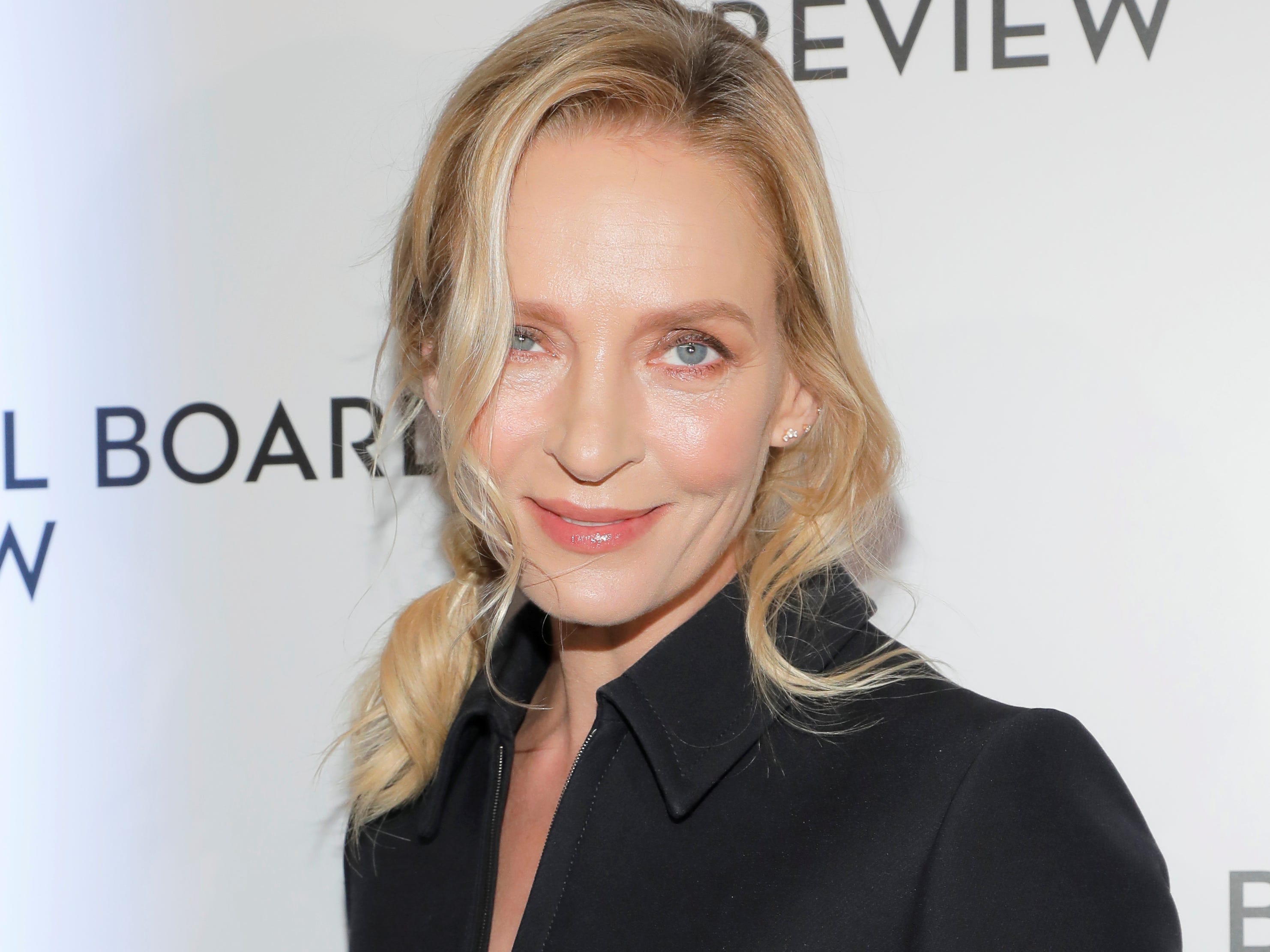 Since her role in “Pulp Fiction,” Thurman has appeared in a number of box-office hits, such as “The Truth About Cats and Dogs,” “Batman and Robin,” “Les Misérables,” and the “Kill Bill” series – with Tarantino.

She later starred in “The Producers,” “Percy Jackson and the Olympians: The Lightning Thief,” “The House That Jack Built,” and, most recently, “The War With Grandpa.”

Additionally, the actress is currently involved in the Seattle Rep’s virtual series “Plays in Process,” which goes behind the scenes of the theatre’s upcoming projects. 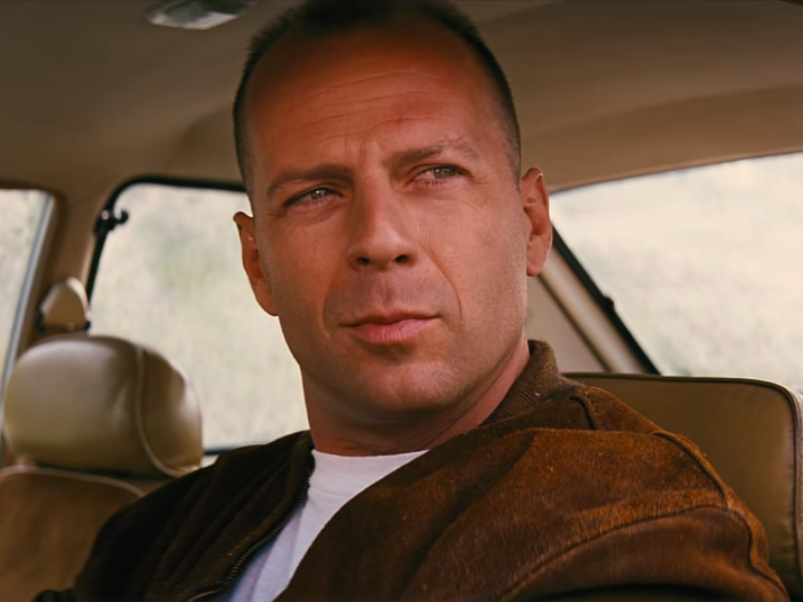 The famed actor has now appeared in over 90 films. 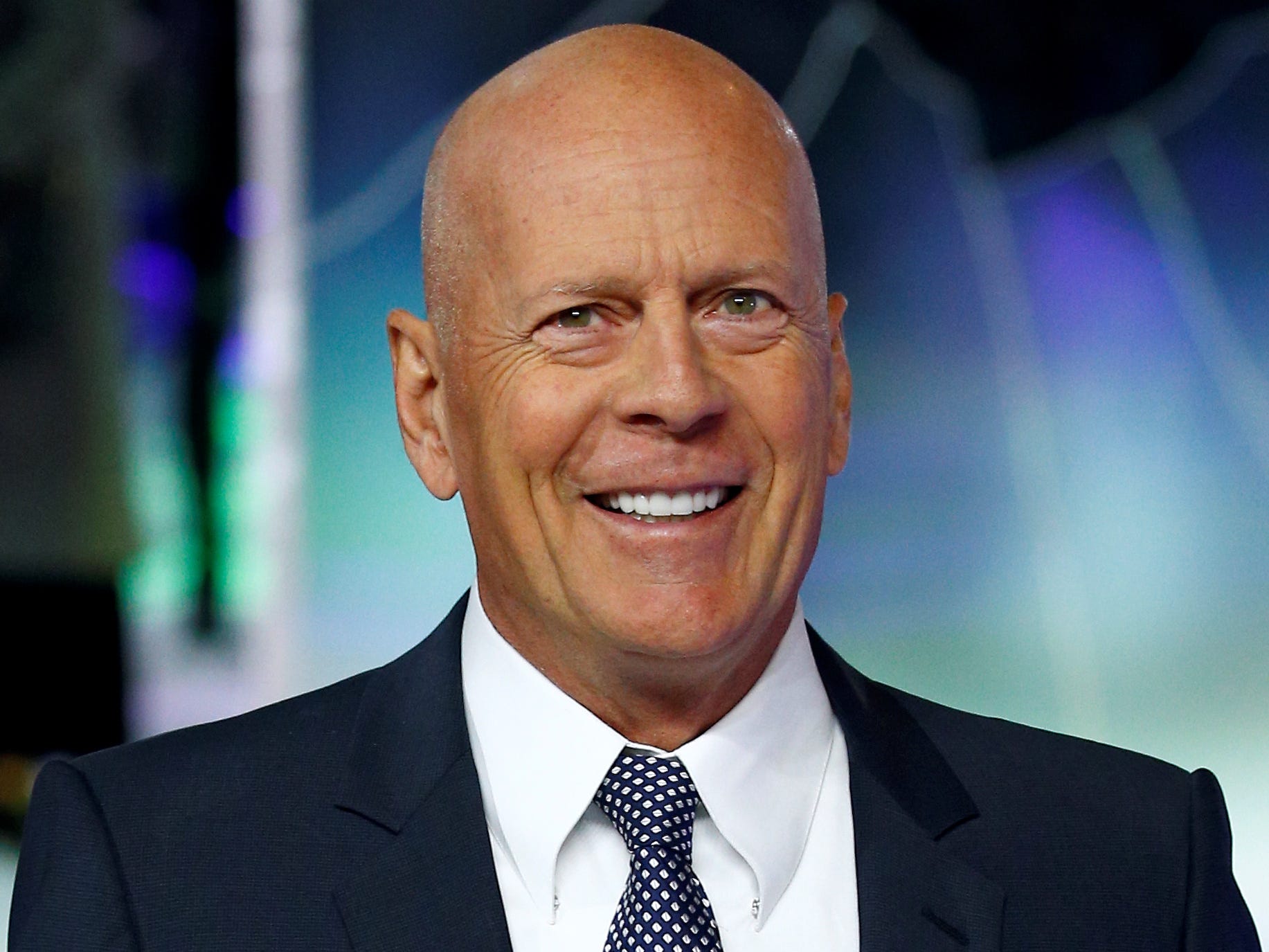 After his role in the Tarantino film, Willis went on to “Die Hard With a Vengeance,” “12 Monkeys,” “The Fifth Element,” “Mercury Rising,” “Armageddon,” “The Sixth Sense,” “Unbreakable,” “Rugrats Go Wild,” “Live Free or Die Hard,” “RED,” “Moonrise Kingdom,” and “A Good Day to Die Hard.”

He’s also appeared on shows such as Fox’s “Ally McBeal,” NBC’s “Mad About You,” and NBC’s “Friends.”

In 2015, he made his Broadway debut in the stage adaptation of Stephen King’s “Misery.”

Most recently, Willis appeared in “Survive the Night,” “Hard Kill,” and “Breach,” and he’s currently working on a number of films. 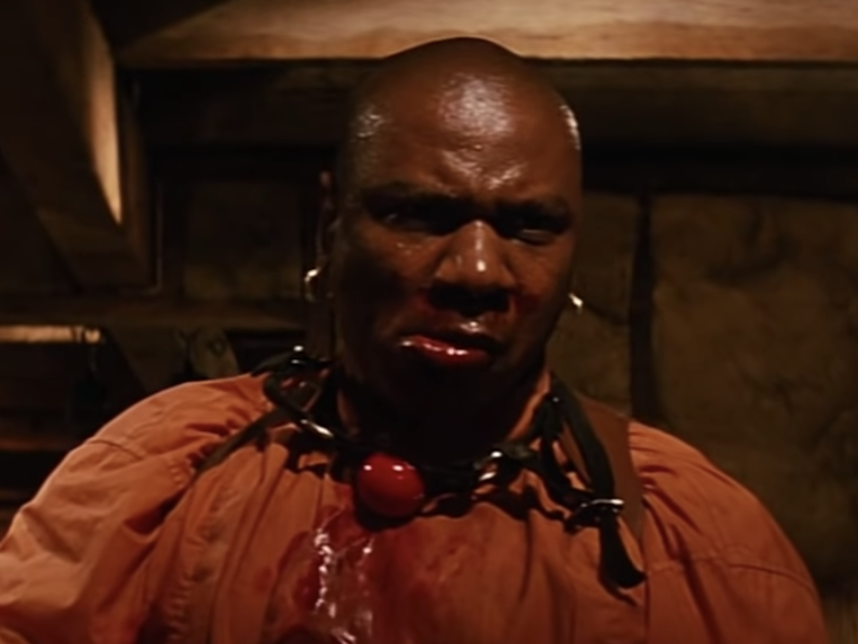 Ving Rhames acted in several roles prior to his career-boosting part in “Pulp Fiction.” The now-famed actor studied at Julliard School of Drama and started his career on Broadway in the 1985 play “The Boys of Winter.”

Rhames went on to act in films such as “The Long Walk Home,” “Jacob’s Ladder,” “The People Under the Stairs,” and “The Saint of Fort Washington.” He also appeared on TV shows like NBC’s “Miami Vice” and “ER.”

Rhames is now well known for his role in the “Mission: Impossible” franchise. 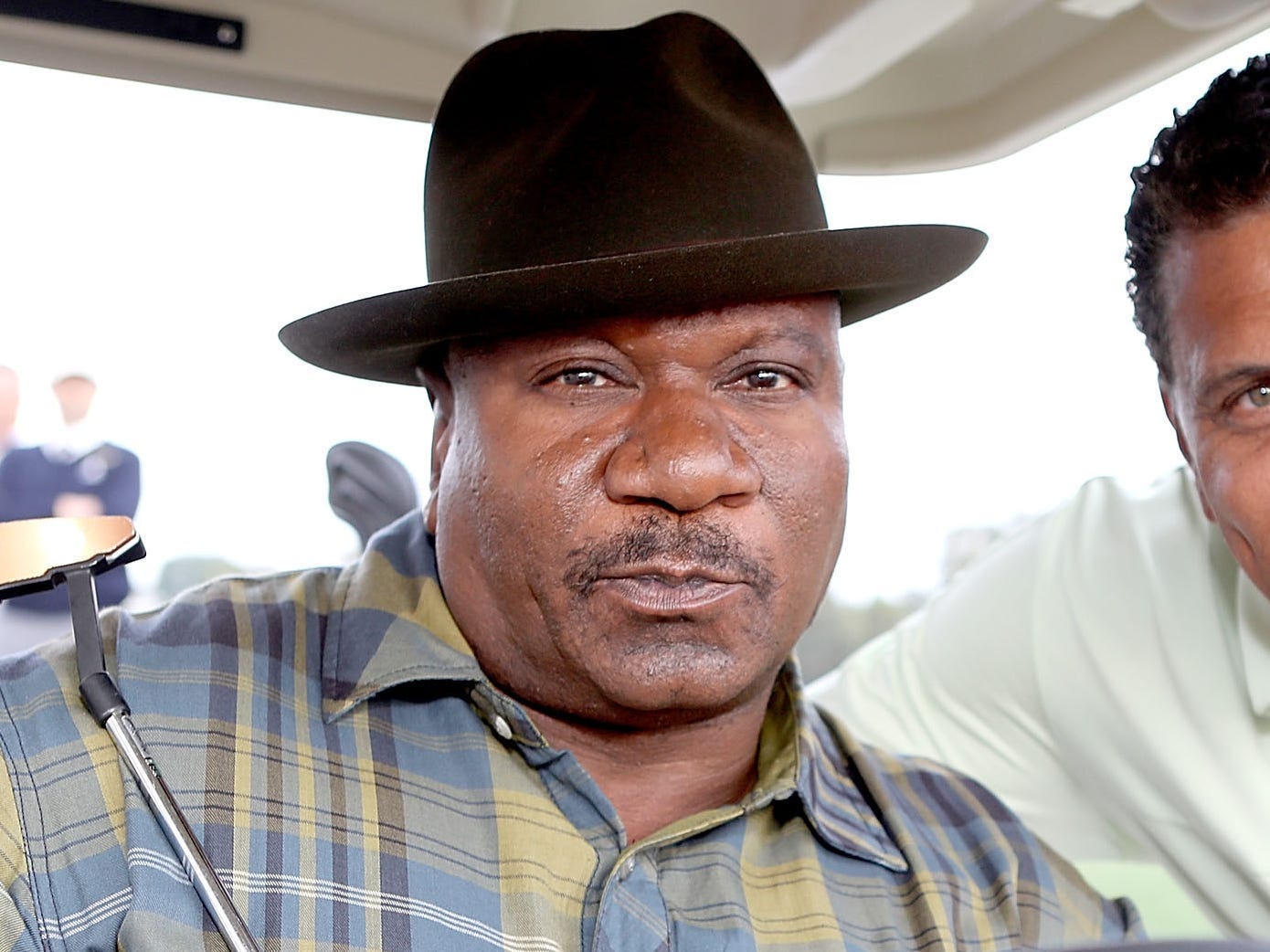 Shortly after “Pulp Fiction,” Rhames landed the role of Luther Stickell in “Mission: Impossible.” By 2000, he’d starred in several box-office hits, such as “Striptease,” “Con Air,” and “Entrapment.”

Throughout the early 2000s, the actor took on roles in the “Mission: Impossible” sequels, “Baby Boy,” “Lilo and Stitch,” “Idlewild,” “I Now Pronounce You Chuck and Larry,” and many others.

In addition to voice acting in films and on TV shows, he’s also the famous voice behind the fast-food chain Arby’s commercials.

Maria de Medeiros took on the role of Fabienne. 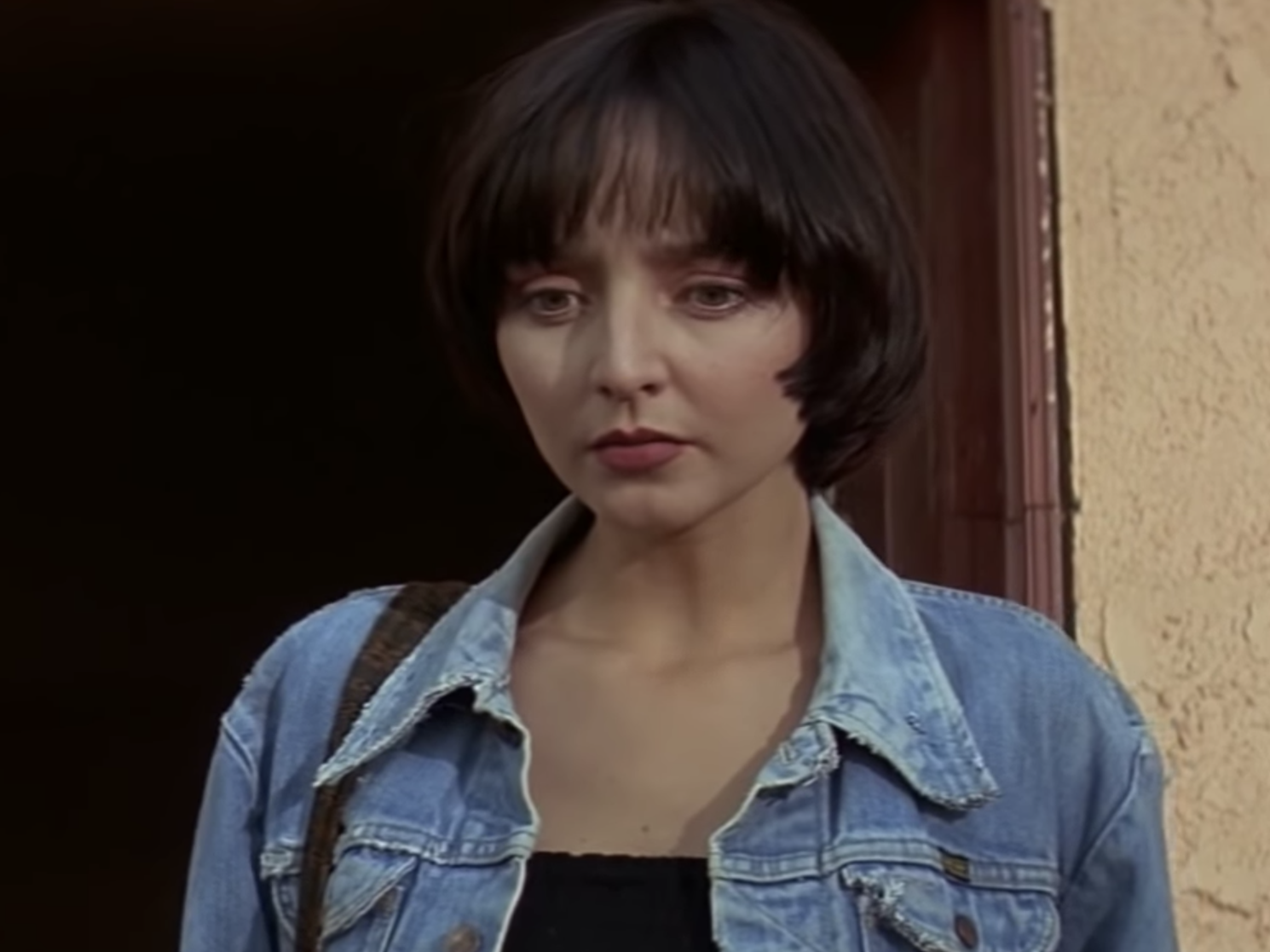 De Medeiros is still acting and has also released a few albums. 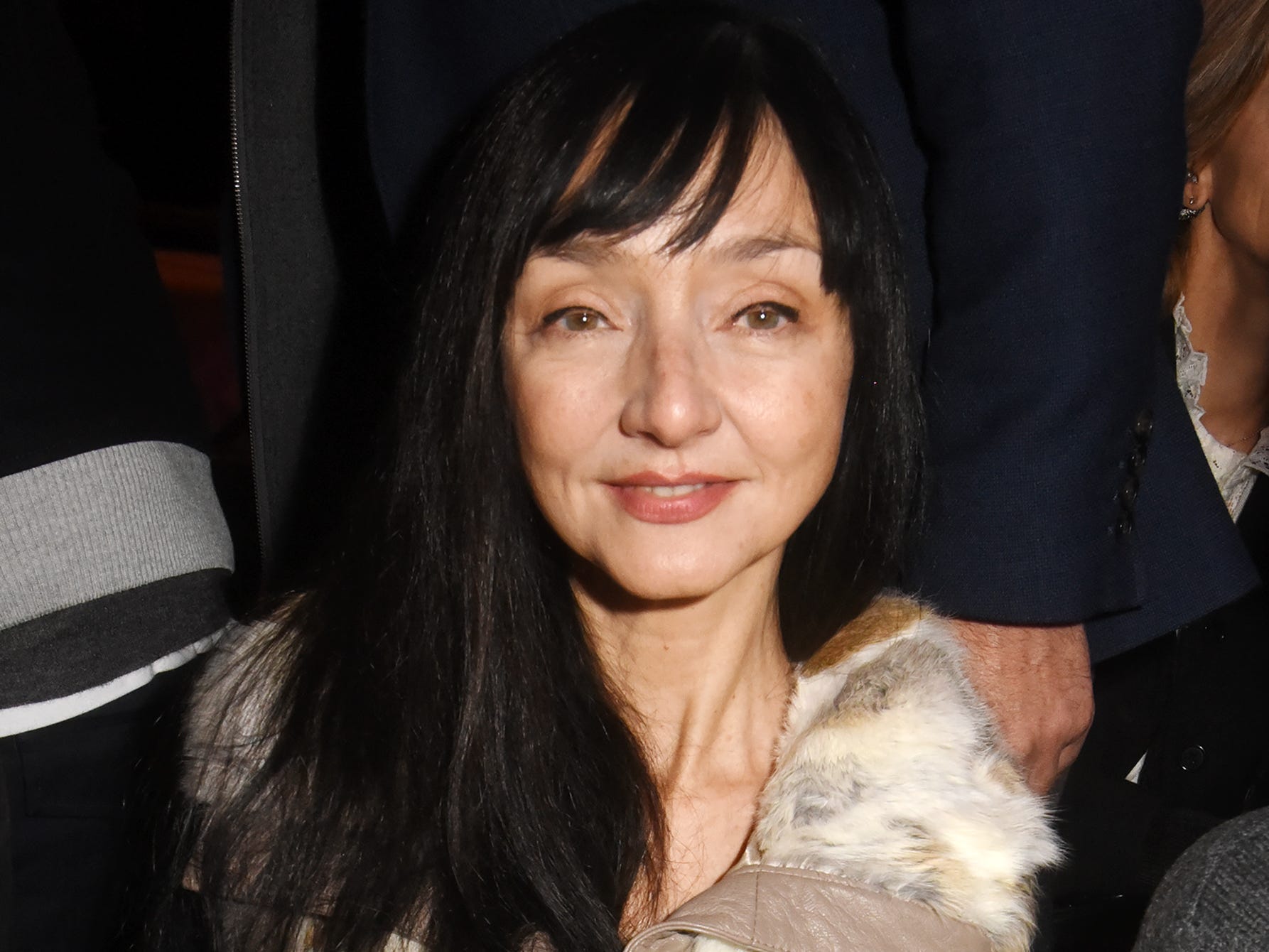 Foc Kan/WireImage/Getty ImagesMaria de Medeiros is an actress and a singer.

Through the years, De Medeiros has had a successful acting career in the US and abroad.

Some of her films after “Pulp Fiction” include “The Woman in the Moon,” “Porto of My Childhood,” “The Saddest Music in the World,” “The Killer,” “Moral Order,” and “In the Country of Last Things.”

Additionally, outside of acting, she’s released four albums to date – the most recent being 2016’s “The Piano’s Playing the Devil’s Tune” with Phoebe Killdeer and The Shift. 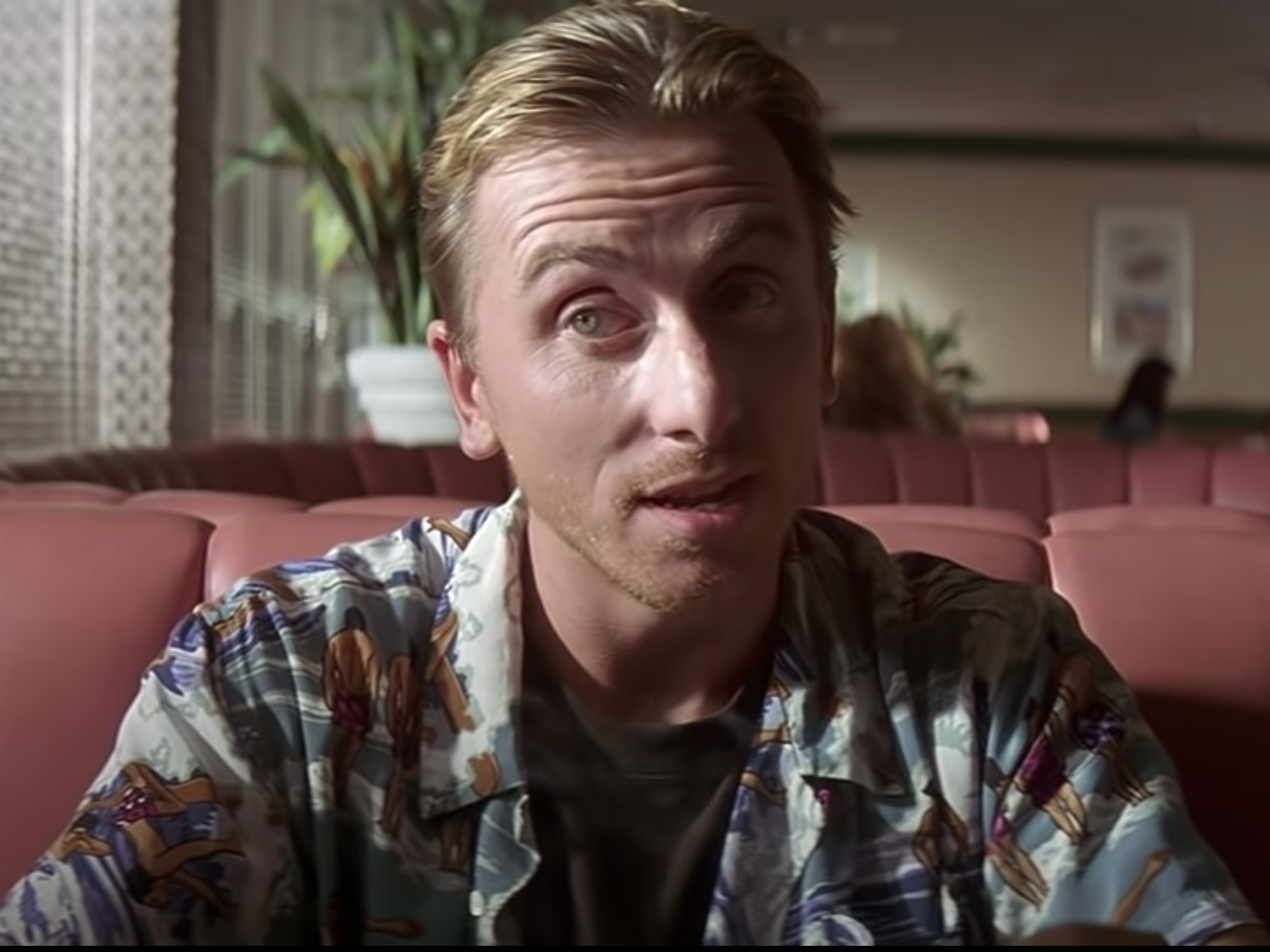 Before “Pulp Fiction,” English actor Tim Roth made a name for himself in films like “A World Apart,” “The Cook, the Thief, His Wife and Her Lover,” “Rosencrantz and Guildenstern Are Dead,” and “Reservoir Dogs.”

Since his role in “Pulp Fiction,” Roth has gone on to star in a number of films and on television shows. 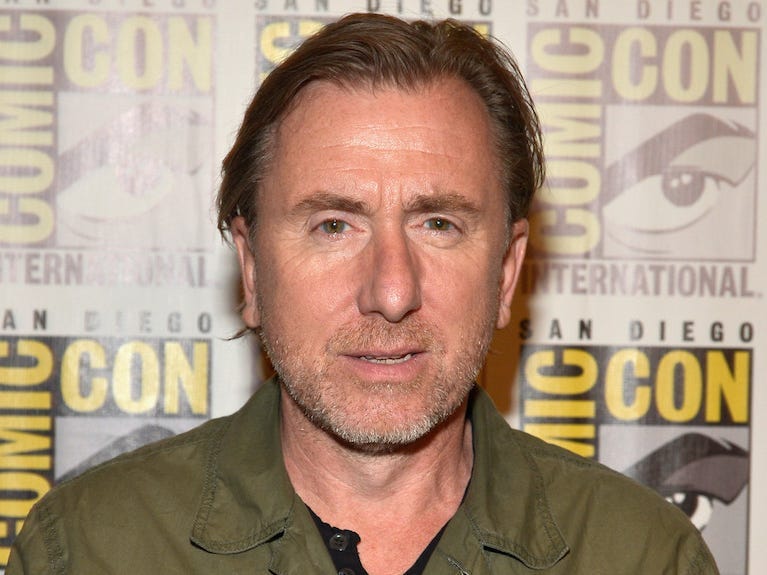 Roth has gone on to a successful acting career over the last two and half decades, starring in films such as “Rob Roy,” “Gridlock’d,” “Planet of the Apes,” “The Incredible Hulk,” “Selma,” and “The Hateful Eight.”

Additionally, the actor has taken on roles for the small screen, appearing on Fox’s “Lie to Me,” Showtime’s “Twin Peaks,” and Sky Atlantic’s “Tin Star.”

Most recently, Roth acted in Tarantino’s “Once Upon a Time in Hollywood” and appeared in “The Song of Names.” He is currently working on a few upcoming movies, including “The Jesuit” and “The Misfits.”

The actor is also set to reprise his villainous role on Disney Plus’ upcoming “She-Hulk” series.

Amanda Plummer took on the role of Yolanda/Honey Bunny. 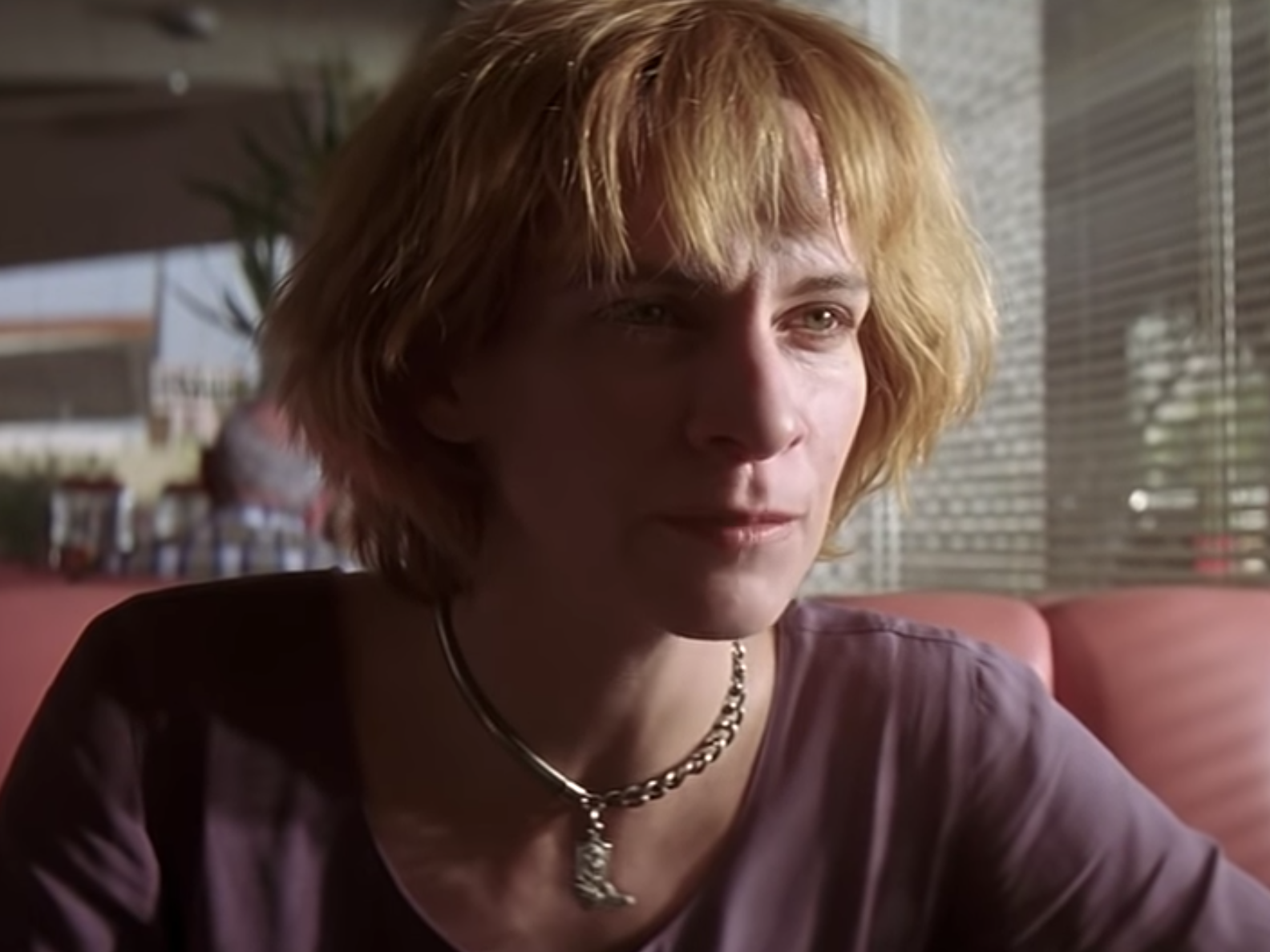 The daughter of Canadian actor Christopher Plummer and American actress Tammy Grimes, Amanda Plummer began her acting career in the 1981 film “Cattle Annie and Little Britches.” She went on to success throughout the 1980s in “The World According to Garp,” “Daniel,” and “The Hotel New Hampshire.”

Leading up to her role as Yolanda/Honey Bunny, the actress also worked on Broadway in plays such as “A Taste of Honey” – which earned her a Tony nomination – and “The Glass Menagerie.”

Plummer has continued to act both on the screen and on the stage. 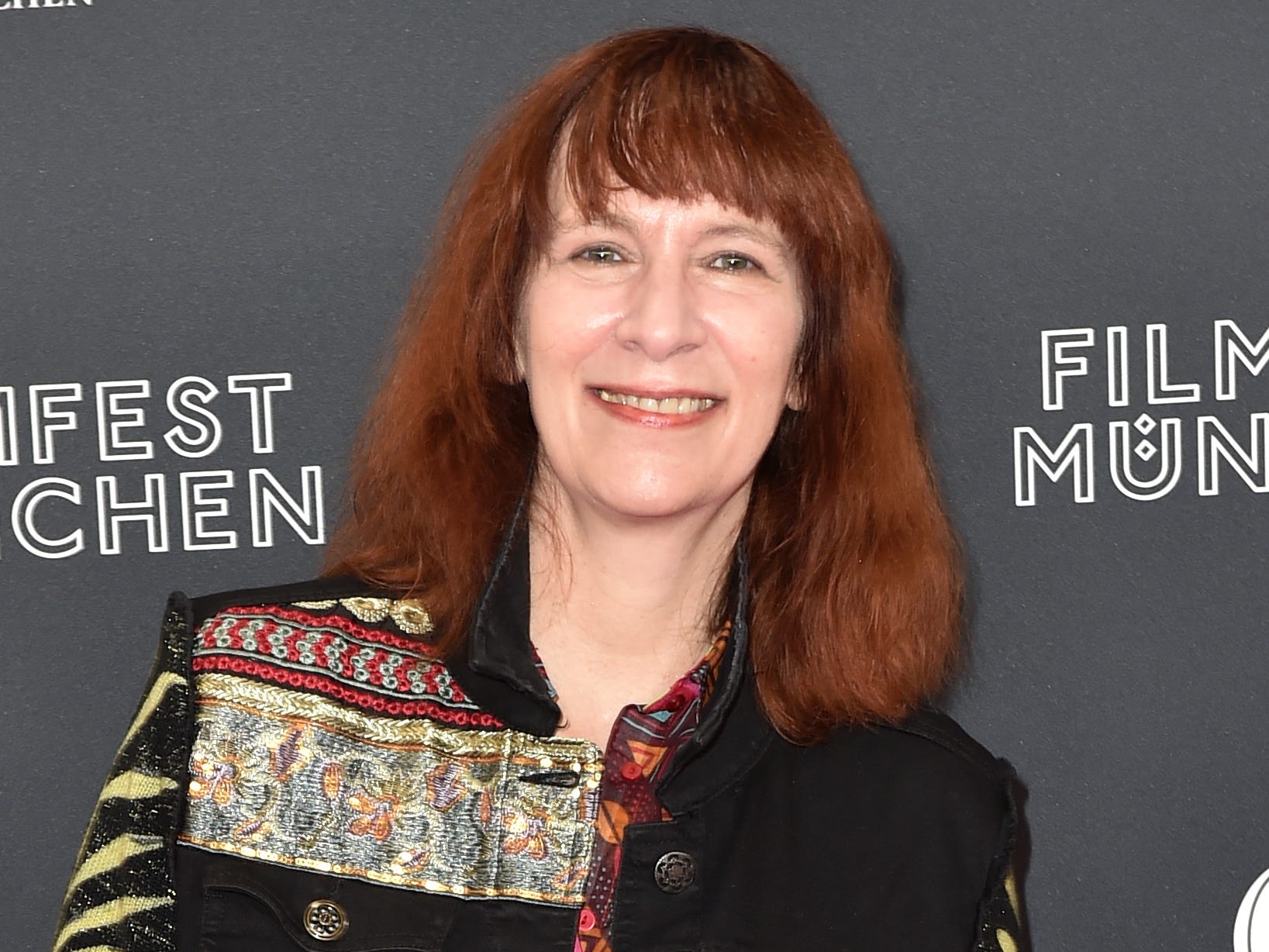 Hannes Magerstaedt/Getty ImagesAmanda Plummer has gone on to successful roles since ‘Pulp Fiction.’

Since her memorable role as Honey Bunny, Plummer has gone on to films such as “Hercules,” “A Simple Wish,” “Get a Clue,” “Mimic: Sentinel,” “Girlfriend,” and “The Hunger Games: Catching Fire.”

She has also taken on a number of stage roles, her most recent being “The Night of the Iguana” in 2017.