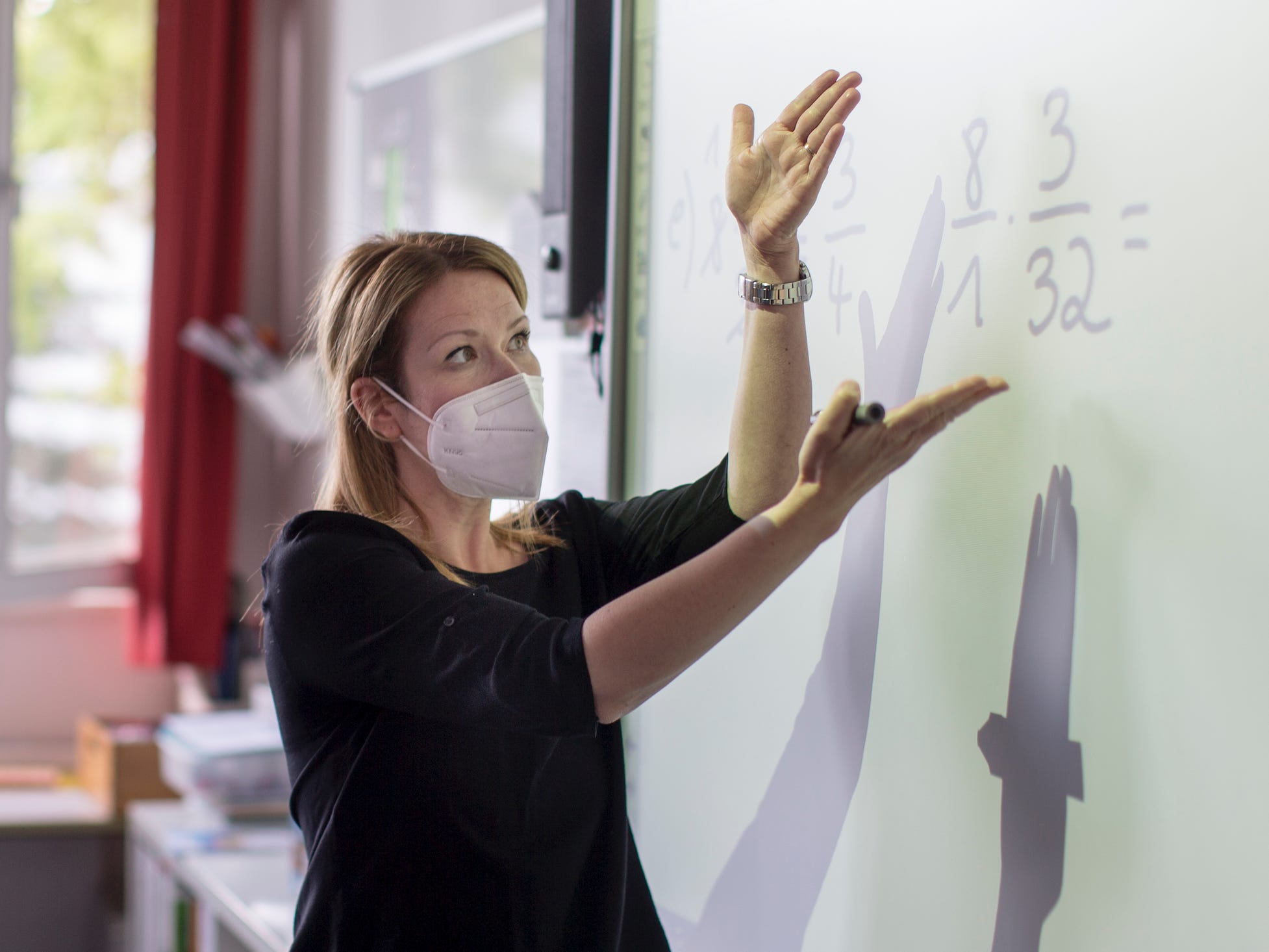 Christian Ender/Getty ImagesA teacher explains mathematics during a lesson with sixth graders, who are sitting at socially distanced desks, on the second day back at class since March (during the novel coronavirus pandemic) on May 5, 2020 in Berlin, Germany.

A new report from the Economic Policy Institute (EPI) found that public school teachers were paid about 20% less in weekly wages than college-educated peers in 2019.

The authors also note that this wage penalty drop comes after teacher strikes in the past year, although it’s too soon to know if those directly led to the decline.

The wage penalty is also actually worse for men than women, although women used to experience a “wage premium” â€” where their wages exceeded fellow female peers â€” in the 1960s and 1970s. They also started running against a wage penalty around 1996. While teachers do generally get better benefit packages than workers in similar positions, with benefits included they still face a “compensation gap” of 10.2%.

Notably, this research â€” and these figures â€” paint a picture of a pre-coronavirus economy. By May, the coronavirus recession had already “dwarfed” the Great Recession. As Reuters reported in June, hundreds of thousands of teachers had been laid off, contributing to record unemployment numbers.

According to the EPI report, while K-12 jobs rebounded a little following large declines in the spring, August 2020 employment was still 5.7% down from February â€” or around 462,100 jobs.

“Even if schools had their budgets from last year, it would be more than a strain to invest in the supplies, protocols, and personnel needed to effectively and safely open up amid the pandemic,” Allegretto and Mishel write.

Teachers that Insider spoke to already reported putting in extra work over the summer to adapt to remote or hybrid working.

And, as states began to face budget cuts, K-12 funding has already found itself on the chopping block in several states. One NPR piece by Cory Turner breaking down the financial situation is titled, “A Looming Financial Meltdown For America’s Schools.”

“In the last recession and recovery, reduced spending for Kâ€”12 schools and the corresponding cutbacks in teacher salaries were conscious policy choices and were frequently done to accommodate tax cuts for corporations and the rich,” Allegretto and Mishel write. “It is critically important that these policy errors not be made again.”