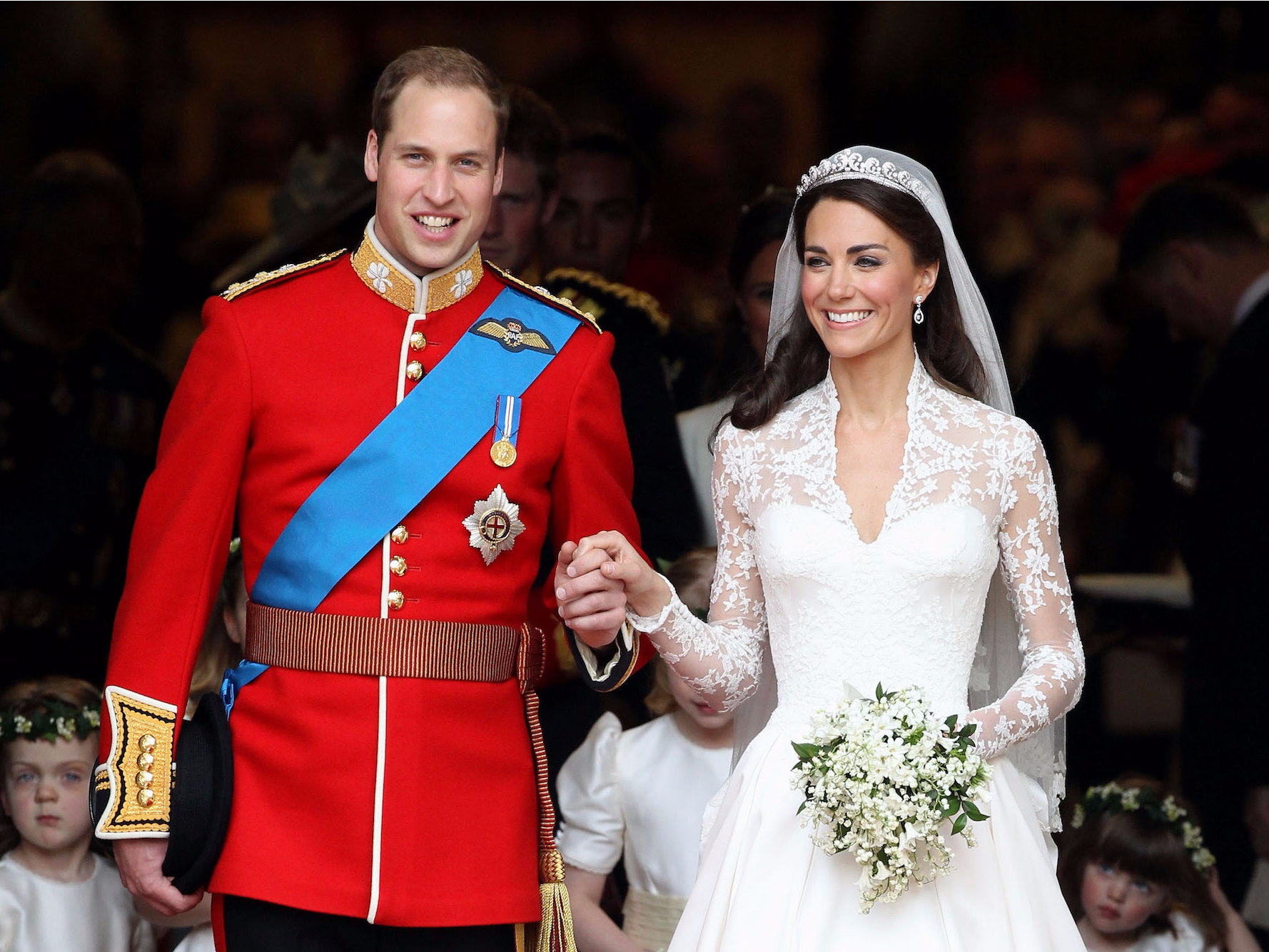 Kate Middleton and Prince William have known each other since they were in college and have been married since 2011. And as many have noticed, they rarely show affection in public.

The reason these two are rarely photographed displaying affection could be related to royal etiquette and professionalism. When in public, Prince William and Middleton represent the British monarchy and it seems like an unwritten rule that royals should remain professional in public – this could include limiting their public displays of affection (PDA).

But there are rare occasions when Middleton and Prince William show PDA – whether it’s a kiss on the cheek, a hug, or even just putting a hand on the other’s back.

The couple celebrated their college graduation with a cosy portrait. Middleton and Prince William were friends in college and they both graduated from the University of St. Andrews in Scotland.

In their early days of dating, they were much more affectionate in public. 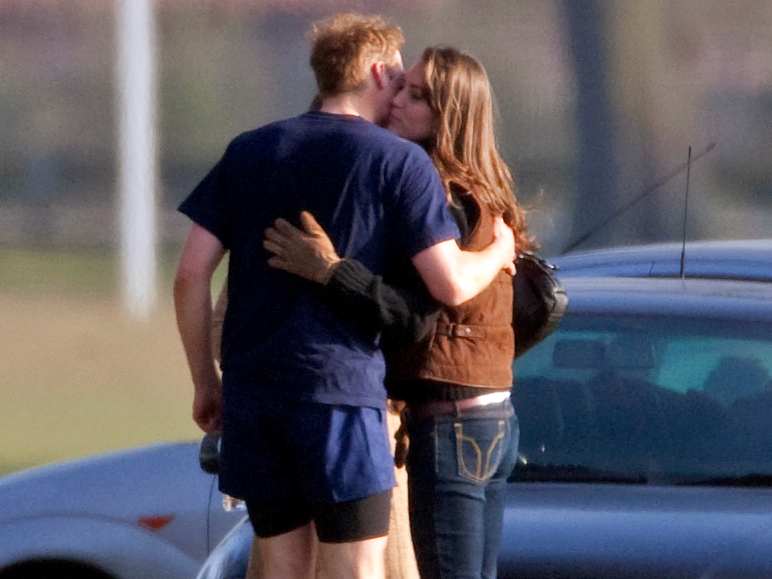 Max Mumby/Indigo / ContributorThe photo is over a decade old.

At an Eton-College sports event in 2006, Prince William can be seen kissing Middleton’s cheek. The pair also has their arms wrapped around each other.

They kissed in front of cameras on their wedding day. 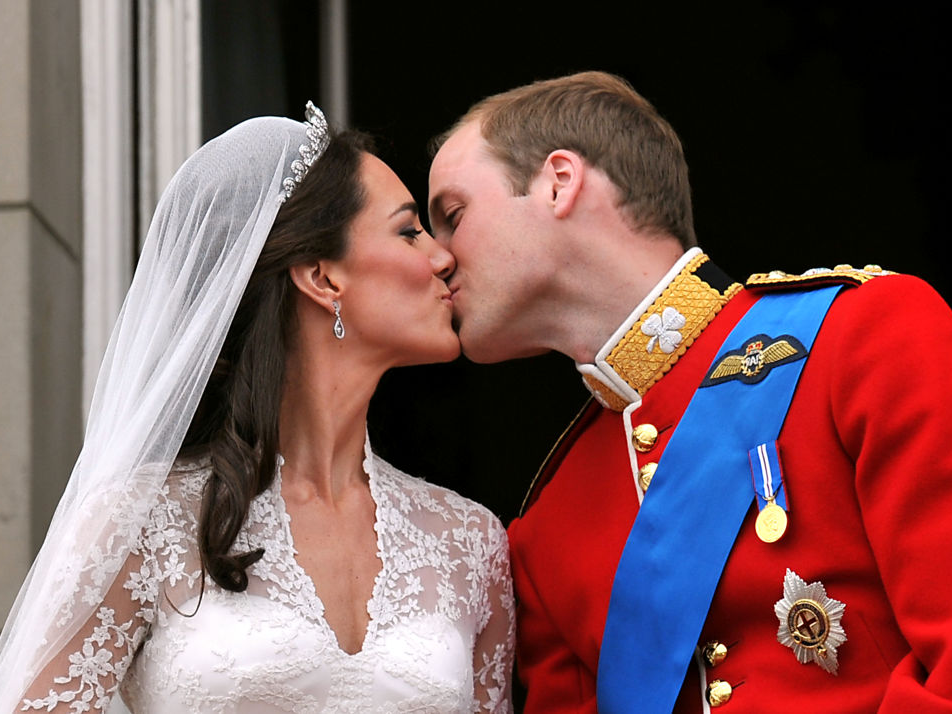 Following their April 2011 wedding at Westminster Abbey, the couple was photographed kissing on the balcony at Buckingham Palace.

The newlyweds held hands on their way to their honeymoon. 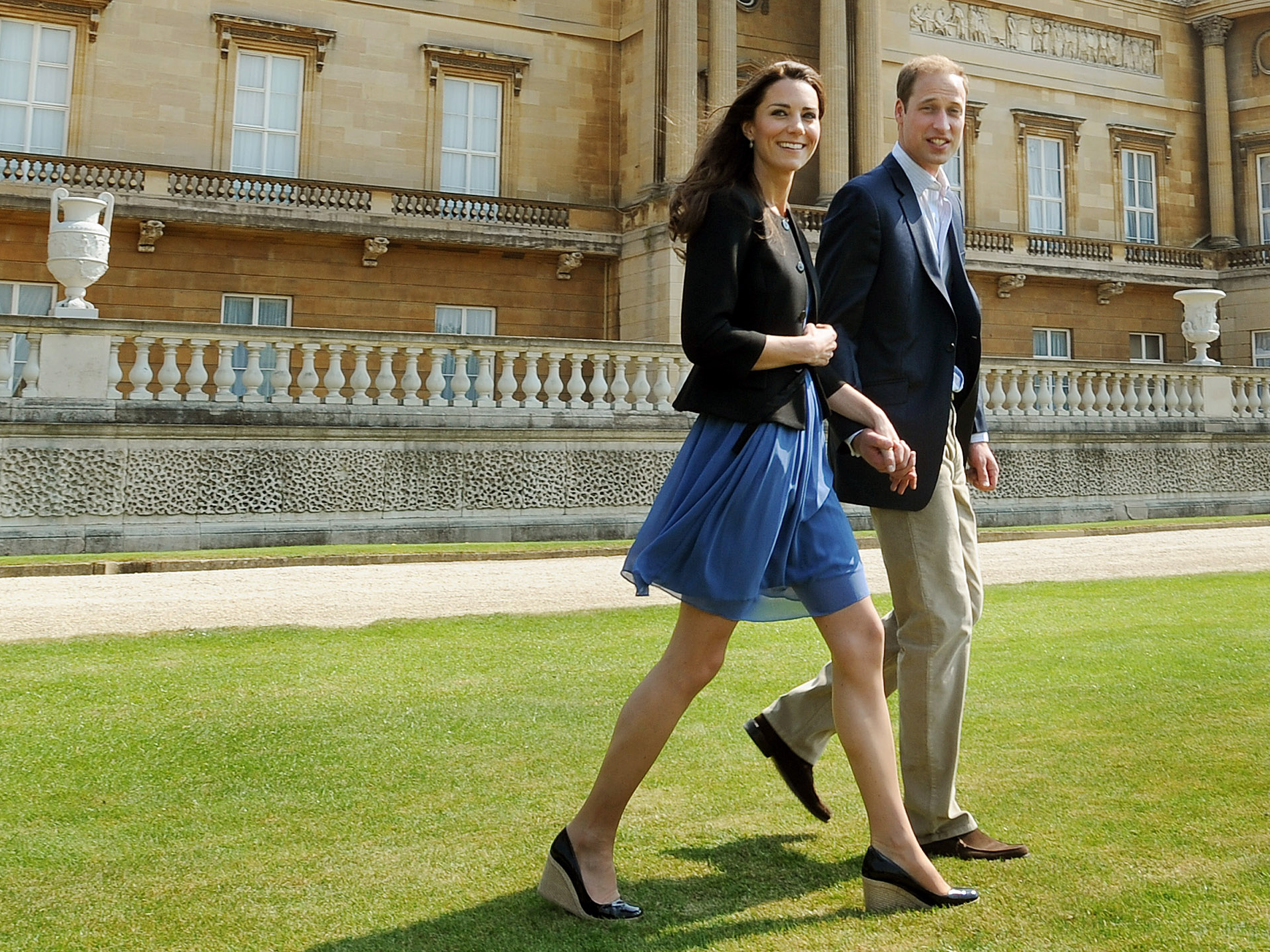 The couple displayed affection while heading out on their honeymoon.

Middleton and Prince William also embraced during their post-wedding tour to Canada. Cameras captured their smiles as they hugged in Charlottetown, Prince Edward Island, Canada.

Middleton has also been spotted with her hand on her husband’s back.

Max Mumby/Indigo / ContributorKate Middleton had her hand on Prince William’s back.

In 2011, Middleton and Prince William visited the new Oak Centre for Children and Young People at Royal Marsden Hospital in Sutton, England.

They don’t hold hands in public often, but Prince William has been seen with his hand on Middleton’s back a few times. Max Mumby/Indigo / ContributorKate Middleton and Prince William at a wedding in 2012.

While attending the 2012 wedding of Emily McCorquodale and James Hutt in Grantham, England, Prince William could be seen with his hand on Middleton’s back.

In 2012, the public witness another kiss at a polo event. 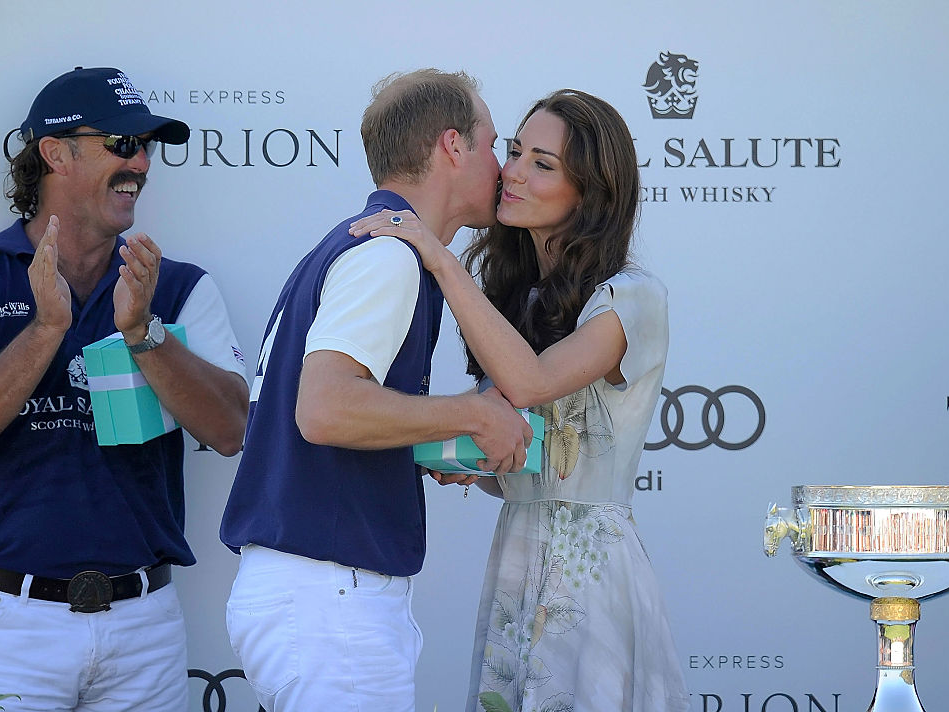 While visiting Santa Barbara, California, Middleton congratulated Prince William with a kiss on his cheek following his polo match.

As spectators at the 2012 Olympics, Prince William and Middleton held hands in the stadium seats.

While attending an equestrian event at the Summer Olympics in London, the couple held hands and smiled at each other.

When England won an event, Prince William and Middleton hugged. Middleton and Prince William seemed full of excitement while watching the London 2012 Olympics. The couple was captured holding hands in 2013 at Sandringham in King’s Lynn, England. 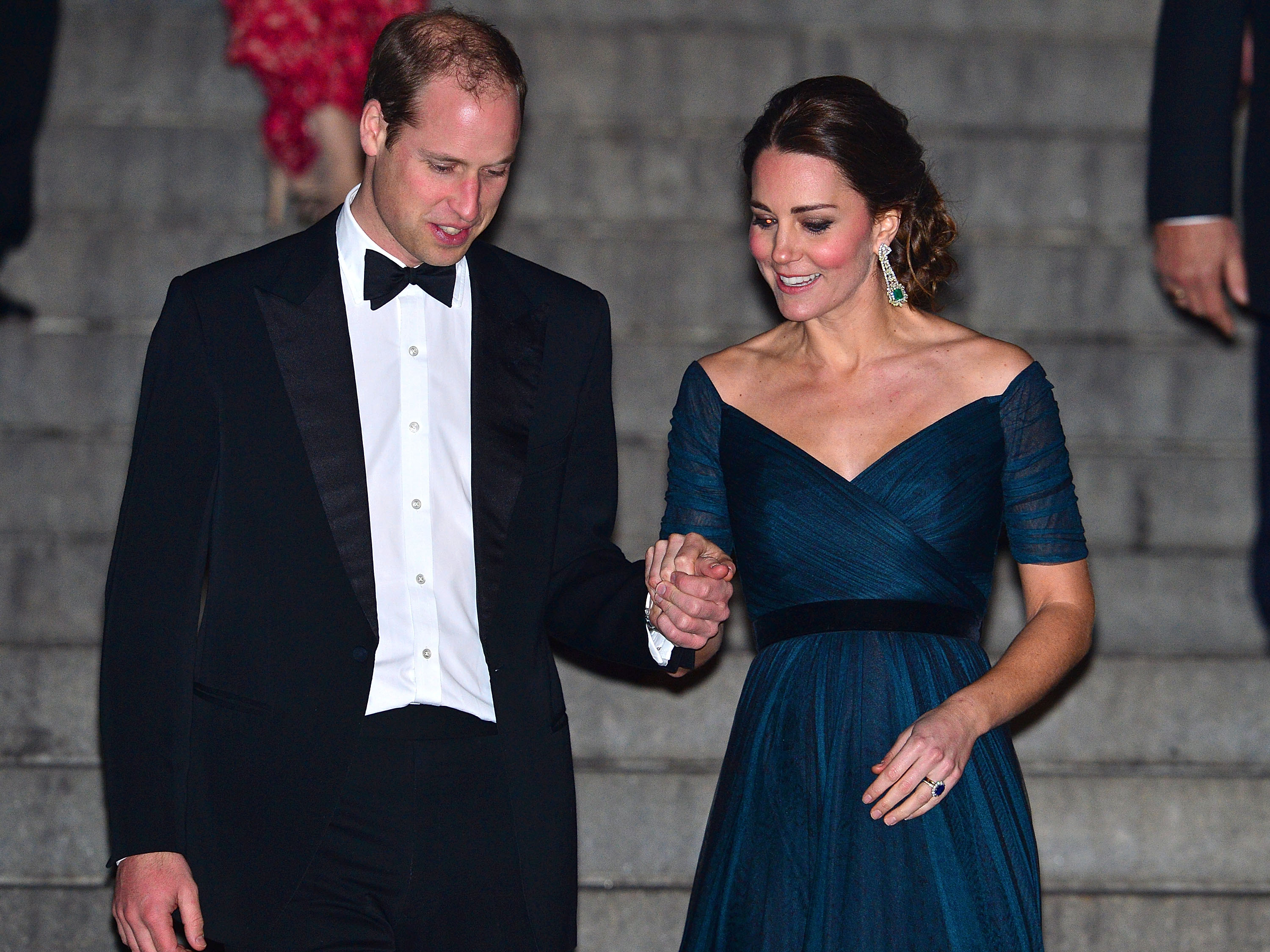 In 2014, the couple descended the stairs while leaving a special dinner at the Metropolitan Museum of Art in New York City.

They held hands more times in New York in 2014. 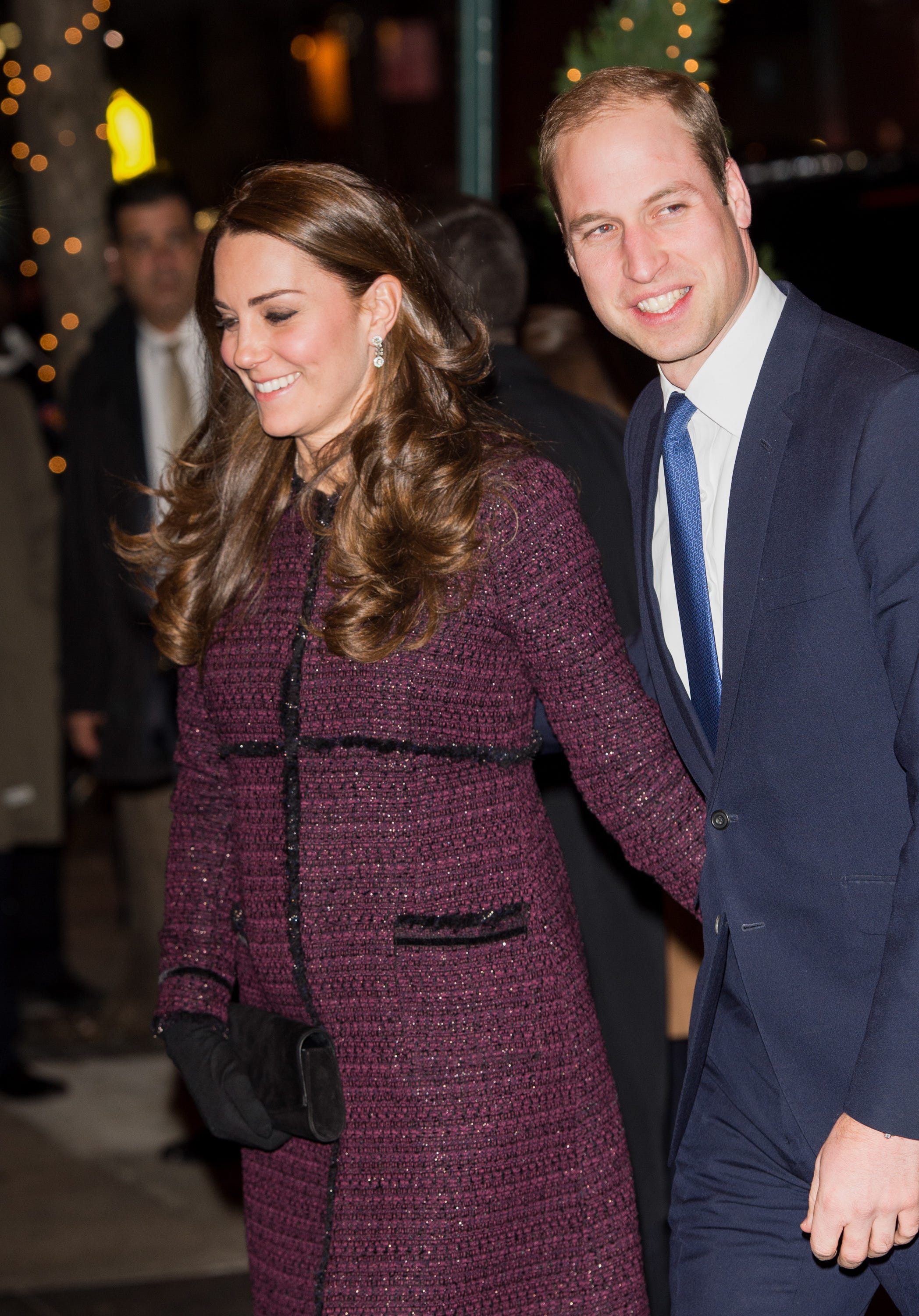 Middleton and Prince William stayed close while heading into The Carlyle Hotel in New York City.

In 2014, the couple again held hands on their way to the Christmas church service.

In 2015, shortly before Middleton gave birth to Princess Charlotte, Prince William was again seen with his hand on his wife’s back. Perhaps he had his hand on his wife’s back to help steady her as she walked down a set of stairs at St. Paul’s Cathedral in London, England. They were there to attend a Service of Commemoration for troops that were stationed in Afghanistan.

After giving birth to Princess Charlotte, Middleton held hands with her husband as the pair left St. Mary’s Hospital in London.

Middleton was captured with her hand on Prince William’s leg during their Royal Tour at the British Columbia Legislature.

In 2016, Middleton and Prince William sat next to Canada’s prime minister Justin Trudeau while in Victoria, Canada.

During a marathon-related event in 2017, Prince William put his arm around Middleton. Max Mumby/Indigo / ContributorPrince William with his arm around Kate Middleton in 2017.

At Queen Elizabeth Olympic Park in London, England, Middleton could be seen smiling with her husband’s arm around her.

In 2017, Middleton and Prince William repeated their Christmas PDA while at the Church of St. Mary Magdalene. 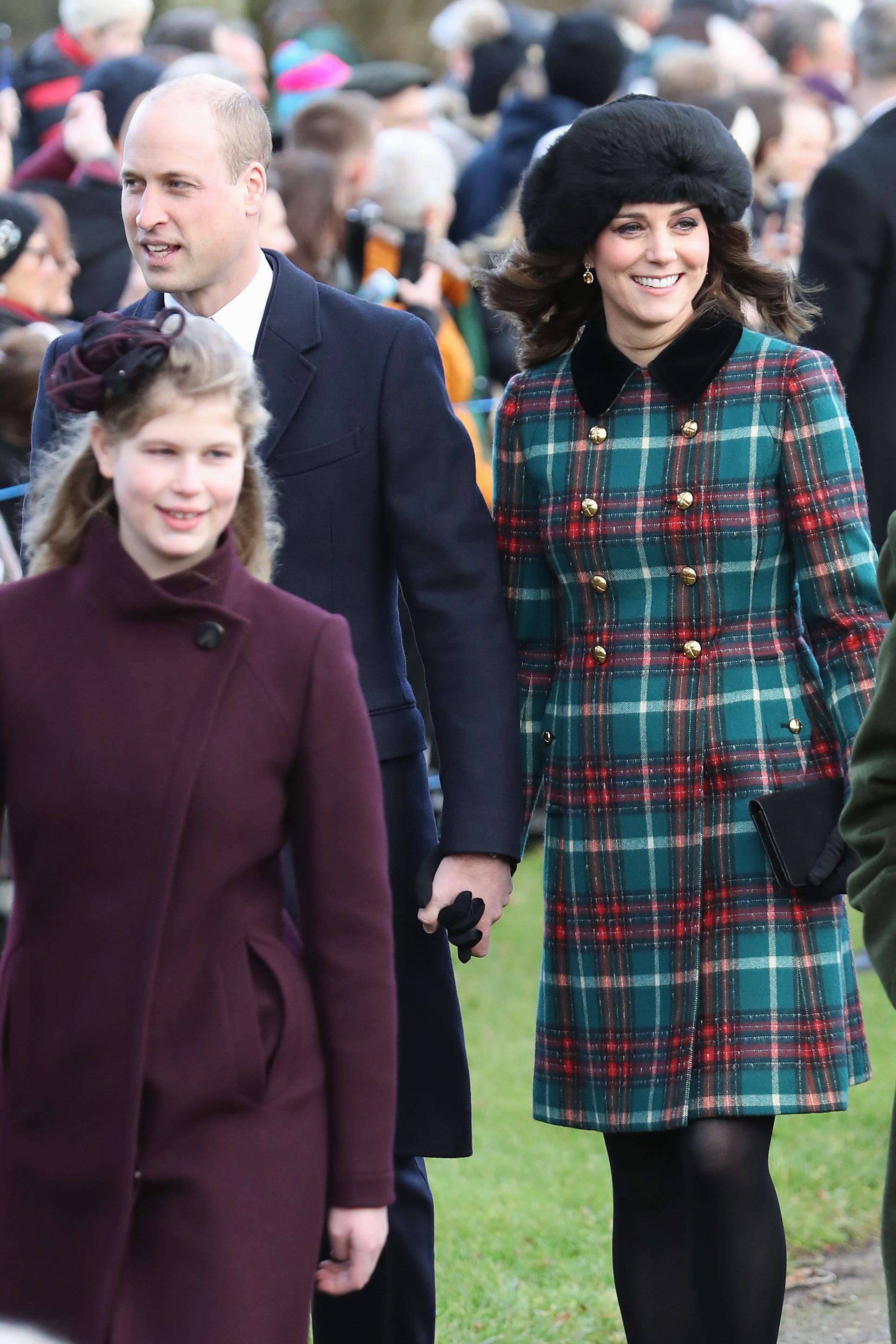 It was the same year that Prince Harry attended the royal holiday festivities with Meghan Markle by his side.

Prince William seems to often place his hand on Middleton’s back when she is pregnant. 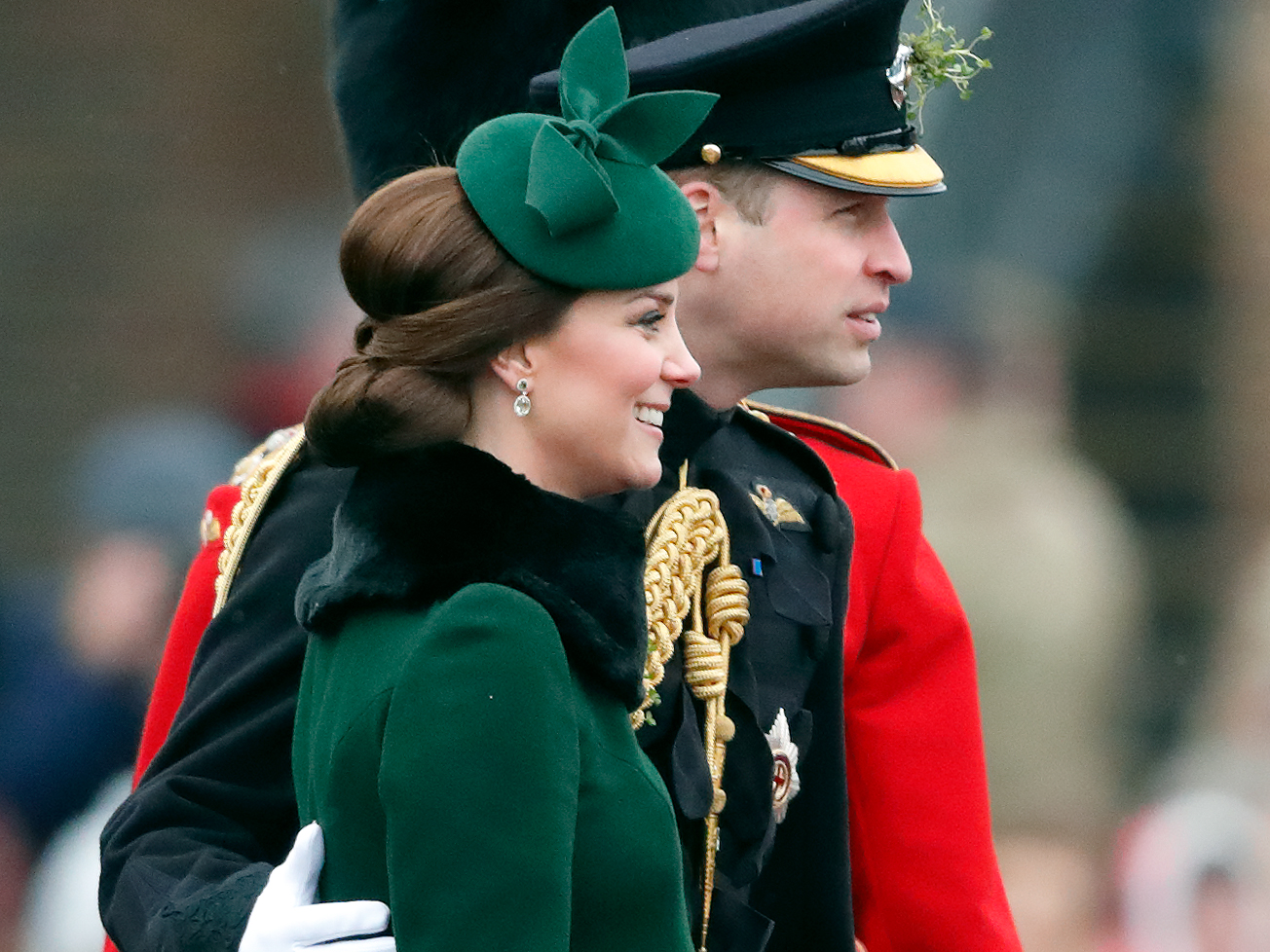 The couple was all smiles at the 2018 St. Patrick’s Day celebration in Hounslow, England.

Middleton continued the hand-holding tradition in 2018 after giving birth to Prince Louis. The couple held hands while leaving St. Mary’s Hospital after Middleton had recently given birth to Prince Louis. In October of 2018, the Duchess of Cambridge joined other members of the royal family at Princess Eugenie and Jack Brooksbank’s wedding in St. George’s Chapel at Windsor Castle.

In February, the two shared a sweet, subtle moment. 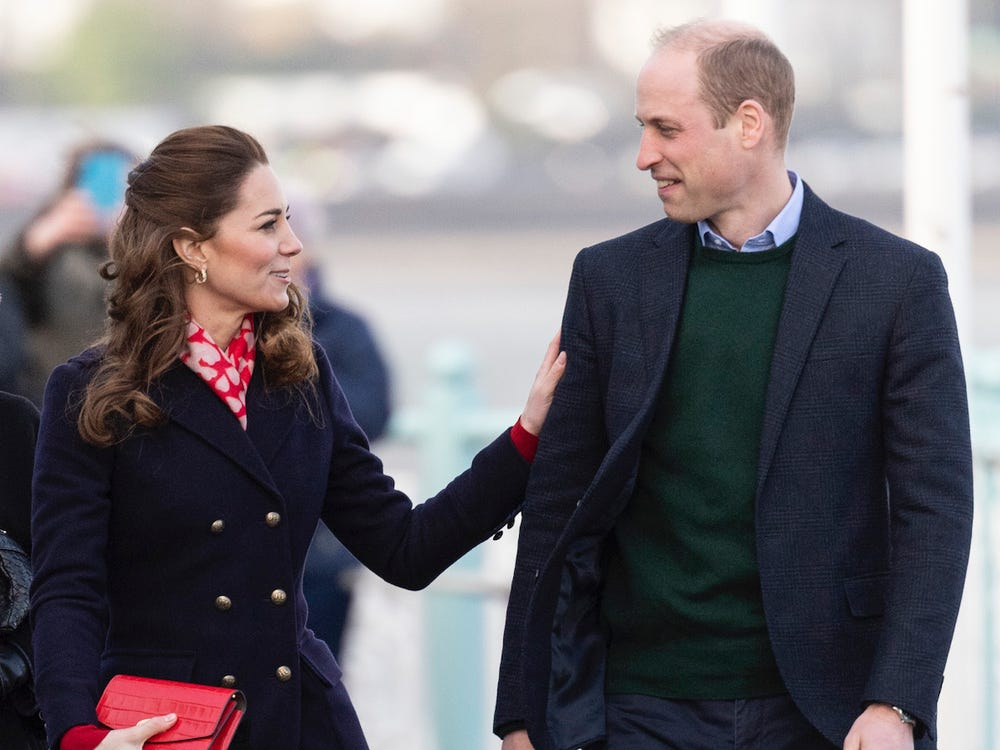 While on a visit to South Wales, Middleton placed her hand on Prince William’s arm.

During a March visit to Dublin, Ireland, the two were photographed close together. 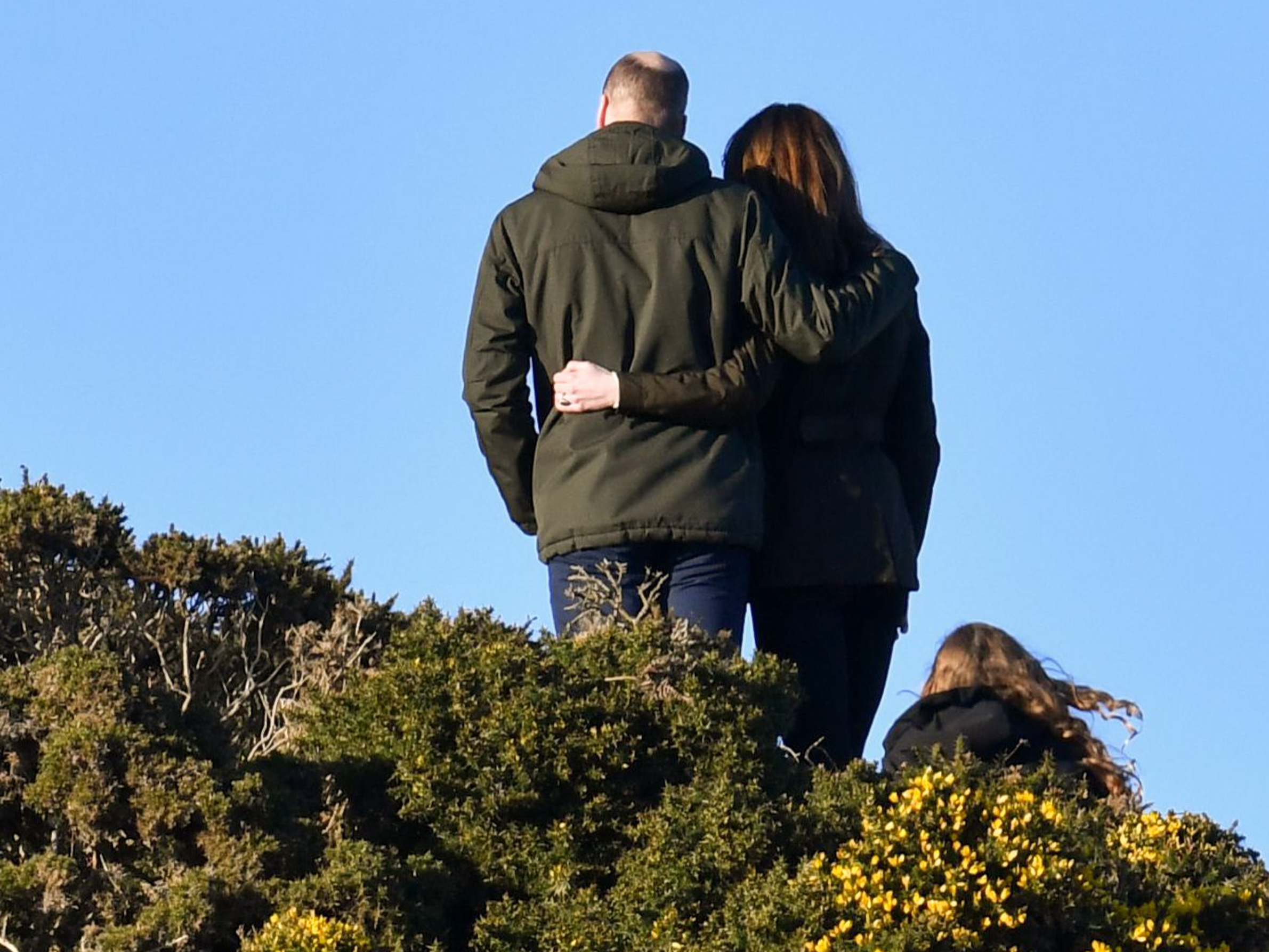 During their March trip to Dublin, Ireland, the couple was photographed with their arms around one another while at the Howth Cliff Walk.

While at Island Leisure Amusement Arcade, Middleton put her hand on her husband’s back.

In August, the pair was photographed playing arcade games at Barry Island, South Wales. The photo was even posted to the royals’ official Instagram page.

As some pointed out, the image is similar to photos of Prince Harry and Meghan Markle at Canada House earlier this year.