Kylian Mbappe and Neymar hold PSG back because they cry, complain, don't run enough, and 'do whatever they want,' says a French World Cup winner 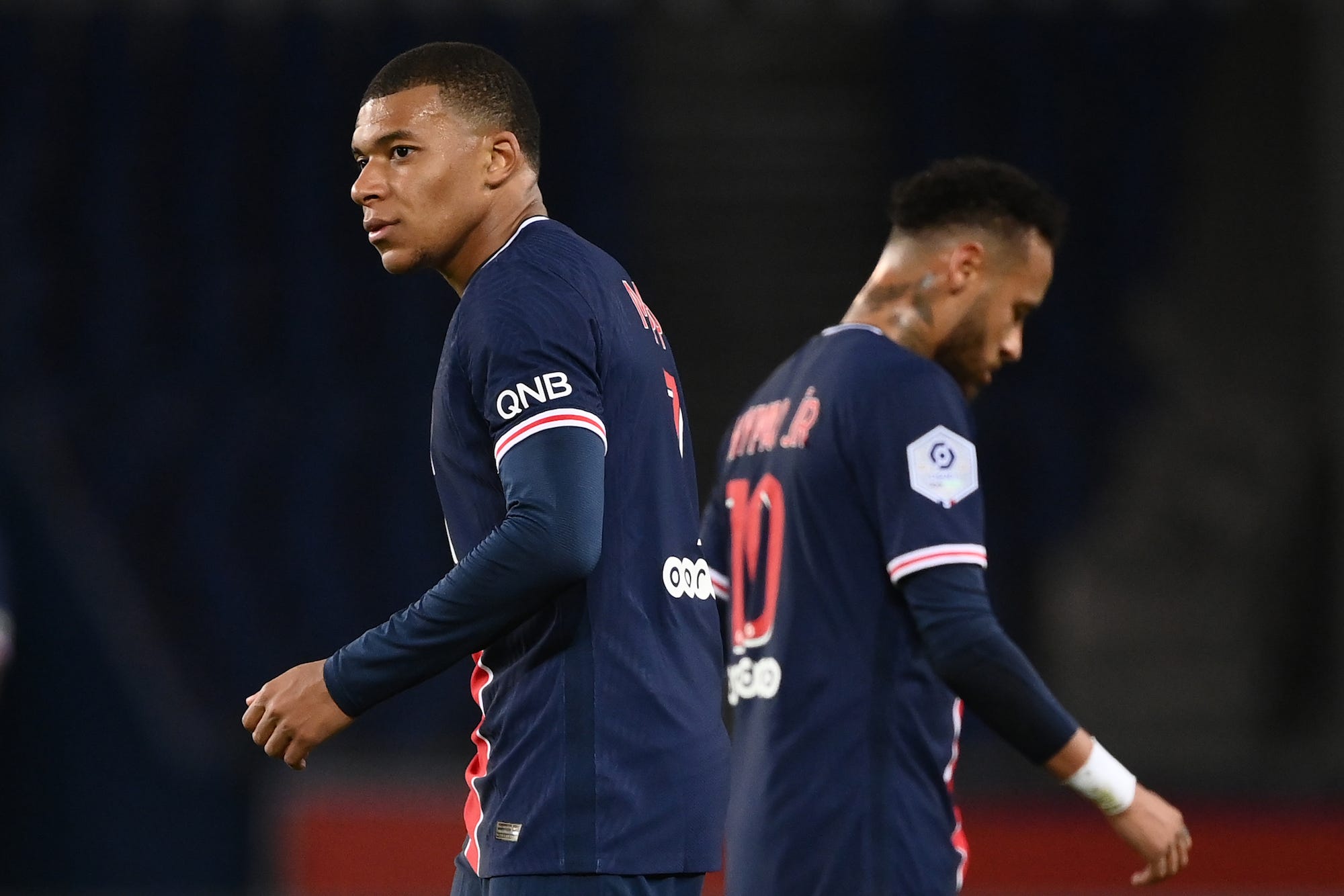 The former World Cup winner and France star Frank Leboeuf has launched a scathing attacking on Paris Saint Germain duo Kylian Mbappe and Neymar, claiming they hold the team back because they “do whatever they want.”

Leboeuf also says they both cry, complain, and walk too much during matches.

“It’s complicated when you are the coach of Paris Saint Germain to try and make a team and a team effort together when you have two players, who are absolutely fantastic players, but who absolutely do whatever they want,” Leboeuf told ESPN TV on Thursday.

He was discussing PSG’s Champions League defeat to Manchester United earlier in the week.

“It’s not only offensively, but also defensively. It’s always, they don’t defend, they don’t care, they walk, they complain, they cry, they try to dribble to play only individually, like ‘How many players can I take on?’

“If it works, absolutely fantastic, but if it doesn’t work, it’s a problem.”

Julien Laurens, who was speaking alongside Leboeuf, concurred with the former Chelsea defender, saying the pair “deserved to be criticised” following the loss to United.

“There has been a lot made of some of the numbers behind Kylian Mbappe’s performance,” Laurens said. “For example, he ran only 7.5km when Marcus Rashford ran 9.7km. Rashford made 44 sprints at and Mbappe made only 22.

“Of course the two styles and the game plans were different. PSG had a lot of the ball and United played on the counter attack, and when you play on the counter, you run more and you make more sprints forward.

“I get that, however, those numbers are really extreme. Far too extreme at that level.”

The defeat to United was PSG’s third in eight games this term, having lost its first two games in Ligue 1 to Lens and Marseille.

Thomas Tuchel’s side next take on Ligue 1’s bottom side, Dijon, on Saturday.

A Ukrainian soccer team was without 13 players thanks to coronavirus, but still caused a huge Champions League upset by beating Real Madrid

A teenage Barcelona star had to take a taxi home after becoming one of the youngest scorers in Champions League history, as he’s too young to drive

Europe’s biggest soccer teams are in talks to form a $US6 billion super league which would totally reshape the sport, according to reports