A Proud Boys supporter was charged after the FBI found more than 1,000 rounds of ammo and threats to go to DC to kill Sen.-elect Warnock 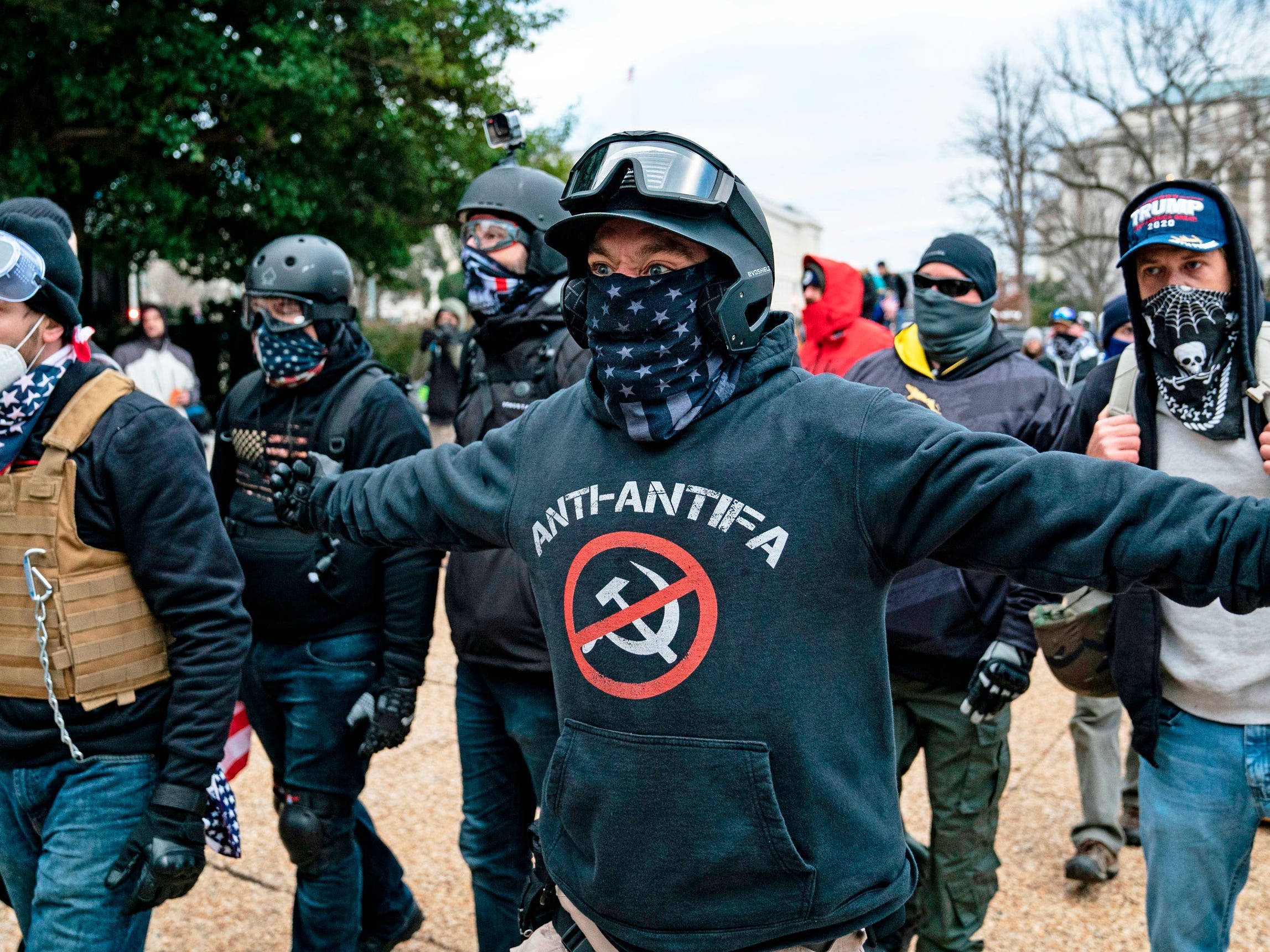 ALEX EDELMAN/AFP via Getty ImagesProtesters who claim to be a members of the Proud Boys gather with other supporters of US President Donald Trump protest outside the US Capitol on January 6, 2021.

A self-proclaimed Proud Boyd supporter, Eduard Florea, was arrested at his home in Queens, New York, on Tuesday after prosecutors say he stockpiled weapons and threatened to kill people in Washington, DC â€” singling out Georgia Sen.-elect Raphael Warnock for assassination.

A federal judge denied Flora bail on Wednesday, ruling that he would remain in jail while awaiting trial.

Federal prosecutors found public posts Florea made on Parler, a social media platform with a large user-base of right-wing extremists, under the username “LoneWolfWar.”

On the day of the deadly Capitol insurrection on January 6, he said there were “3 cars of armed patriots heading into DC from NY” with “Guns cleaned loaded” and “a bunch of guys all armed and ready to deploy,” court documents show.

A sworn statement from an FBI officer said federal agents who raided his home Tuesday found more than 1,000 rounds of ammo and a rifle.

Florea also singled out Warnock with threats, a Black church pastor who was elected to a US Senate seat in Georgia days earlier, according to Parler messages prosecutors reviewed. 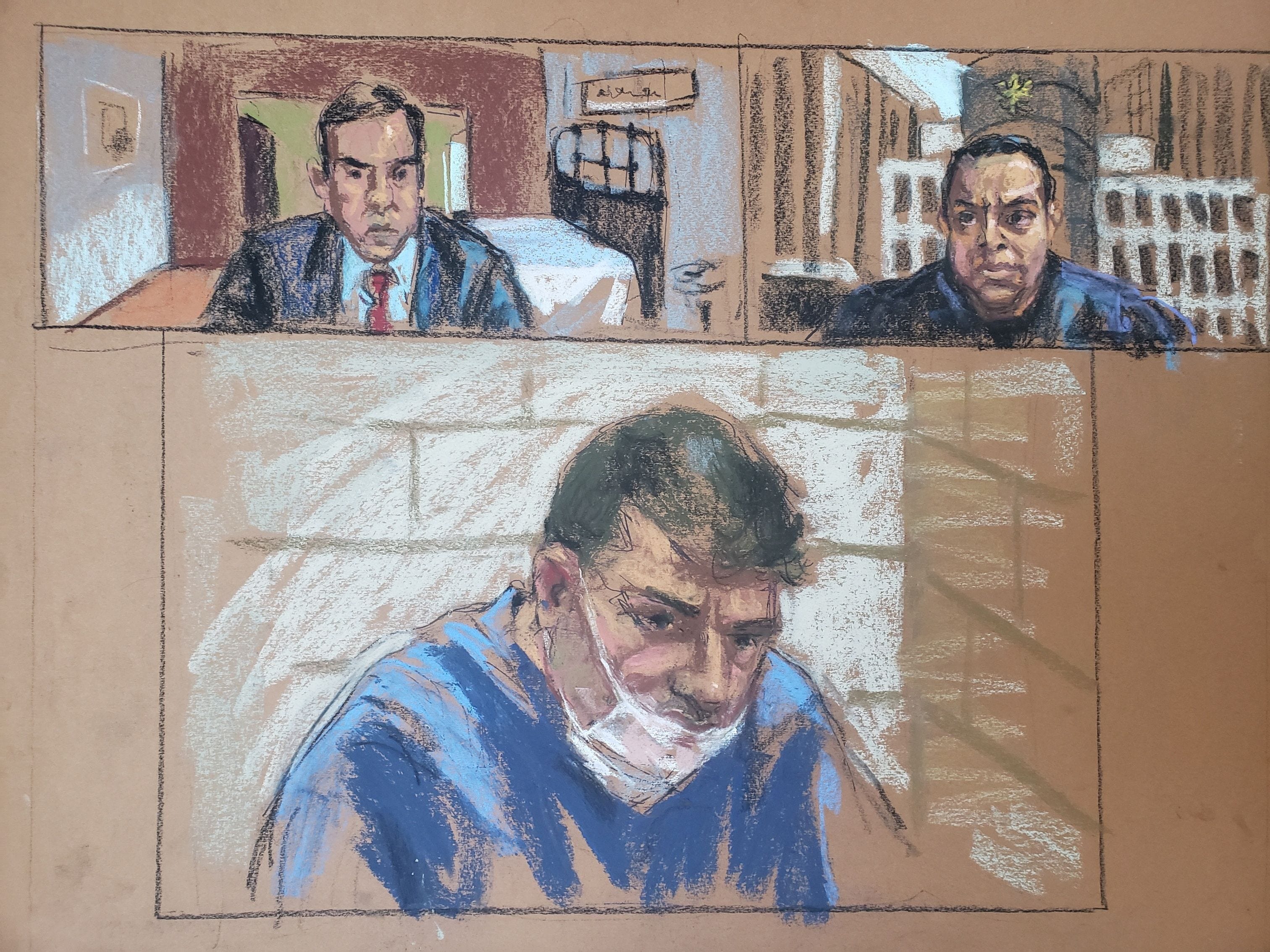 Florea ultimately did not travel to Washington, DC, for the insurrection. He also posted on Parler that New York was “target rich.”

Florea had said he was a supporter of the Proud Boys, a fascist group that supporters President Donald Trump and often organizes events that confront anti-racism protesters. The group’s chairman, Enrique Tarrio, was arrested while on his way to Washington, DC, ahead of the Capitol insurrection, while in possession of high-capacity firearm magazines. Florea travelled with the Proud Boys to DC in December, when the group defaced a historic Black church, prosecutors said.

Florea had previously been convicted, in 2014, of illegally owning guns after a search found he owned an AR-15 and semiautomatic shotgun, The New York Times reported. Also in 2014, a criminal complaint against Florea alleged he choked his wife while holding his infant daughter and threatened to kill them both with a knife, according to The Times. His lawyer reportedly said those charges were dismissed and Florea reconciled with his wife after counseling.

The judge overseeing Florea’s case Wednesday rejected his lawyer’s argument that he was merely sharing “rhetoric” in reaction to Wednesday’s events.

“This is not mere blather,” US Magistrate Judge Sanket Bulsara said, according to the Times. “And frankly, I think it’s deeply incorrect to make that suggestion.”