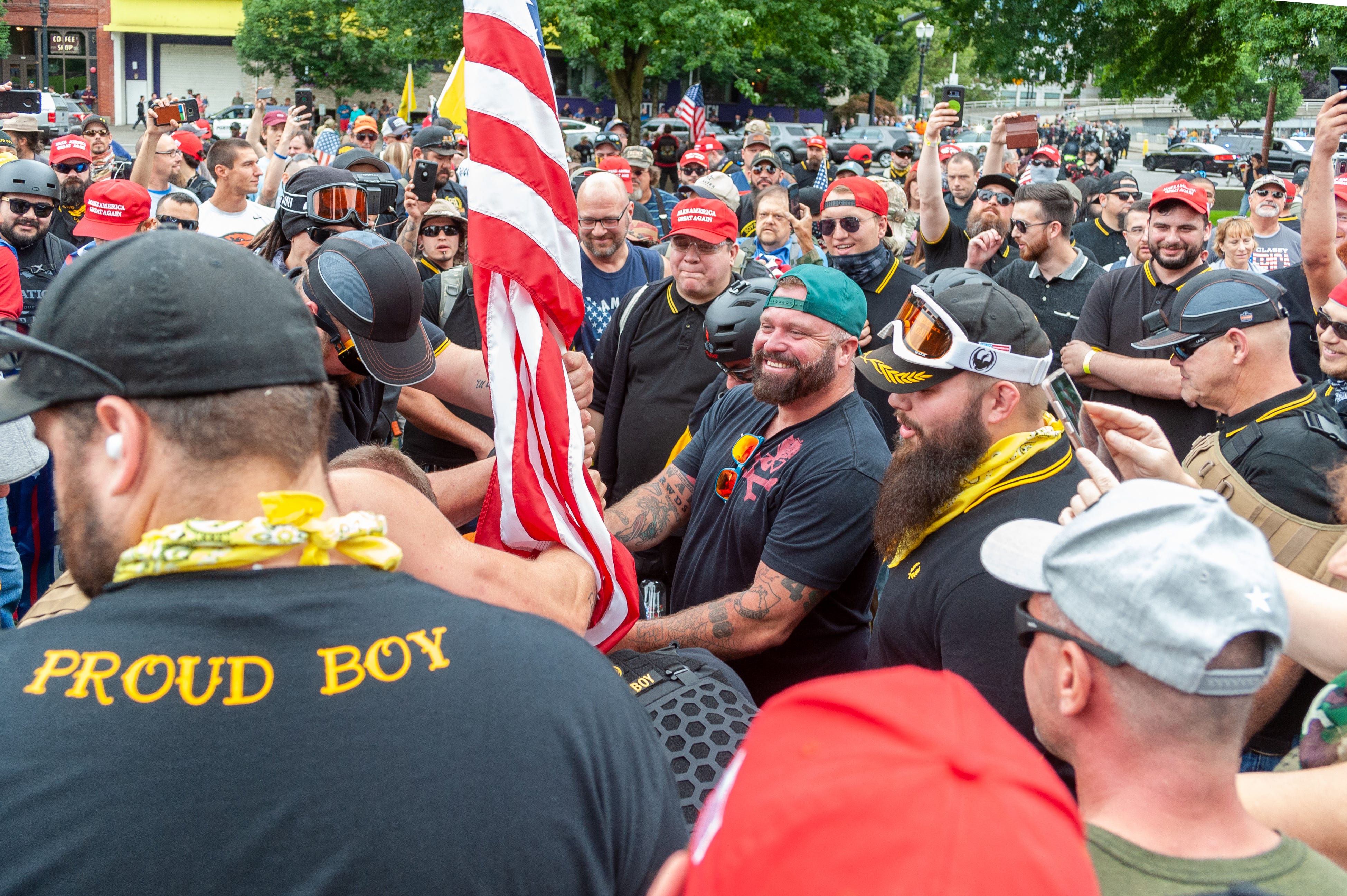 Diego Diaz/Getty ImagesMembers of the far-right group Proud Boys at a rally in Portland, Oregon, in August 2019.

The Proud Boys, a far-right extremist organisation that has been designated a hate group, were celebrating online after President Donald Trump asked the group’s members to “stand back and stand by.”

Members of the group praised Trump’s choice of words during Tuesday night’s presidential debate, his first against Joe Biden, resharing his remarks and even embedding the words in a new graphic with their logo.

“Standing by sir,” one user who identifies with the group wrote on the social-media app Telegram, according to Mike Baker, a correspondent for The New York Times.

“President Trump told the proud boys to stand by because someone needs to deal with ANTIFA…well sir! we’re ready!!” another organiser, Joe Biggs, posted.

The Proud Boys hold anti-immigration, anti-Muslim, and misogynistic positions. They have been labelled a hate group by the Southern Poverty Law Centre.

The Proud Boys are ecstatic tonight about getting mentioned in the debate tonight.

"Trump basically said to go fuck them up! this makes me so happy," writes one prominent Proud Boy. pic.twitter.com/hYA7yQVAOn

Trump’s remarks came during a debate segment dedicated to race when the moderator Chris Wallace asked the president, “Are you willing, tonight, to condemn white supremacists and militia groups and to say that they need to stand down?”

A back-and-forth then ensued among Trump, Wallace, and Biden, who also pushed the president on the issue.

“Proud Boys, stand back and stand by,” Trump finally said.

“Trying to determine if this was an answer or an admission,” he said. “@POTUS owes America an apology or an explanation. Now.”