Capitol Police tried to seal off tunnels during the insurrection. Members of the Proud Boys tried to block them.

As rioters breached the Capitol on January 6 to disrupt the certification of President Joe Biden’s electoral victory, Capitol Police tried to protect members of Congress by sealing off parts of the building’s underground tunnels, according to federal court filings unsealed on Thursday.

According to a sworn affidavit by an FBI special agent, members of the Proud Boys group made concerted efforts to ensure the tunnels stayed open for fellow insurrectionists to come and go, using a variety of tools and objects.

The Proud Boys are a far-right gang that operates across the US and is classified by the Southern Poverty Law Centre as an “extremist group.” Canada, one of the US’ closest allies, declared the group a terrorist organisation.

One Proud Boys member charged on Thursday, William Chrestman, can be seen in newly-released security camera footage bringing a wooden club or axe handle to the riots outside the Capitol wrapped in a flag. Photographs included in federal court filings show Chrestman later brought the wooden club inside the building and used it to keep the metal barriers open. 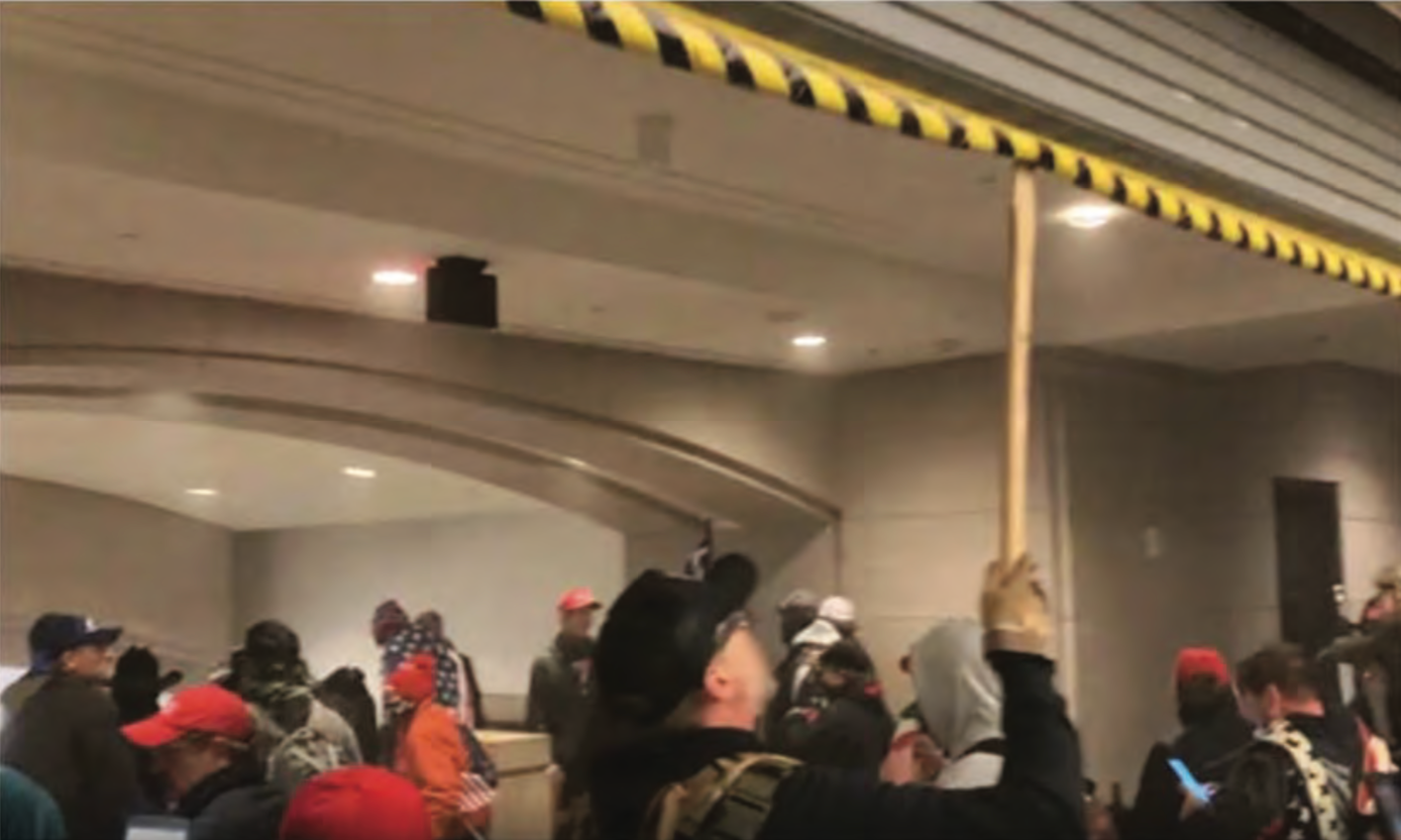 Department of JusticeWilliam Chrestman, who the DOJ says is affiliated with the Proud Boys, can be seen tampering with a barrier using an axe handle or wooden club.

Federal prosecutors say several other Proud Boys affiliates, including Louis Colon and Christopher Kuehne, joined Chrestman in his effort to prevent the walls from sealing the Capitol building’s tunnels. According to court filings, Kuehne obstructed one of the metal barriers from closing with a strategically-placed podium. Shortly after, prosecutors say Colon coordinated with Kuehne and placed a chair in the path of another barrier. 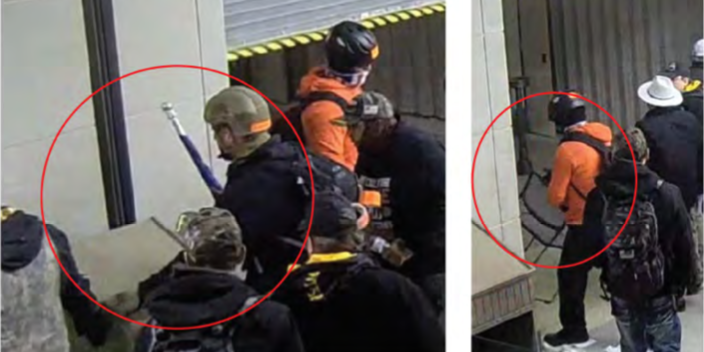 Department of JusticeChristopher Kuehne and Louis Colon can be seen on Capitol security camera footage obstructing metal barriers from being lowered in the building’s tunnels.

The federal affidavit also alleges that Felicia Konnold, an associate of the group, attempted to prevent the metal walls from closing by placing her body underneath.

According to the federal affidavit, the Proud Boys’ actions within the Capitol tunnels “were intended to and did serve to prevent law enforcement from securing areas of the Capitol against unlawful entrants.”

Prosecutors allege the Proud Boys affiliates at the riots coordinated their actions through the use of highly-visible orange tape on helmets, backpacks, and hats to “identify persons for a particular purpose,” but the markings are still under official investigation.

Despite the Capitol Police force’s effort to ward off the rioters, the electoral certification process was delayed and forced members of Congress into hiding as offices within the building were ransacked. Insurrectionists beat Capitol Police with flagpoles, riot shields, and other objects, resulting in traumatic brain injuries, and broken spinal cord disks, The Washington Post reported, citing a Capitol Police union chairman.

One officer lost an eye, according to reporting on the former President Donald Trump’s impeachment trial from USA Today. One rioter, Ashli Babbitt, was shot and killed by Capitol security.

It took four hours for the Capitol to be declared safe and secured. Congress resumed the certification process shortly after and officially completed it overnight.

Members of the Proud Boys gang normally wear a combination of black and yellow to riots and protests, but social media records show that the self-described head of the group, Enrique Tarrio, directed members to dress differently to avoid suspicion.