The leader of the Proud Boys Hawaii chapter, who was endorsed by Roger Stone in his bid for state office last year, was arrested by the FBI for his role in storming the Capitol 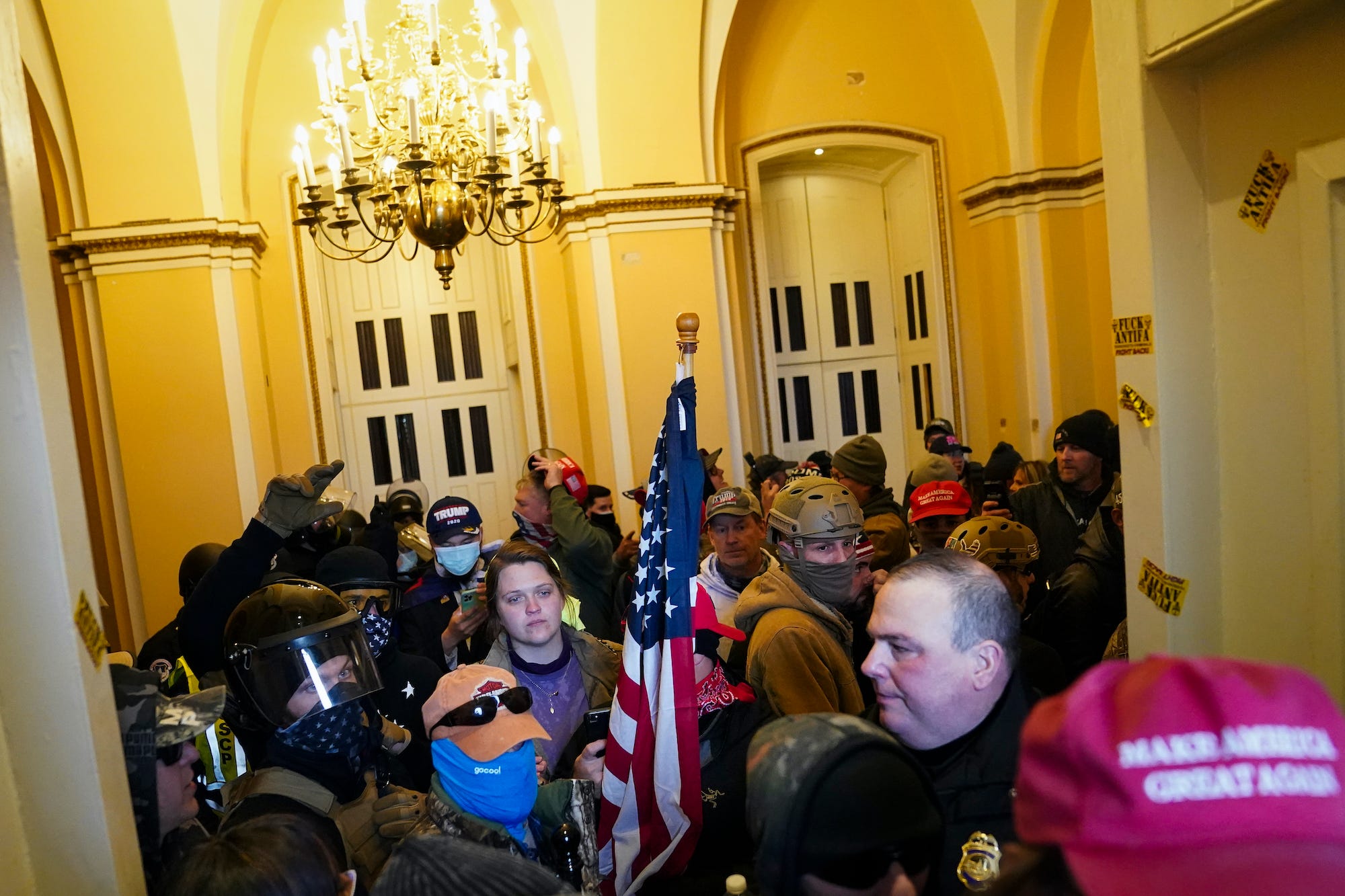 John Minchillo/APA pro-Trump mob is seen after breaching the Capitol building on Wednesday.

Nich Ochs, who founded the Hawaii chapter of the Proud Boys, was arrested by the FBI in Honolulu on Thursday night after returning from Washington DC, according to Hawaii News Now.

Ochs posted a selfie smoking a cigarette inside the Capitol building during the violent siege on Wednesday. He stood smiling next to another man who was wearing a hat and sunglasses.

On Wednesday, dozens of crazed pro-Trump fanatics who had attended a “March for Trump” in DC stormed the Capitol building, illegally pushing down barriers to get in.

They damaged the building, stole government property, and caused mayhem that left four people â€” three members of the crowd and one Capitol police officerâ€” dead.

Ochs, a Republican who led a bid for state legislature last year. Despite being endorsed by Trump ally and convict Roger Stone, Ochs lost the campaign.

He was arrested at Daniel K. Inouye International Airport on one count of unlawful entry into restricted buildings or grounds, according to News Now.

“We didn’t have to break in, I just walked in and filmed,”Ochs told CNN. “There were thousands of people in there — they had no control of the situation. I didn’t get stopped or questioned.”

Proud Boys, a largely pro-Trump group made up of chapters around the US and abroad, hosts members who do have racist, white supremacist, anti-Islam, and anti-Semitic views. The Southern Poverty Law Centre, a nonprofit that tracks extremism, categorizes the Proud Boys as a hate group