Proud Boys are ditching Trump hours after he left the White House for good, calling him a 'shill' and 'extraordinarily weak' 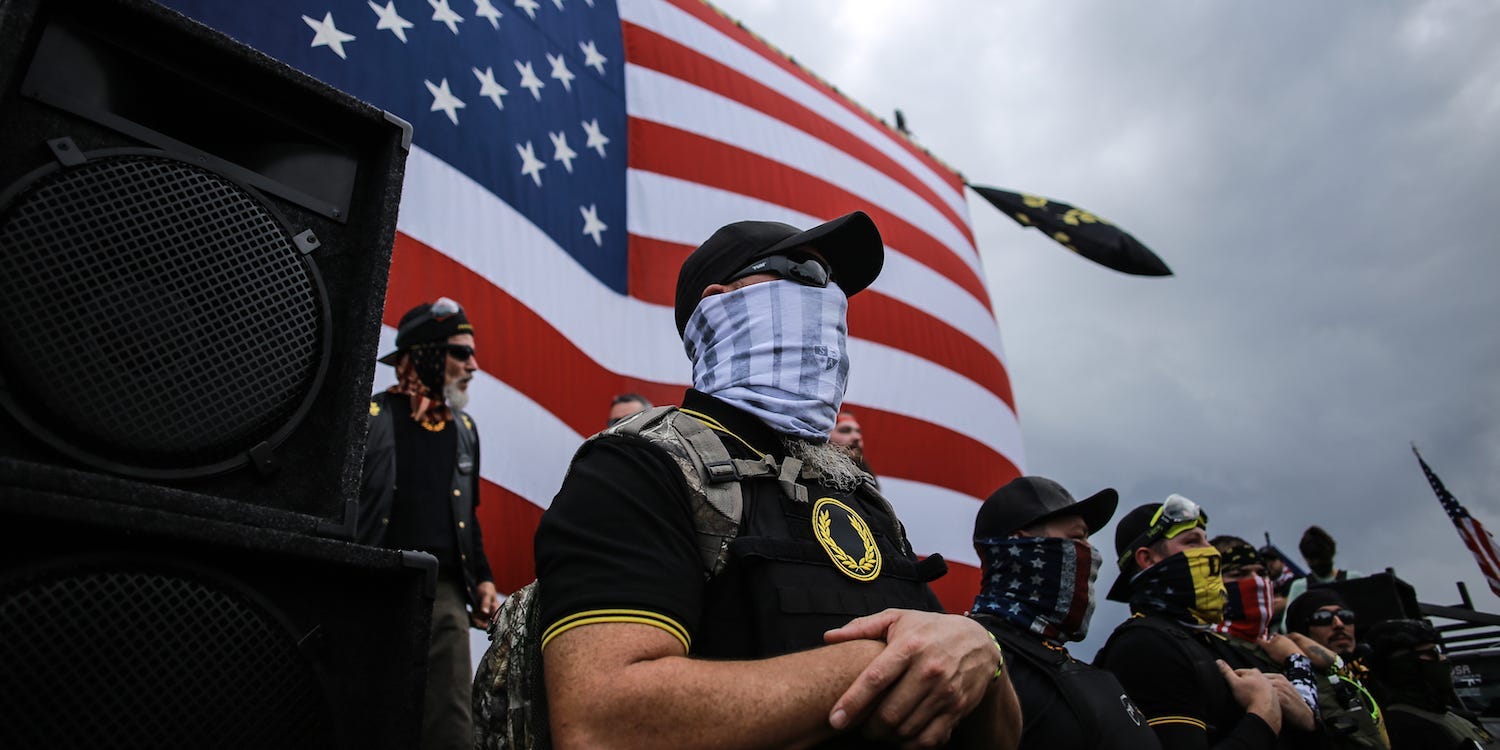 Some members of the Proud Boys, who were staunch allies of President Donald Trump, have walked away from him after he left the White House for good on Wednesday, The New York Times reported.

“Trump will go down as a total failure,” the Proud Boys said in a Telegram channel on Monday.

The group had stood behind the president for years and was especially energised after Trump said during a presidential debate last year: “Proud Boys â€” stand back and stand by.”

Trump was responding after being asked to denounce white-nationalist organisations.

Some Proud Boys were in attendance on January 6 when a pro-Trump mob stormed the US Capitol. After Trump lost the election in November, the group encouraged members to attend protests and echoed his baseless claims that he’d lost because of fraud.


Read more:
Biden’s inauguration is unlike any before. Photos show how his ceremony compares to those of previous presidents.

But as Trump left office, some Proud Boys were disappointed he didn’t put up more of a fight to stay in power and that he later condemned the violence that ensued during the Capitol siege, which led to five deaths.

Some members called Trump a “shill” and “extraordinarily weak” and have since urged others not to attend any more Trump events or even those from the Republican Party, The Times reported.

Members are angered that Trump didn’t help the Proud Boys arrested in connection with the January 6 siege.

On Wednesday, Joseph Biggs, a leader of the group, was arrested on charges of obstruction of a proceeding, entering restricted grounds, and disorderly conduct, CNN reported.


Read more:
I went inside the US Capitol’s immense security bubble to cover the most surreal presidential inauguration of my lifetime. Here’s what I saw.

He is at least the fifth member of the Proud Boys to be arrested in connection to the deadly Capitol riot, The Times reported.

According to reporting from Insider’s Rachel Greenspan, members of the far-right group QAnon have also begun disavowing the former president. The group flaunted a baseless far-right conspiracy theory that alleged Trump was fighting a “deep state” cabal of satanic pedophiles and human traffickers.