Some Black Lives Matter protesters have been riding horses to protests. Lil Nas X gave one of them props on Twitter. 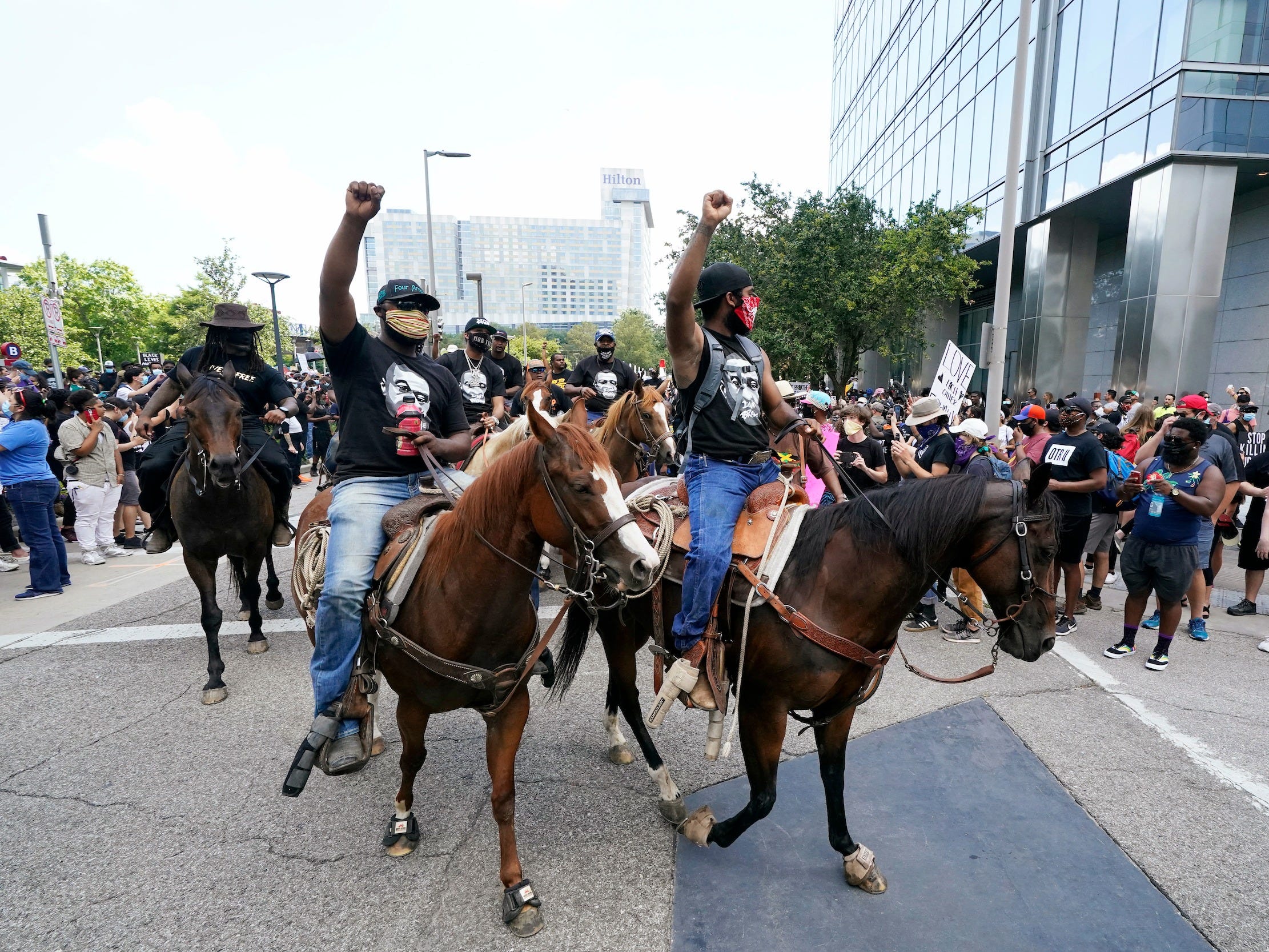 David J. Phillip/AP ImagesPeople marched and rode horses in Houston on Tuesday to protest the death of George Floyd.

On Tuesday, an estimated 60,000 people marched in downtown Houston, George Floyd’s childhood home, to protest his killing by a police officer last week.

About two dozen of them showed up on horseback. The Nonstop Riders, an urban trail-riding club, joined the protest to cheers from the crowd.

“The time has arrived,” he wrote.

the time has arrived https://t.co/gI1GKRFOrm

While the Nonstop Riders captured the attention of Lil Nas X, they are not the first Black Lives Matter protesters on horseback.

Demonstrators in Chicago, Minnesota, and Oakland, California, have also adopted the tactic, which were common during the North Dakota Dakota Access Pipeline protests.

Brianna Noble rode her horse, Dapper Dan, to a protest in Oakland last Friday. When asked by The Guardian why she brought Dapper Dan, she said the idea came to her while she was watching the video of Floyd’s last moments.

“I’m just another protester if I go down there alone, but no one can ignore a black woman sitting on top of a horse,” Noble said.

Brianna Noble rides her horse Dapper Dan through Downtown Oakland on Friday joining a protest over the Minneapolis police killing of George Floyd.

Adam Hollingsworth, or the “Dreadhead Cowboy,” was perhaps the first protester seen riding a horse at demonstrations over Floyd’s death.

Minneapolis responding to the horrifying video of #GeorgeFloyd. Protestors Water bottles being met by police with Bean bags and tears gas. And then this….a horse
I have never seen this in a protest before except when I was in #StandingRock pic.twitter.com/CmkPdOf9Xv

Watching a live stream of the protests in minneapolis.. Someones showed up on a horse. Its the most American thing I've ever seen, tear gas and rubber bullets and a guy on standing on a horse giving the cops the finger! pic.twitter.com/i3tOLD2EKN

Police forces across the country have also been riding horses to control crowds.

A video posted on Saturday showed a mounted police officer trampling a female protester, prompting the Houston Police Department to announce that it was investigating the incident and Mayor Sylvester Turner to apologise to the woman.