The white St. Louis couple who pointed guns at Black Lives Matter protesters outside their mansion say they support the movement 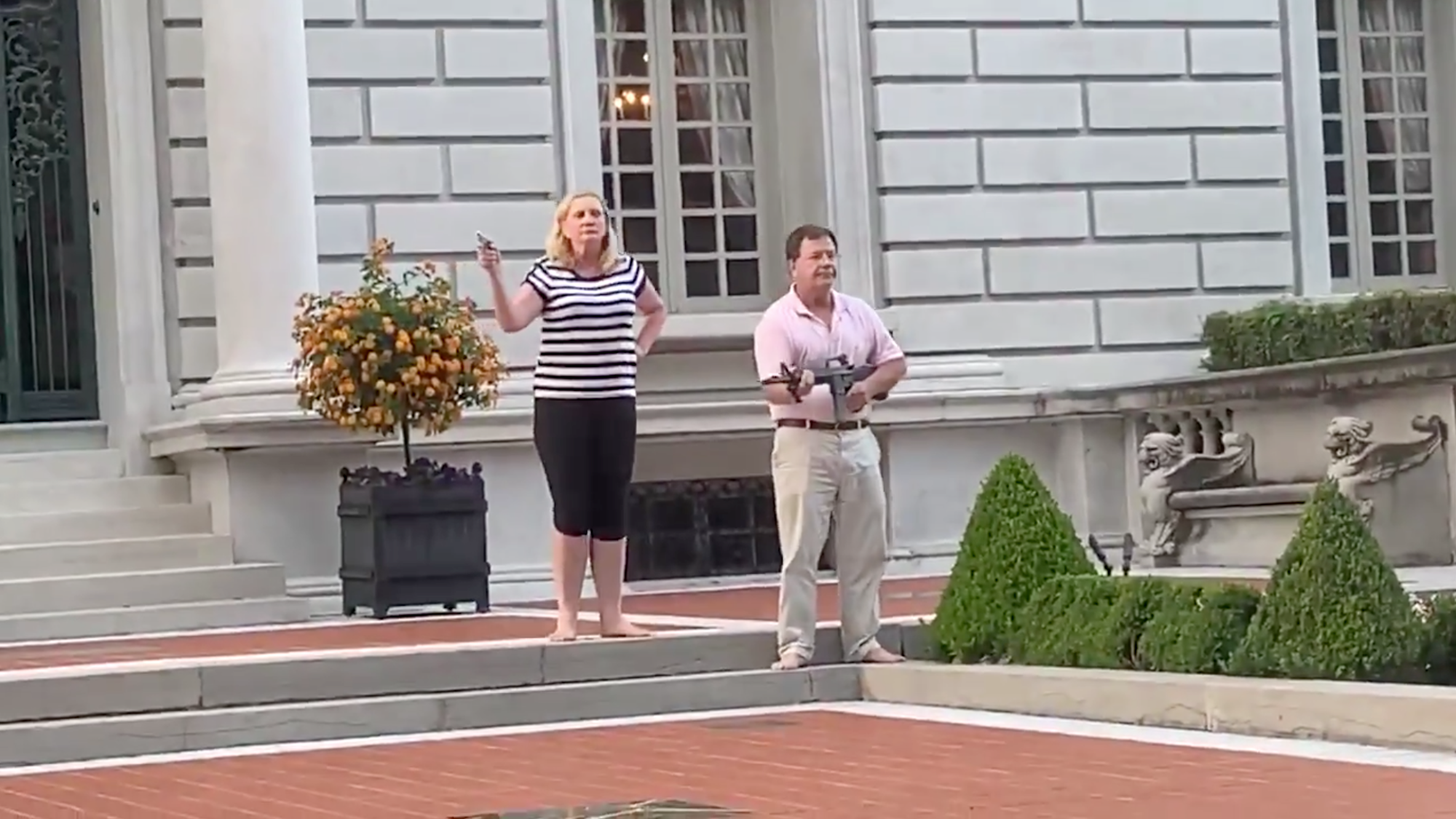 Daniel Shular/TwitterMark and Patricia McCloskey are both lawyers.

Mark McCloskey, barefoot in an open-collar pink golf shirt, was seen carrying what appeared to be a semiautomatic rifle with an extended magazine. His wife held a small handgun.

St. Louis Circuit Attorney Kimberly Gardner tweeted on Monday that her office is investigating whether the couple broke any laws.

“My office is currently working with the public and police to investigate these events,” she wrote. “Make no mistake: we will not tolerate the use of force against those exercising their First Amendment rights, and will use the full power of Missouri law to hold people accountable.”

2/ My office is currently working with the public and police to investigate these events. Make no mistake: we will not tolerate the use of force against those exercising their First Amendment rights, and will use the full power of Missouri law to hold people accountable.

In a statement released Monday, the couple denied they broke the law, and said they “support Black Lives Matter.” Violence and destruction of property by a small group of white “agitators” prompted the McCloskeys to fear imminent harm and arm themselves, the statement said.

“The peaceful protesters were not the subject of scorn or disdain by the McCloskeys,” the statement reads. “To the contrary, they were expecting and supportive of the message of the protesters.”

An incident report from Sunday night, provided to Insider by the St. Louis Metropolitan Police Department, indicated that an unnamed 63-year-old white male and a 61-year-old white female called police reporting that a group tried to break an iron gate to their private neighbourhood. A video circulating Twitter, though, shows protesters opening and walking through an unopened gate while a man is yelling “get out of my neighbourhood.”

“A mob of at least 100 smashed through the historic wrought iron gates of Portland Place, destroying them, rushed towards my home where my family was having dinner outside and put us in fear of our lives,” Mark McCloskey told KMOV.

here’s what happens when you march on Portland Place in St. Louis, MO

they’re scared of their own community pic.twitter.com/Ng8qW1Pa6C

When the couple came from their home armed with guns, most protestors appeared to continue on their march to the mayor’s house, where they planned to host a demonstration. Some stopped and recorded the McCloskeys.

Journalist Jonathan Myerson Katz tweeted that the couple might have been breaking state law.

Missouri law says a person “commits the offence of unlawful use of weapons” if “he or she knowingly exhibits, in the presence of one or more persons, any weapon readily capable of lethal use in an angry or threatening manner.”

“I am alarmed at the events that occurred over the weekend, where peaceful protestors were met by guns and a violent assault,” Gardner said. “We must protect the right to peacefully protest, and any attempt to chill it through intimidation or threat of deadly force will not be tolerated.”

In the statement released by the couple, the couple says they acted lawfully on their property.

“The Black Lives Matters movement is here to stay, its the right message, and it is about time,” Albert Watkins, their attorney, said in the statement. “The McCloskeys want to make sure no one thinks less of BLM, its message and the means it is employing to get its message out because of the actions of a few white individuals who tarnished a peaceful protest.”

According to the website for the couple’s law firm, the McCloskey Law Centre, they have been married for 30 years and have an adult daughter.

Patricia McCloskey’s profile on the website says she is a member of the Missouri Bar Association ethics-review panel.

Mark McCloskey is representing a Black man who was kicked by a St. Louis police officer while trying to surrender to the cop in April 2019.

The officer in that case, David Maas, was indicted on a federal charge of deprivation of rights under colour of law in March.

“Both Mr. and Mrs. McCloskey are lawyers whose professional careers have punctuated their long standing commitment to protecting the civil rights of clients victimized at the hands of law enforcement,” their statement said. “This commitment of time and resources to this cause continues today in the Isaiah Forman case.”