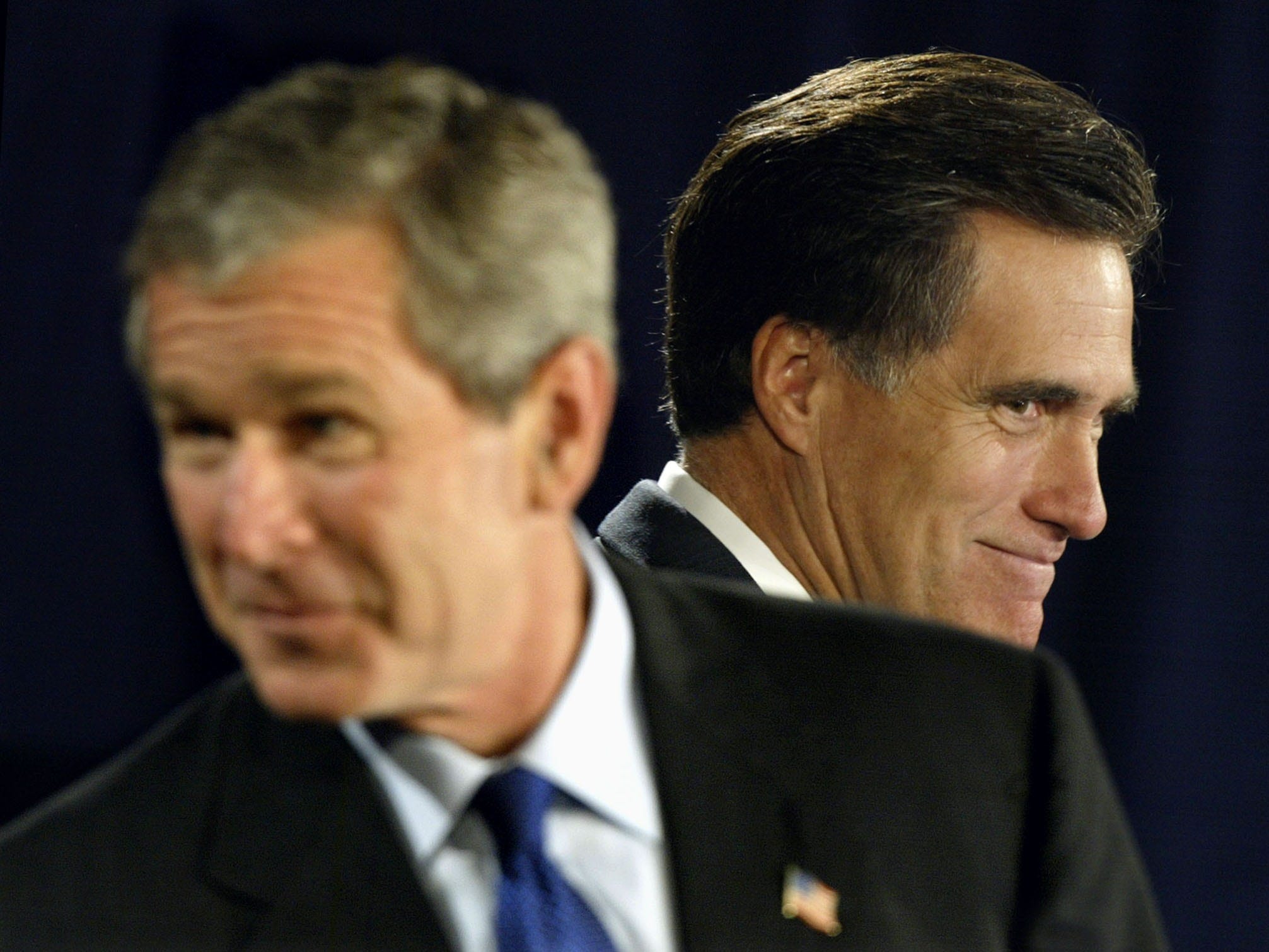 President Donald Trump may be losing the support of members of his own party already, with some GOP officials considering a vote for Joe Biden.

Sooner than expected, growing numbers of big Republican names are debating how transparent to be about their decision not to back his re-election, or may even vote for the presumptive Democratic nominee, Joe Biden.

According to The New York Times, Former President George W. Bush and Senator Mitt Romney won’t support Trump’s re-election, Jeb Bush isn’t sure how he’ll vote, and Cindy McCain, the widow of Sen. John McCain, is almost certain to support Biden but is “unsure how public to be about it because one of her sons is eying a run for office.”

Former Republican leaders like the former Speakers Paul Ryan and John Boehner are still tight-lipped about who they will vote for, and some Republicans are reportedly weighing their options between backing a third-party contender or openly endorsing Biden, risking the ire of Trump. Some say they’d possibly prefer a Biden victory if the GOP managed to preserve its Senate majority.

Dissenters are reportedly feeling a renewed urgency due to Trump’s incendiary response to the protests against police brutality and a mishandling of the coronavirus pandemic, according to anonymous sources. Retired military leaders, typically private about their personal political views, have grown increasingly vocal about unease with the president’s leadership, but are still undecided about embracing an opponent.

Those considering Biden include unlikely surprises – including Rep. Francis Rooney of Florida, who has donated millions of dollars to Republican candidates over the years and served as President Bush’s ambassador to the Vatican. Rooney reportedly hasn’t voted for a Democrat in decades. But, according to The Times, Rooney is considering supporting Biden, “in part because Trump is ‘driving us all crazy’ and his handling of the virus led to a death toll that ‘didn’t have to happen.'”

Eighty-nine former defence officials said they were “alarmed” by Trump’s threat to use the military to end unrest, and former Defence Secretary Jim Mattis issued an intense rebuke of Trump, saying he’s turning Americans against each other during nationwide protests. Sen. Lisa Murkowski of Alaska has also said that she is “struggling” with whether to vote for Trump.

“This fall, it’s time for new leadership in this country – Republican, Democrat or independent,” William McRaven, the retired Navy admiral who directed the raid that killed Osama bin Laden, was quoted saying. “President Trump has shown he doesn’t have the qualities necessary to be a good commander in chief.”

While many of the big names mentioned by The Times did not vote for Trump in 2016, the lack of support is more meaningful when it concerns an incumbent president and his shared agenda with Senate leaders than when no ongoing conservative agenda would be affected.

But, The Times notes that polls today indicate Republicans generally are behind the president, and far more GOP elected officials are publicly backing Trump than did four years ago, including steadfast supporters such as Republican leaders like Mitch McConnell, the Senate majority leader, and Sen. Ted Cruz and Sen. Lindsey Graham.

John Kelly, Trump’s former chief of staff and a retired Marine general, wouldn’t disclose who had his vote, but he did say that he wished “we had some additional choices.”

And while some Republicans are unlikely to go public, Sen. Chris Coons of Delaware (one of Biden’s closest allies in Congress) has become an emissary of sorts to Republican lawmakers. According to Coons, a number of GOP senators, regardless of what they say in public, won’t vote for Trump in privacy.

“What he’s always been is not scary,” Rooney was quoted as saying. “A lot of people that voted for President Trump did so because they did not like Hillary Clinton. I don’t see that happening with Joe Biden – how can you not like Joe Biden?”