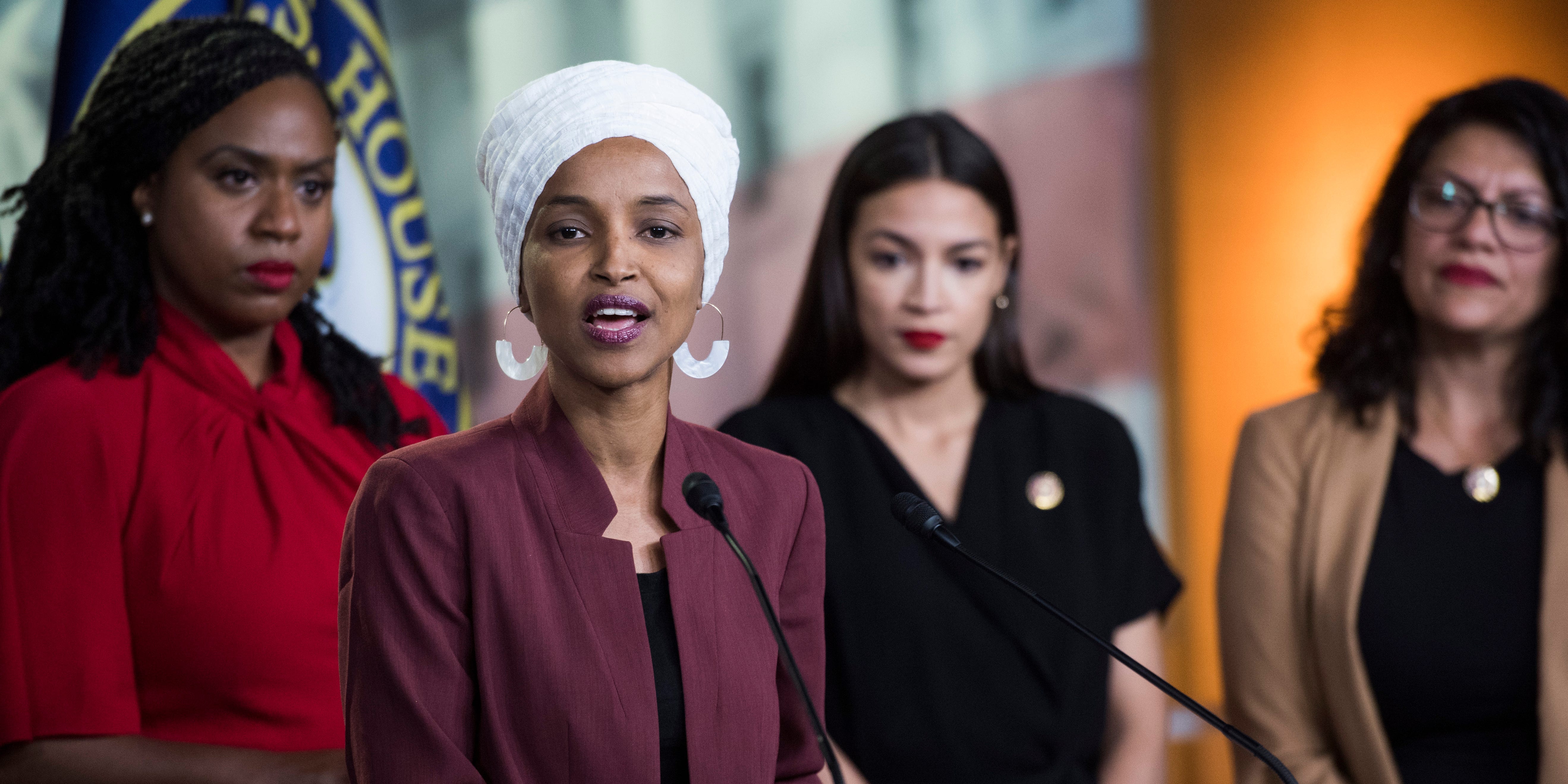 House Democrats urged President Joe Biden on Thursday to include recurring stimulus checks in his COVID-19 relief package, according to a letter obtained by Insider.

Rep. Ilhan Omar is leading the push, and she was joined by others such as Reps. Alexandria Ocasio-Cortez of New York, Ayanna Pressley of Massachussetts, and Rashida Tlaib of Michigan. They are among the 54 House progressives who sent a letter to the White House asking to send recurring checks to millions of Americans until the end of the coronavirus pandemic.

The letter â€” addressed to Biden and Vice President Kamala Harris â€” did not specify an amount. But progressives have previously shown support for $US2,000 during negotiations for another government rescue package in December. The letter was first reported by Politico.

Biden’s $US1.9 trillion stimulus proposal released earlier this month offers a one-time direct payment worth $US1,400. The figure adds to the last $US600 check passed in December to equal a total of $US2,000.

Yet the group of lawmakers argue that one payment isn’t sufficient to alleviate the financial struggles caused by the public health crisis, with millions of people falling short on rent payments and facing food insecurity.

“Recurring direct payments until the economy recovers will help ensure that people can meet their basic needs, provide racially equitable solutions, and shorten the length of the recession,” they wrote. “As we look at the coming year, another one-time round of checks would provide a temporary lifeline, but when that money runs out, families will once again struggle to pay for basic necessities.”

“One more check is not enough,” they added.

Biden’s plan also includes $US400 weekly unemployment benefits through September, an expanded child tax credit, $US350 billion for state and local governments, and $US130 billion to reopen schools.

If bipartisan negotiations fail, Democrats are gearing up to circumvent Republicans using the reconciliation process, a procedure requiring only a majority vote in the Senate. Many GOP lawmakers are assailing the Biden package as an untargeted stimulus spending binge.

However, it may be a time-consuming process. Democrats are trying to enact the rescue plan by mid-March, the deadline for the expiration of enhanced unemployment insurance programs.

Biden’s proposal also includes other items on progressives’ wishlist, including raising the federal minimum wage to $US15 and renewing a paid leave program during the pandemic. However, Republicans are balking at those provisions, making its inclusion uncertain in a final bill.