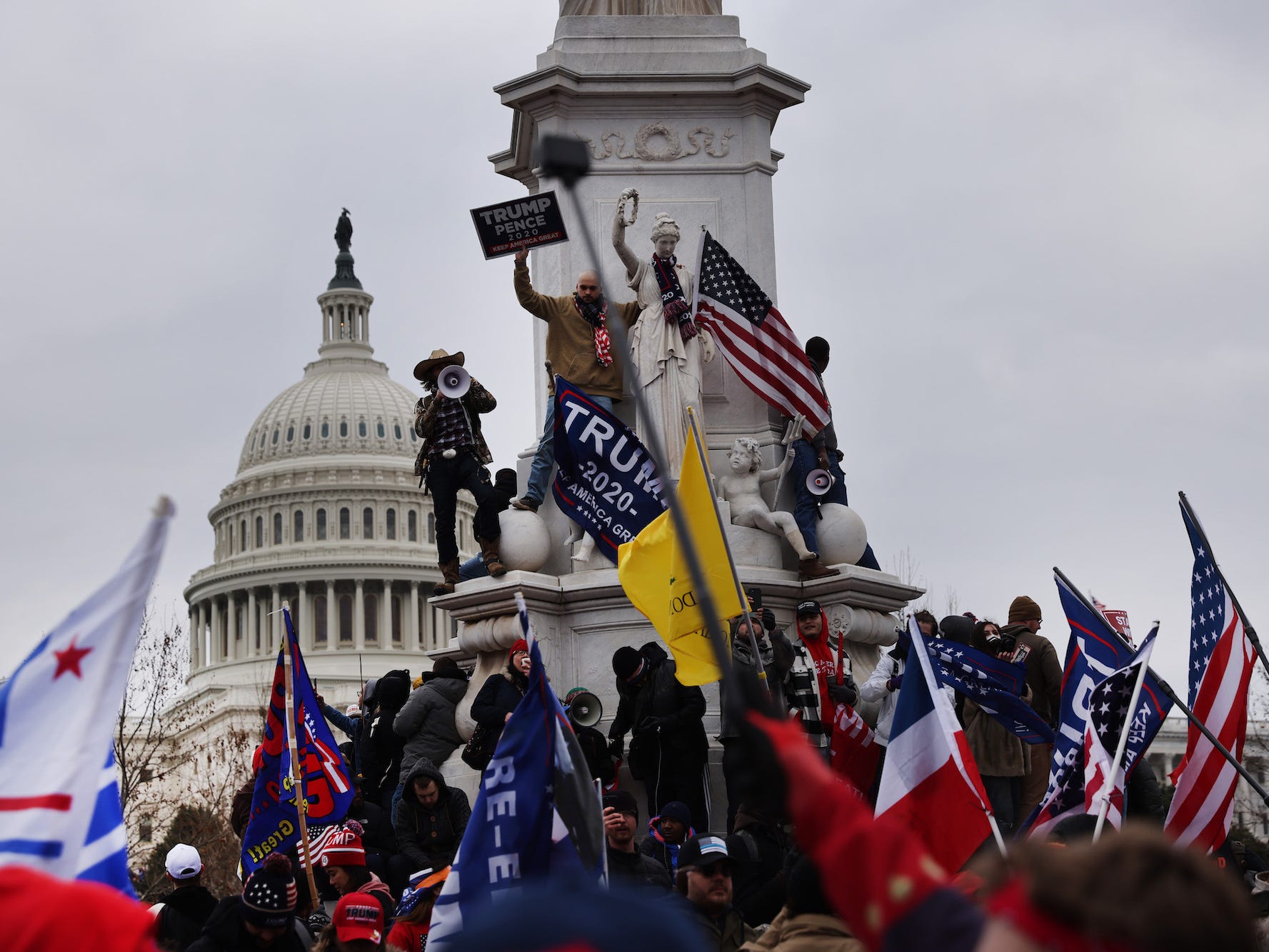 Mobs of Trump backers converged outside the Capitol buildings of several states on Wednesday afternoon, with some trespassing into a governor’s mansion as supporters of the president sieged the US Capitol. President Donald Trump’s supporters were seen outside the statehouses of Georgia, New Mexico, Colorado, South Carolina, Wisconsin, and other states.

Rioters nationwide were inspired to wreak havoc by Trump, who has encouraged his supporters to protest the results of the election as the Senate met to certify President-elect Joe Biden’s win.

The Cybersecurity and Infrastructure Security Agency has said that the 2020 election was the “most secure” in US history, but Trump and his supporters have alleged the election was baselessly stolen, an argument that has failed dozens of times in US courts. Before Wednesday’s riot, the so-called “Stop the Steal” movement had already led to protests around the country, many of which led to violence. (The movement’s original organising group on Facebook was removed by the platform for inciting violence.)

The mob in DC was matched by Trump devotees nationwide on Wednesday. In New Mexico, state police evacuated a building where the governor and secretary of state work, The Associated Press reported.

The Georgia Capitol building in Atlanta was also evacuated as a precaution, a staffer in the building told Insider on the condition of anonymity. The staffer said that he and others were told to work remotely for the rest of the day. The AP reported that there were roughly 100 Trump supporters there, and that some were armed with long guns.

Hundreds of people gathered outside the Colorado Capitol building in protest of the election results, according to the AP. Denver Mayor Michael Hancock ordered municipal buildings to close early “out of an abundance of caution,” he said in a tweet.

With the activities around the country and approximately 700 individuals downtown who have gathered at the State Capitol, out of an abundance of caution, I have instructed city agencies to close municipal buildings early. (2/3)

Oregon Legislature officials paused operations at the Capitol building as a precaution after hundreds gathered in Salem,The Statesman Journal reported. The Salem Police Department declared the incident an unlawful assembly.

Protesters at the Kansas statehouse in Topeka entered the building, according to local outlet KSNT. The protesters had obtained a permit for the protest from Kansas Highway Patrol, KSNT reported.

In Olympia, Washington, a pro-Trump mob broke through a gate at the Governor’s mansion.

The protestors, some armed, marched along the lawn, and some banged on the door with calls to “Arrest Jay Inslee,” also shouting “You took an oath!” Hundreds of Trump supporters initially gathered outside the Olympia statehouse, and marched to Inslee’s residence.

Inslee’s spokesperson said that at the time of the breach, the Governor and his family were moved to a safe location, and Washington State Patrol cleared protesters from inside the property.

After tuning into Trump’s inflammatory speech, his supporters also surrounded the state Capitol building in Madison, Wisconsin. According to the AP, the protest included a caravan of cars and trucks blasting their horns and sporting Trump flags.