A private jet company is offering $28,000 'weddings in the sky' as charter firms try to offset the loss of business travel 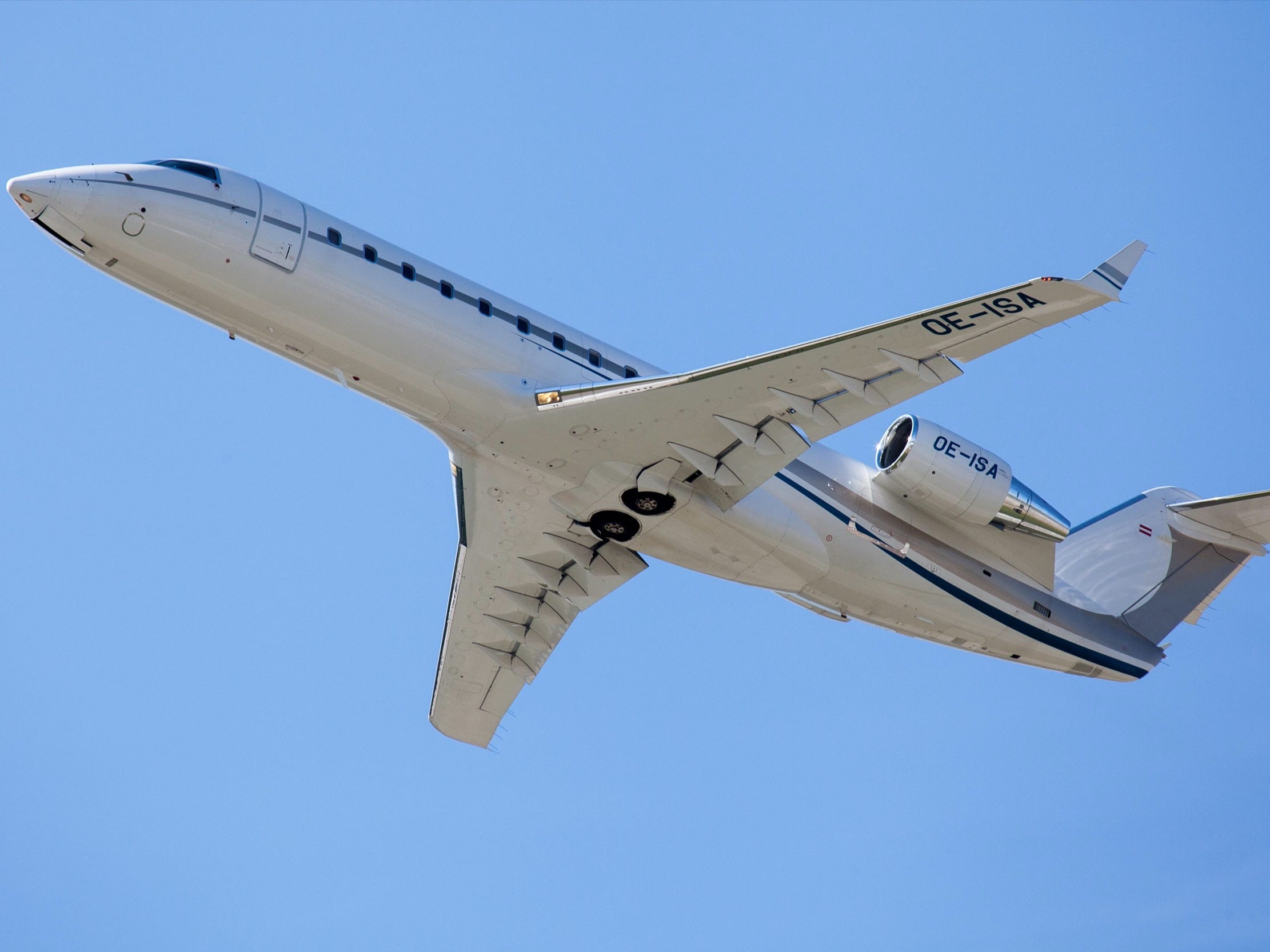 The coronavirus pandemic has disrupted countless industries and among those still affected is the wedding industry. A still-ongoing moratorium on large gatherings and push for social distancing forced some couples to push back their ceremonies while others settled for smaller, more intimate receptions.

But one company is offering soon-to-be newlyweds an alternative to the banquet halls in the form of a private jet. Aircraft charter brokerage Air Charter Service is offering a socially distanced “Wedding in the Sky” experience with receptions onboard private jets on two-hour flights to nowhere.

Packages start at $US18,000 and prices further vary based on aircraft size with options for a 16-seater heavy jet and six-seat light jet, each with their own perks depending on how exclusive the couple wants the wedding to be.

The standard amenities in each package include a chauffeured car to and from the departure airport of the couple’s choosing, an onboard floral arrangement, and a selection of champagne, canapes, and personalised wedding favours, among others. One of the flight crew members will also act as unofficial officiant during the flight.

Vows will have had to been exchanged in an official setting such as in a place of worship or government office before boarding the flight.

The unique experience comes as the private aviation industry shifts its focus to leisure travel in its recovery. A lack of business travellers has meant relying on more leisure flyers during an off-peak season for the segment and every flight counts, even if to nowhere.

Here’s what potential flyers can expect. 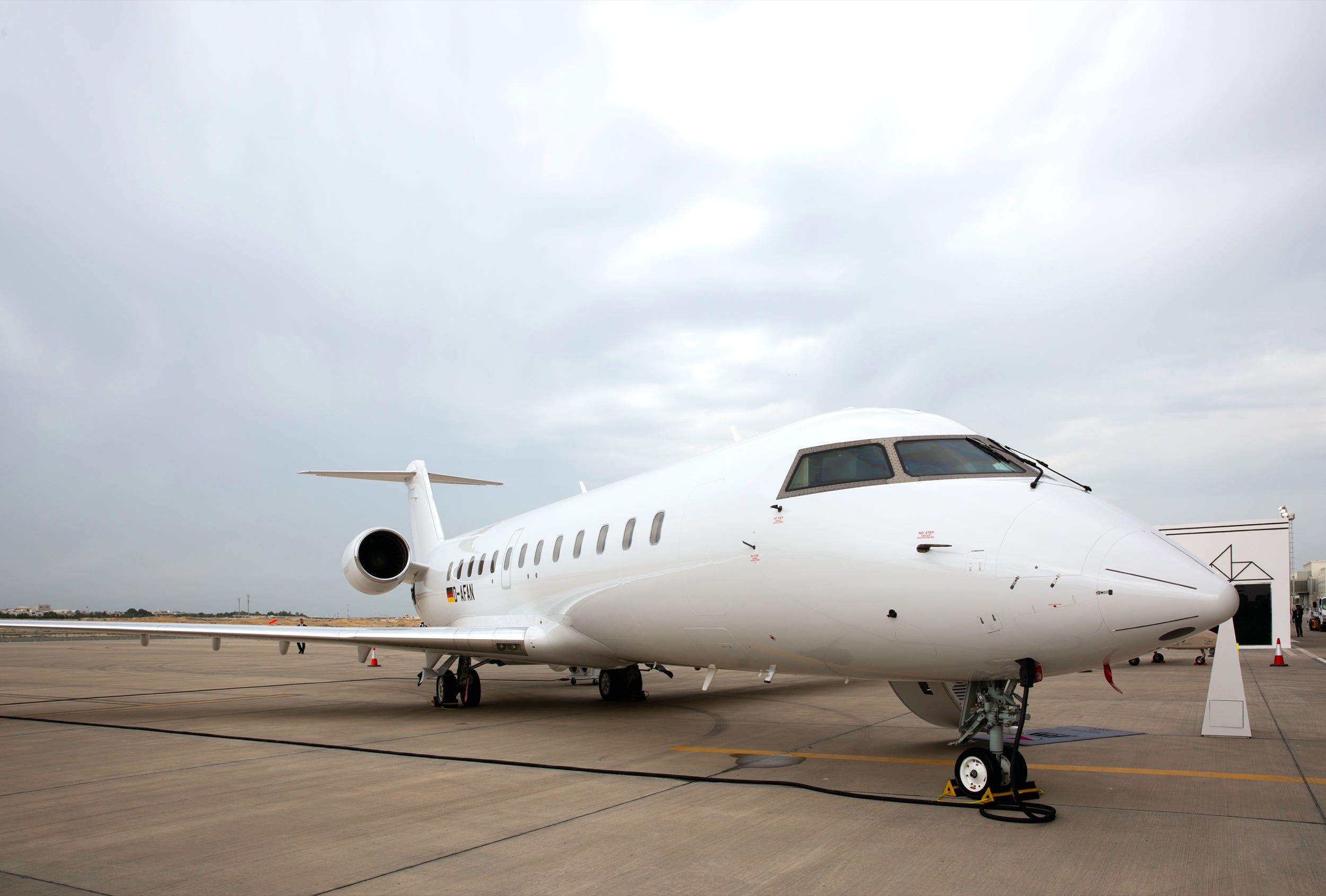 It includes a 2-hour flight on a large-cabin private aircraft, such as this Bombardier Challenger 850. 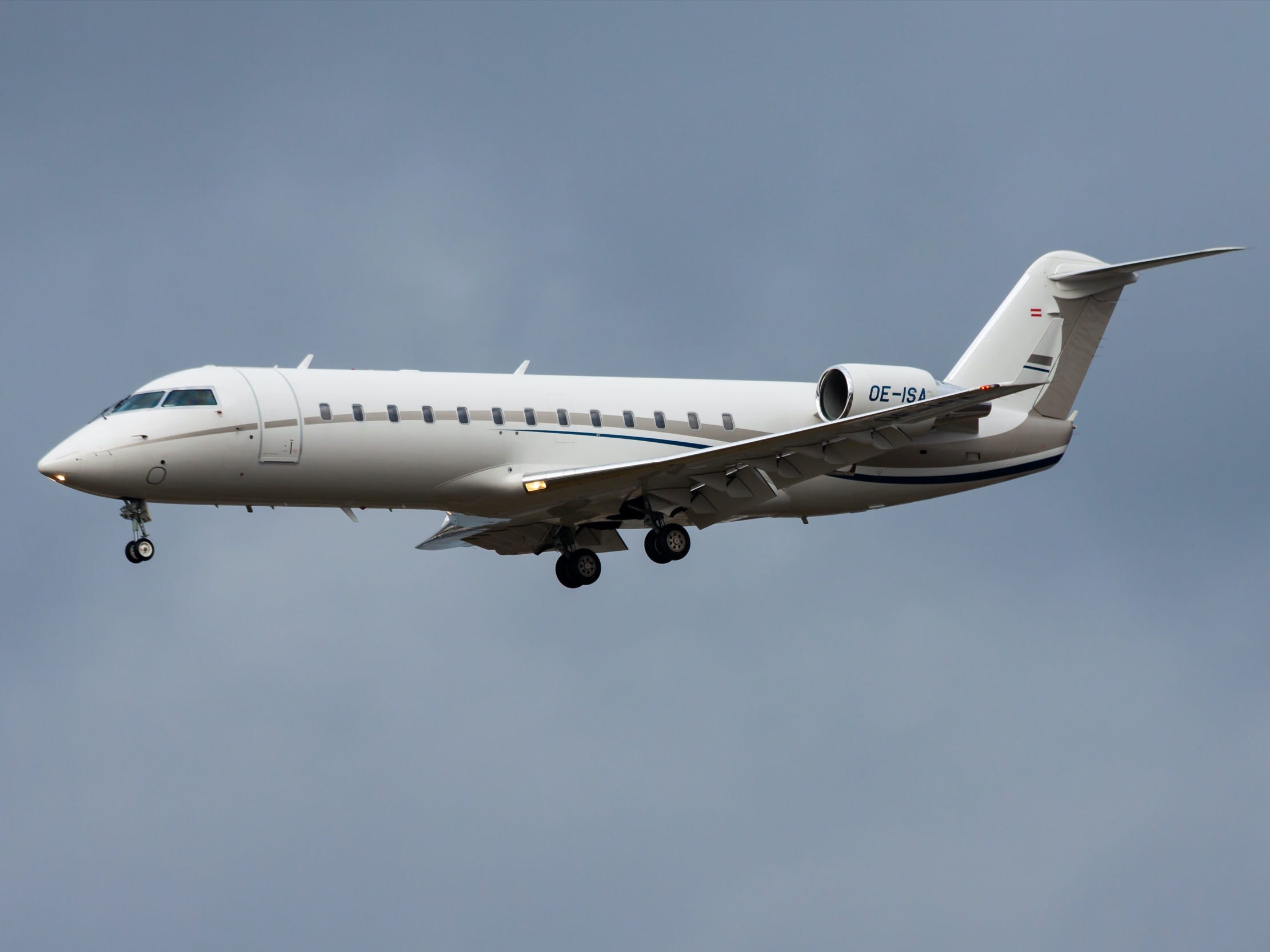 These types of aircraft have stand-up cabins so flyers don’t have to crouch when standing up. 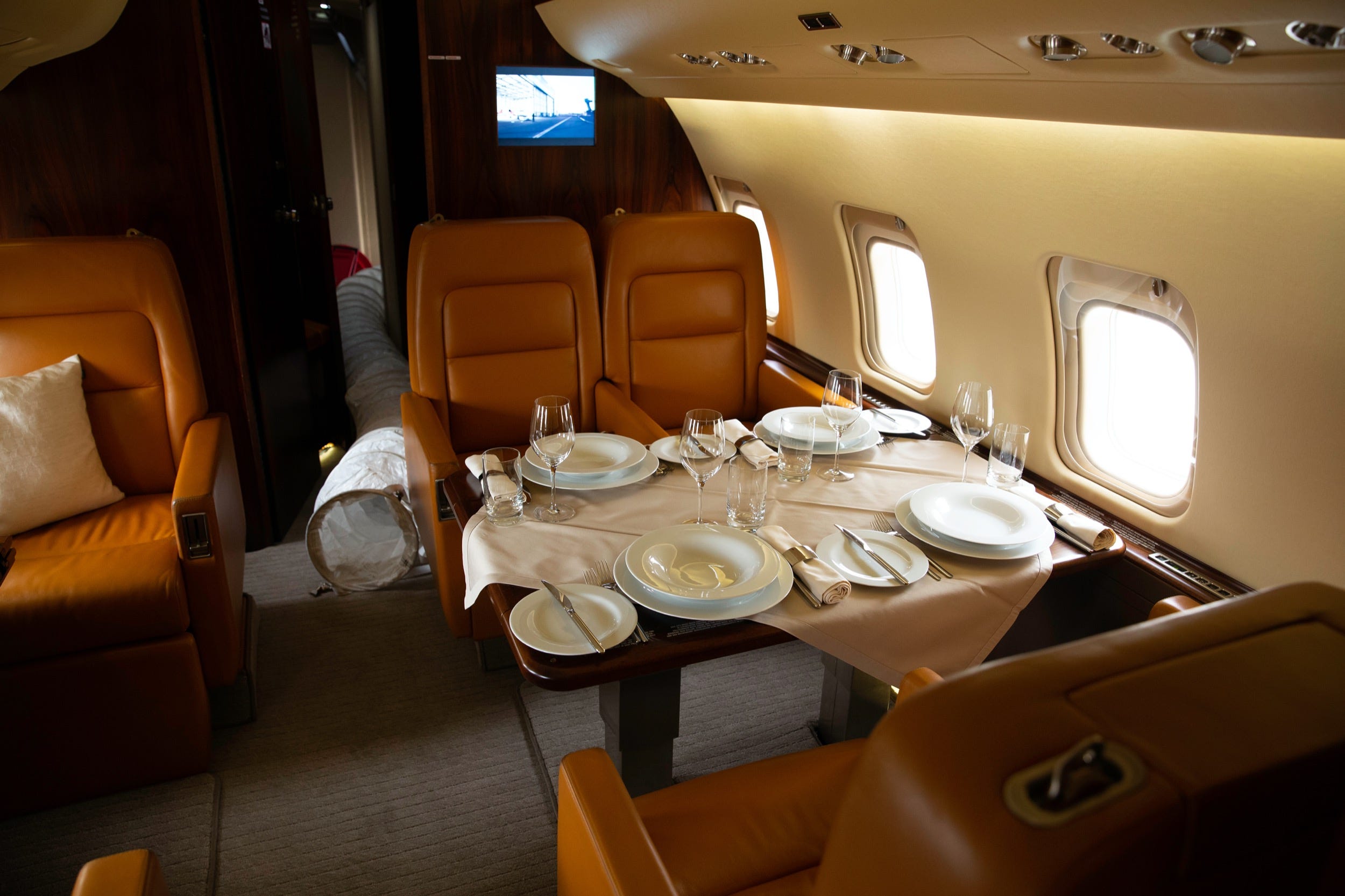 The size of the Challenger 850’s cabin is comparable to this Global 6500, another Bombardier heavy jet. 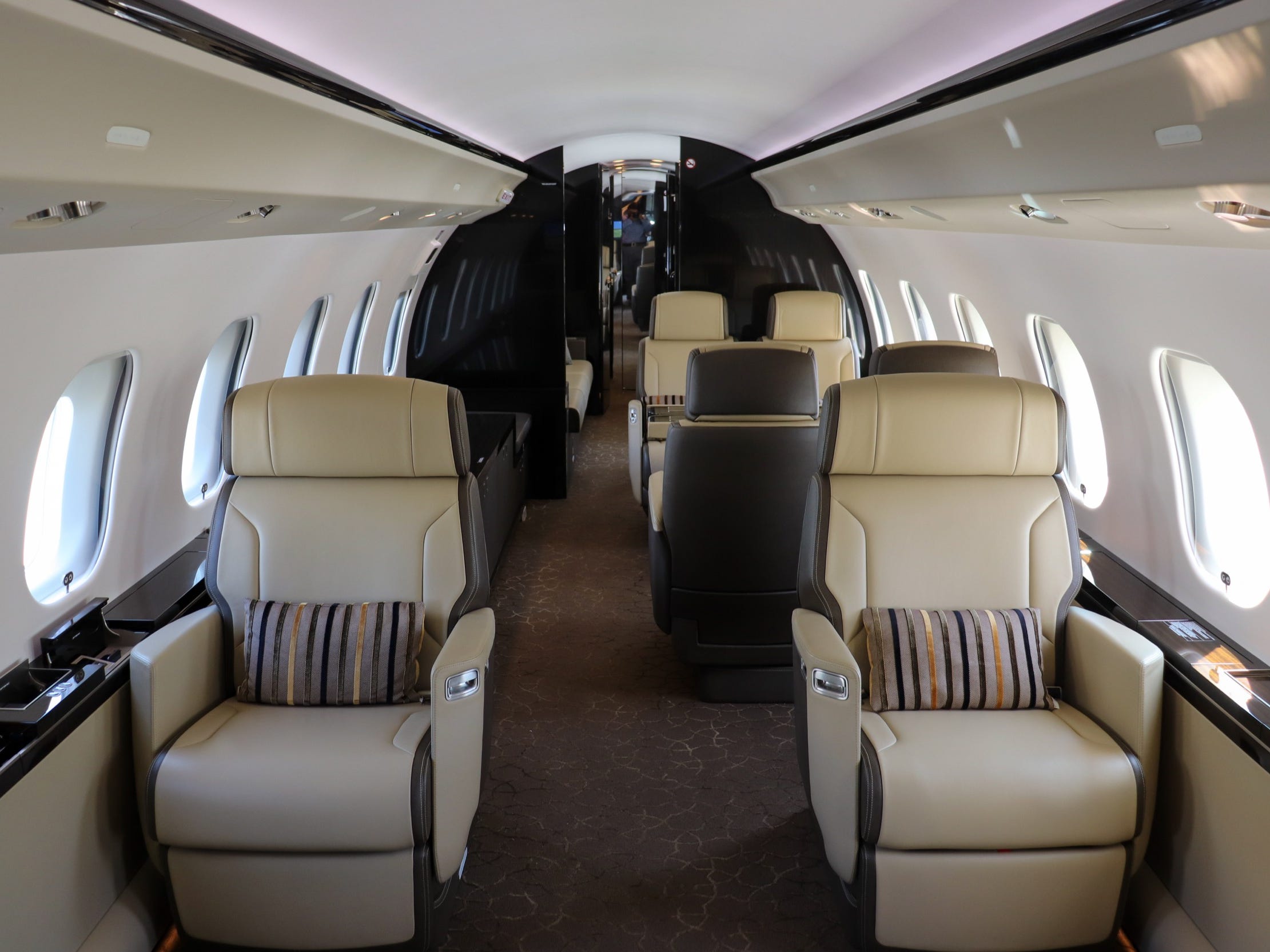 It’s what most people think of when they think “private jet” thanks to its size and luxurious cabin. 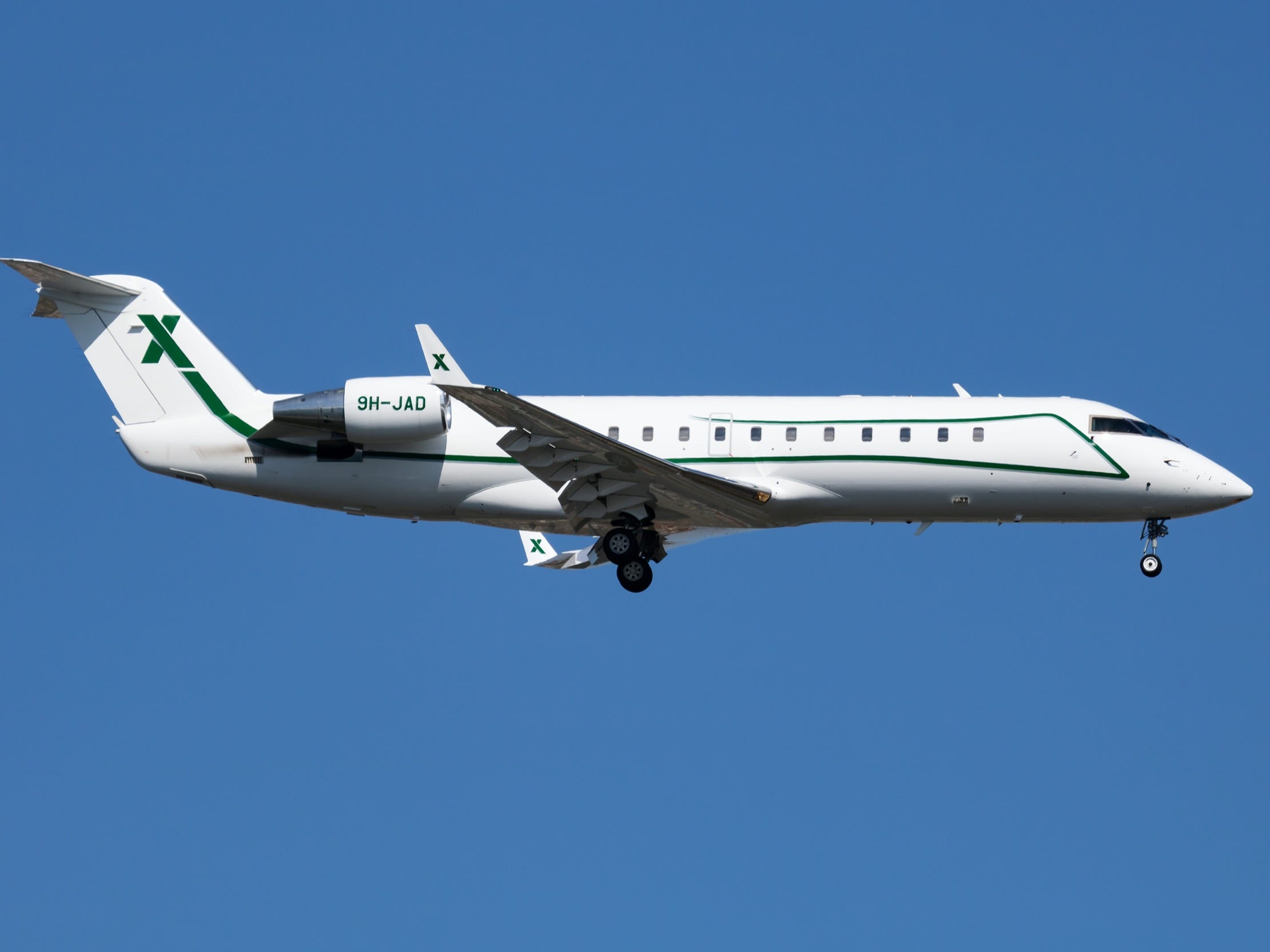 The Challenger 850 can also seat up to 16 in case additional members of the wedding party also want to take flight. 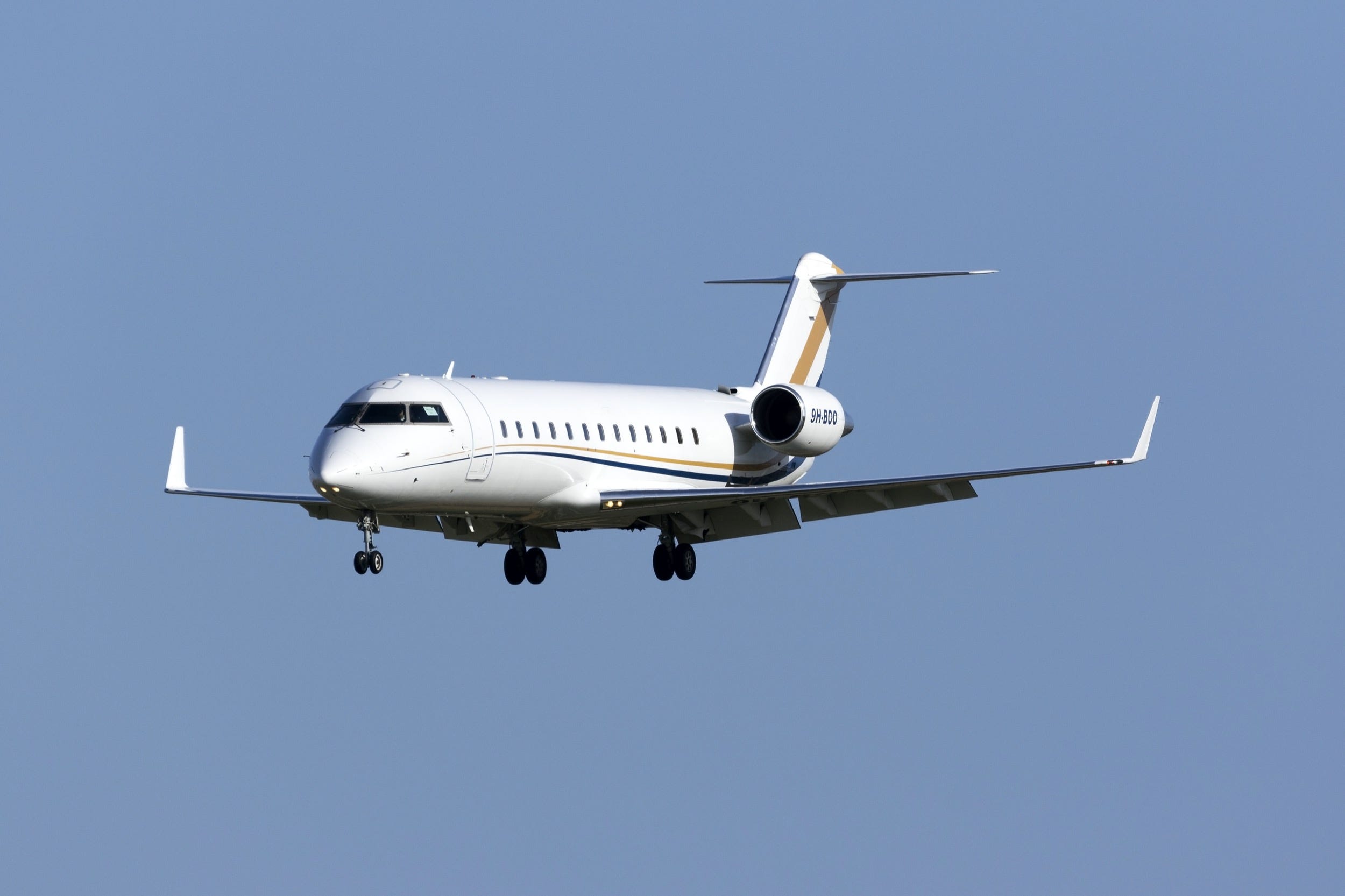 The happy couple can pick their flight route for the round-robin flight, with the option to fly over special places of significance. 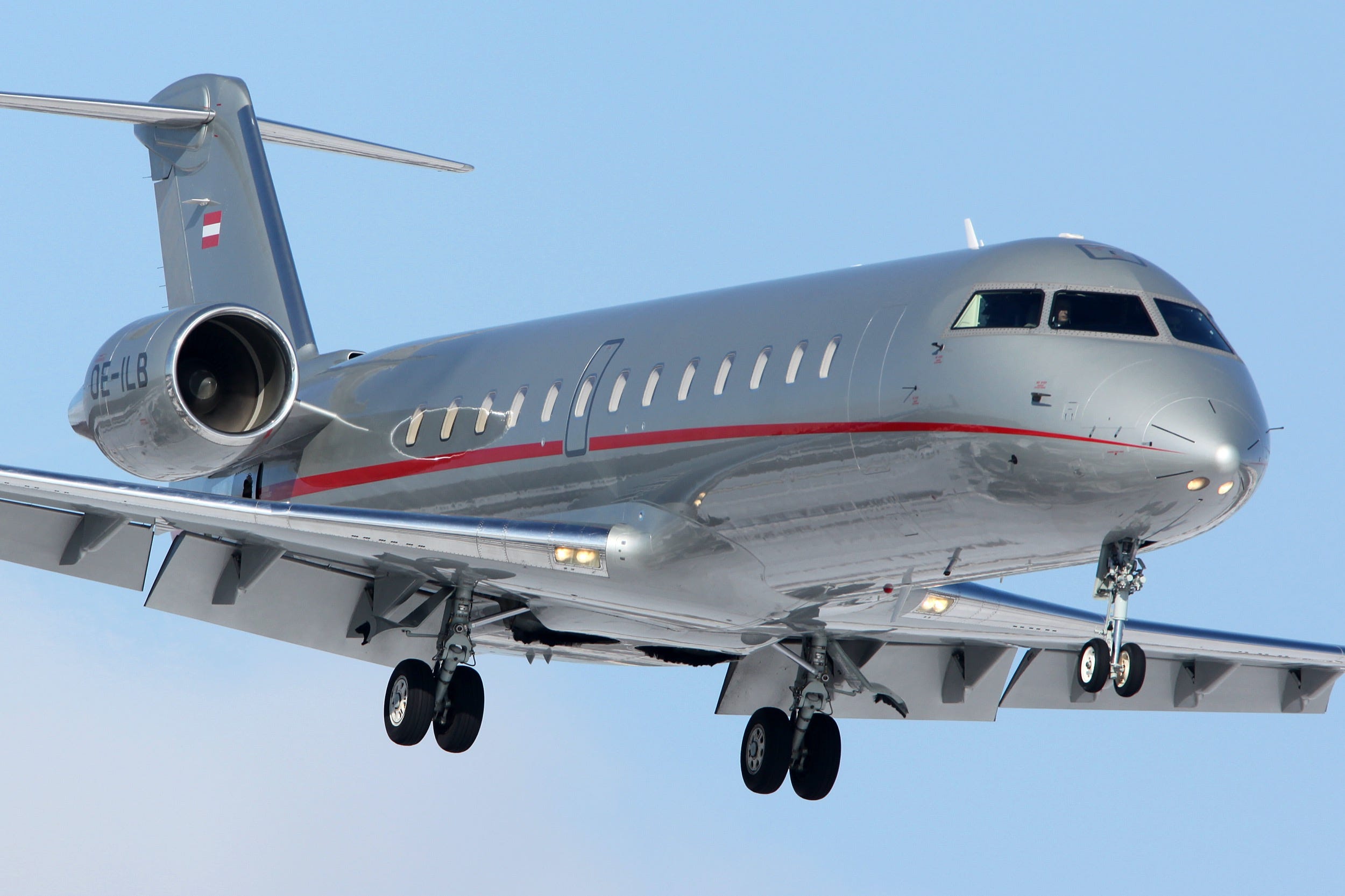 The Challenger 850 has a top speed of Mach .85, allowing the newlywed flyers to make the most out of their two hours. 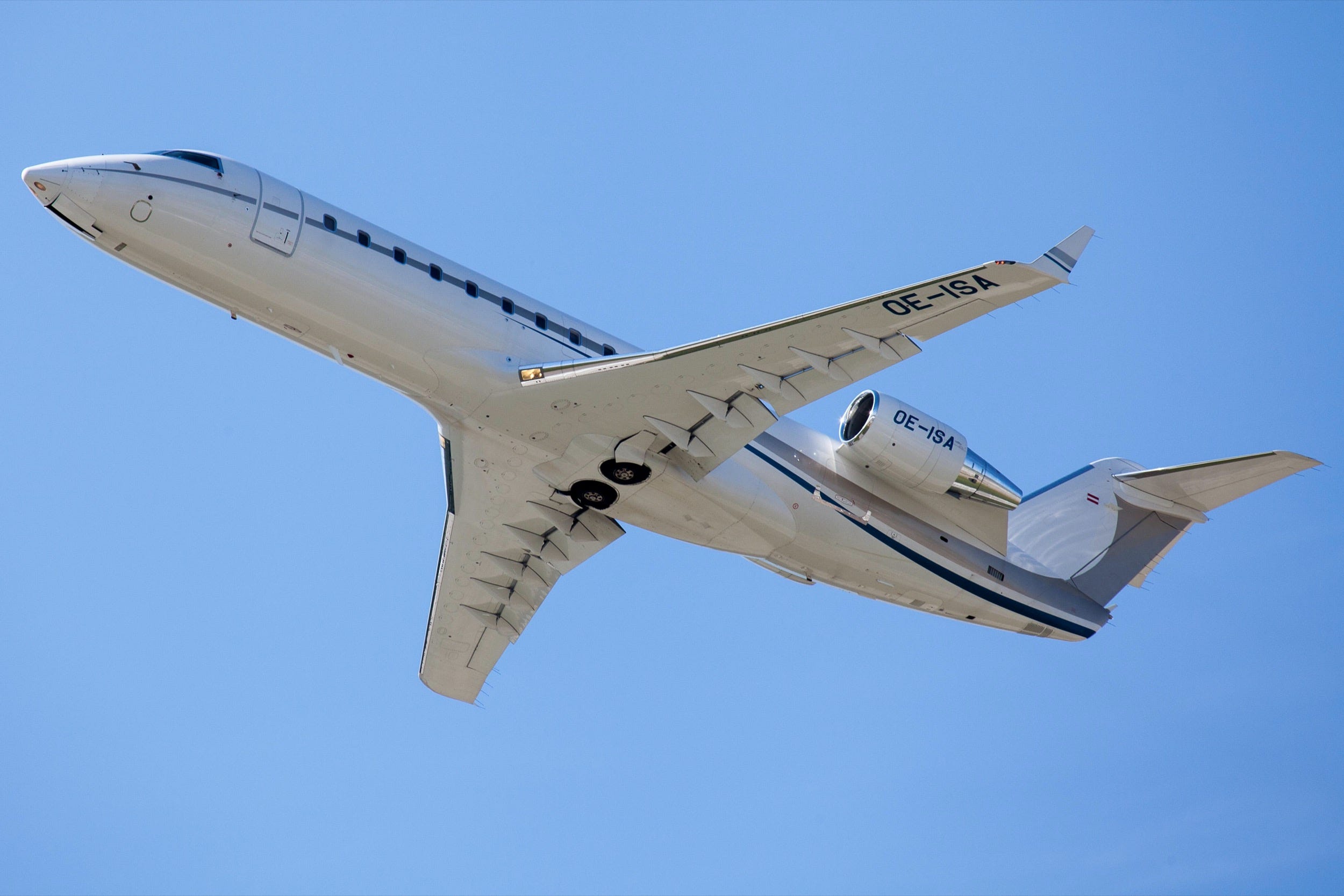 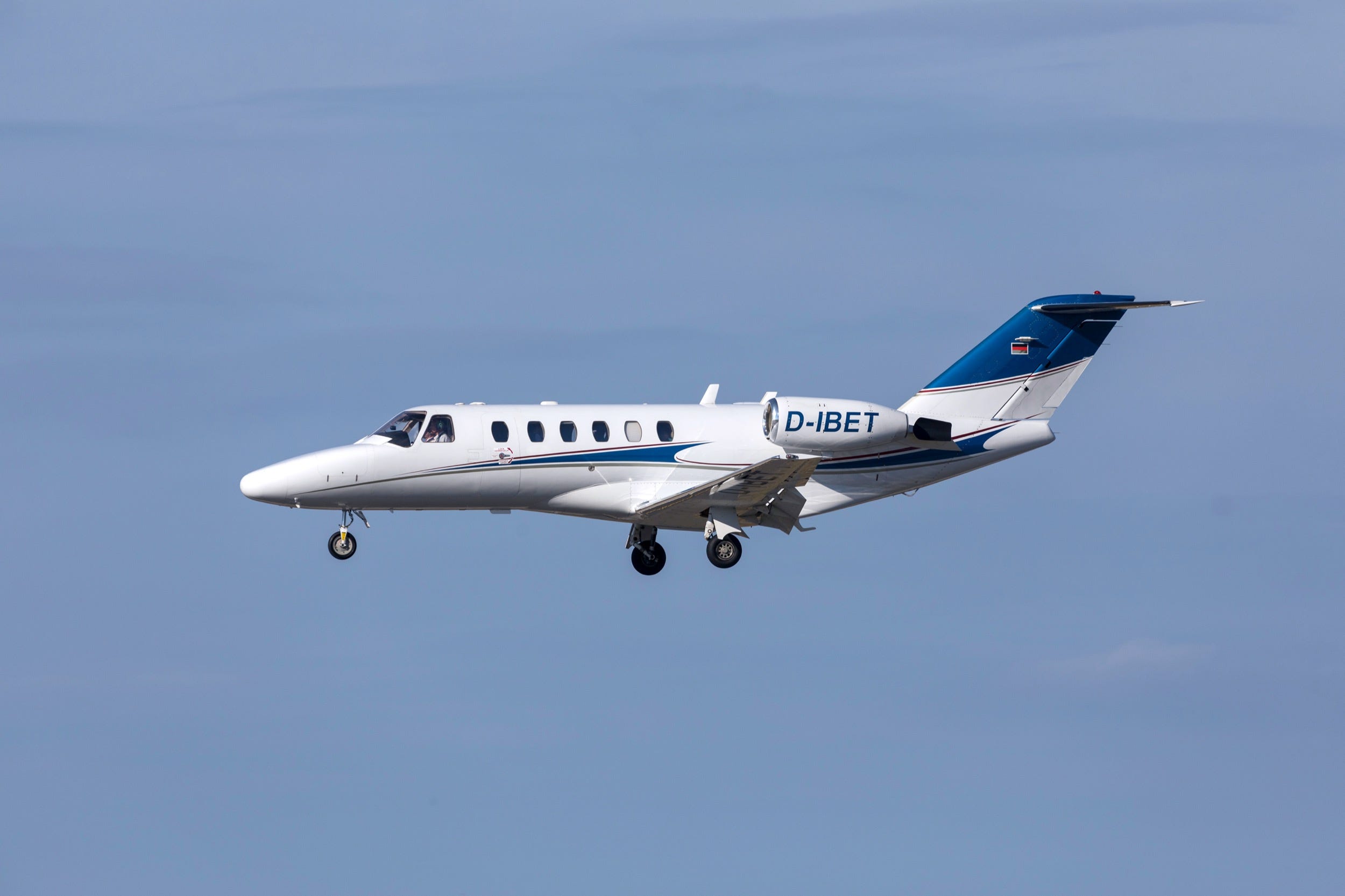 Starting at $US18,000, flyers are given a light jet, such as this Cessna Citation CJ2. 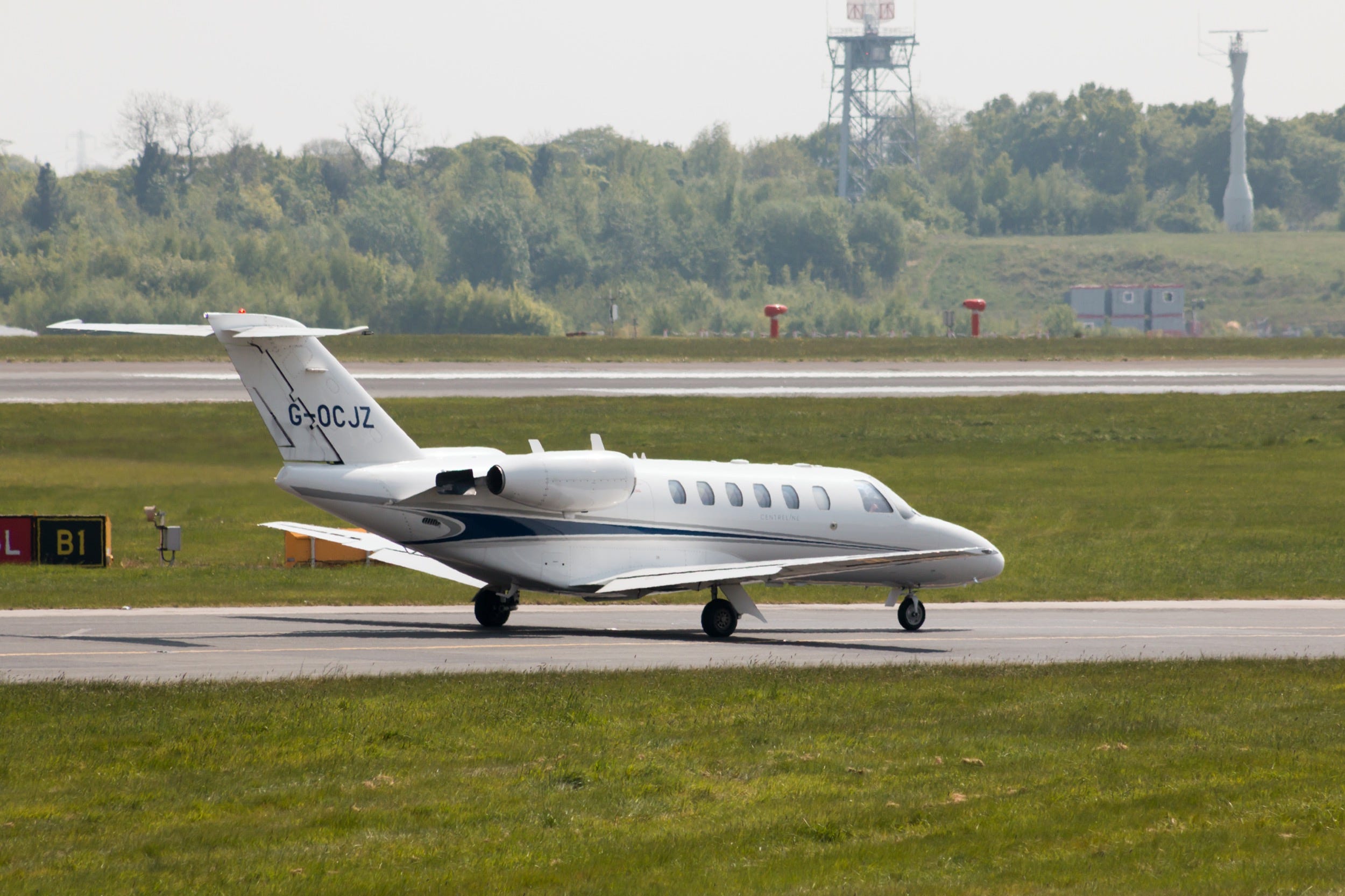 The Citation CJ2 seats six in a small cabin that affords very little extra room for guests. Here’s what the cabin looks like in a similar jet, the Citation CJ3. 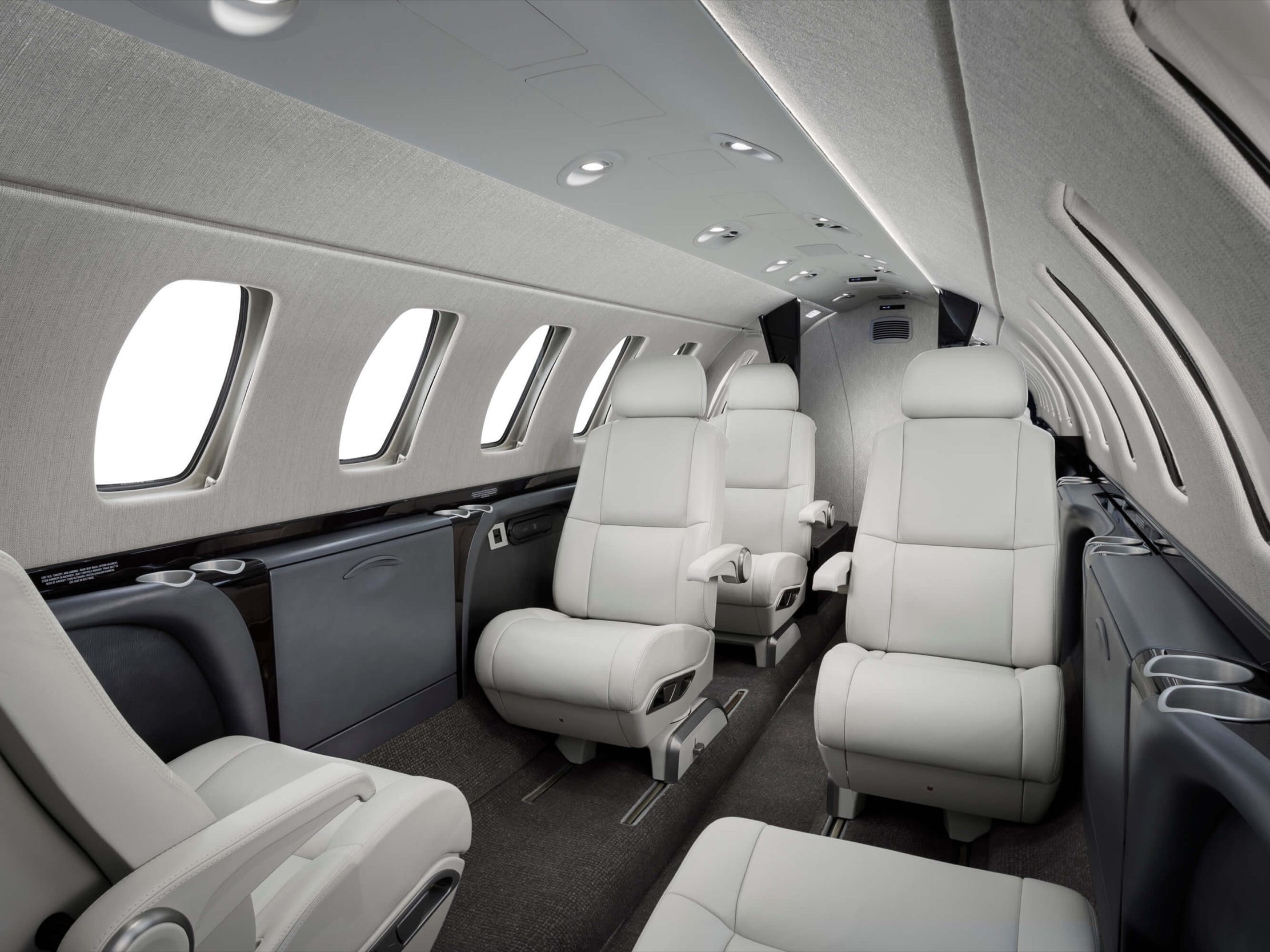 Flyers can similarly choose the route they take with the option to fly over places of significance. 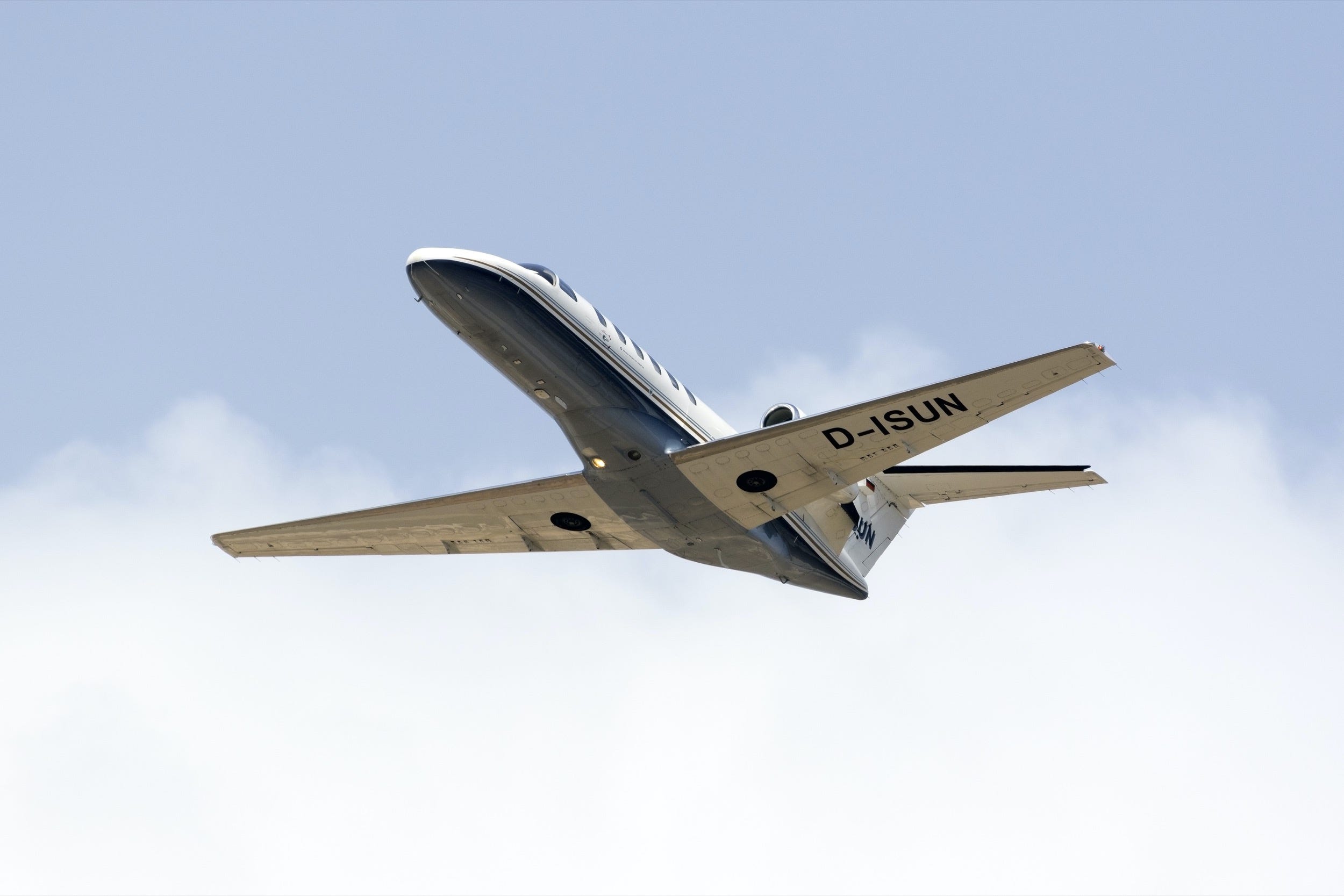 But Citation CJ2 has a slightly lower top speed of only around Mach .72, so the newlyweds might not get as far in two hours compared to the larger jet. 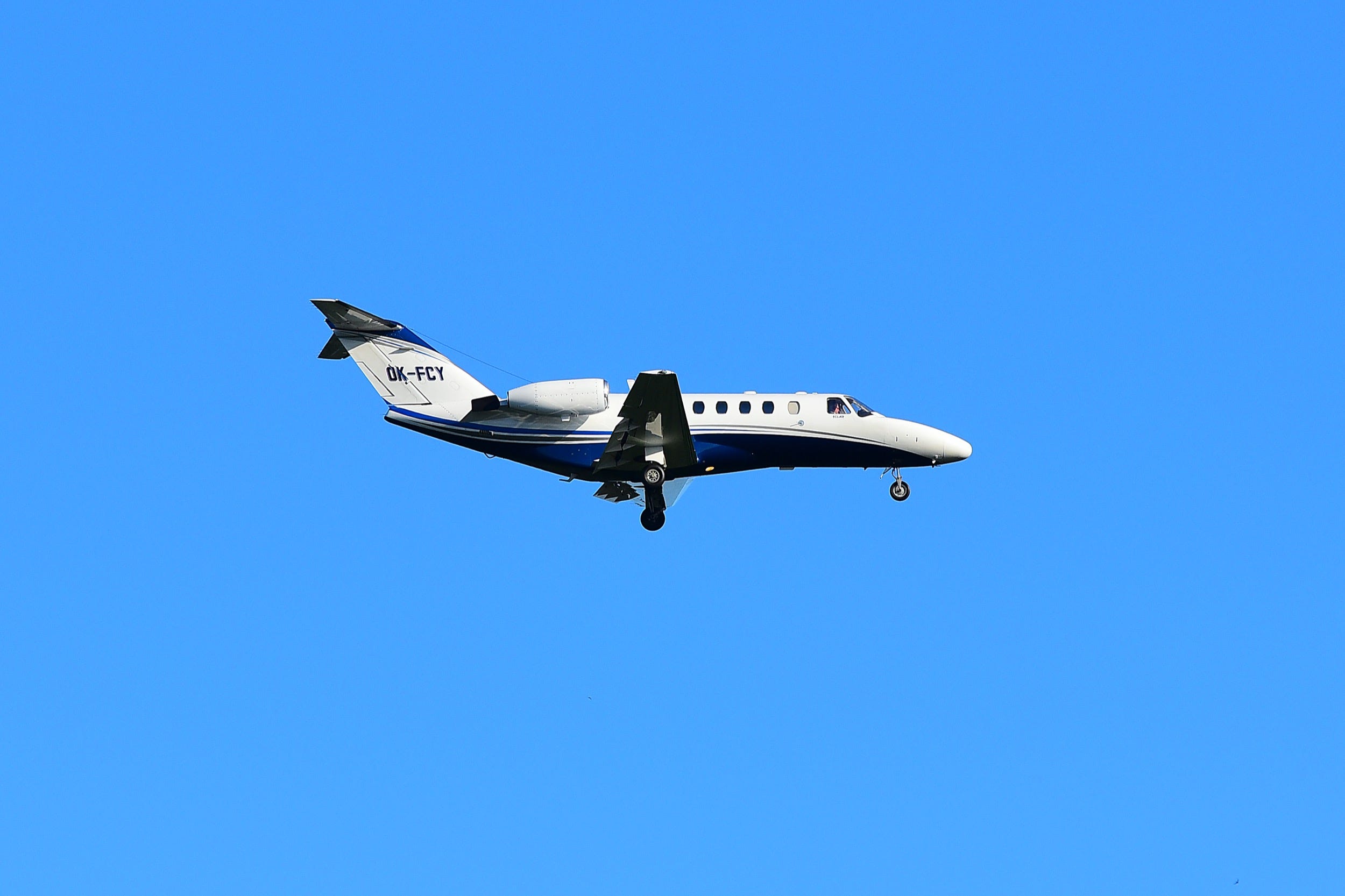 A perk of the smaller jet package, however, is that the couple will also receive passport holders customised with their initials, to be used for when Americans can travel overseas again. 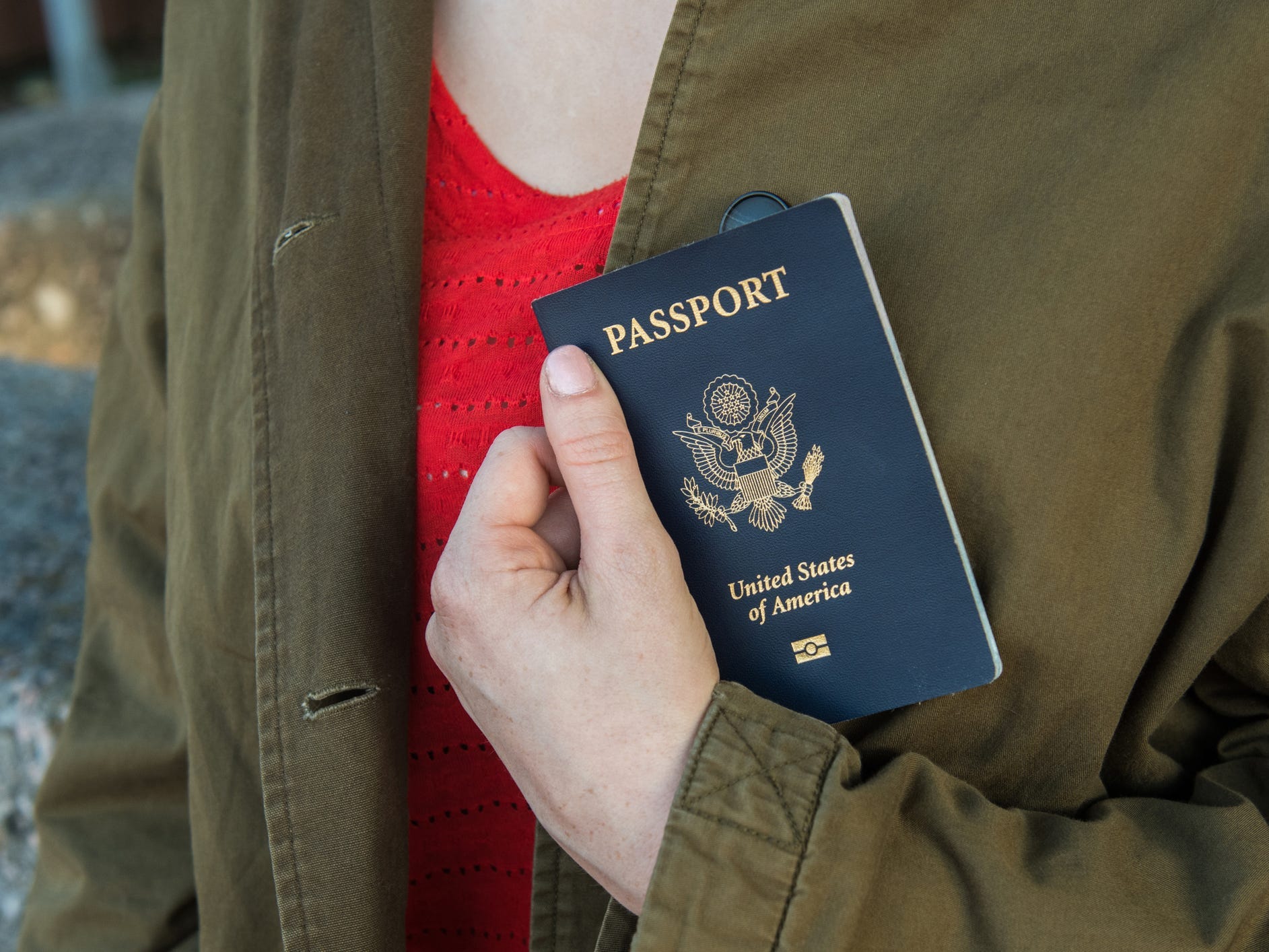