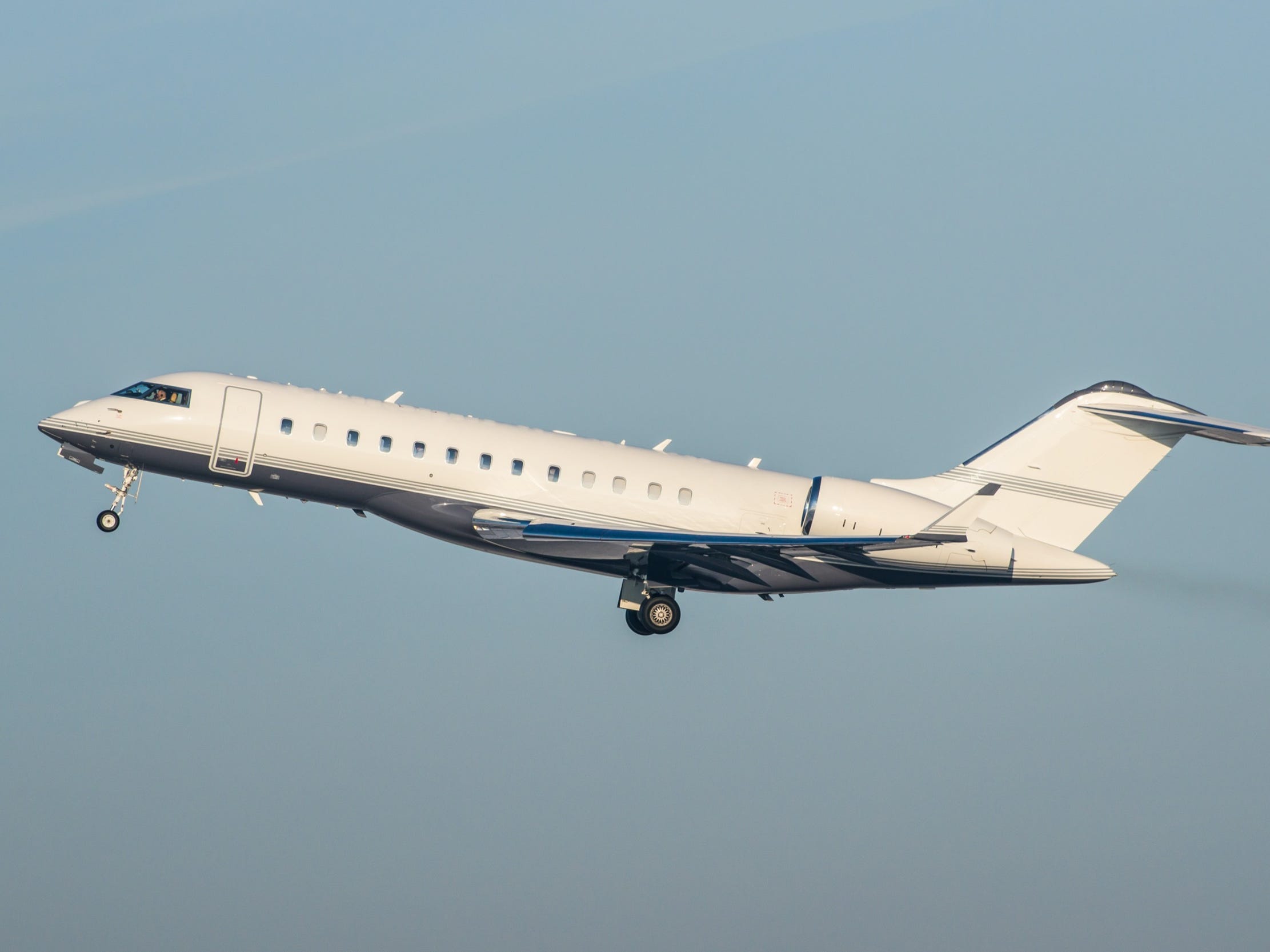 A key selling point in private aviation is convenience and the ability to fly non-stop on routes not served by the airlines is of paramount importance to business executives and leisure travellers alike.

The latest wide-cabin aircraft from Gulfstream and Bombardier pride themselves on being able to fly further than any private jets in their class, connecting city pairs previously only accessible with long-range commercial jets. Bombardier’s Global 7500 and Gulfstream’s upcoming G700, for example, can fly upwards of 7,500 nautical miles or around 17 hours in duration.

But Americans travelling 17 hours in any direction from the 50 states, however, will likely find themselves in a foreign country being turned away rather than welcomed with open arms, even if their arrival is on a multi-million dollar private jet. International travel restrictions have greatly hindered where Americans can travel with fears of the novel coronavirus keeping some borders shut.

A group of wealthy vacationers from Colorado discovered that lesson the hard way in July after flying to Sardinia, Italy. Authorities on the island â€” around 400 miles from the epicentre of the European outbreak in northern Italyâ€” wouldn’t let any of the American passengers leave the airport as they waited 14 hours for the crew to rest before leaving the following day.

Despite the restrictions, private jet operators have said that their largest aircraft have found ways to remain active.

Here’s how operators are making the most of their largest aircraft during the pandemic.

March saw world governments announce surprise travel restrictions with little notice that stranded some travellers on the wrong side of international borders. Commercial airlines and private jet operators alike were scrambling to adjust their flying and even to this day, travellers are still making their way home and some are relying on private jets to do so.

“It’s been an interesting phenomenon to watch some repatriations where you’ve got customers in different parts of the world who want to either get home or bring family members home,” Flexjet CEO Michael Silvestro told Business Insider.

Long-range aircraft are ideal for these flights as to avoid a stop in a third-party country, which could potentially create more complications for the passengers and crew. Every country has different rules regarding who they let in and though repatriation flights are typically granted for humanitarian reasons, that doesn’t make them easier to arrange.

“It’s not that it’s impossible to do, it’s just difficult to do so most people are just saying, we’re not doing it,” Silver Air CEO Jason Middleton told Business Insider.

A handful of countries outside of North America are open to Americans right now but most require a special dispensation for entry including proof of a negative COVID-19 test or positive antibody test, so operators are preparing their aircraft for any scenario.

“What we’ve done is, we’ve actually equipped the Globals tests that have a guaranteed 24-hour turn time that can be self-administered, mailed in, and then the results provided within a 24 hour period,” XOJET Aviation President and COO Kevin Thomas told Business Insider.

Travellers wouldn’t likely be able to book same-day flights for foreign countries that require proof of the negative test but it does make it easier for their aircraft to cross the border upon arrival and avoid potential concerns with local health authorities.

California’s Silver Air was actually able to perform two separate repatriations in one round-trip, flying a Portuguese resident from the US to Europe and then picking up an American in the UK to bring back home to the US.

“If we’re repatriating somebody into a country, we can do that pretty much anywhere in the world right now,” Middleton said.

Executives noted that the aircraft aren’t currently being used for overseas leisure flights since those trips are still heavily restricted and often require quarantine upon arrival.

Popularity in the domestic market

Long-range aircraft are still popular within the US as they often have the greatest number of seats short of an airliner and are useful for large groups travelling together. Coast-to-coast flights are a favourite in the domestic market because passengers don’t have to worry about potential fuel stops along the route, as is the case with midsize and some super-midsize aircraft.

Operators are even reporting that coast-to-coast flights between New York and Los Angeles have remained popular despite travel restrictions imposed by certain states that are impacting visitors and residents alike. New York, for example, is requiring a 14-day quarantine for arrivals from more than half of the US, as well as some US territories.

“New York to Florida, New York to California, California to New York, DC to the West Coast, those are typically our strong routes,” Thomas said, “with Teterboro obviously being our busiest airport across the network.”