Private citizens decode the Zodiac Killer's '340 Cipher' 51 years after it was sent to the San Francisco Chronicle, FBI confirms 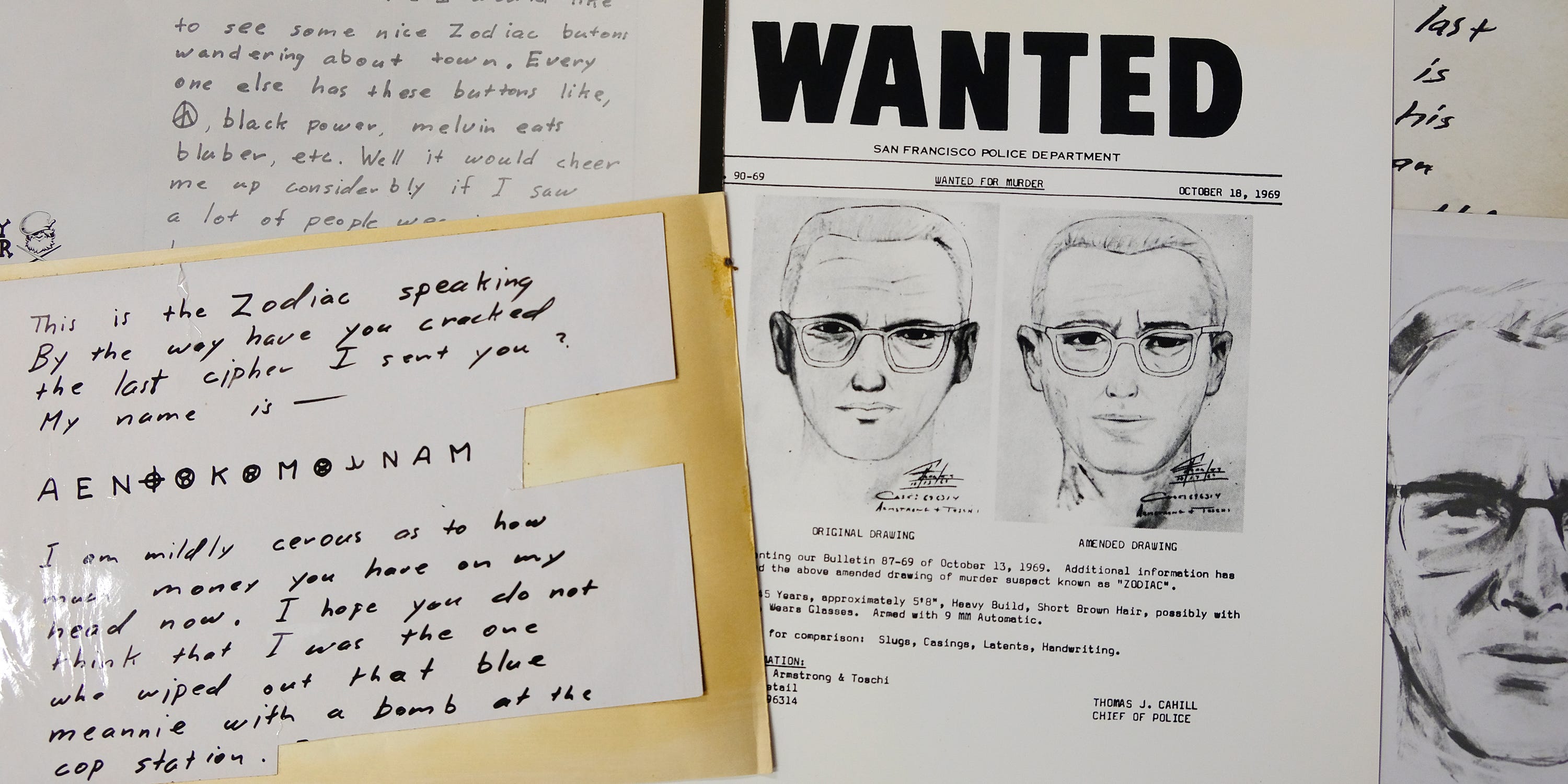 An international crew of amateur code breakers has deciphered a 340-character message from the Zodiac Killer, one of the US’ most infamous serial killers, the code-breakers said and the FBI acknowledged.

The killer, who sent cryptic messages to the San Francisco Chronicle in 1969 as well as to police departments, claimed responsibility for killing as many as 37 in the San Francisco area. The moniker “Zodiac Killer” was given after the killer included astrological symbols and references in his messages.

Until now, experts had not cracked the codes.

“I HOPE YOU ARE HAVING LOTS OF FUN IN TRYING TO CATCH ME THAT WASNT ME ON THE TV SHOW WHICH BRINGS UP A POINT ABOUT ME I AM NOT AFRAID OF THE GAS CHAMBER BECAUSE IT WILL SEND ME TO PARADICE,” the killer allegedly wrote in the message sent to the San Francisco Chronicle.

There was no clear confirmation of which TV show the Zodiac Killer referenced, or whether there was any significance to the spelling of “paradice.”

“ALL THE SOONER BECAUSE I NOW HAVE ENOUGH SLAVES TO WORK FOR ME WHERE EVERYONE ELSE HAS NOTHING WHEN THEY REACH PARADICE SO THEY ARE AFRAID OF DEATH I AM NOT AFRAID BECAUSE I KNOW THAT MY NEW LIFE IS LIFE WILL BE AN EASY ONE IN PARADICE DEATH,” the killer said, according to the code breakers.

On Friday, the FBI reacted to the news in a statement, writing that it was aware that “The cipher was recently solved by a team of three private citizens,” and adding that its Cryptanalysis and Racketeering Records Unit (CRRU) confirmed that the code breakers worked out the message.

“Over the past 51 years CRRU has reviewed numerous proposed solutions from the public â€” none of which had merit,” the FBI said. The FBI added that the investigation into the Zodiac Killer remains an ongoing case in its San Francisco branch.

“The Zodiac Killer terrorised multiple communities across Northern California and even though decades have gone by, we continue to seek justice for the victims of these brutal crimes. Due to the ongoing nature of the investigation, and out of respect for the victims and their families, we will not be providing further comment at this time,” the FBI said.

In December 1968, a year before the deciphered message was sent, the Zodiac Killer is believed to have killed two teenagers on Lake Herman Road in Benicia, California, and later shot a couple in July 1969 in their car in Vallejo, California, killing one of the victims. Within the same year, at least two more murders were attributed to the Zodiac Killer in San Francisco and Napa Valley.

The Zodiac Killer has never been caught, and investigators were hopeful that one of the ciphers would reveal the killer’s name, but the message did not help in that regard.