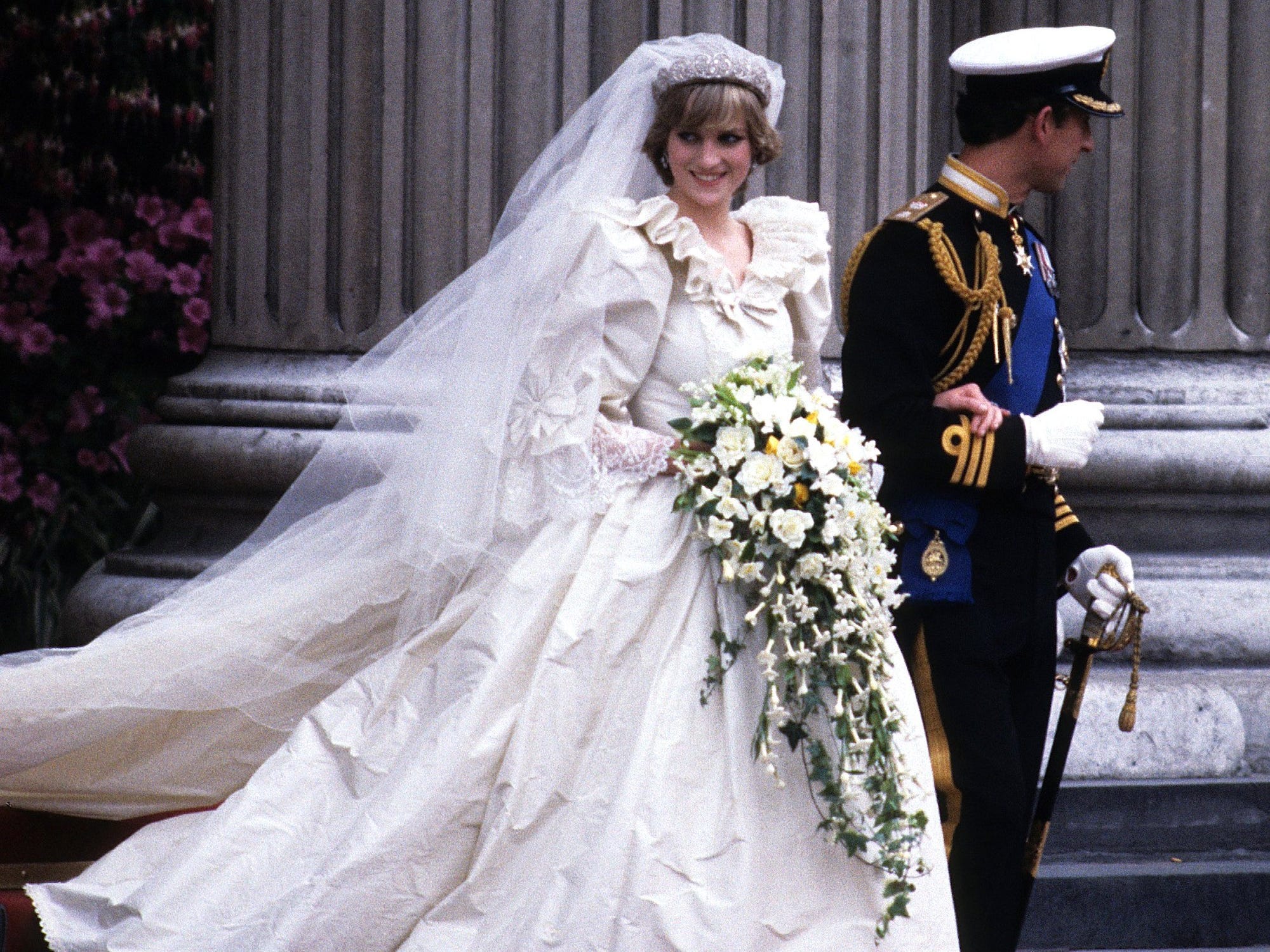 Anwar Hussein/Getty ImagesPrincess Diana and Prince Charles on their wedding day at St. Paul’s Cathedral on July 29, 1981 in London, England.

When it comes to royal wedding dresses, you could say Chloe Savage is a bit of an expert. After all, she worked on both Kate Middleton and Meghan Markle’s gowns for their big days.

The only wedding dress more famous than their show-stopping gowns was the one worn by their late mother-in-law Princess Diana when she tied the knot with Prince Charles in 1981. But Savage told Insider there was one major issue with the iconic ensemble.

“It was a beautiful dress, but someone should have warned them that it was going to be stuffed in the carriage!” Savage told Insider with a laugh. “It looked like it needed to be pressed.”

Princess Diana’s wedding gown was designed by the husband and wife duo Elizabeth and David Emanuel. It featured a 25-foot-long train, which had to be stuffed into a carriage as Diana made her way to St. Paul’s Cathedral in London. 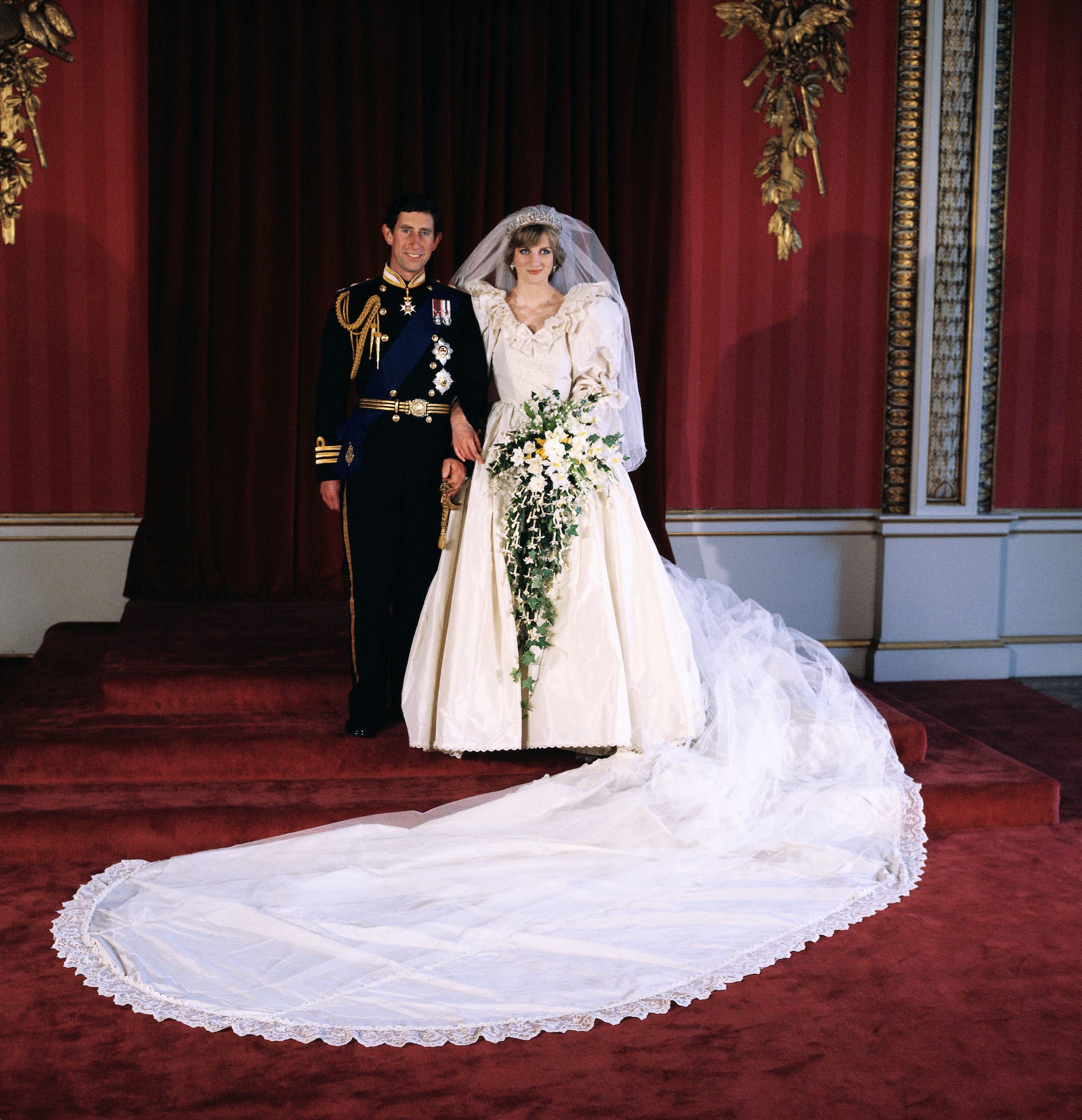 Savage, who now runs Chloe Savage Embroidery, told Insider she was shocked that they didn’t have a steamer on hand.

“You could have brushed it over before she walked down the aisle. It would have taken 10 minutes and all those creases would have dropped,” Savage said.

“It was a beautiful dress, very ’80s, very her,” she added. “But if you look at it you go, ‘Oh my god, is it that creased?’ It would have never occurred to anyone that it would have screwed up that badly.”

Princess Diana’s ride to the cathedral had been rehearsed before the big day, but there was one crucial mistake 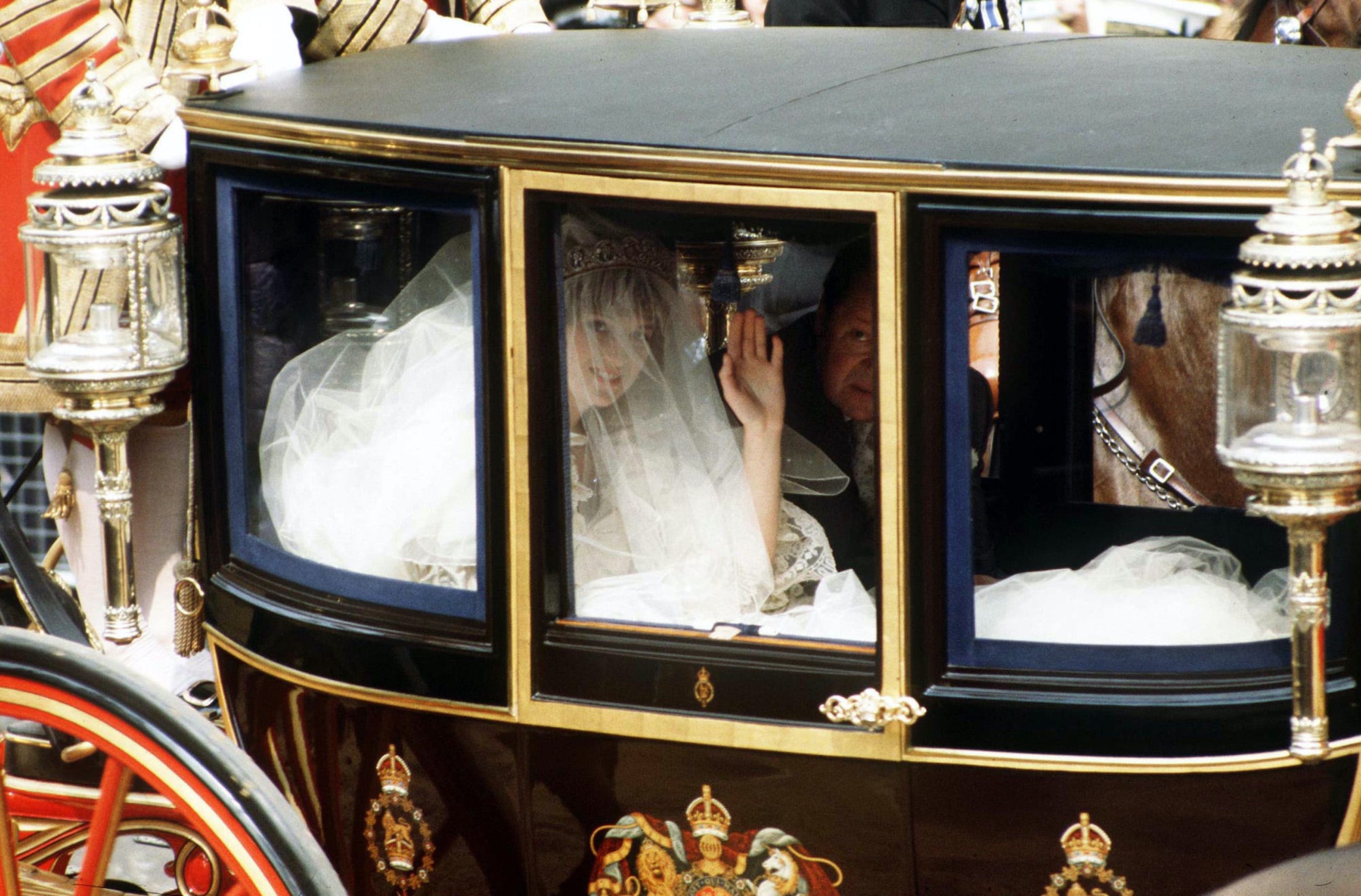 In Elizabeth Holmes’ book “HRH: So Many Thoughts on Royal Style,” Elizabeth Emanuel revealed that they had expected Diana to ride in the carriage by herself.

But Earl Spencer, Diana’s father, joined her inside the carriage on the actual day â€” which meant there was less room for her dress.

Emanuel said they tried to carefully fold Princess Diana’s dress and train “like you would fold a bed sheet,” but it wasn’t enough to prevent the ivory silk gown from creasing badly. 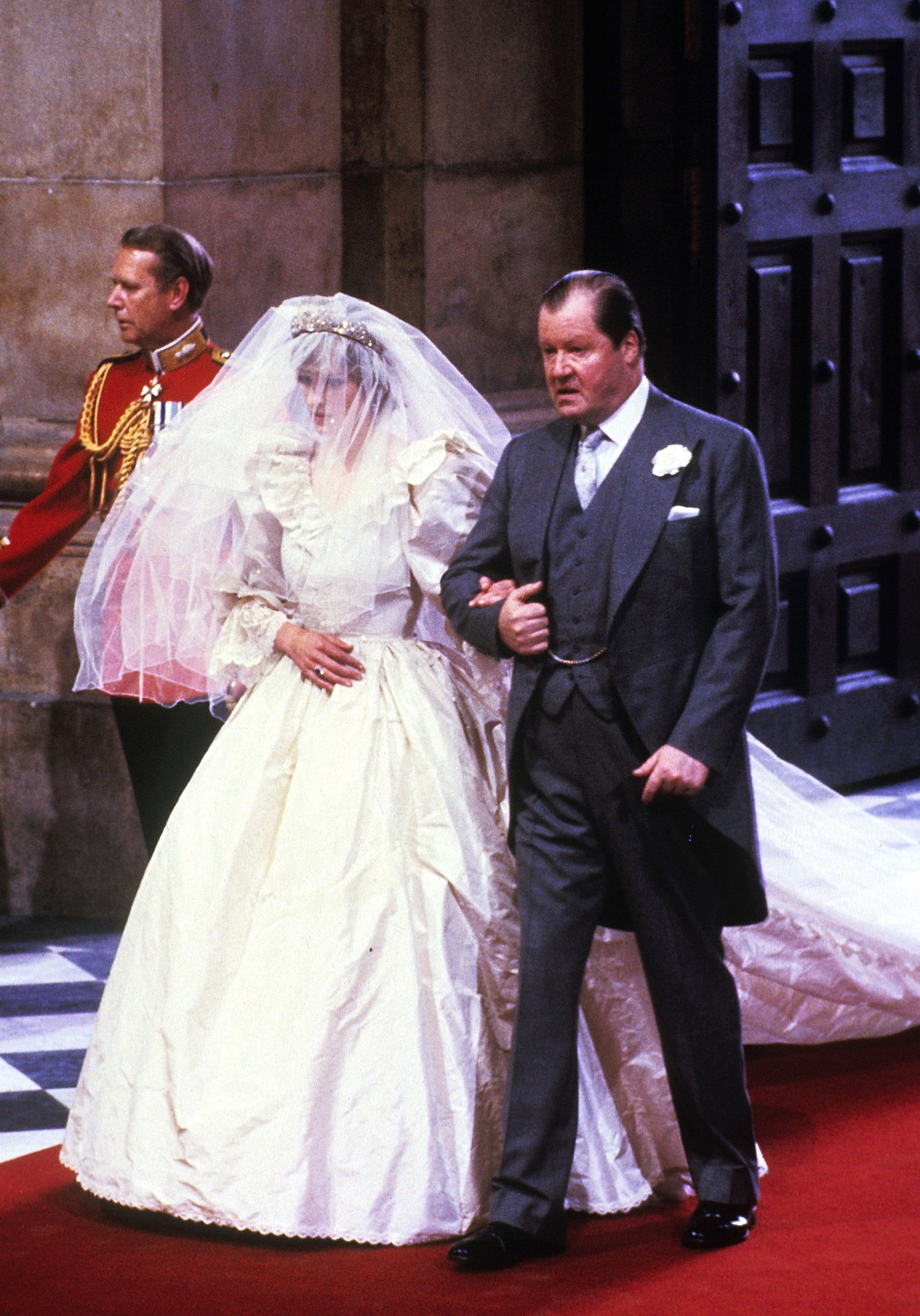 Anwar Hussein/Getty ImagesPrincess Diana enters St. Paul’s Cathedral on the hand of her father, Earl Spencer, on her wedding day.

“We did know it would crease a bit, but when I saw her arrive at St. Paul’s and we saw the creasing I actually felt faint,” she said during an appearance on ITV’s “Invitation to a Royal Wedding” in 2018.

“I was horrified, really, because it was quite a lot of creasing,” she added. “It was a lot more than we thought.” David Levenson/Getty ImagesDiana also spilled perfume on her wedding dress just before walking down the aisle.

Creasing wasn’t the only issue on Diana’s wedding day

The Princess of Wales also spilled perfume on her dress right before she walked down the aisle, according to InStyle.

Barbara Daly, Diana’s makeup artist, tried to clean the mess, but the Houbigant Paris Quelques Fleurs perfume still left a large stain on her gown. Daly said she told Diana to hold her dress up by the stained area to try and cover it.

While everything with her wedding dress didn’t go according to plan, Diana still took the time to personally thank her designers.

David Emanuel recently told Hello magazine that Diana called him before leaving for her honeymoon to tell him how much she loved the gown. 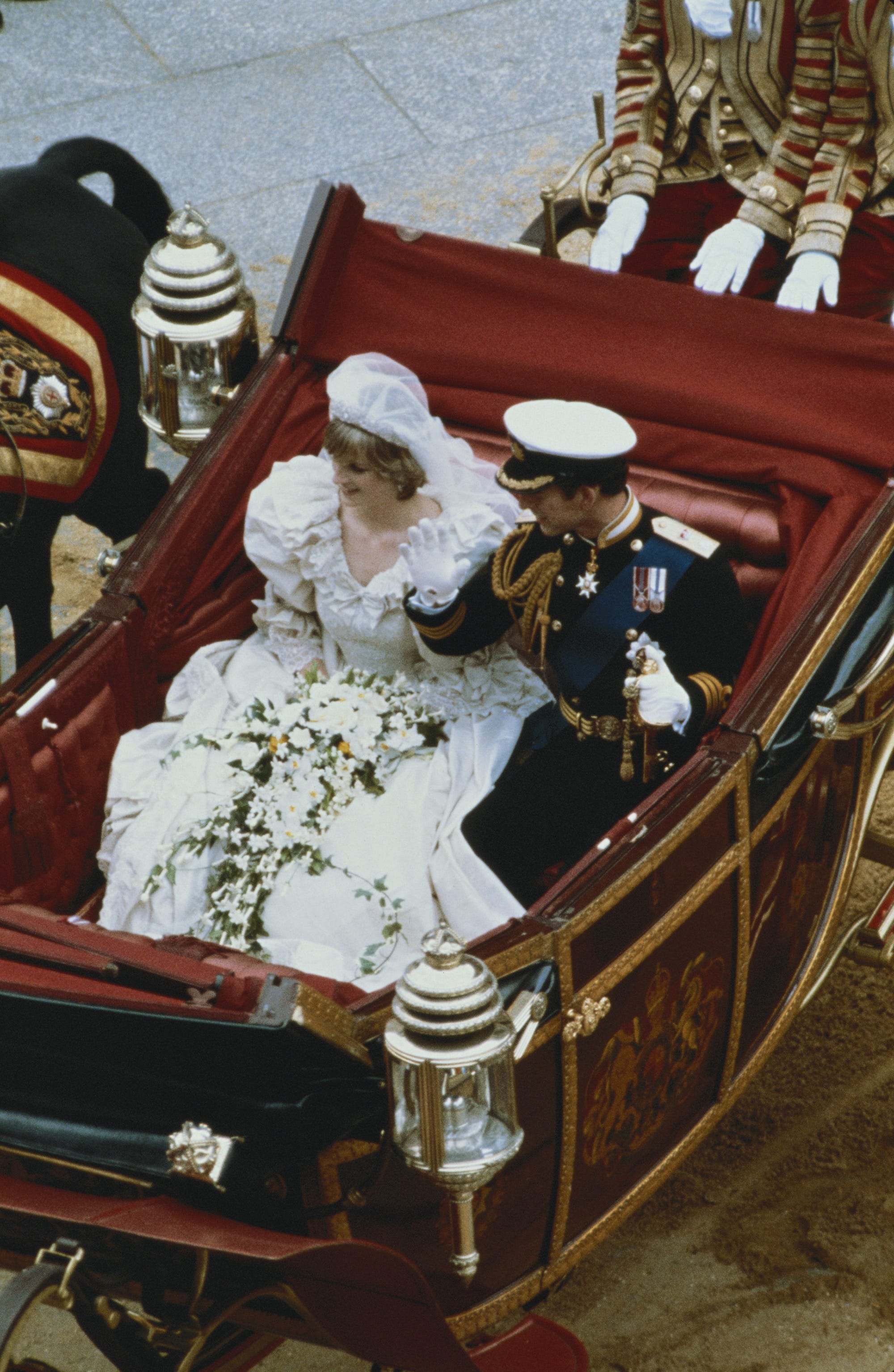 Keystone/Hulton Archive/Getty ImagesPrincess Diana personally called the designers to tell them how much she and Prince Charles loved her dress.

“After all the photographs, they went in to have the wedding breakfast and I went back to my studio in Mayfair. All of my workroom ladies were there so we had a glass of champagne,” he recalled.

“We had a little party and just as I’m about to lock up, the phone rings … I thought who’s calling? It was Diana! She said ‘I just wanted to say thank you so much for the gown. I loved it. Prince Charles loved it. All the family loved it,” Emanuel continued.

“It couldn’t have been more special for me to hear from the client,” he added. “When you design for a bride you want her to be happy. As long as the bride is happy that is all that matters. The fact she took the time before she went off on honeymoon … that’s genuine kindness.”