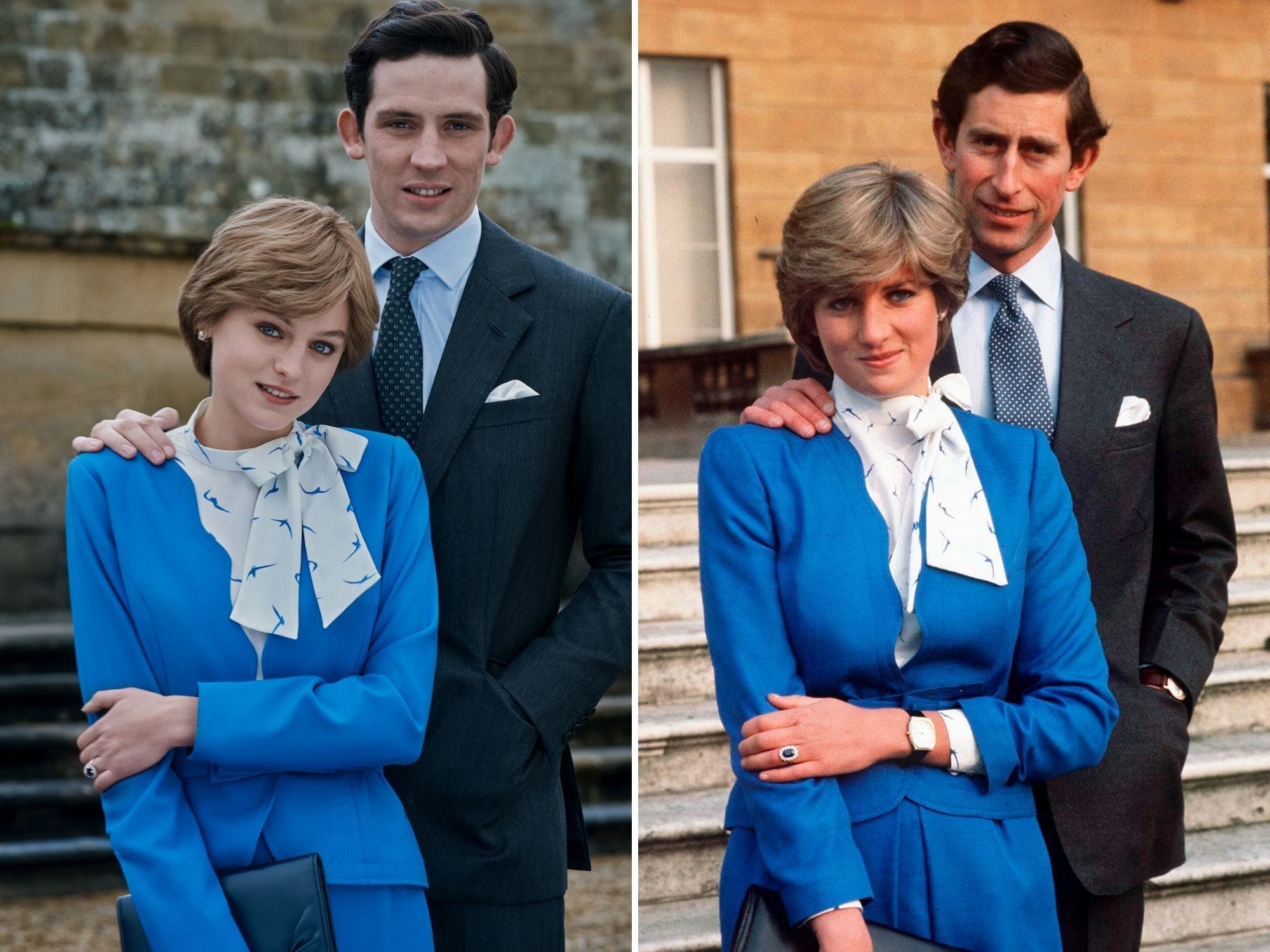 Des Willie/Netflix; Tim Graham Photo Library via Getty ImagesEmma Corrin and Josh O’Connor in ‘The Crown’; Princess Diana and Prince Charles announce their engagement with a portrait taken on February 24, 1981.

On February 24, 1981, Princess Diana â€” then Lady Diana Spencer â€” and Prince Charles announced their engagement with a series of portraits taken outside of Buckingham Palace.

Thanks to season four of Netflix’s “The Crown,” the story behind the now-iconic ring has come back into focus.

In episode three, “Fairytale,” the Queen presents Diana with a selection of engagement rings following Charles’ proposal in early February. The options include a selection of family heirlooms and rings for purchase. Diana chooses a blue-and-white sparkler by royal jeweller Garrard.

When she picks out her ring, Charles jokes that Diana chose it because it was the most expensive.

“And you like that one because?” the Queen asks Diana.

Diana responds: “Because it reminds me of my mother’s engagement ring, and it’s the same colour as my eyes.” 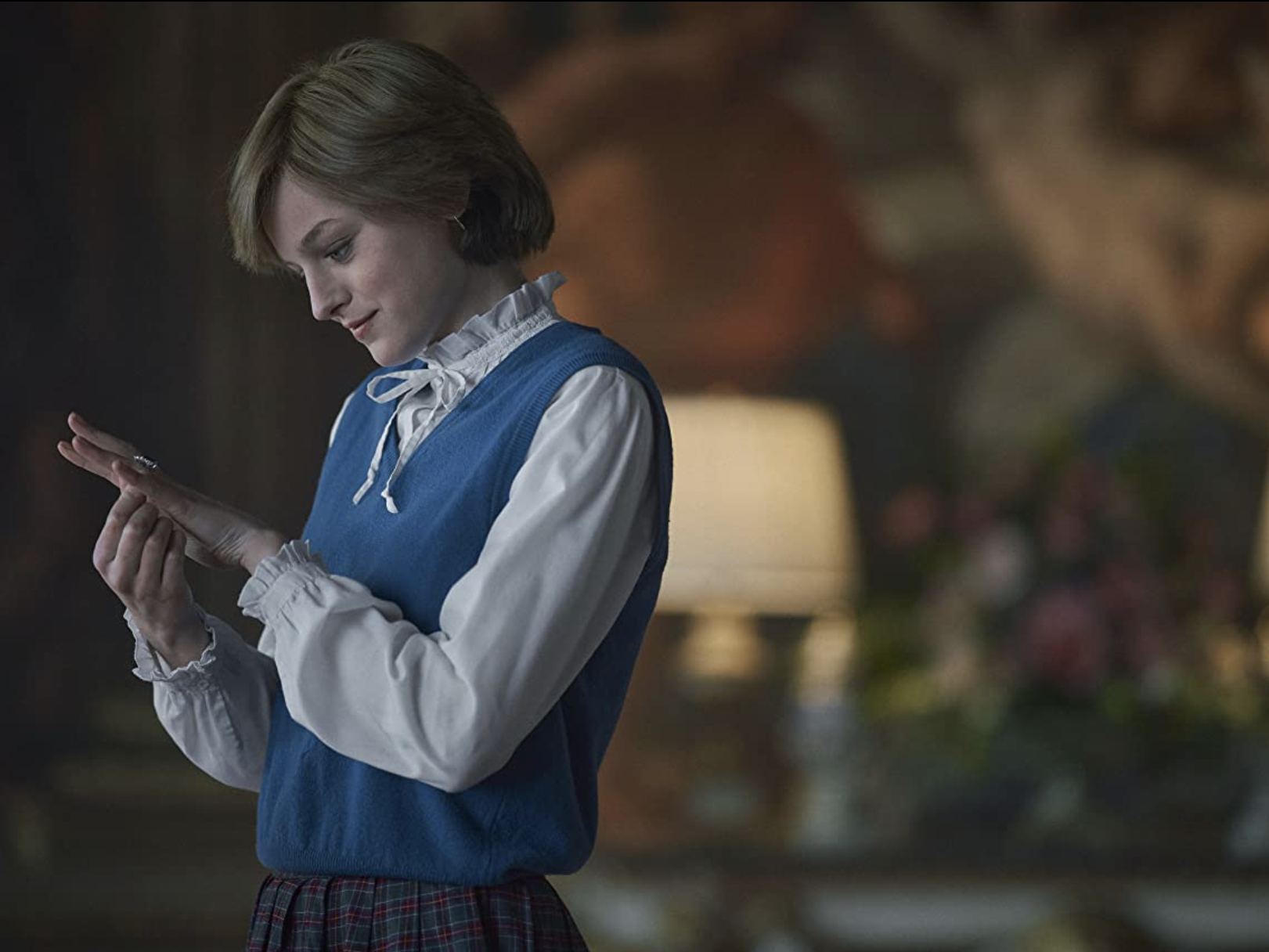 Des Willie/NetflixLady Diana Spencer, played by Emma Corrin, looks down at her new engagement ring in episode 3, season four of Netflix’s ‘The Crown.’

In real life, the ring did come from Garrard, which had served as the official jeweller of the monarchy since 1843.

However, there are varying accounts about why Diana picked the ring and whether Diana actually picked it out herself, according to “The Crown” lead researcher Annie Sulzberger.

“There are a few different theories as to why Diana selected the ring: the colour matched her eyes, the Queen may have actually selected it, or as Diana was later quoted as saying, ‘It was the biggest,'” Sulzberger told Vogue UK. “Others claim that it simply reminded her of her mother’s engagement ring.”

Diana’s ring was technically available as a stock item from the jeweller’s catalogue, according to The Court Jeweller, a blog about royal jewellery written by historian Lauren Kiehna.

This means that anyone could have purchased it, but they would have needed to cut a large check.

Consisting of a 12-carat Ceylon sapphire ring surrounded by a cluster of 14 solitaire diamonds set in 18-karat white gold, the ring was not inexpensive, though estimates of how much the ring cost in 1981 vary.

Then again, it’s hard to put a price tag on something that has achieved legendary status.

The ring has ties to royalty even beyond Diana.

Its sapphire-and-diamond combination was a nod to a brooch owned by the late Queen Victoria, also designed by Garrard, the jeweller writes on its website. Prince Albert gifted her the brooch on their wedding day in 1840.

The ring is now worn by Kate Middleton, wife of Diana’s son Prince William, and its passing-down sparked a frenzy in the jewellery world.

Three months after William and Kate announced their proposal on November 16, 2010, the Natural Sapphire Company reported a 300% increase in sapphire sales, per Forbes. The company was a supplier to high-end stores such as Tiffany & Co. and Cartier at the time, Forbes reported. 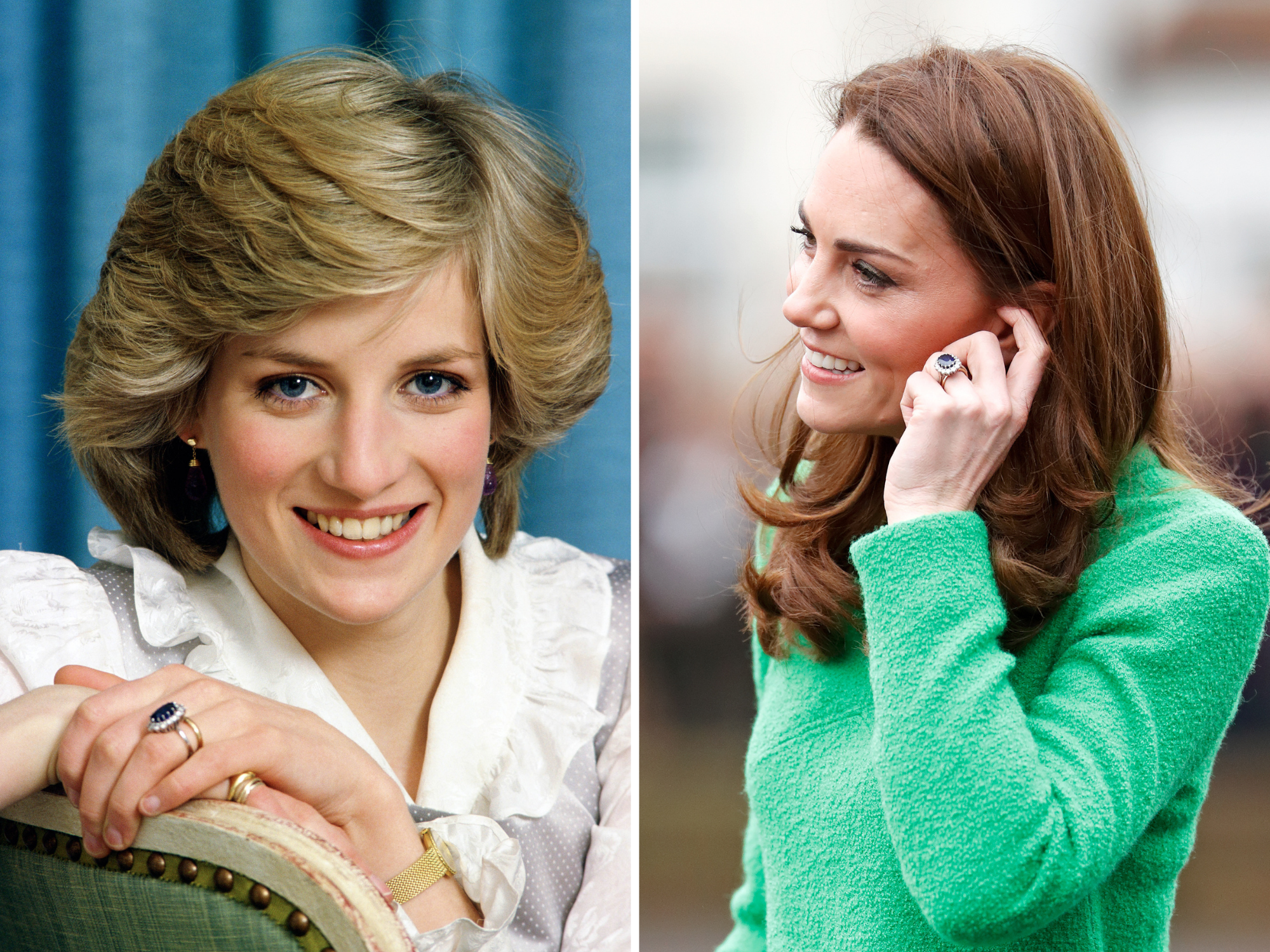 The Diana ring is “beautiful,” Claire Scott, Head of Design at Garrard, says in a blog post by the jeweller. “The proportions and the size of the diamonds work very well together.”

For those looking to get their hands on a similar piece, Garrard currently sells a sapphire ring set in platinum and surrounded by white diamonds. It’s available to US buyers for $US15,603, or Â£11,667. 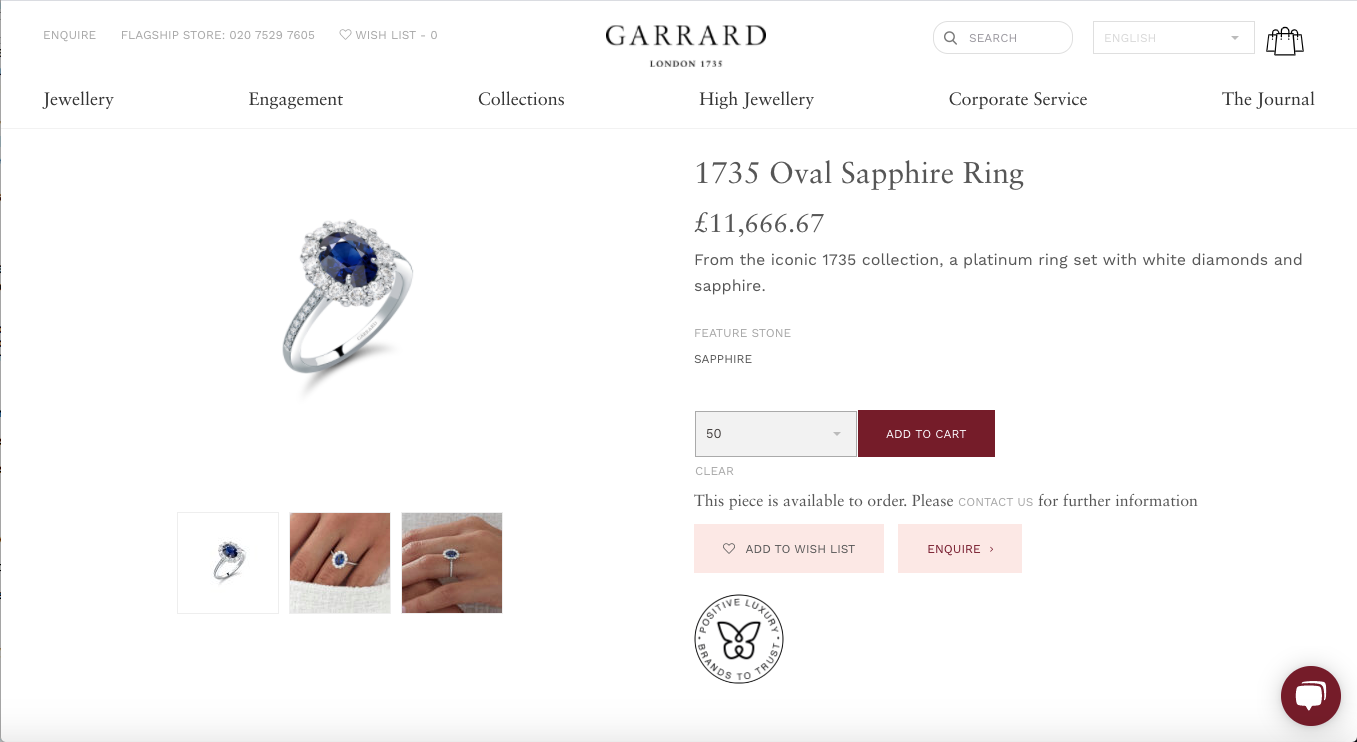