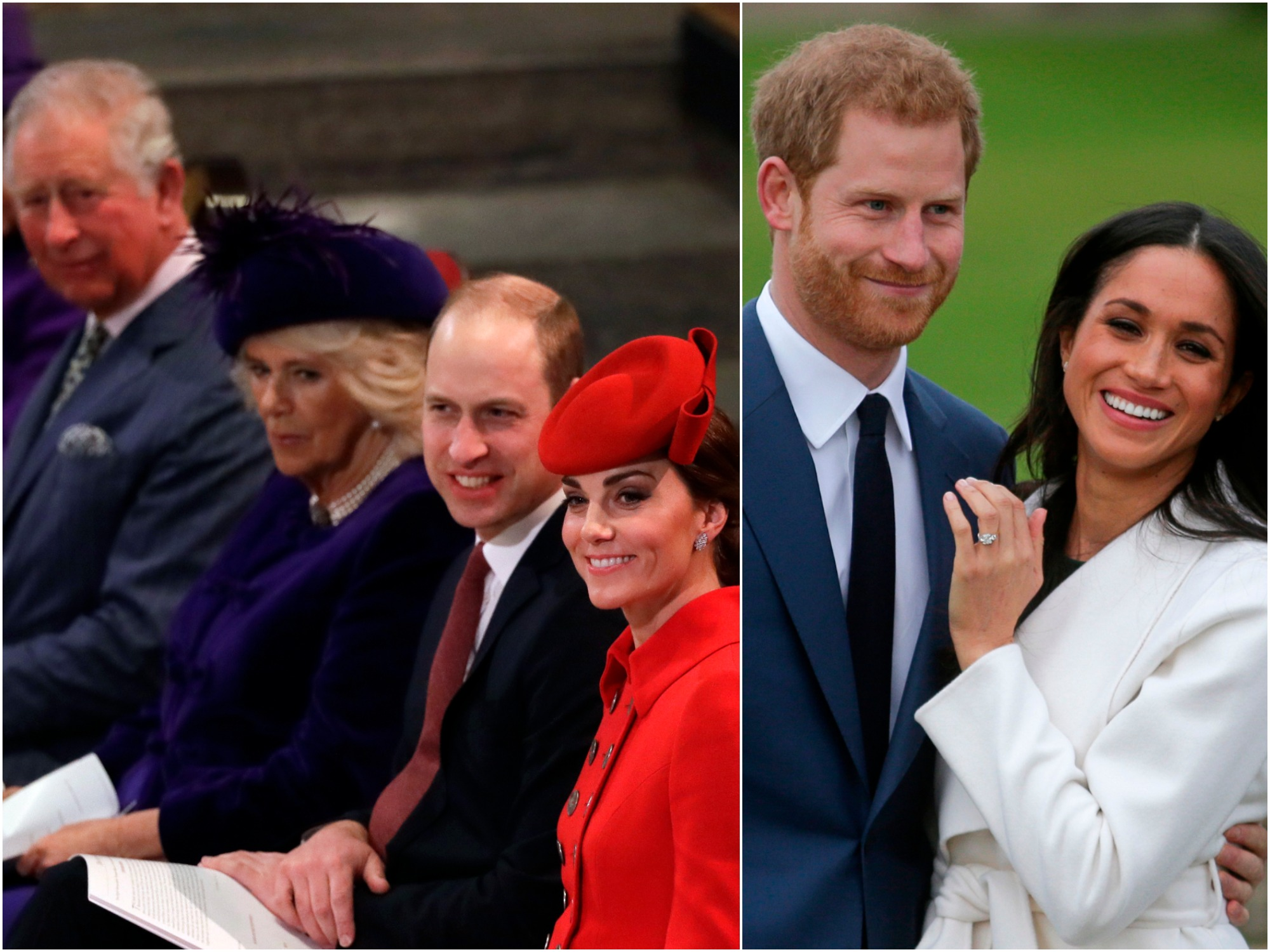 This could be the start of the new “Fab Four.”

Prince William and Kate Middleton made a rare joint appearance with Prince Charles and Camilla for the first time since “Megxit” on Tuesday.

The heir to the throne and future Queen consort joined the Duke and Duchess of Cambridge to meet staff and patients at the Defence Medical Rehabilitation Centre in Loughborough on Tuesday, February 11.

Today The Prince of Wales and The Duchess of Cornwall, together with The Duke and Duchess of Cambridge visited the Defence Medical Rehabilitation Centre, to meet patients and staff. DMRC Stanford Hall rehabilitates some of the most seriously injured members of the British Armed Forces, whilst also helping to return those who have been injured in the course of training to work. Facilities at the centre includes gyms, swimming and hydrotherapy pools, alongside social spaces and places for relaxation. DMRC Stanford Hall is part of the Defence and National Rehabilitation Centre (DNRC) programme, which was spearheaded by the late Duke of Westminster to provide 21st century clinical rehabilitation for the Armed Forces and the Nation on the Stanford Hall estate — In 2018 The Duke of Cambridge attended a special ceremony as the Defence facility was handed over to the nation by the current The Duke of Westminster. Photos © PA

During the visit, the couples took place in a game of wheelchair basketball with the patients. This candid photo of William and Charles during the game shows the father and son duo in a more relaxed way that fans usually don’t get to witness.

In fact, the couples do not typically carry out royal engagements together at all.

“It’s unusual for royals to make joint engagements like this,” ITV’s royal correspondent Chris Ship wrote on Twitter. “The Prince of Wales and Duchess of Cornwall will go on to make other visits in Leicestershire on 11 February including Leicester Market and @CamSatchelCo.”

However, in another tweet, he said: “I’m sure it’s unconnected to Harry and Meghan’s departure.”

It’s unusual for for Royals to make a joint engagements like this. The Prince of Wales and Duchess of Cornwall will go on to make other visits in Leicestershire on 11 February including Leicester Market and @CamSatchelCo

It is more common for them to attend royal events together with other members of the family, such as the annual Commonwealth Service and Royal Ascot.

Harry, Markle, Middleton, and William were branded the “Fab Four” as early as their first engagement together for their joint charity, the Royal Foundation, before Markle even married into the family in 2018.

The couples were last seen in public together back in November, as both attended the Festival of Remembrance despite Harry confirming there was a rift between the brothers just weeks before.

Prince William and Kate Middleton have upped their PDA game, and they could be taking notes from Prince Harry and Meghan Markle

Colin Powell, who died on Monday from COVID-19, had a blood-cell...

The FDA plans to allow people to ‘mix-and-match’ their COVID-19 booster...