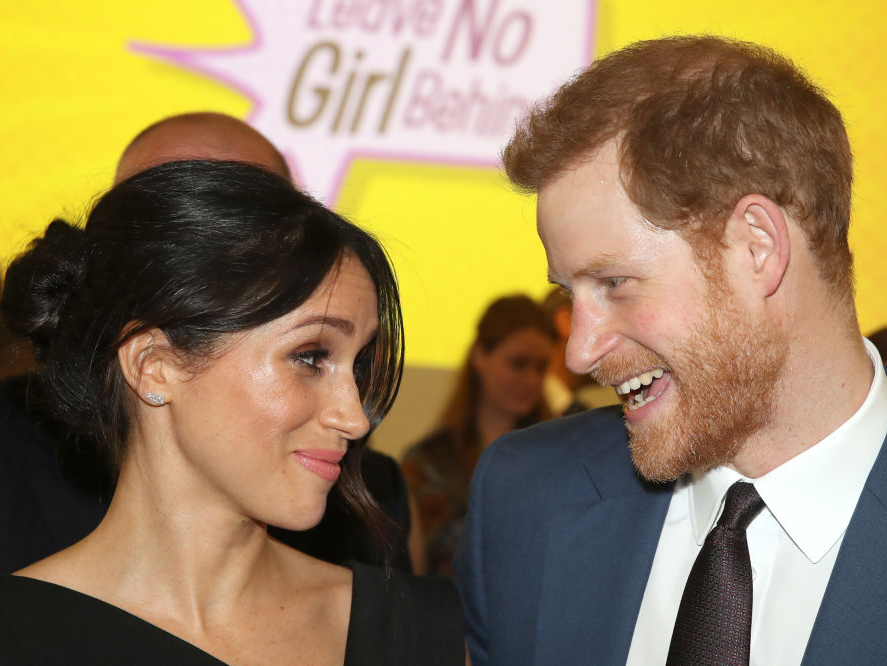 They even just signed a multiyear deal with Netflix and founded a production company – proving that they are poised to build a billion-dollar brand, even though it is unclear how much they will be compensated.

When they gave up their titles earlier this year, they also gave up a“sovereign grant” provided by the treasury which was meant to fund their lifestyle.

While they aren’t being maintained by the crown anymore, they never had to rely solely on the crown to begin with. Even before the presumably lucrative Netflix deal, the pair were worth $US30 million, according to 2018 estimates from Money.com. They merged their finances when they decided against a prenuptial agreement before their wedding.

Meghan and Harry are expected to still receive funds from the Duchy of Cornwall, a private fund managed by Prince Charles, which amounts to £2.3 million ($US3 million) a year. Harry is also expected to receive a sizeable yearly cut of Princess Diana’s estate.

Before marrying Prince Harry, Markle was earning close to half a million dollars a year starring in the USA Network drama “Suits,” plus a five-figure income from endorsement deals and sponsorships.Money.com reported in 2018 that her total net worth was estimated to be $US5 million.

Here’s where all their pre-royal money came from.

Along with Prince William and Kate Middleton, Harry receives an annual seven-figure allowance from his father, heir to the throne Prince Charles, which is used to cover expenses like travel and wardrobe. 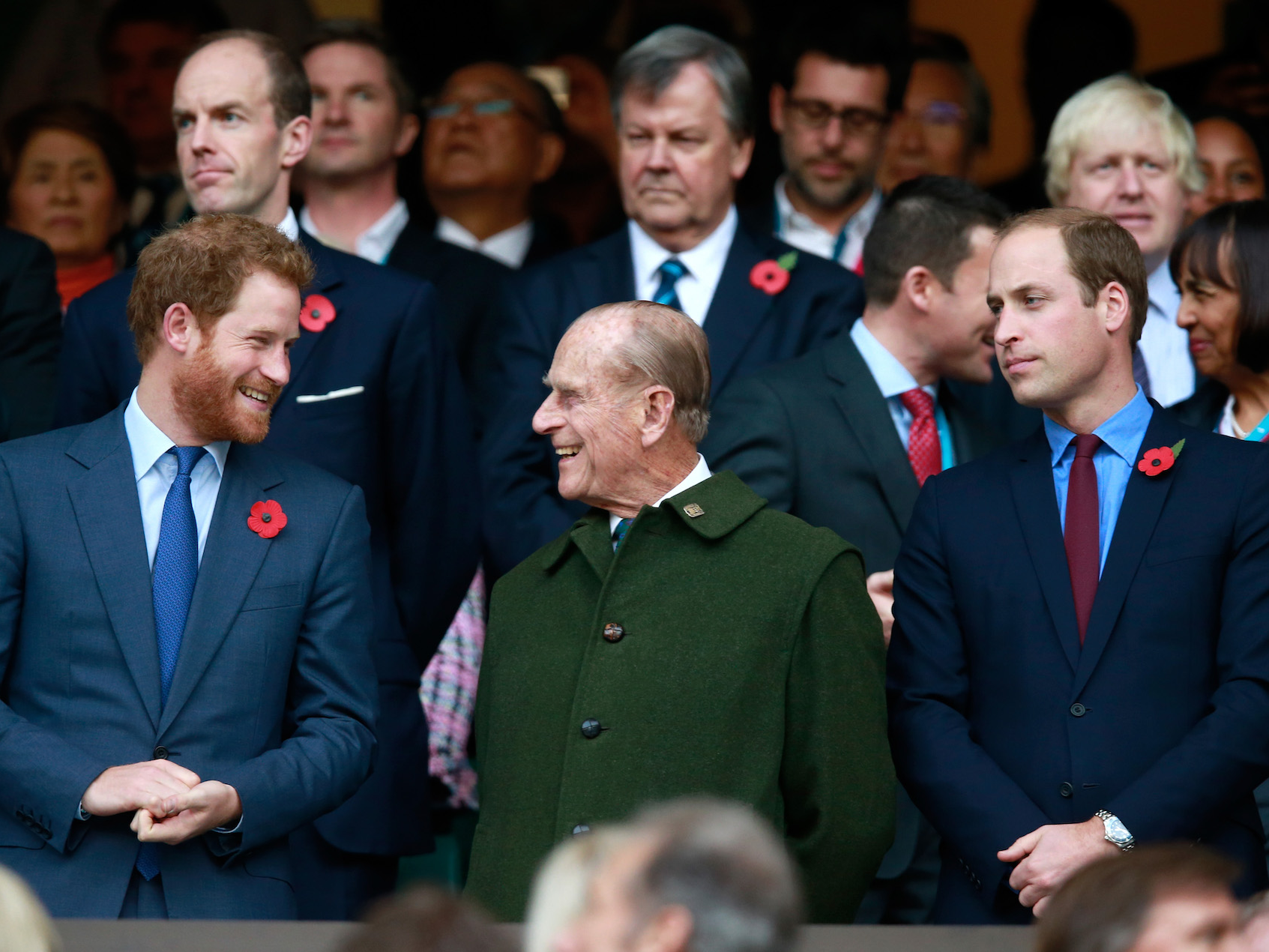 Between April 2016 and March 2017, the Duke and Duchess of Cambridge and Harry split nearly $US5 million (£3.5 million) in allowance from their father, according to an annual review released by Clarence House.

Prince Charles derives that money, in part, from a private estate called the Duchy of Cornwall, which has funded the royal family’s public and private lives for nearly 700 years. 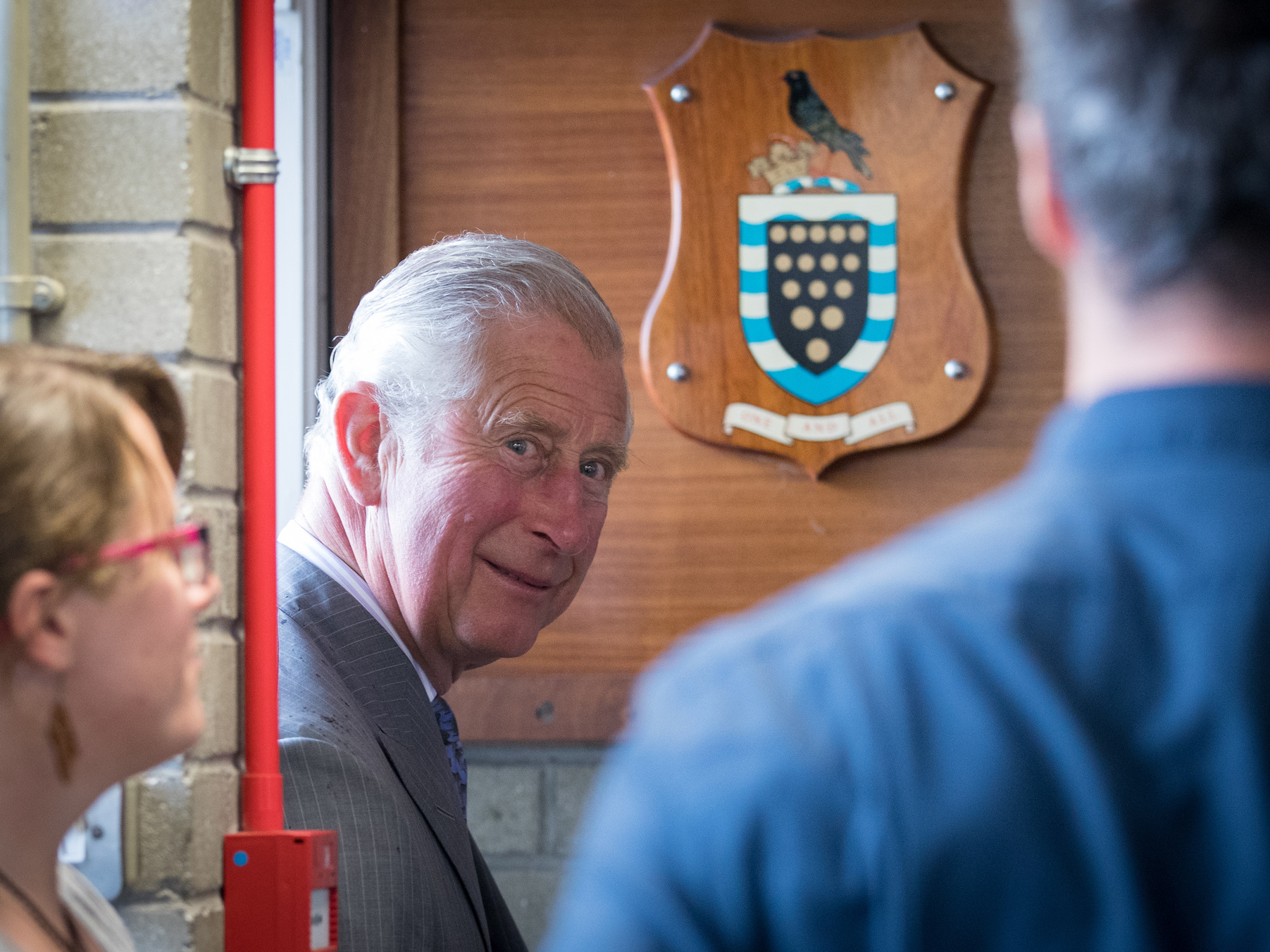 Getty ImagesPrince Charles in front of a Duchy of Cornwall crest in Newquay, Cornwall.

The majority of the British monarchy’s wealth comes from inherited lands and investments. The Duchy of Cornwall, specifically, provided a total of $US28.8 million (£22 million), including Harry and William’s allowance, to Prince Charles and his wife Camilla between 2016 and 2017.

Since age 21, Harry and William have also been receiving a $US450,000 a year investment profit from Princess Diana’s estate, which they pay taxes on to the UK government. They received a sizeable inheritance from their late mother estimated to be around $US10 million each, which each prince gained access to on his 30th birthday.

Plus, Prince Harry served in the British Royal Air Force for 10 years. 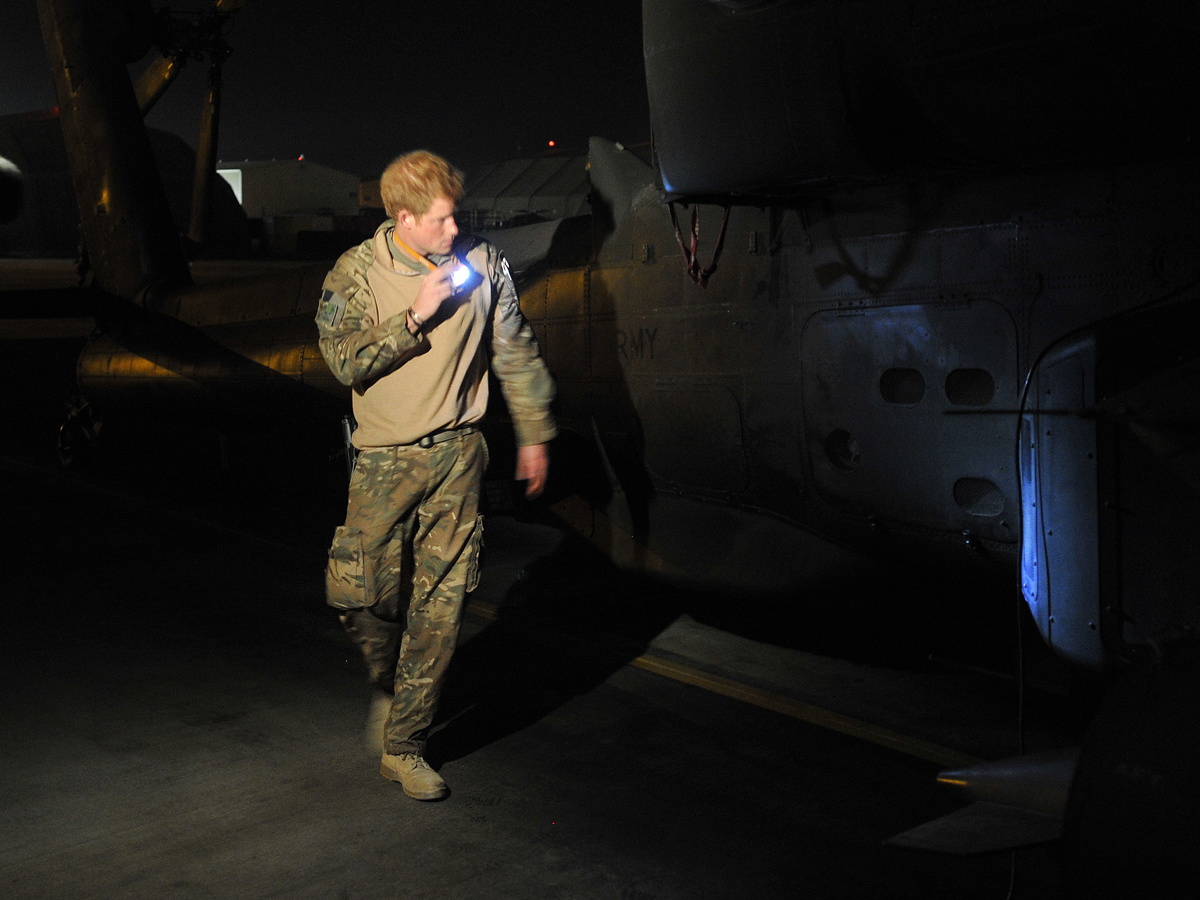 For his service as a helicopter pilot for the Army Air Corps, he earned an annual income of between $US50,000 and $US53,000, per Forbes.

These factors combined suggest Prince Harry’s net worth is at least $US25 million. 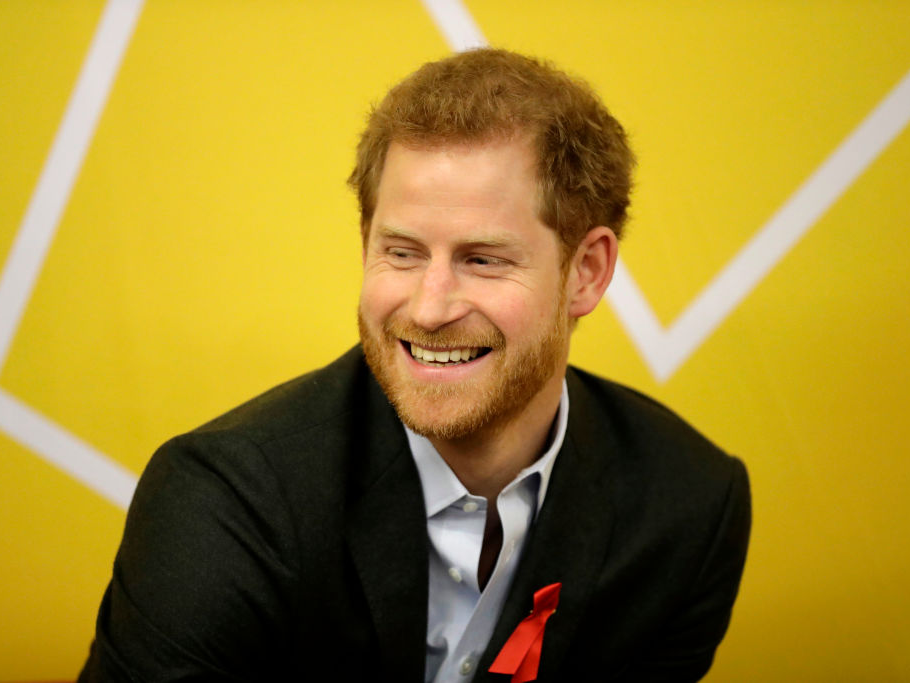 Meghan Markle, on the other hand, was potentially worth around $US5 million herself before she and Harry combined their finances. Before marrying Prince Harry, Markle was was earning close to half a million dollars a year, starring in the USA Network drama “Suits.” 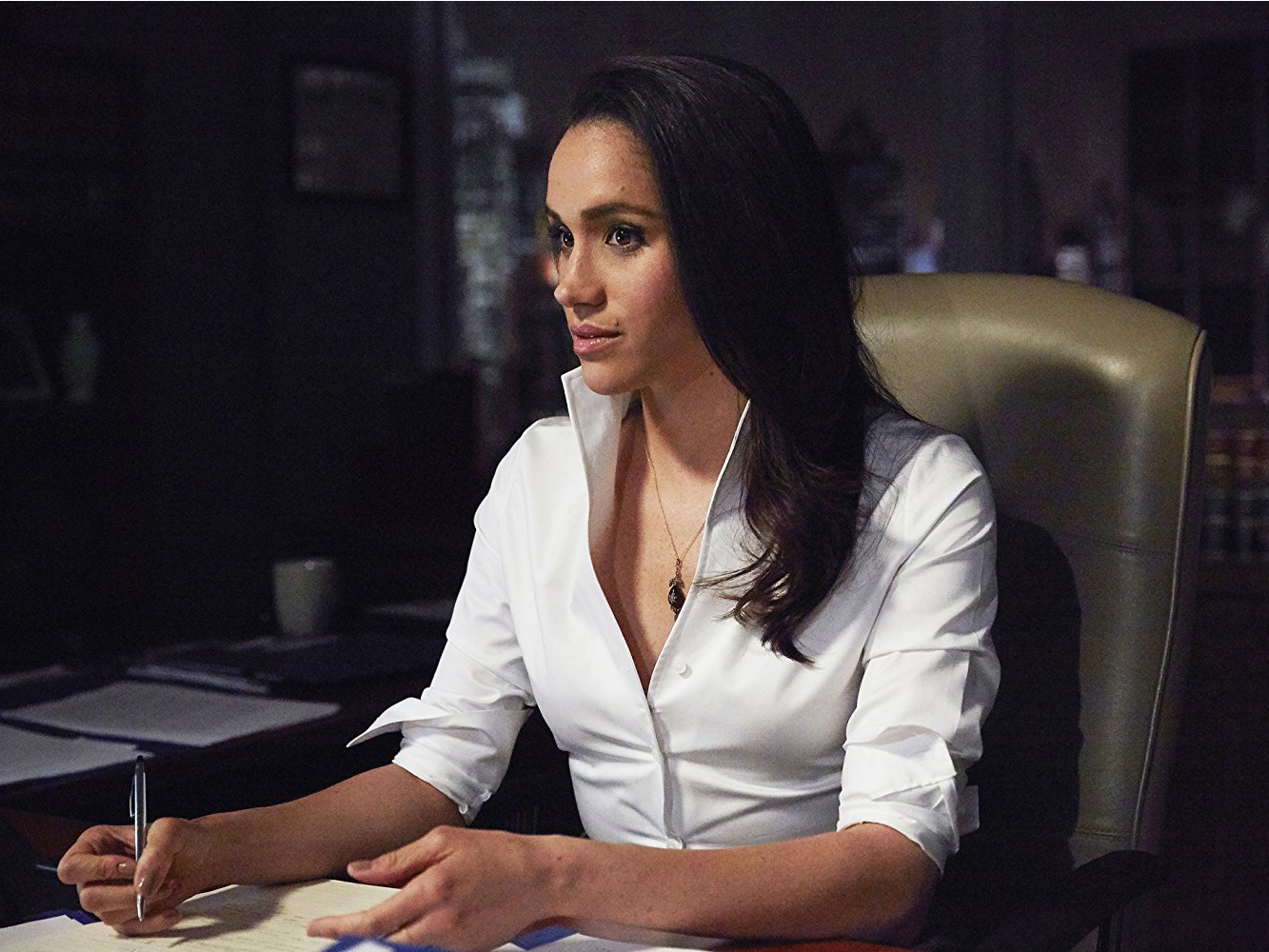 She was also earning a five-figure income from endorsement deals and sponsorships. 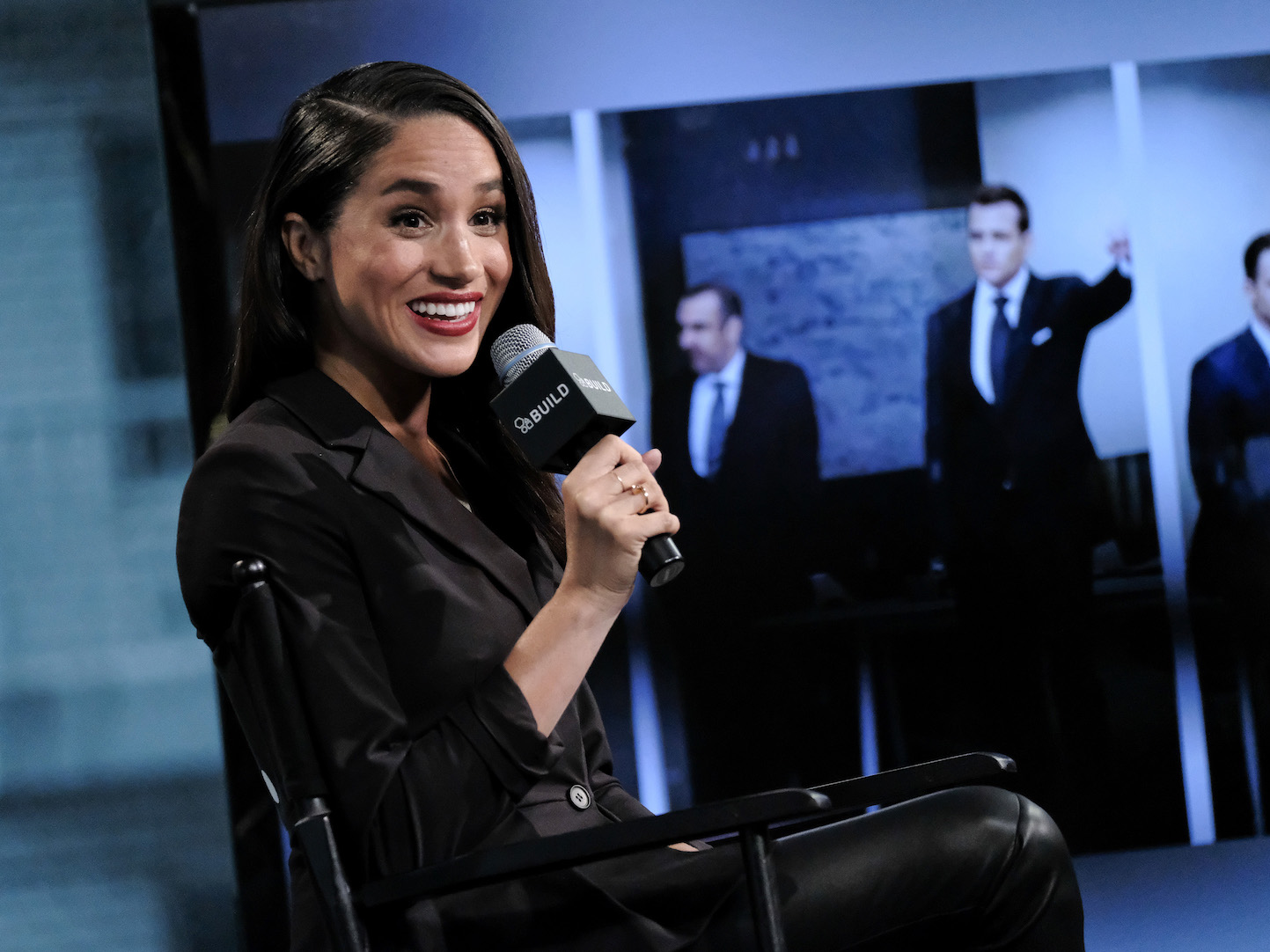 When the couple got married in 2018, they chose to skip a prenuptial agreement and merge their finances. The merging of the couple’s finances was expected to “cause tax headaches” and create some “mundane hurdles” for the royal family, as The Washington Post first reported before the wedding.

Markle is a citizen of the US and was purportedly living in the UK on a family visa,according to the BBC. If she eventually becomes a dual US-UK citizen, Markle will have to continue filing her taxes each year with the IRS. If she has more than $US300,000 in assets at any point during the year, she will have to file a specific form that details foreign assets, which could include foreign trusts, subjecting the royal family “to outside scrutiny,” according to the Post.

“The key for Meghan and her advisors would be to figure out what type of income she will be getting,” Avani Ramnani, director of financial planning and wealth management at Francis Financial, told Business Insider before the royal wedding. “Will this income be from the investments of a trust, or ‘wages’ for any work that she does, or any other type of income? Sometimes, getting one form of income is more advantageous than another.”

But, as a royal, the Duchess was not eligible to work professionally or earn a professional income, leaving her beholden to the crown.

The couple’s decision to step back from their royal duties changes that, allowing them to pursue becoming “financially independent.”

Now, they’re expected to considerably grow their wealth. They have relocated to Los Angeles, just started a production company, and inked a multiyear deal with Netflix. 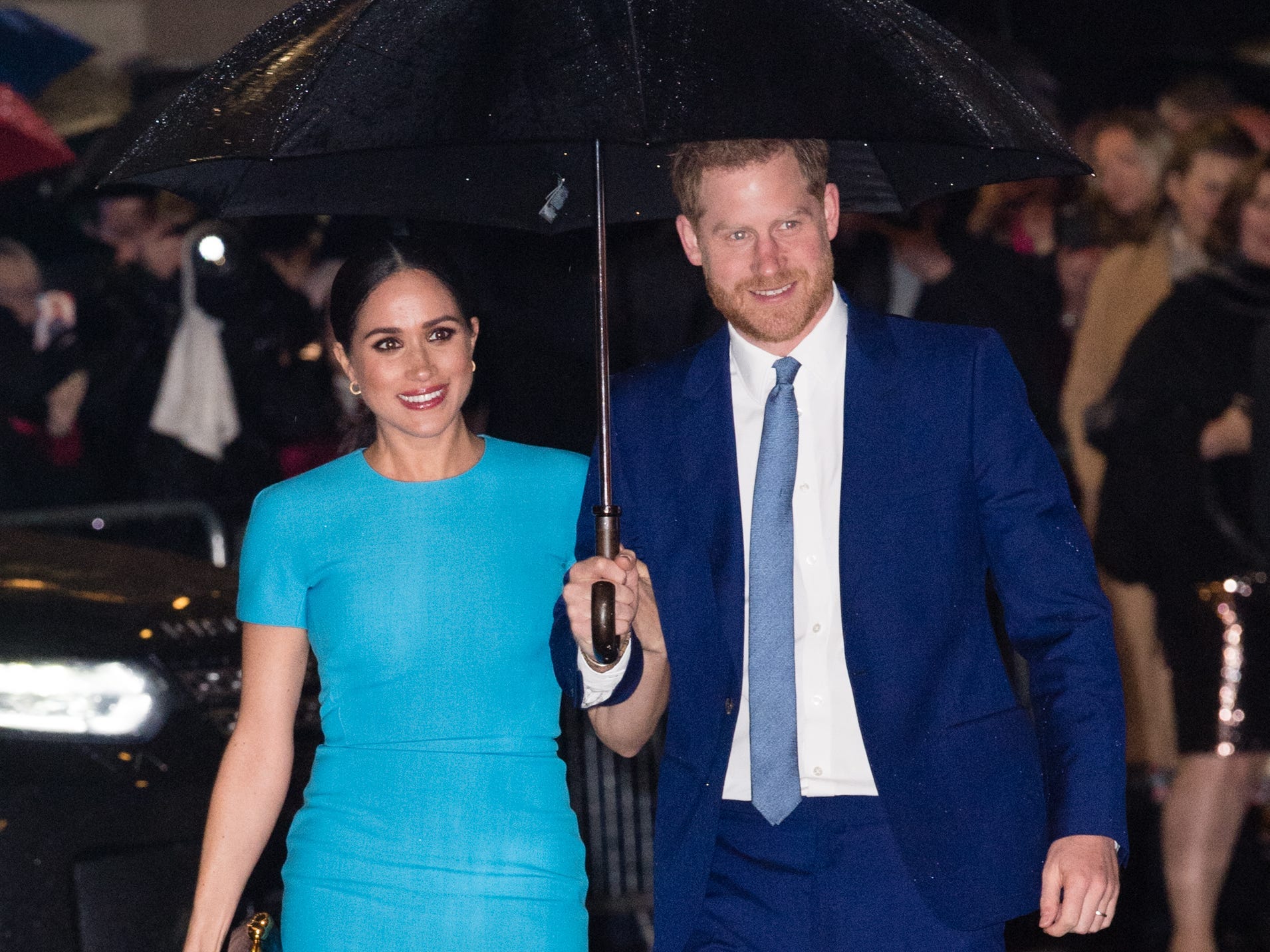