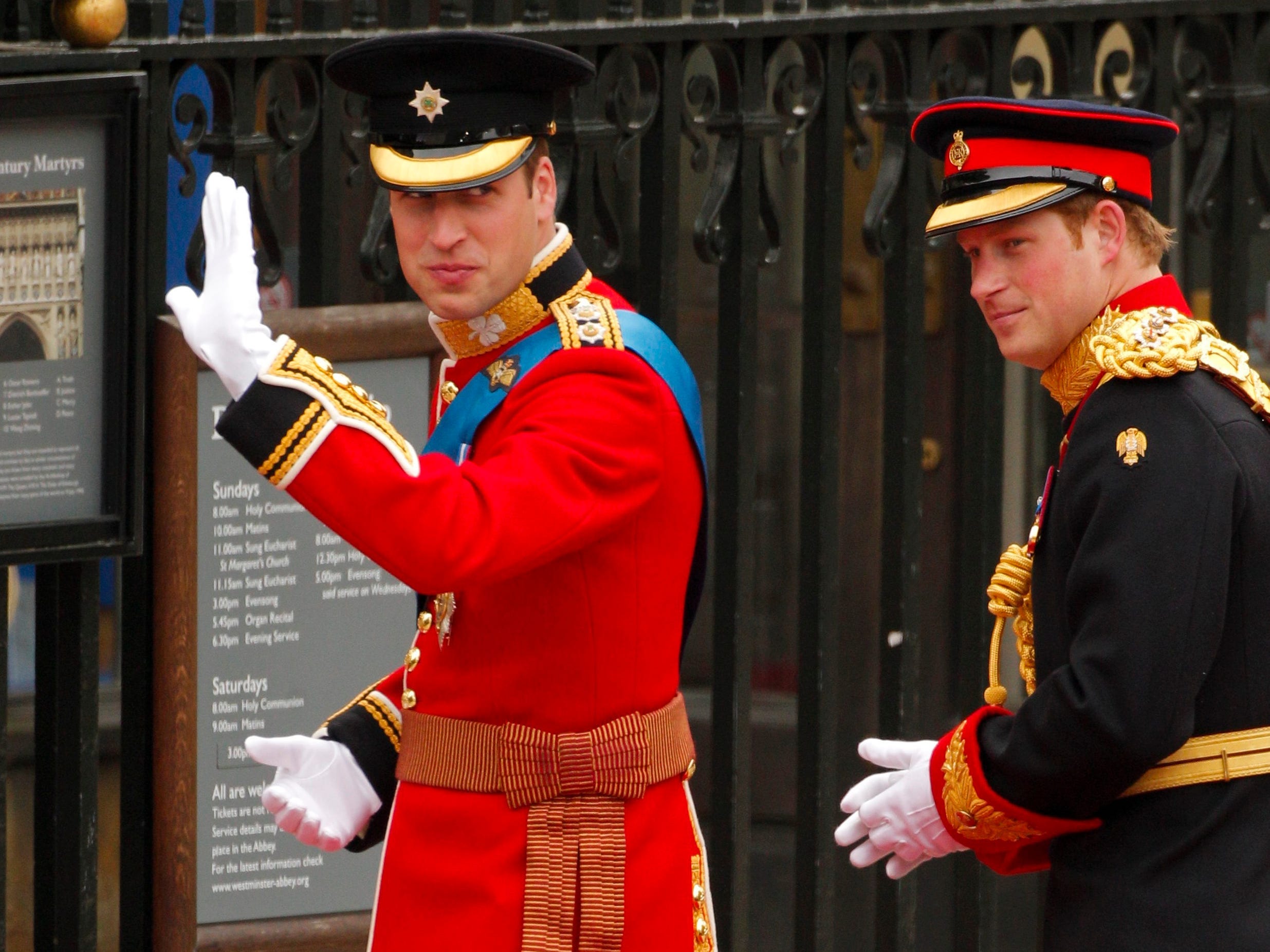 People often talk about how stylish Kate Middleton and Meghan Markle are, but their husbands also know how to rock an outfit.

Both Prince William and Prince Harry know how to dress up and be dapper. But these brothers don’t just throw on a suit â€” they’re seriously stylish.

Read on for some of fashion moments that prove William and Harry are the most stylish royal brothers around.

In the early aughts, Prince William kept his look casual and comfortable on the beach. 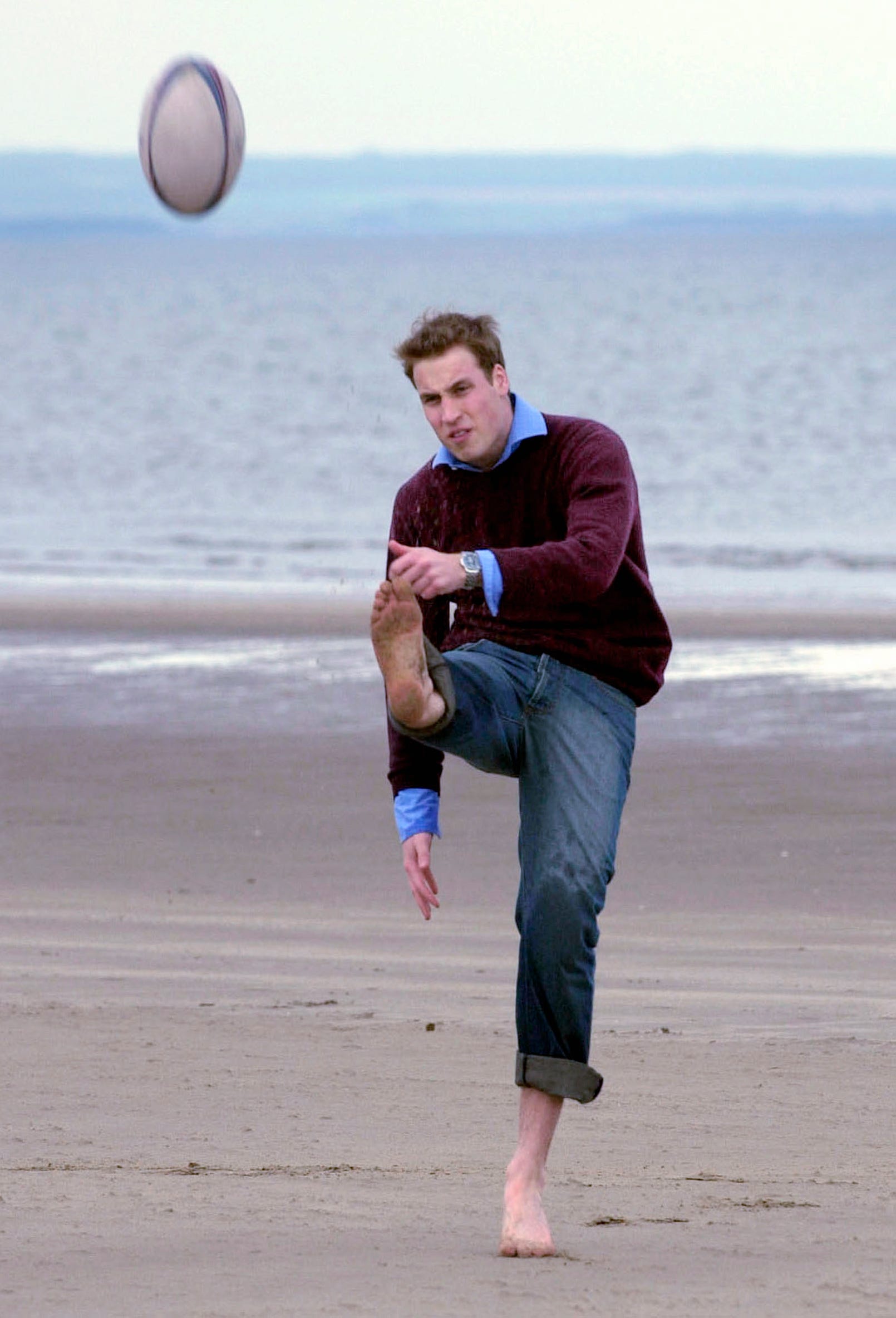 Prince William took a break from university with some rugby and a casual day on the beach.

Since we mostly see him in formal wear, many were impressed by his casual-preppy style back in 2003.

The brothers have been known to match for sporting events, but they still have their own style. The brothers pulled on matching polos to play for the Mercedes-AMG polo team in 2003.

Because the royal brothers have their own individual styles, there aren’t too many photos of them matching in their adult lives, so it’s nice to see every once in a while.

They can even make bowler hats look stylish. Why not step out at the Combined Cavalry Old Comrades Association parade in matching bowler hats?

They both rocked the formal look complete with the traditional accessories: umbrellas and bowler hats.

It’s a hard look to pull off, but it somehow totally worked for both royal brothers back in 2007.

Prince William’s wedding allowed both men to get dressed up in their very best uniforms. 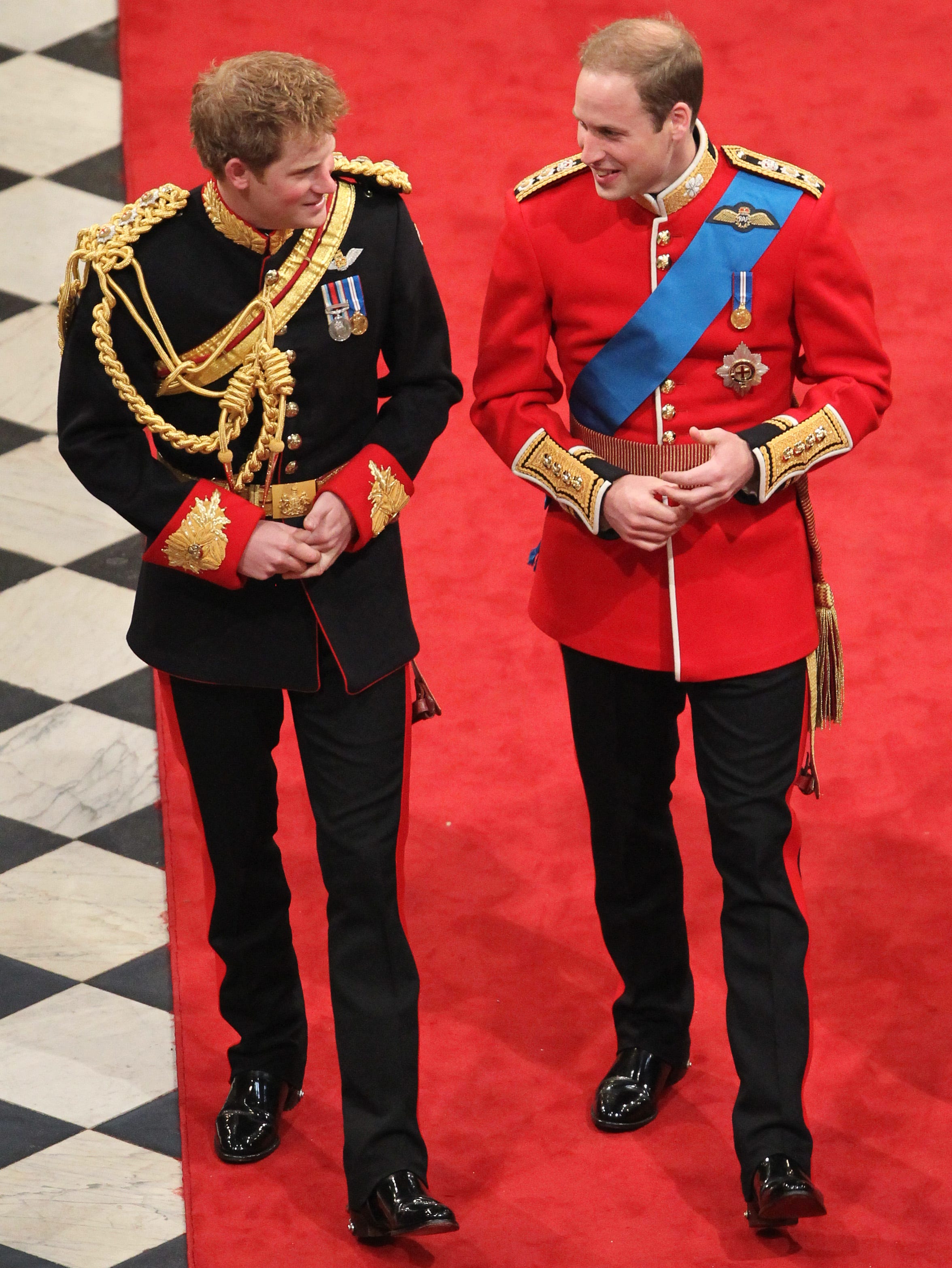 ANDREW MILLIGAN/AFP/Getty ImagesPrince Harry and Prince William at the Duke of Cambridge’s wedding in 2011.

A royal wedding is definitely a reason to dress up and the brothers didn’t disappoint at Prince William’s nuptials.

For the 2011 ceremony, Harry wore all black, William shined in a red jacket, and both men were decked out in their military regalia. 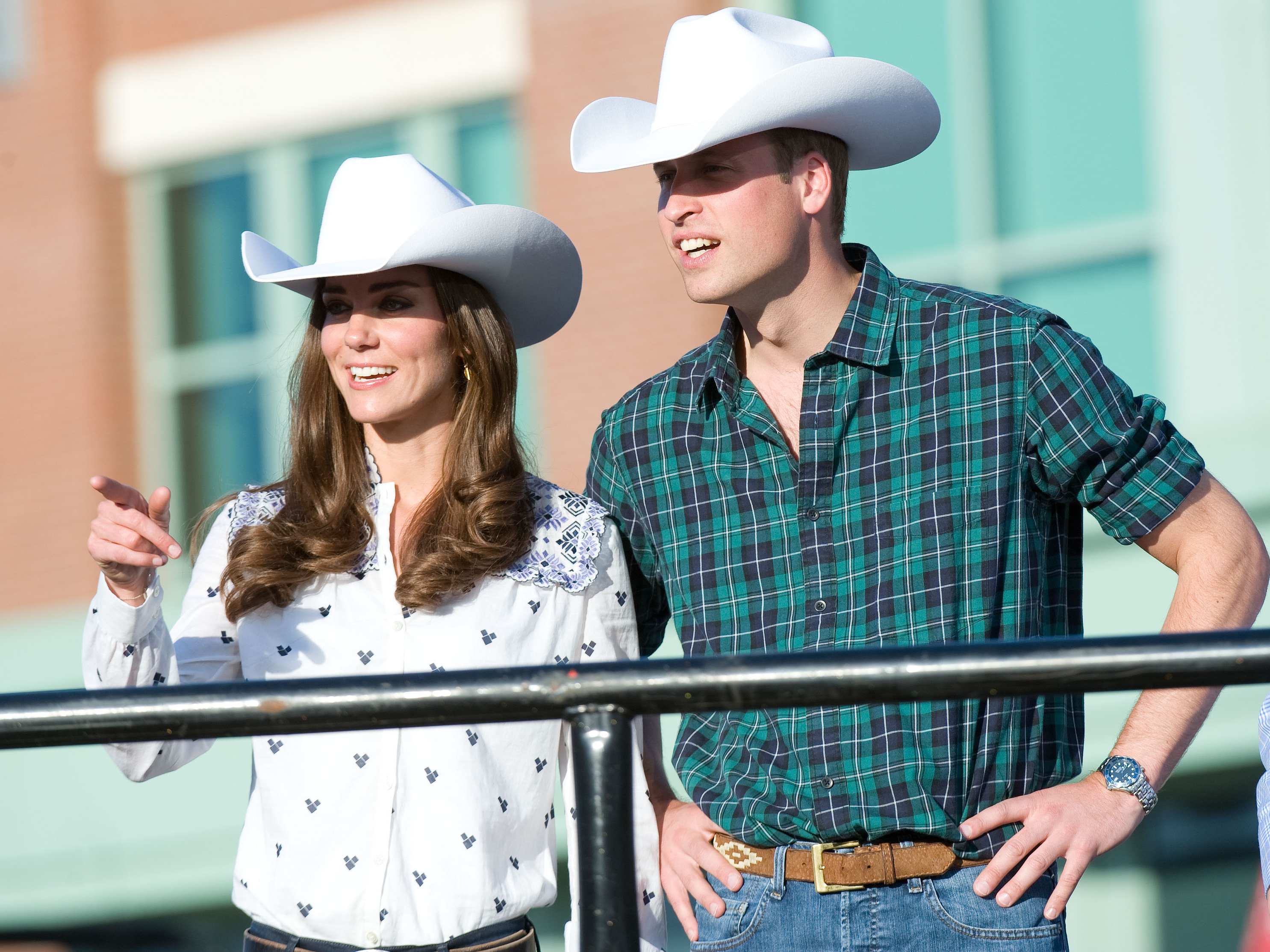 Samir Hussein/WireImageKate Middleton and Prince William during their 2011 royal tour of Canada.

Prince William seemed a little bit out of his comfort zone when he wore this cowboy hat during a royal visit to Calgary, Canada, in 2011.

But his complete look for the government reception – which included light-wash denim and a flannel button-up – totally worked together.

The duo always knows how to pull off a bit of formal wear. 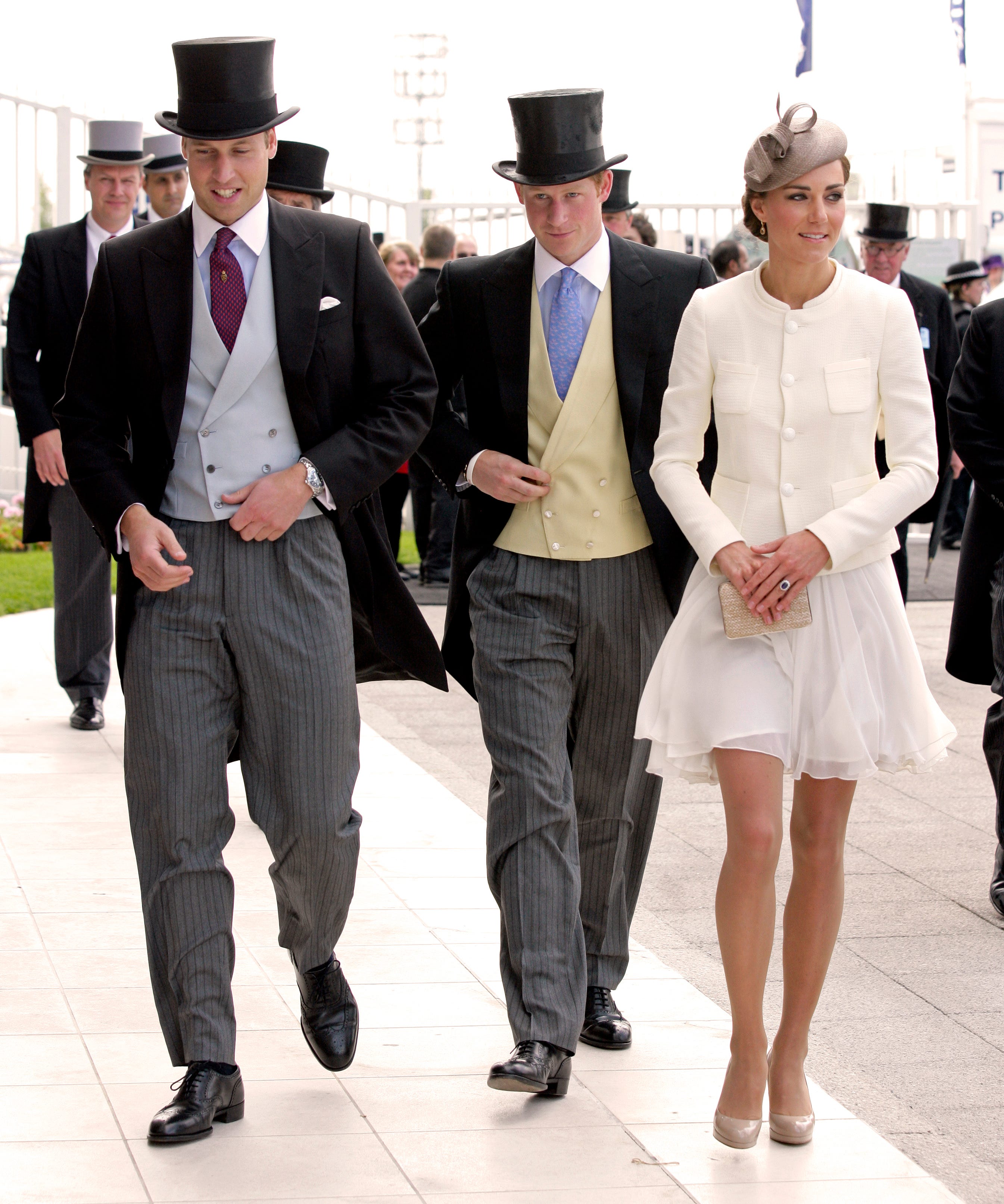 Derby Day means top hats for these brothers. They wore similar pants and matching top hats to the Investec Derby Festival event in 2011.

Prince William had a major fashion moment in the Solomon Islands. 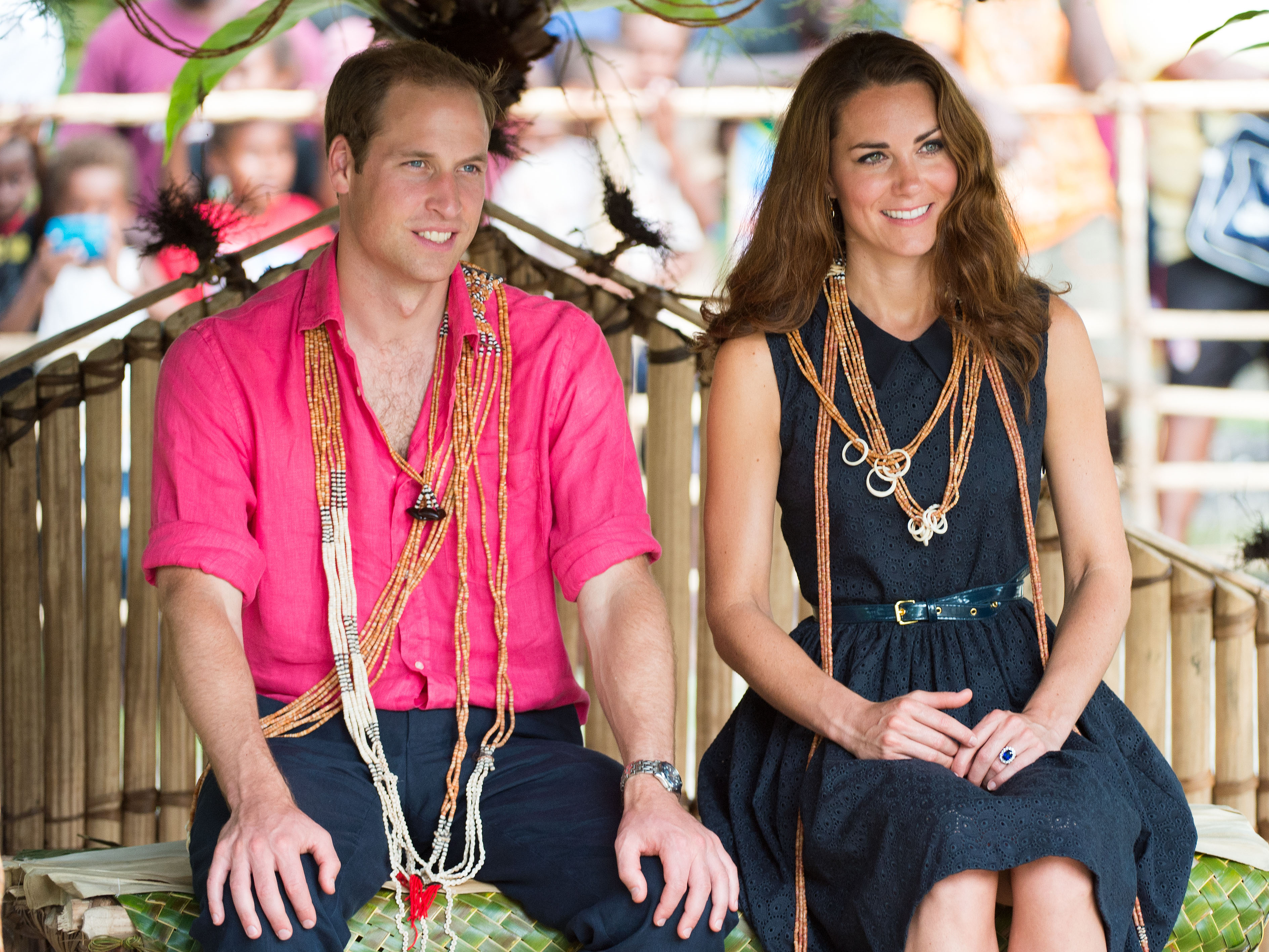 Samir Hussein/WireImageThe Duke and Duchess of Cambridge on Tavanipupu Island in 2012.

Tan France from “Queer Eye” would surely be proud of the rolled sleeves and French tuck of Prince William’s casual button-up in a vibrant colour.

He wore this fun, casual look during a visit to Tavanipupu Island in 2012. 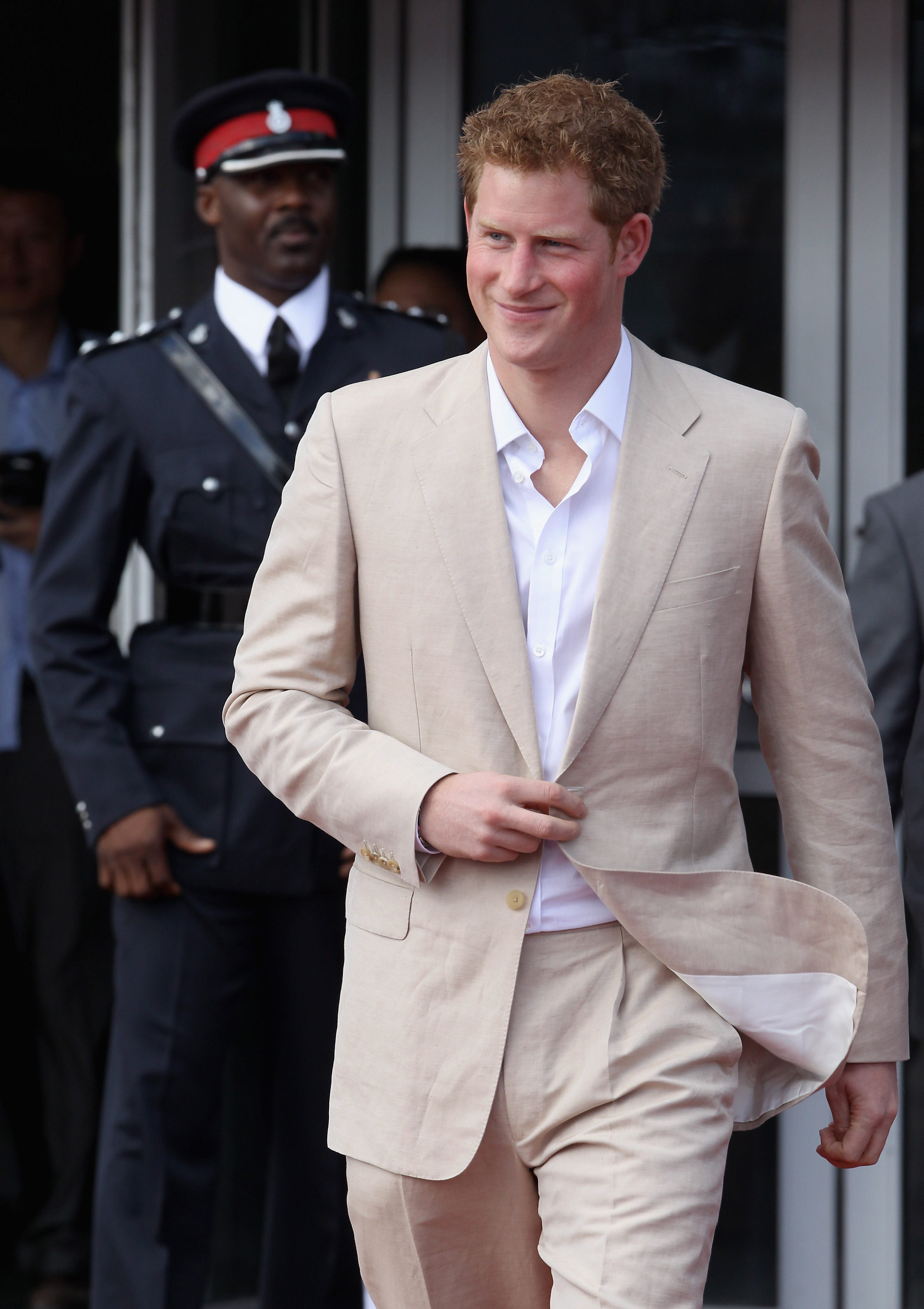 Chris Jackson/Getty ImagesPrince Harry at a Youth Rally in the Bahamas in 2012.

Prince Harry stepped out in an eye-catching suit in the Bahamas in 2012.

Tan is an unconventional suit choice for a royal, but Harry managed to pull it off with a crisp, white shirt. 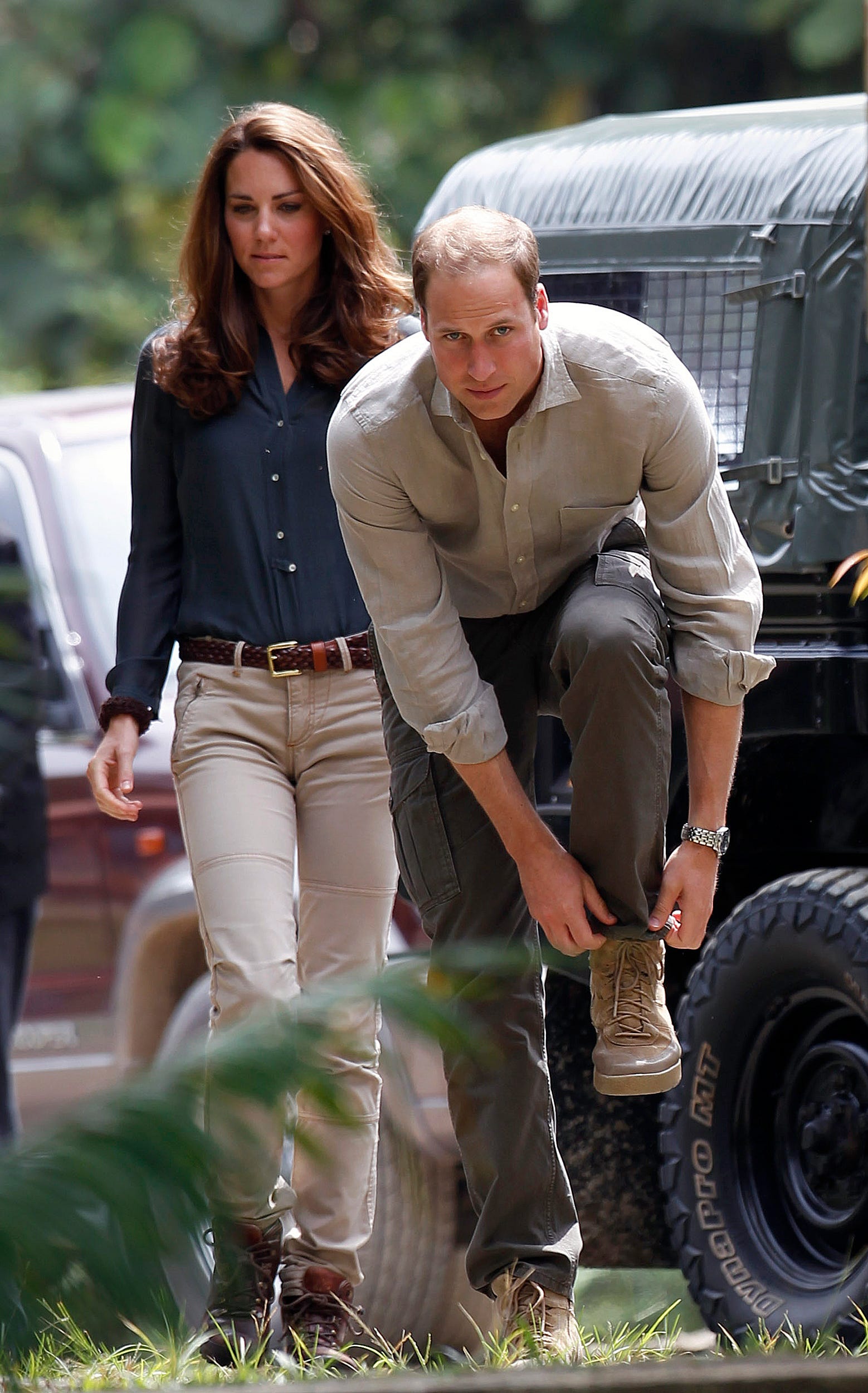 Prince William knows when a suit is appropriate and when it’s not.

While visiting Danum Valley in 2012, he kept it more casual with cargo pants and hiking boots. 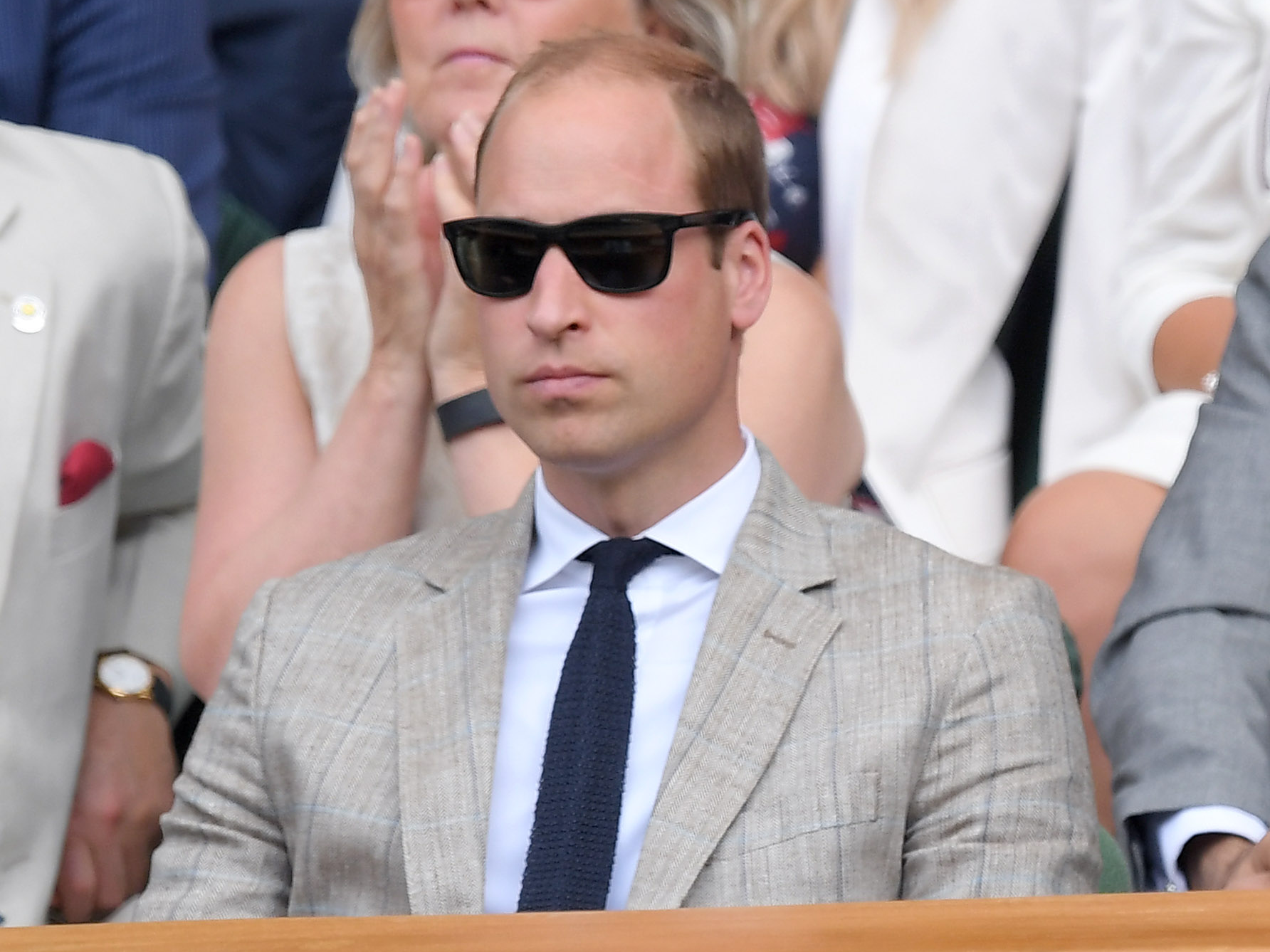 Prince William doesn’t play around when it comes to attending Wimbledon, even his simple sunglasses suited him perfectly.

The dark glasses concealed some of his emotions about the game and managed to look incredibly cool at the same time.

Prince Harry knows a scarf tucked into a peacoat is the pinnacle of cold-weather fashion. Sometimes it’s hard to look your best when you’re bundled up for winter, but Prince Harry doesn’t seem to have that problem.

The younger prince wore a blue coat and a cream scarf to the Trust World AIDS Day charity fair in 2017, and it looked weather-appropriate and elegant.

The princes look stately even in the rain. 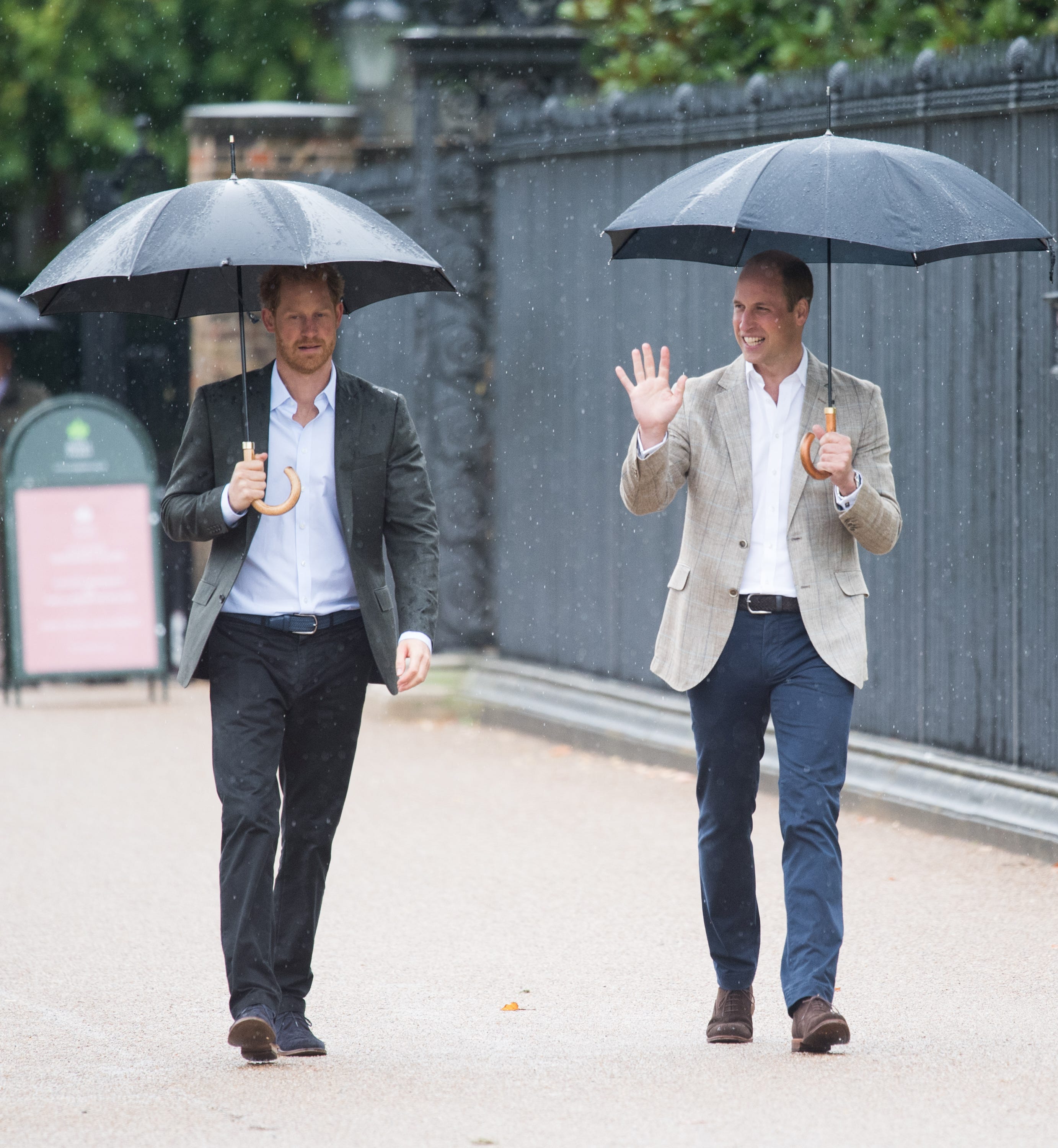 Samir Hussein/Samir Hussein/WireImagePrince Harry and Prince William on their way to pay tribute to Princess Diana in 2017.

During the 20th anniversary of Princess Diana’s death, Harry and William walked in the rain to see the tributes people had left their late mother at the gates of Kensington Palace.

The pair both rocked blazers and button-ups with unbuttoned collars, proving that it’s possible to look casual and put together at the same time.

They know the value of a bow tie. 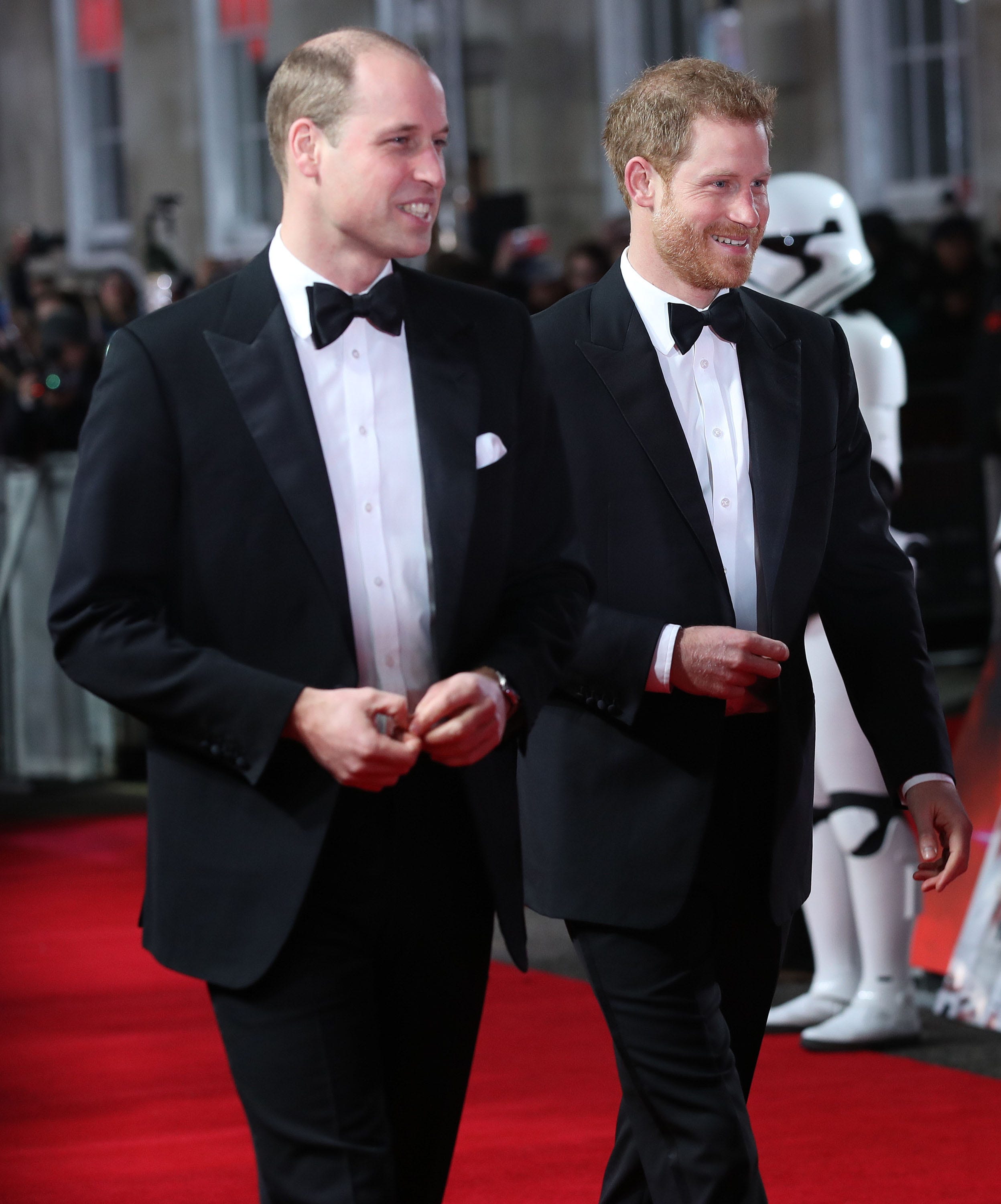 Tuxedos are always timeless when it comes to formalwear, and William and Harry rocked these ones at the European premiere of “Star Wars: The Last Jedi” in 2017.

It was nice to see the brothers matching again, and they finished off the classic look with simple black bow ties.

Both of them do business casual so well. 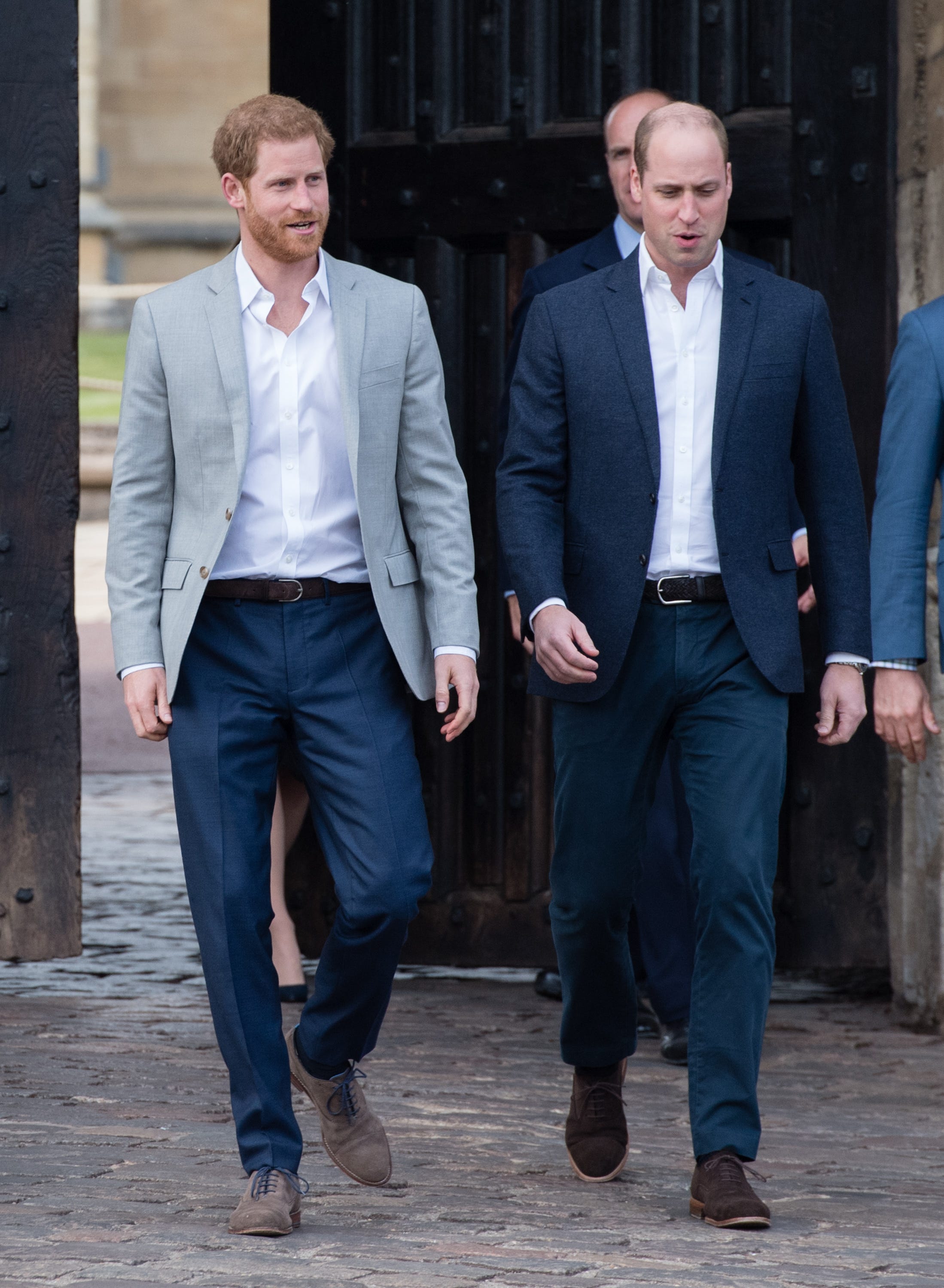 Prince Harry and Prince William dressed to impress the day before the younger prince’s wedding in 2018. They both looked put together but comfortable while greeting the public outside of Windsor Castle.

Prince Harry’s wedding was another chance for a major fashion moment. 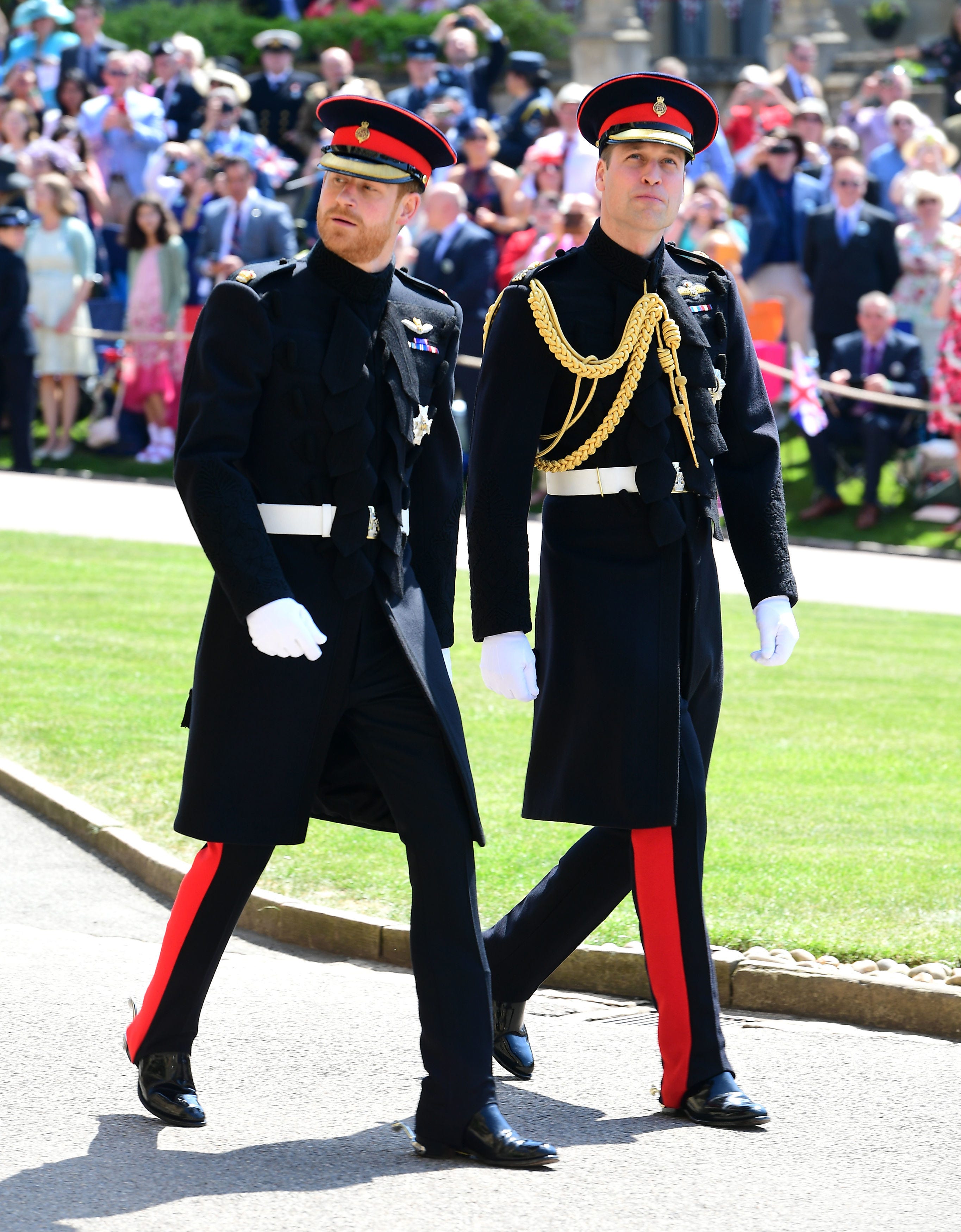 Prince Harry and William were dressed fairly differently at William’s wedding, but at the younger brother’s wedding, they practically matched.

Both Harry and William donned their Blues and Royals frock-coat uniforms for the occasion.

Prince Harry knows how to dress for the occasion. 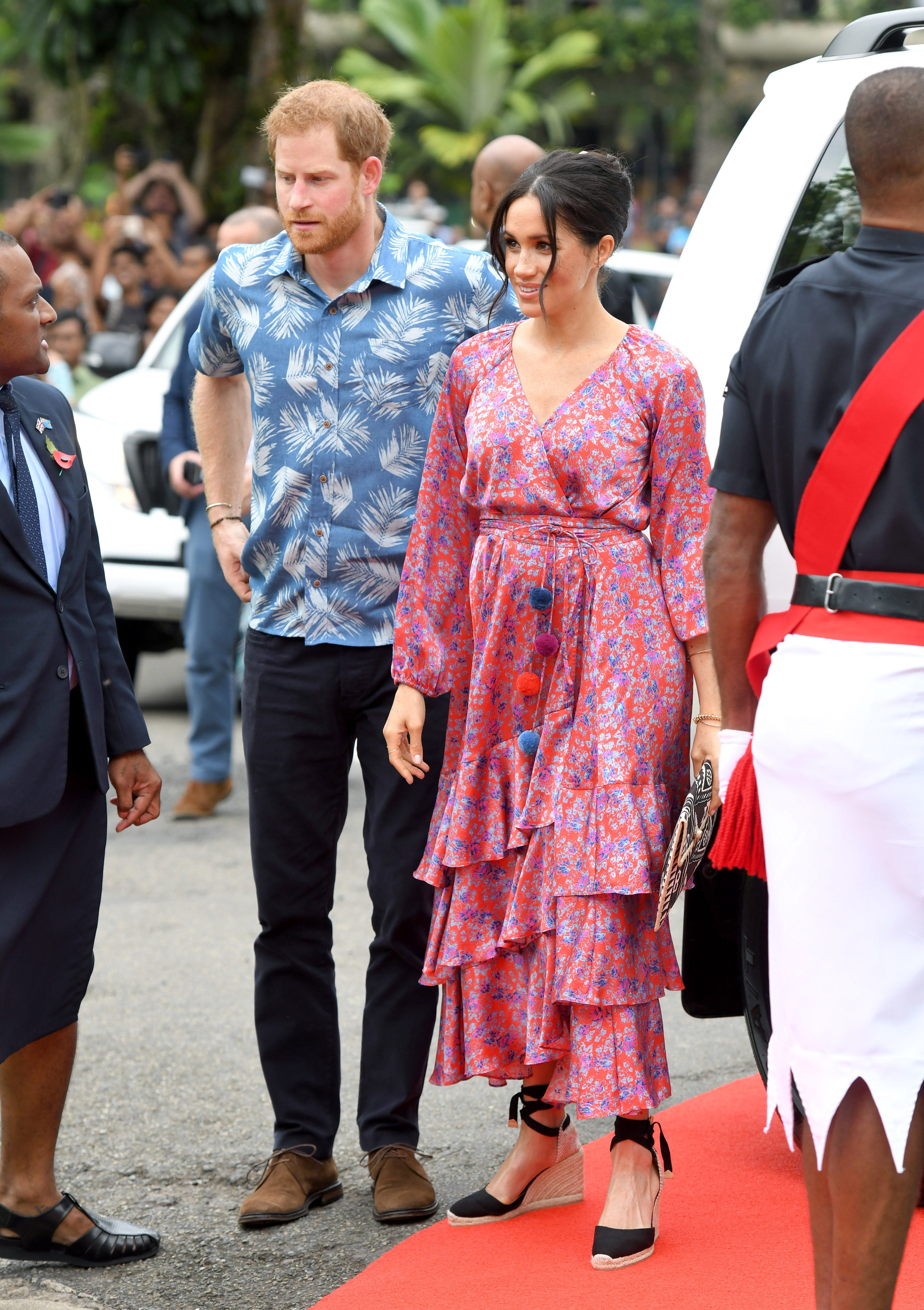 Prince Harry seemed to be feeling festive when he chose this patterned shirt for a visit to the University of South Pacific in Fiji in 2018.

The pants and shoes he paired with his top kept the outfit low-key, which was perfect for the occasion. 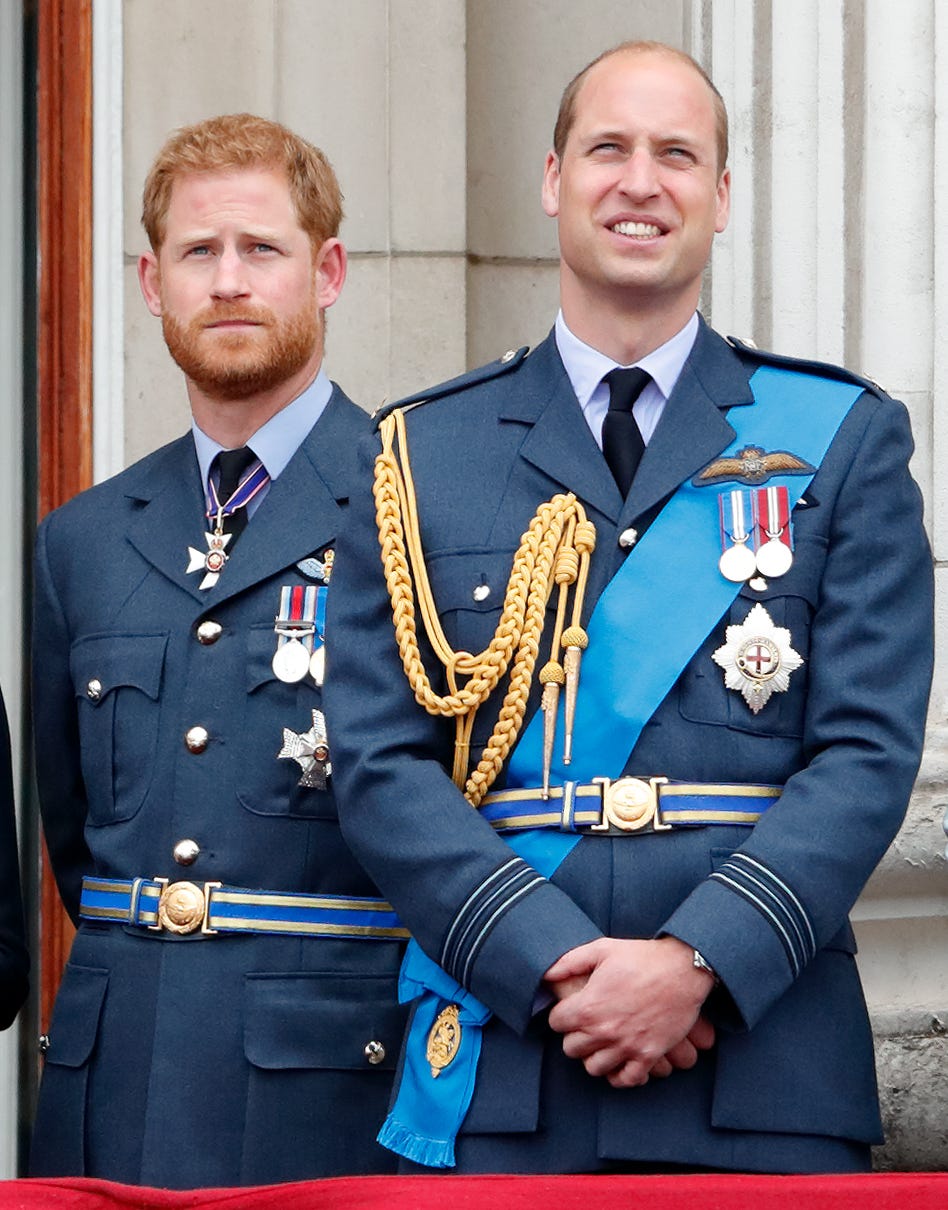 Prince William and his brother were spotted on the balcony of Buckingham Palace on the anniversary of the Royal Air Force in 2018.

They were appropriately dressed for the occasion in their military uniforms, but William wore an aiguillette, or a gold braid, showing that he’s a member of the Order of the Garter.

Prince Harry knows how to rock a blue suit. 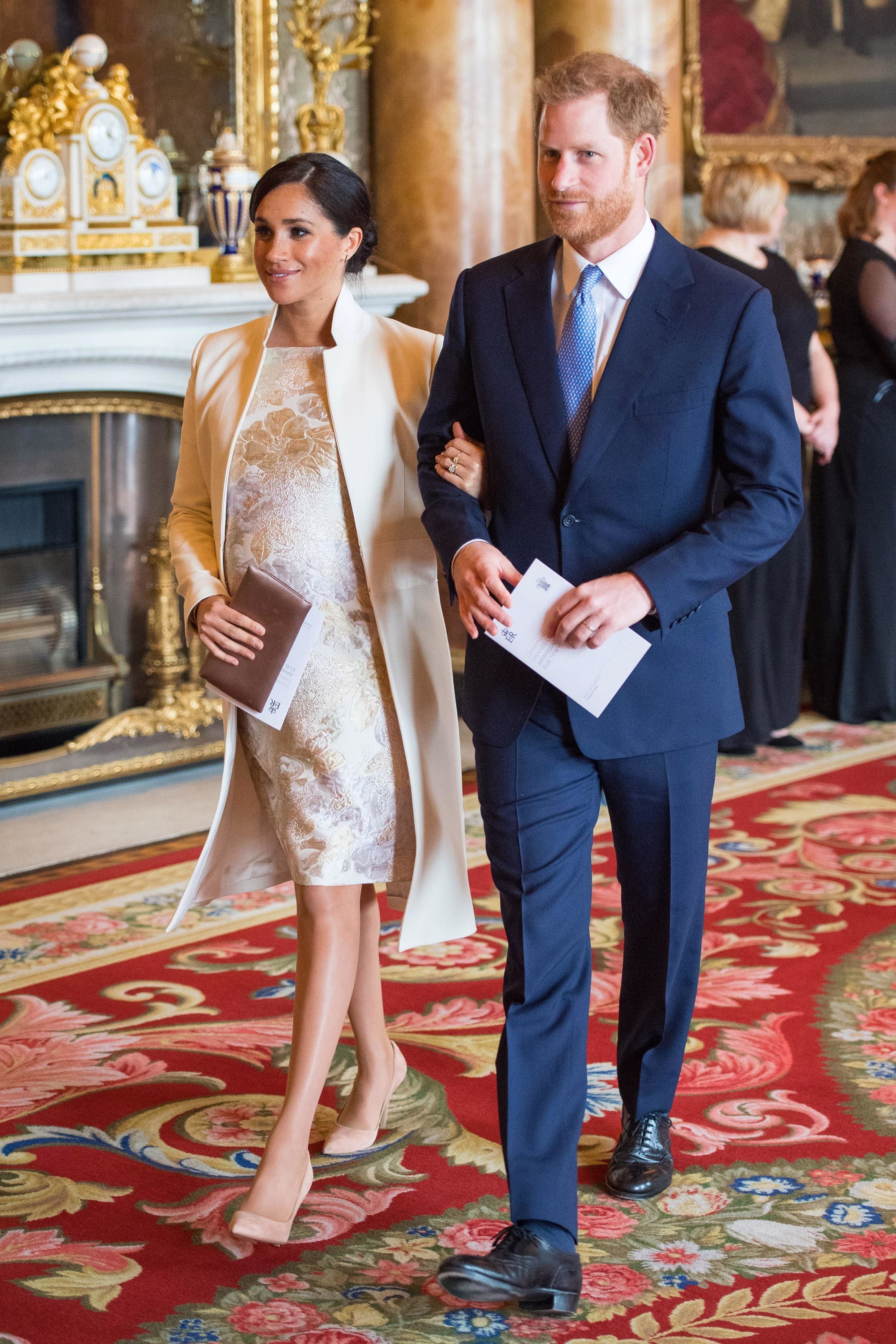 Blue suits are flattering and very stylish, and Prince Harry is no stranger to the trend. He wore this dark-blue suit with a light-blue tie to attend a reception at Buckingham Palace in 2019.

Prince William is also no stranger to the blue-suit trend. 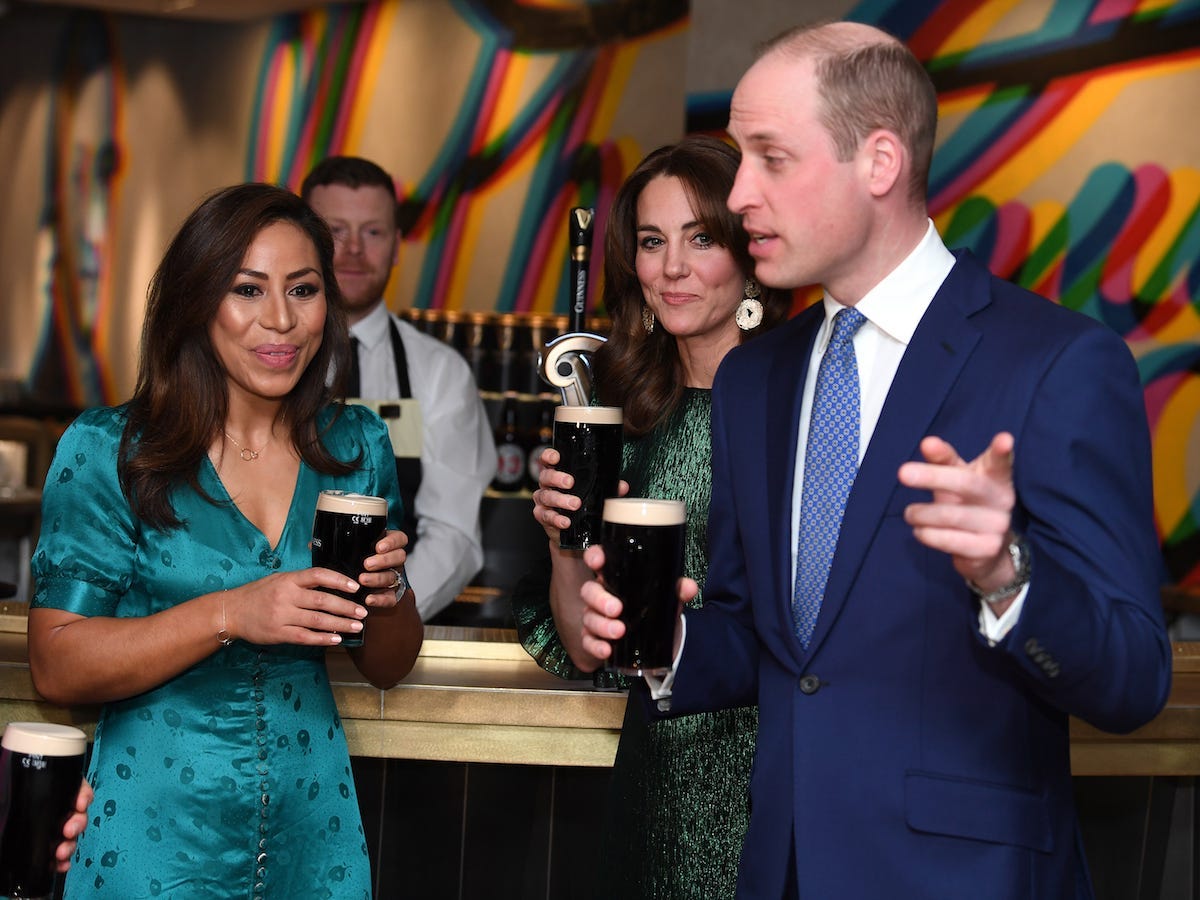 During a visit to Ireland in March 2020, Prince William followed his brother’s lead and wore an elegant dark-blue suit with a light-blue tie. 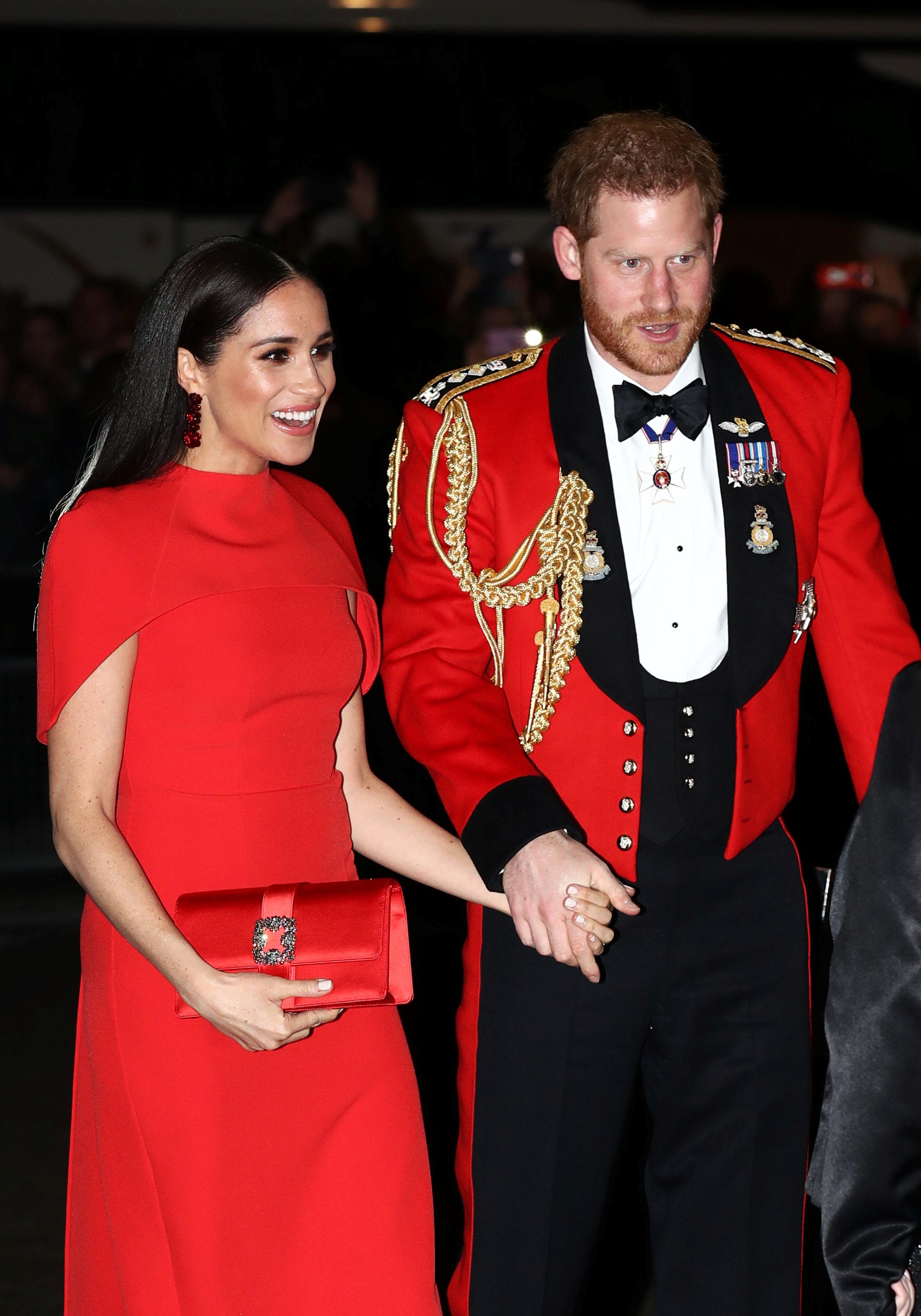 Prince Harry matched his wife in a bright-red dress uniform – wore for his then title as Captain General of the Royal Marines – at the Mountbatten Festival of Music in March 2020.

Prince William knows how to rock the casual dad vibes. 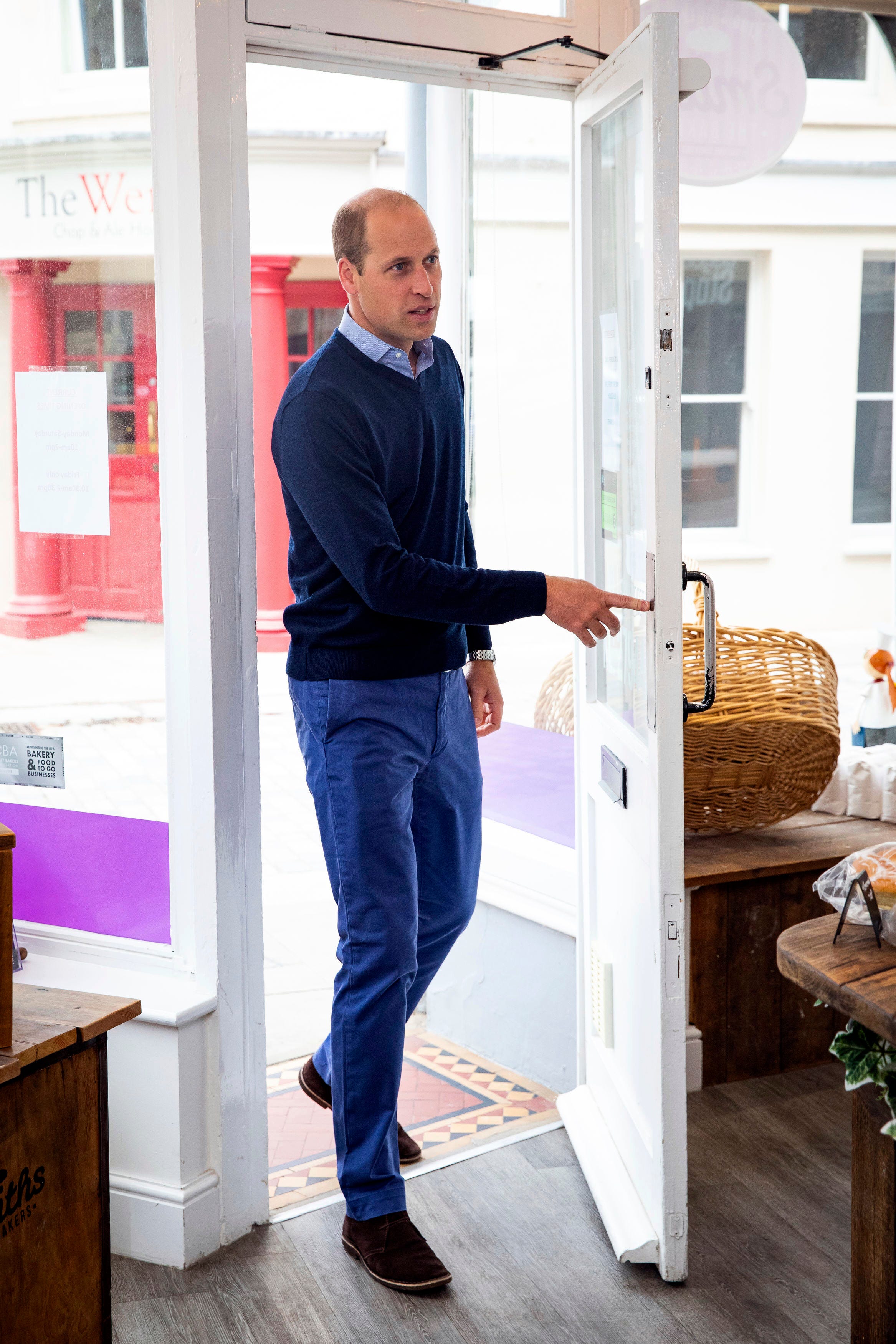 Aaron Chown/Pool via APPrince William visiting Smiths the Bakers in 2020.

During a weekday-morning trip to Smiths the Bakers in Norfolk, England, Prince William looked the part of the casual dad in his blue button-up and sweater combo.