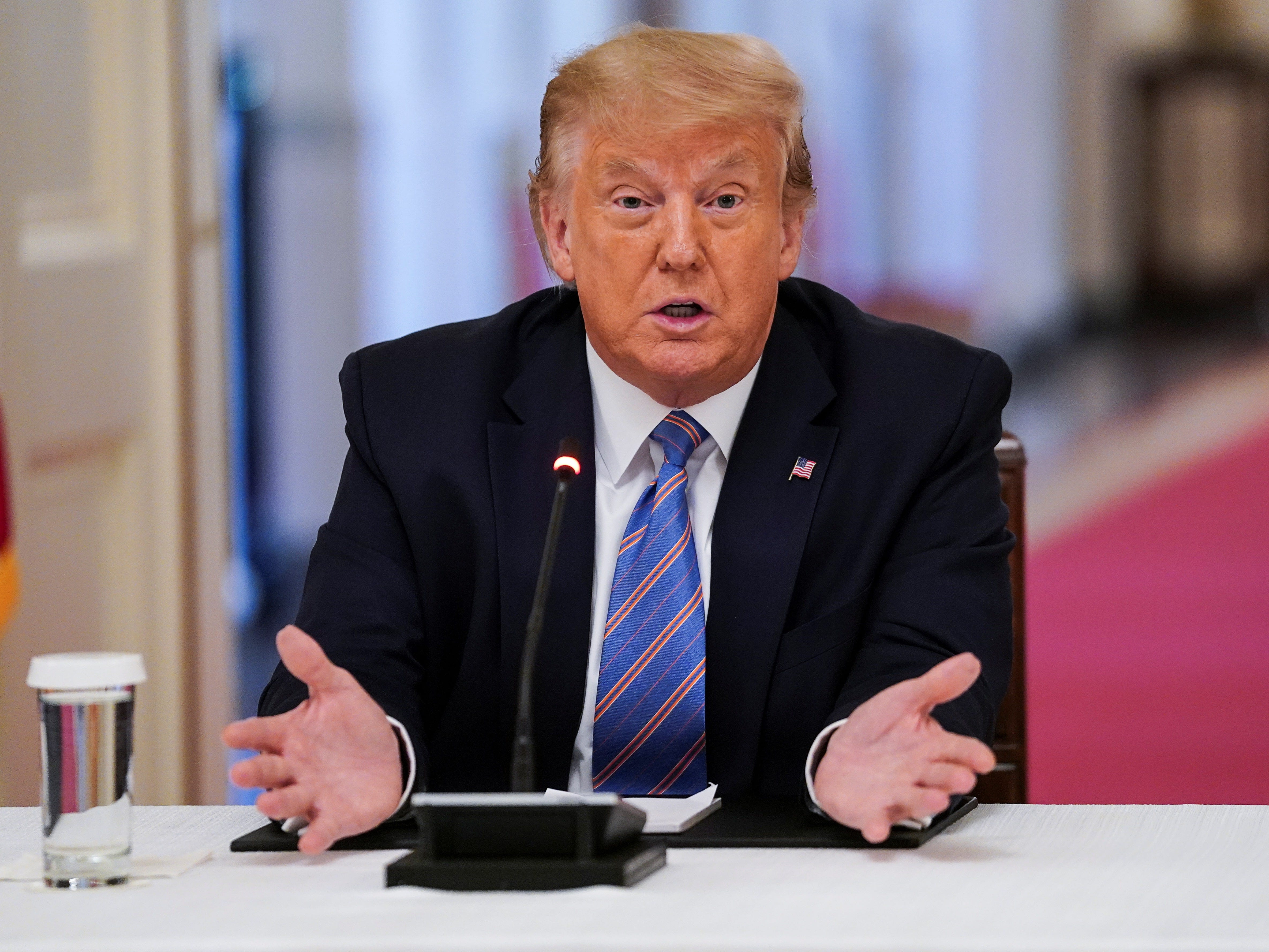 President Donald Trump tweeted Wednesday that schools in the US should follow the lead of countries like Germany and Norway and reopen – and he said that those who don’t might lose funding.

But Trump doesn’t have the clear authority to cut off school funding.

“In Germany, Denmark, Norway, Sweden and many other countries, SCHOOLS ARE OPEN WITH NO PROBLEMS,” Trump wrote.

“The Dems think it would be bad for them politically if U.S. schools open before the November Election, but is important for the children & families. May cut off funding if not open!”

Trump followed up that tweet with one decrying the CDC’s suggested guidelines for reopening, writing:

“I disagree with @CDCgov on their very tough & expensive guidelines for opening schools. While they want them open, they are asking schools to do very impractical things. I will be meeting with them!!!”

Throughout the coronavirus pandemic, Trump has tweeted requests for states to reopen various activities, which he lacks the authority to compel as a federal official.

Denmark, Germany, and Norway all implemented nationwide lockdowns to curb the spread of coronavirus, while Sweden’s controversial no-lockdown strategy has led the country to open an investigation into the policy’s failure.

As Science Mag’s Gretchen Vogel reports, Sweden kept schools open without any “major adjustments” – and there have been school outbreaks and several teachers there have died.

When it comes to the threat of revoking funding, Education Secretary Betsy DeVos said in an interview with Tucker Carlson that over 90% of funding for schools comes from local and state governments. She added that schools have “no excuse” for not reopening.

As the think tank New America said, as of 2014, the federal government spent $US79 billion annually on education – and the two programs that received the most funding at that time were local grants for the No Child Left Behind program and state grants for special-education programs.

One analysis from The School Superintendents Association (AASA) and the Association of School Business Officials International found that the additional cost a district may incur to reopen under new safety guidelines is $US1,778,139.

In response to Trump’s tweet, AASA Advocacy Director Sasha Pudelski herself tweeted that “there is no mechanism by which they can decide to magically withhold funding without Congressional authorization.”

To be clear: there is no mechanism by which they can decide to magically withhold funding without Congressional authorization. https://t.co/dZdTxwIrHM

“School reopenings are a state decision, period. That is the law, and that is the way we’re going to proceed,” Cuomo said. “It’s not up to the president of the United States. There is something called the constitution that guides government power, and then there are a series of laws that are based on that constitution. And the president does not have the authority to open schools.”

But schools do want the federal government to spend more on education. As local budgets have been slashed amid the pandemic, educators have asked for more federal funding, not less.

“The surest step back to normalcy in our country is when 70 million to 75 million college and high school and elementary school students go back to school,” Sen. Lamar Alexander, a Tennessee Republican, told CNBC in June on the topic of providing increased federal funding for schools.

“If we need more money for that, I’m for that.”