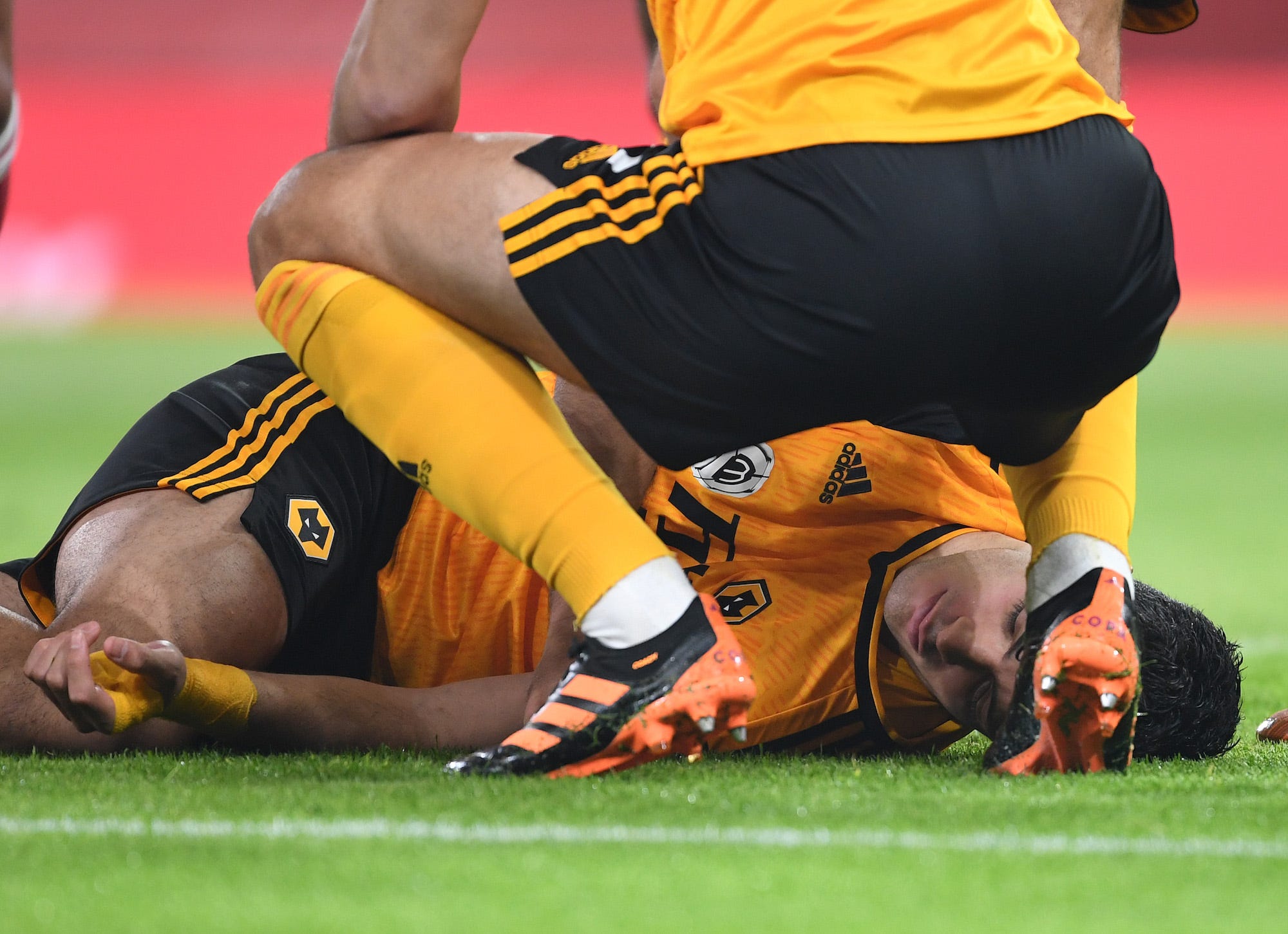 Getty/David PriceRaul Jimenez after his clash with Arsenal’s David Luiz.

Jimenez was left unconscious a gruesome clash of heads with Gunners defender David Luiz during the early stages of Sunday’s match at the Emirates Stadium.

Play was halted for 10 minutes while the Mexican was given oxygen on the pitch, before being taken to hospital.

Luiz also hurt himself in the collision, though played on with a bloodied bandage around his head before being substituted at half-time.

You can see footage of the collision around 20 seconds into the video below (Warning: The video is graphic)

“Raul is comfortable following an operation last night, which he underwent in a London hospital,” a statement from Wolves said on Monday.

“He has since seen his partner Daniela and is now resting. He will remain under observation for a few days while he begins his recovery.

“The club would like to thank the medical staff at Arsenal, the NHS paramedics, hospital staff and surgeons who, through their skill and early response, were of such help.

“The club ask that Raul and his family are now afforded a period of space and privacy, before any further updates are provided in due course.”

A massive blow for the football team, but something's are more important than Football.

We wish him a safe and speedy recovery. #wwfc #WolvesFancast pic.twitter.com/IF4GWuqkBP

Speaking on the decision to allow Luiz to carry on, the former Newcastle and England striker Alan Shearer slammed the Premier League’s current concussion regulations.

“Football needs to get real and wake up,” he said speaking on Match of the Day 2. “It needs to get serious, not next month, now. This has been going on for far too long. The [concussion] protocols in football are not acceptable.”

Jimenez joined Wolves from Benfica in June 2018, and has since 48 times in 110 appearances for the club, helping it consecutive seventh placed finishes in English top flight.

A thunderous acrobatic volley, a superb solo run, and a beautiful bicycle kick â€” these are the best goals from around the world of soccer in 2020

A pro soccer player was caught on camera grabbing an opponent’s genitals twice during a game, and now faces a ban for ‘violent conduct’