This is how structural racism works

“I don’t regret anything I said then because in the context of the time in which I said it, it was correct.”–
Anthony Fauci, explaining why he doesn’t rue advising against mask-wearing early in the pandemic, when less was known about asymptomatic spread and PPE was in shorter supply Russians are trying to steal American, Canadian, and British coronavirus vaccine research. Intelligence agencies say that Kremlin-affiliated hackers have been trying to break in to research facilities.

Georgia governor forbids cities from requiring masks. Even though cases are climbing there, and yesterday was the state’s second-worst day of the pandemic, Brian Kemp voided mask mandates in more than a dozen cities and counties.

Twitter is trying to figure out how it was hacked. Scammers may have bribed an employee for backdoor access, allowing them to control the accounts of Barack Obama, Joe Biden, Kim Kardashian, Elon Musk, Jeff Bezos, and others. 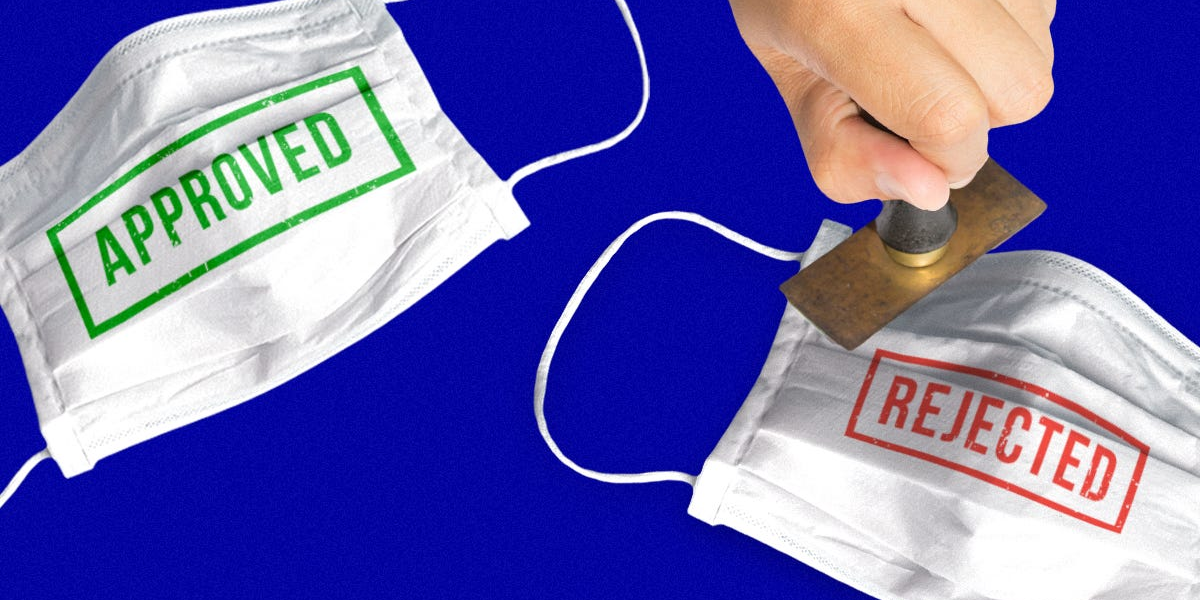 This is how ‘structural racism’ works – PPP loan edition

Over at The New York Times, Emily Flitter highlights a study that sounds like something you’d see on television. Researchers at Rutgers University, Washington State University, and Brigham Young University sent pairs of Black and white borrowers to 17 banks in Washington to take out Paycheck Protection Program (PPP) loans. They wanted to see how, or if, the experience differed between races. They also observed differences between gender.

It was a structural-racism test, and we failed. Even though Black borrowers were given a slightly healthier financial profile, across the board bankers were less supportive of Black borrowers applying for loans for which they qualified. They offered less information on products, and were offered different products.

I can feel the visceral reactions from readers, so let me say a few things right now: Does this mean the bankers were bad people? Not necessarily. They could coach Little League and teach Bible study and be great neighbours, even to Black people. But this is about the context they’re in – in a bank, a place where Black people are supposed to be able to build on their hard-earned wealth. 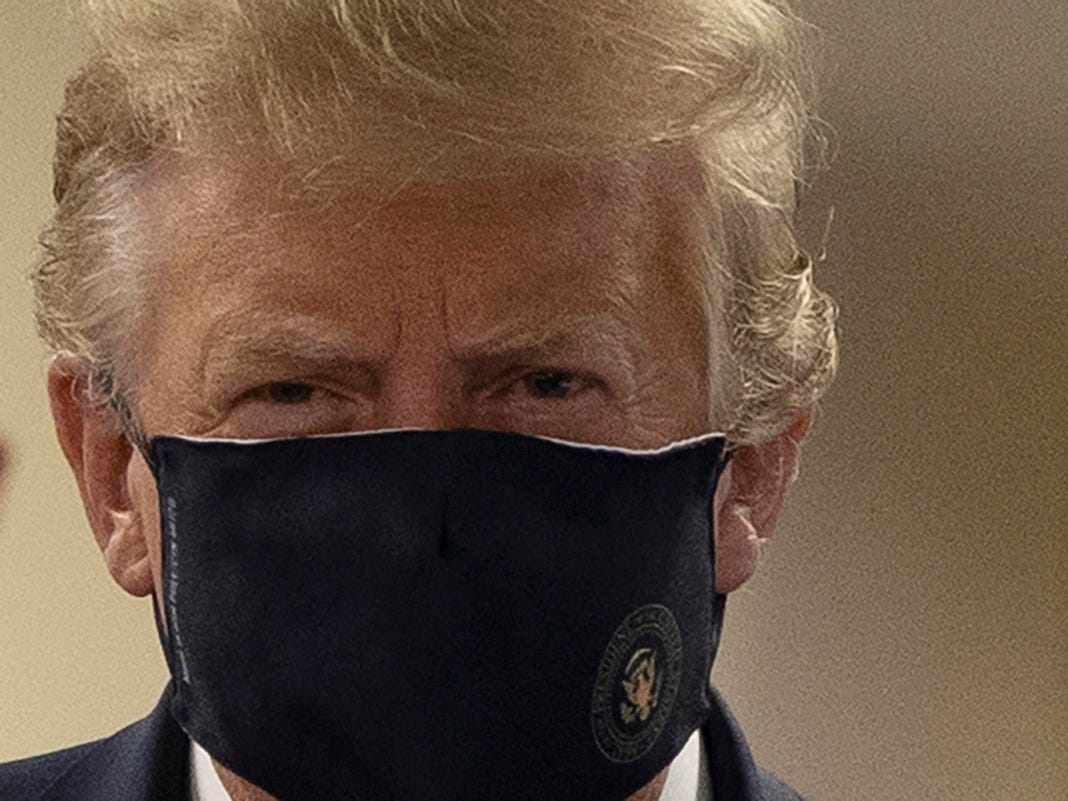 A new Quinnipiac University poll found a full two-thirds (67%) of Americans surveyed “do not trust the information President Trump is providing about the coronavirus.” Only 30% of those polled said they had faith in Trump’s truthfulness when it comes to pandemic.

When it comes to Dr. Anthony Fauci, the numbers are basically flipped, with 65% saying they trust the US’s leading epidemiologist and 26% saying they don’t.

Trump is a well-known serial liar, so much so that even trying to keep track of all the lies is a Quixotic mission. But his flagrant mistruths and propagation of misleading information about COVID-19 might prove to be his presidency’s undoing.

His job-approval rating dropped 6 percentage points from last month, with 36% approving and 60% disapproving. That’s his lowest rating since August 2017 – the same month as his infamous “very fine people on both sides” comments following the neo-Nazi murder of Heather Heyer in Charlottesville.

The difference between now and then is the economy went from pretty robust to the worst since the Great Depression, because of the coronavirus pandemic. And if Americans don’t trust the president to tell the truth about the calamity of our age, his path to reelection narrows considerably. -AF


If you’re enjoying this story, sign up now for the Insider Today newsletter to receive more of these insights from Henry Blodget and David Plotz.

For the people, for the economy, for justice, just legalise marijuana already 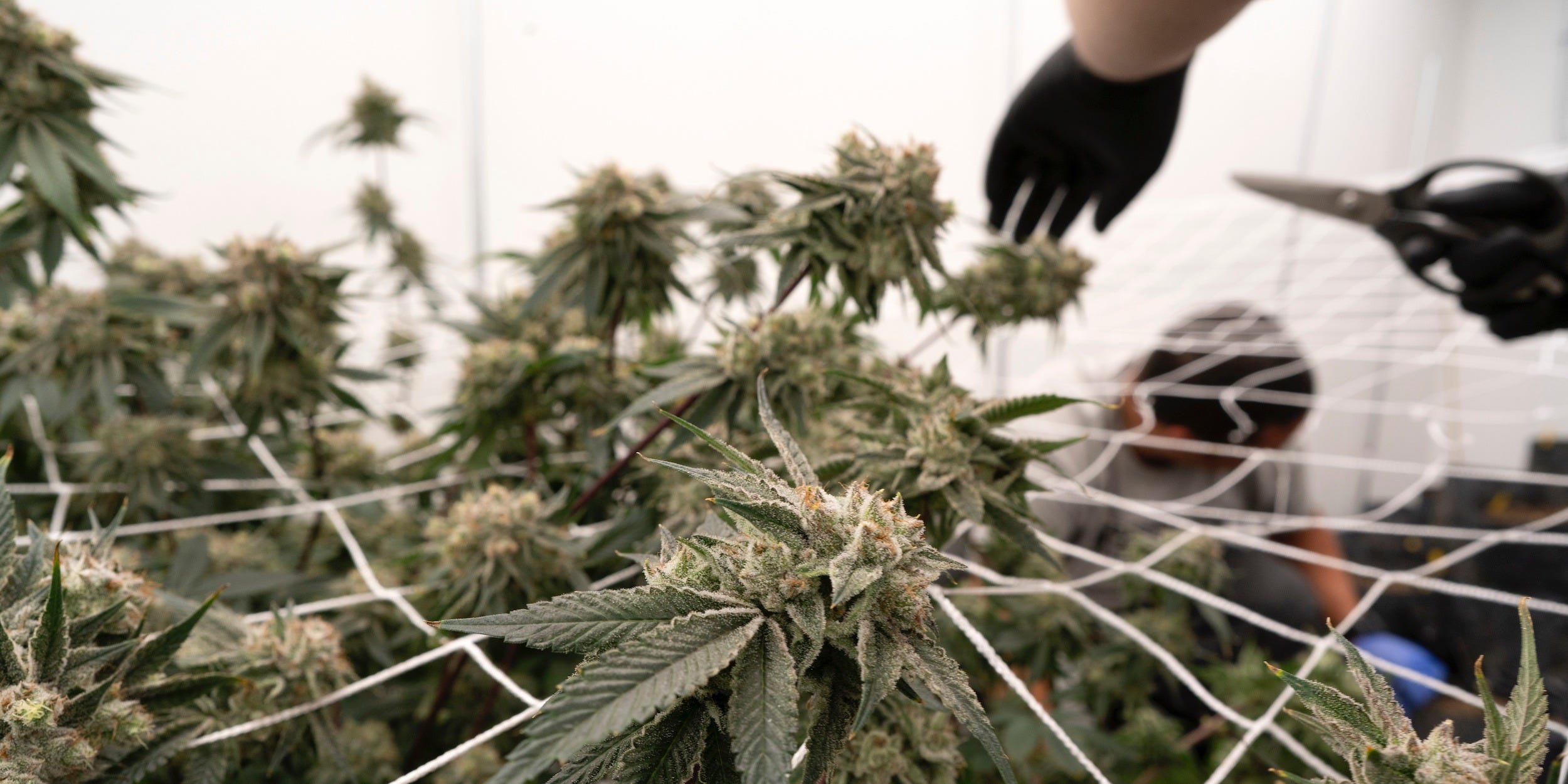 New Jersey Gov. Phil Murphy said this week that legalizing marijuana would be “an incredibly smart thing to do.” Given that his state is on the verge of borrowing $US9.9 billion to help cover coronavirus-related tax shortfalls, it makes little sense to leave some $US300 million in annual tax revenue from legal cannabis.

In my column today, I argue that the current moment of unprecedented support for criminal-justice reform, combined with an economic catastrophe, and the support of two-thirds of Americans to legalise marijuana – the time has simply come for full legalization.

State governments, particularly fully Democratic controlled ones like New York and New Jersey, need to get out of their own way and find a way to pass legalization bills. But the federal government has to do its part, starting with removing marijuana from its absurd classification as a Schedule I narcotic – which makes it all but impossible for legitimate cannabis businesses to work with banks.

Joe Biden, historically one of the worst drug warriors of all time, has promised he’d reschedule marijuana as president, even if he doesn’t support full legalization. For now, I’ll take it.

The Drug Enforcement Administration’s absurd and outdated definition of cannabis is bad for business. And we can’t afford “bad for business” for no good reason.

Legalization means no more “vape panics,” fewer pointless arrests of young people, and a safer alternative for adults than alcohol. 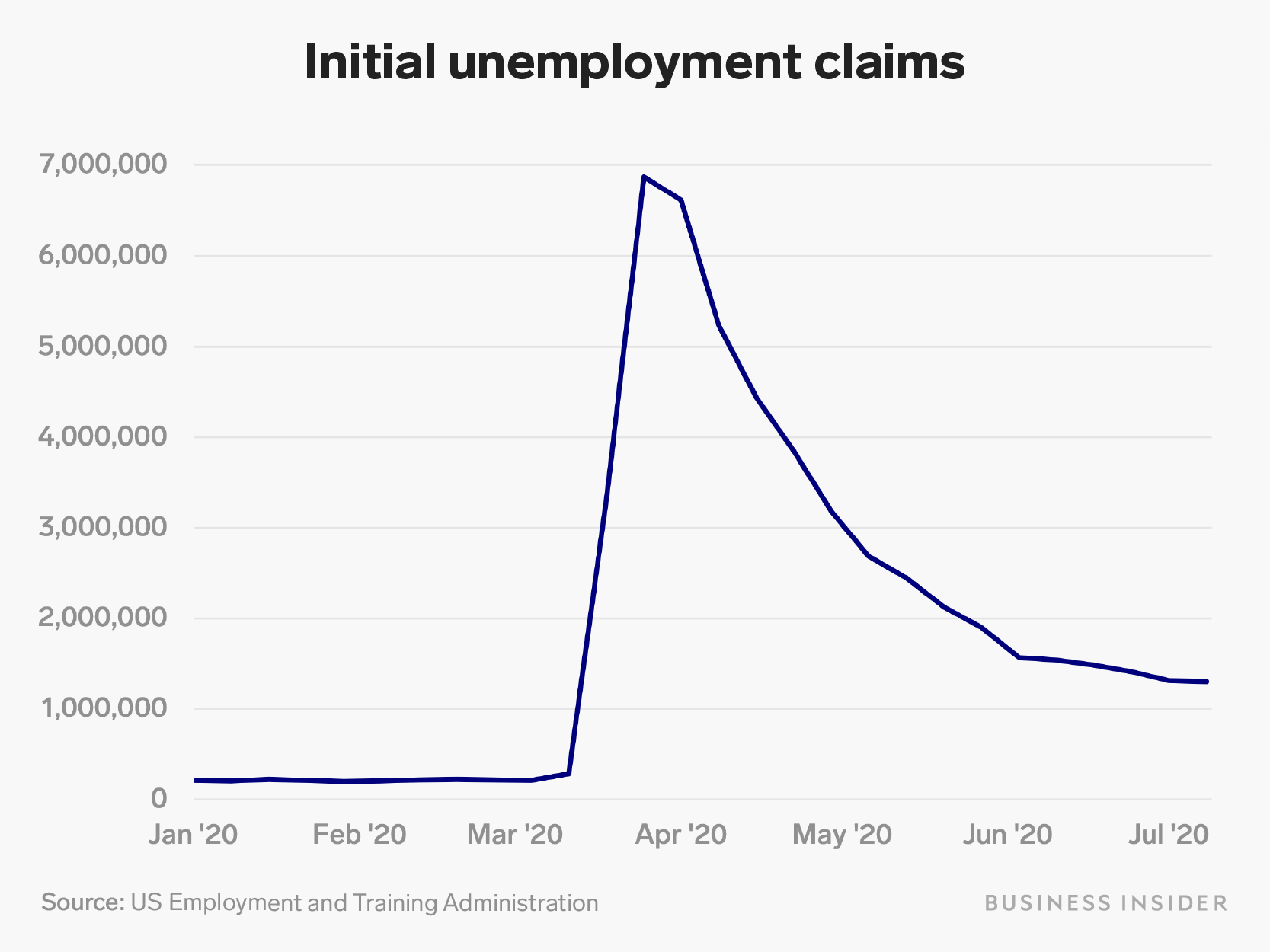 Initial jobless claims came in at 1.3 million. The number of people claiming unemployment insurance each week has declined from the pandemic high above 6 million, but the prepandemic record for claims was just over 600,000. So it may look better, but the US labour market is still clearly in crisis mode.

How to strike back against China’s new Hong Kong security law. The US should encourage a brain drain by inviting Hong Kong residents to immigrate.

Jake Paul threw a massive maskless party in California on Saturday. The mayor of Calabasas is furious.

The most scenic hiking trail in every state. Insider teamed up with All Trails to identify the most beautiful hike in all 50 states. 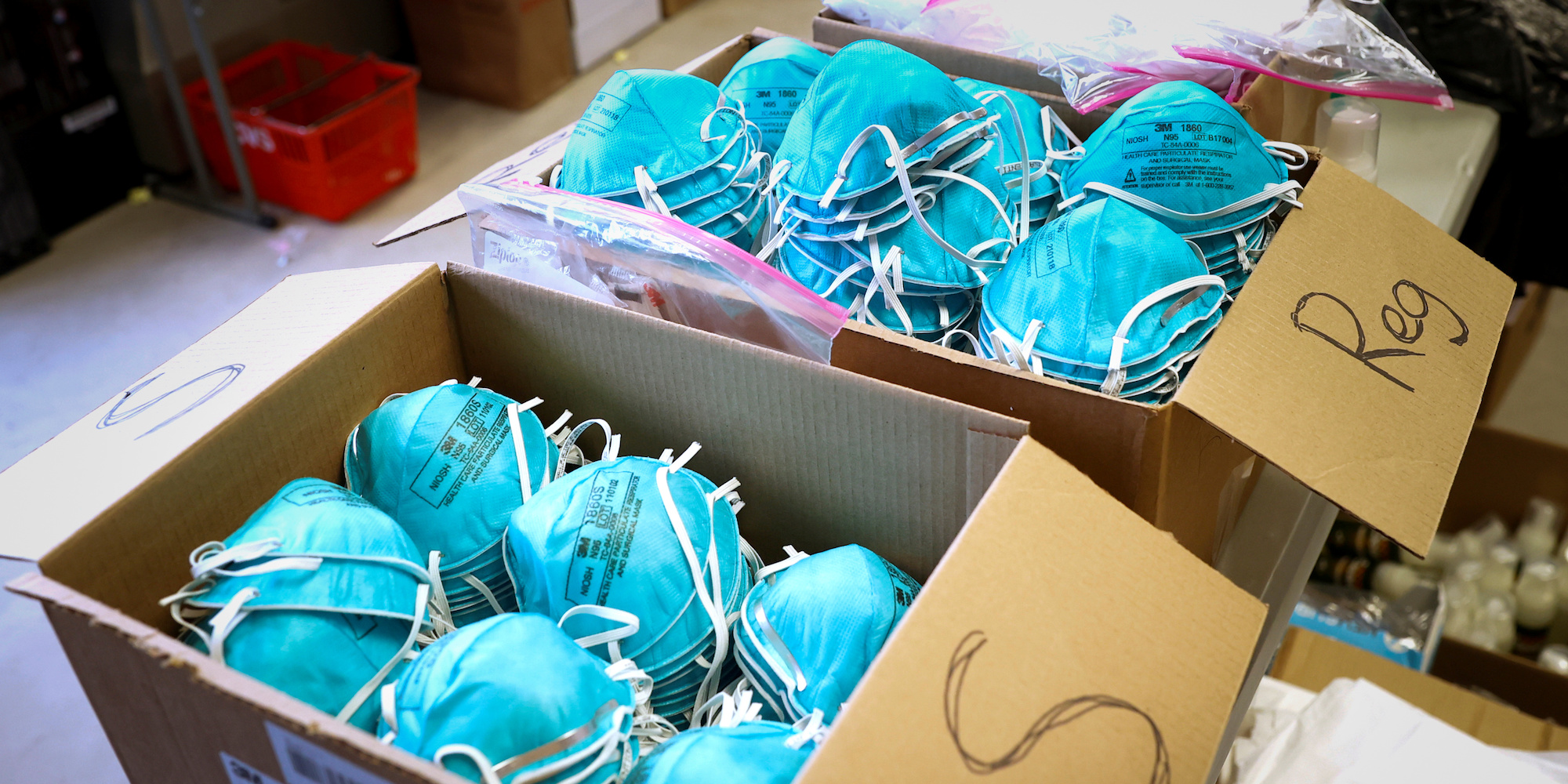 Best and worst masks for coronavirus, from surgical masks to bandanas. N95s and surgical masks are the safest best, while a T-shirt around the face is the least effective – but better than no mask!

Trump posted a photo of himself alongside Goya products in the Oval Office. The Goya CEO praised Trump at an event last week, which led to boycott calls.

Iran shot down a passenger plane after string of failures. The new report from Iran’s Civil Aviation Organisation disclosed everything that went wrong in the run-up to the Iran military’s shooting down a passenger jet that killed 176 people in January.