Relief loans are going to areas with pre-existing bank relationships instead of most infected regions, Fed economists find Emergency loans issued by the Small Business Administration have been more concentrated in areas with pre-existing bank relationships than those most affected by the coronavirus pandemic, economists at the Federal Reserve Bank of New York said in a Wednesday blog post.

Paycheck Protection Program, or PPP, loans were among the critical relief measures taken to keep the US from sliding into economic catastrophe. Eligible businesses first criticised the program’s bumpy rollout and relatively small capacity, as the facility ran out of funds in less than two weeks.” 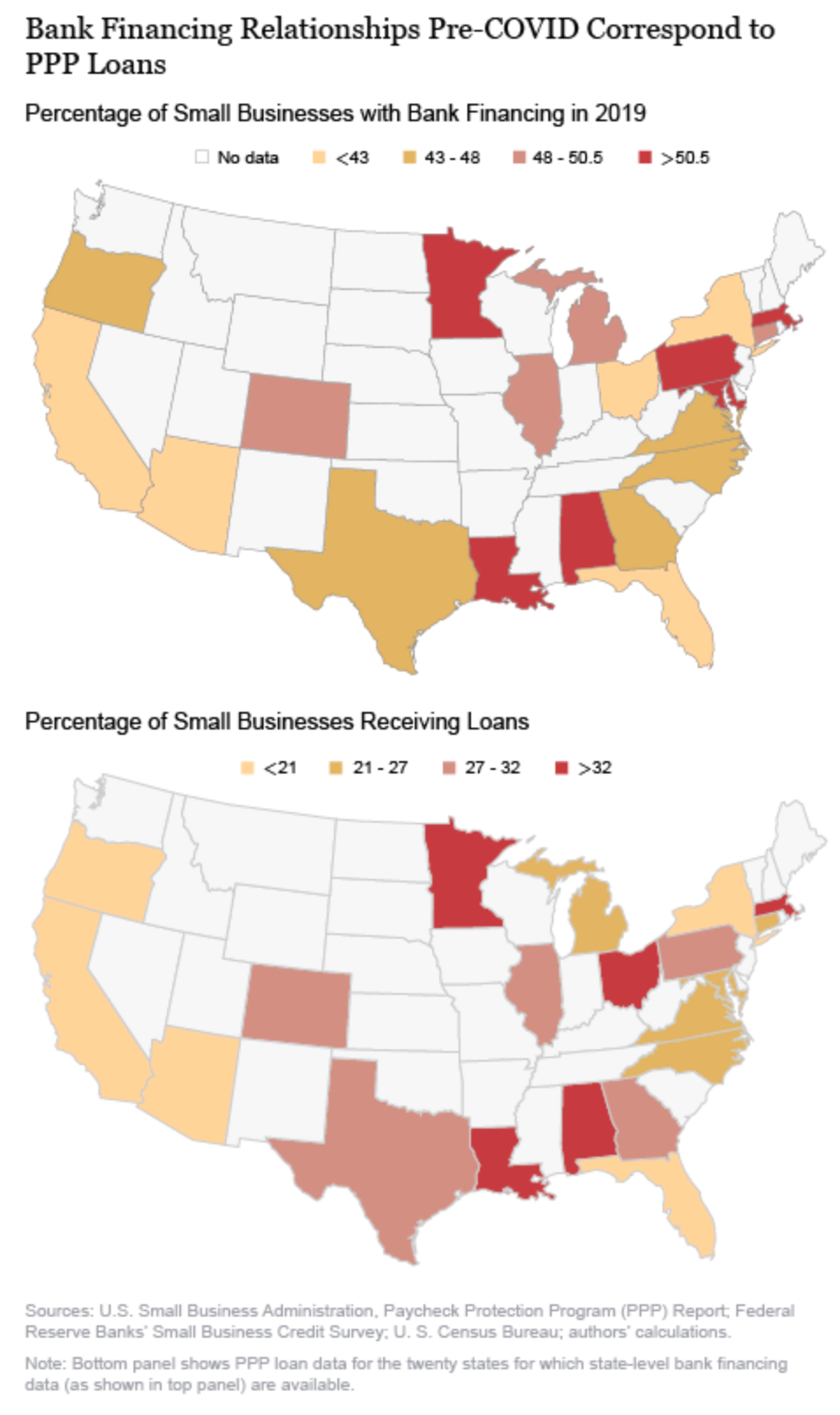 PPP lending has since resumed, but the New York Fed’s latest study suggests the emergency capital isn’t being allocated efficiently. Some of the hardest-hit areas including New York, New Jersey, Michigan, and Pennsylvania are receiving fewer loans per small business than less-affected states in the Midwest and near the West Coast, the Fed found.

Only about 20% of small businesses requesting PPP loans in New York have been approved, while more than 55% of eligible firms in Nebraska expect to receive emergency funding.


Read more:
These 22 well-known companies could get acquired as coronavirus batters their businesses, BTIG says

The team then tested whether existing financing agreements between small businesses and banks boosted the likelihood of PPP loan approval. Of the 20 states studied, those with the most small business bank financing also held the highest percentage of small firms receiving loans.

The team also found that areas with a greater proportion of community banks to larger lenders were more effective in granting PPP loans. States including Wyoming, Iowa, and Kansas with nearly 50% of deposits in community banks saw a greater percentage of small businesses taking in PPP loans, the Fed said. States with less community-bank market share saw a significantly smaller proportion of small businesses approved for the funds.


Read more:
Award-winning fund manager Randall Dishmon says the way to win at investing is to think like a Warren Buffett-style acquirer. Here are the 3 questions he always asks before buying a stock.