This off-grid office under construction in Europe is designed to float in case sea levels rise, completely negating the effects of climate change 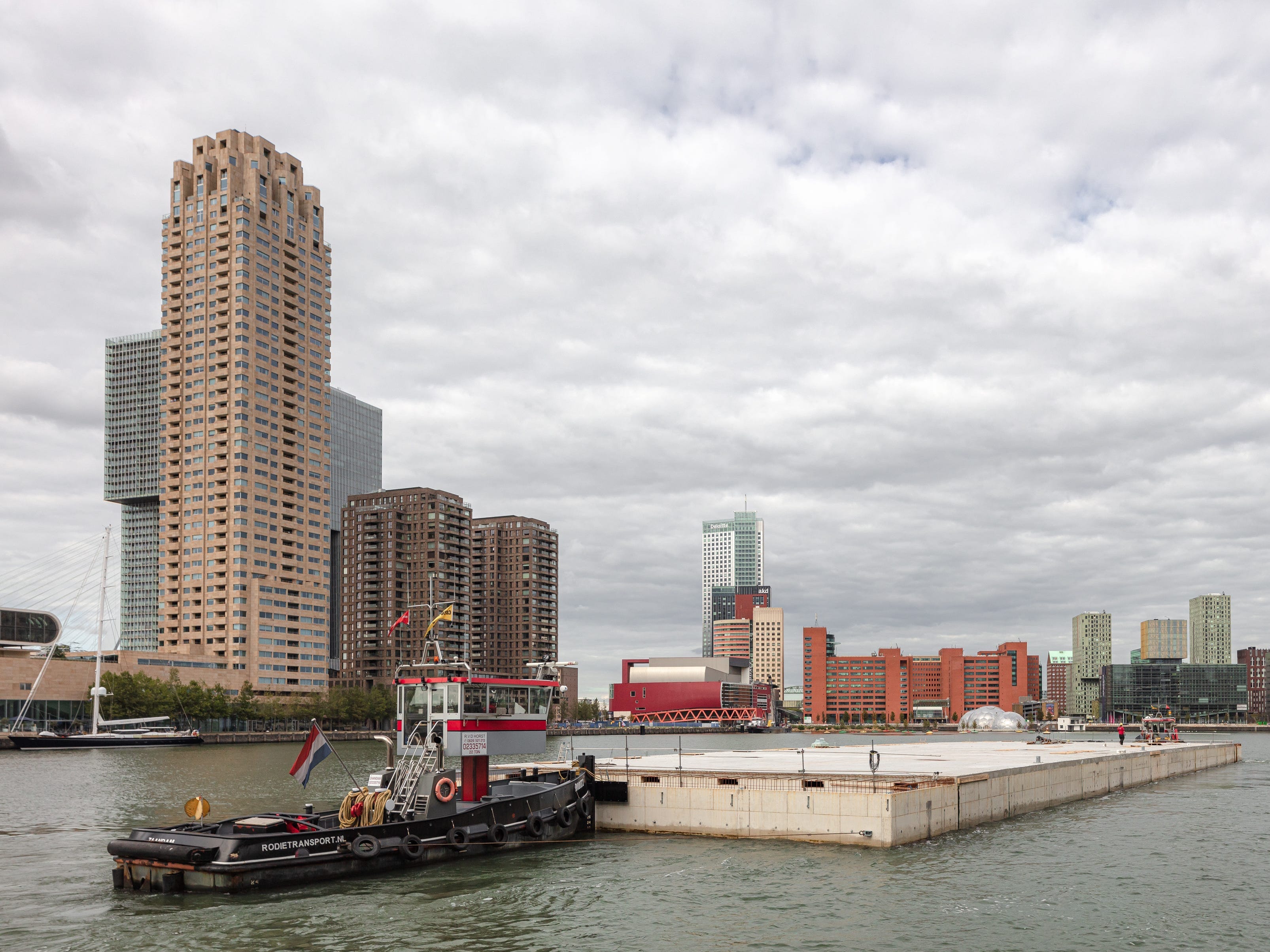 Dutch design studio Powerhouse Company is creating a massive floating office for a Rotterdam NGO. The office is a way for the Global Centre on Adaptation, an NGO based on planning and investing in technology to mitigate climate change, to live out its mission.

So far, the concrete base has been constructed and put into place. Now, construction is ongoing for workspaces and a restaurant that will also go on board.

Other, larger companies are also thinking about how they will survive as climate change alters the world and the way we live.Alphabet, Google’s parent company, powers its data centres around the world with renewable energy. In plans for the new San Jose campus, Google also addresses issues like urban heat islands in design plans, combatting them with large open spaces and accessible public transportation. Some major investors, like Microsoft cofounder and former CEO Bill Gates, are investing in renewable energy startups as well.

Here’s a look at the floating office.

The structure will be made of timber to minimise the carbon footprint. 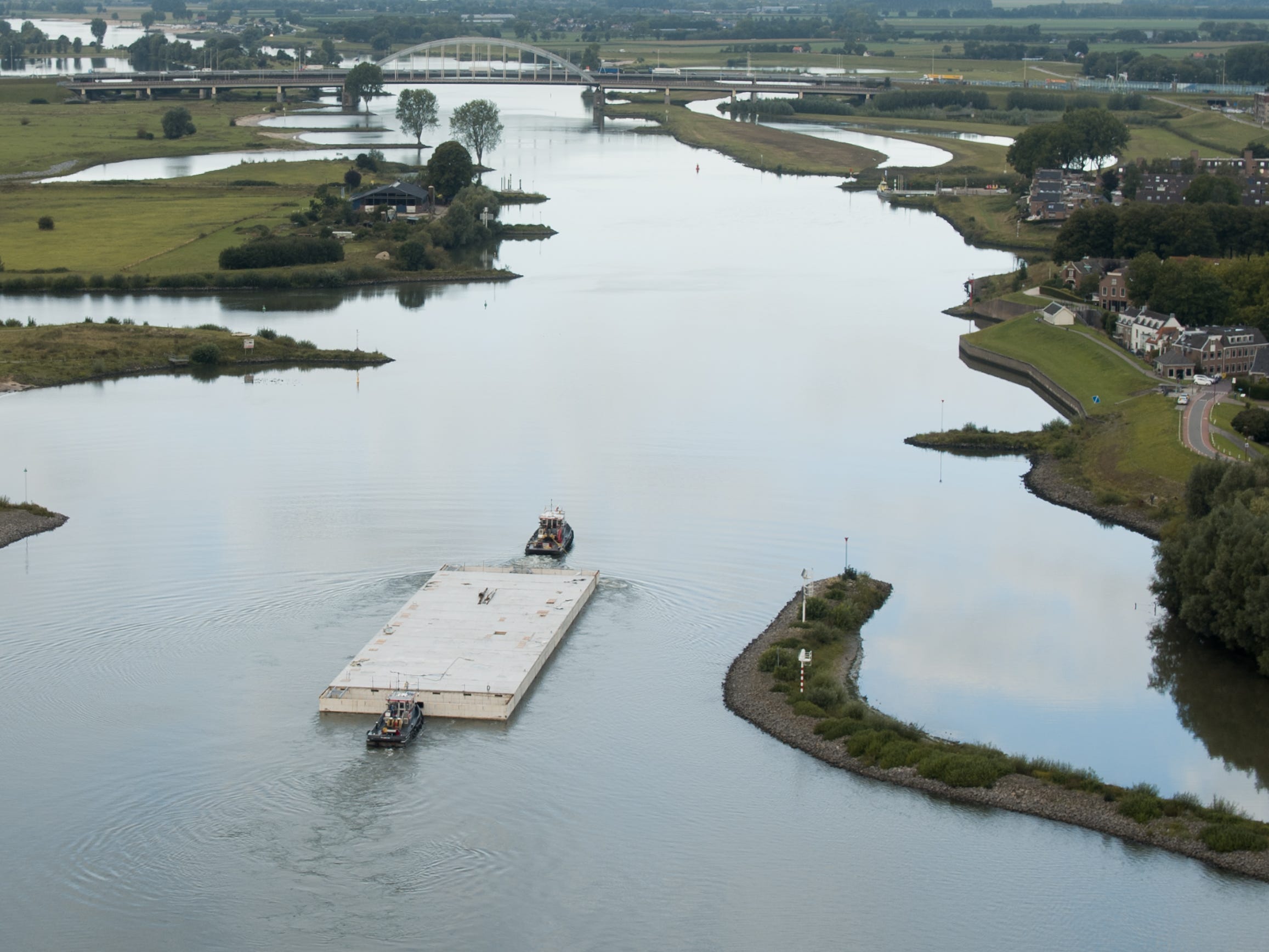 According to project architect Paul Sanders, the building can be easily taken apart and reused as part of the “circular economy,” aimed at eliminating waste by continually reusing resources. 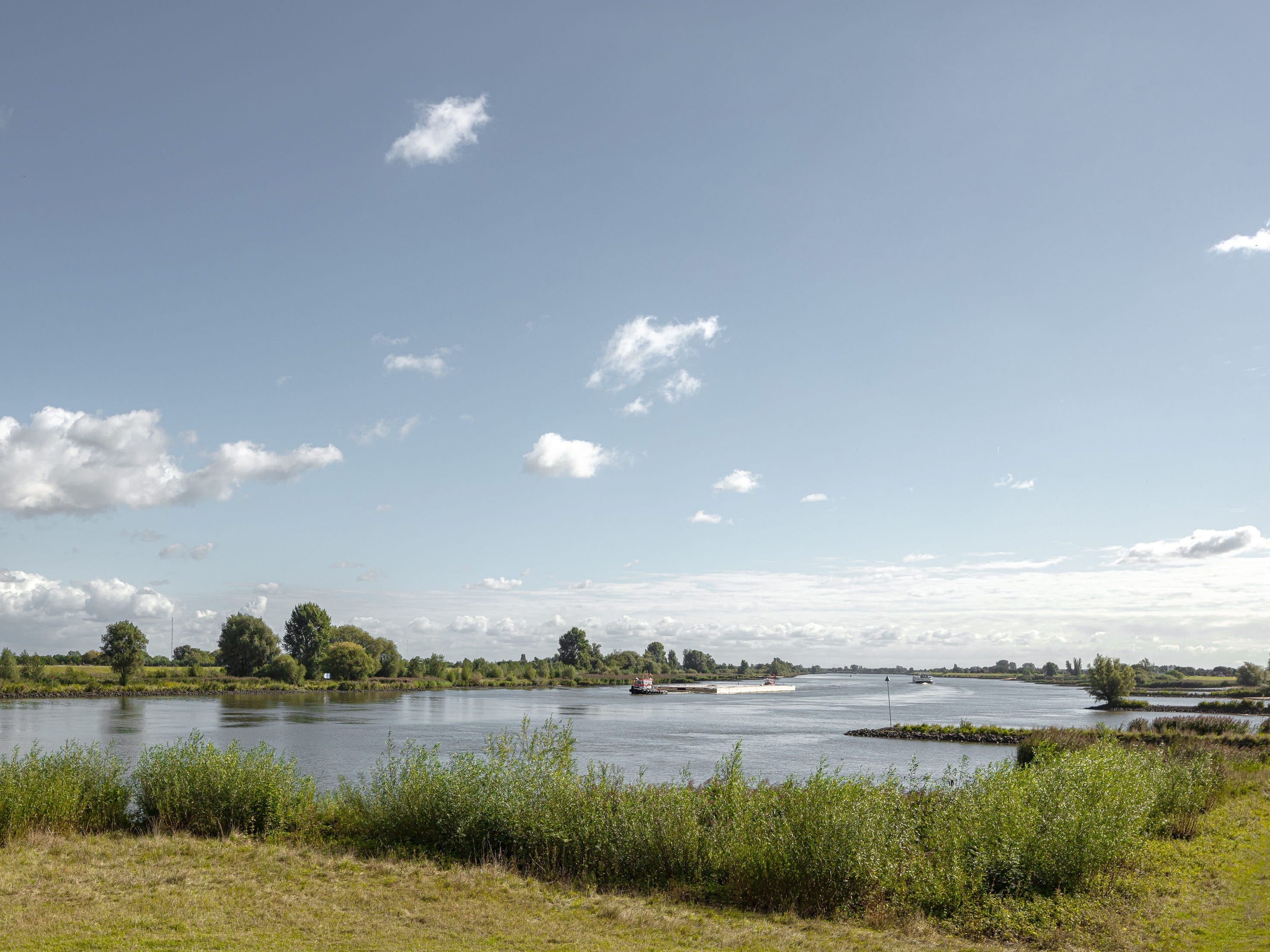 The floor plan was designed as a grid for this exact reason, to make deconstructing it easier. 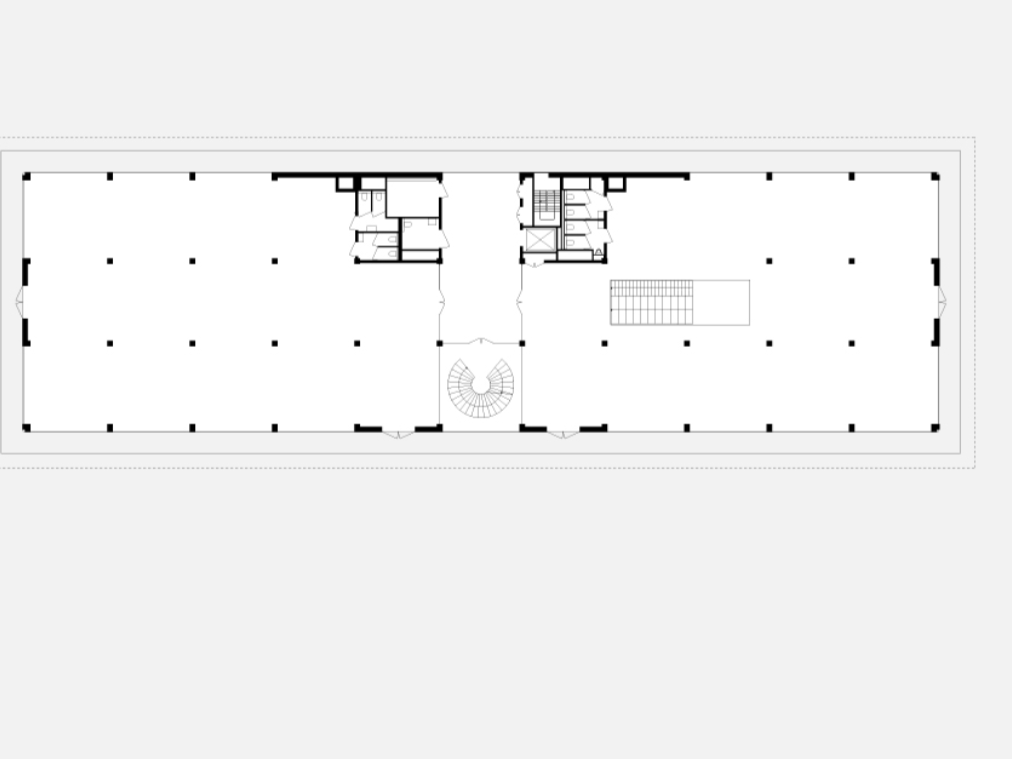 The entire structure will be three stories tall. 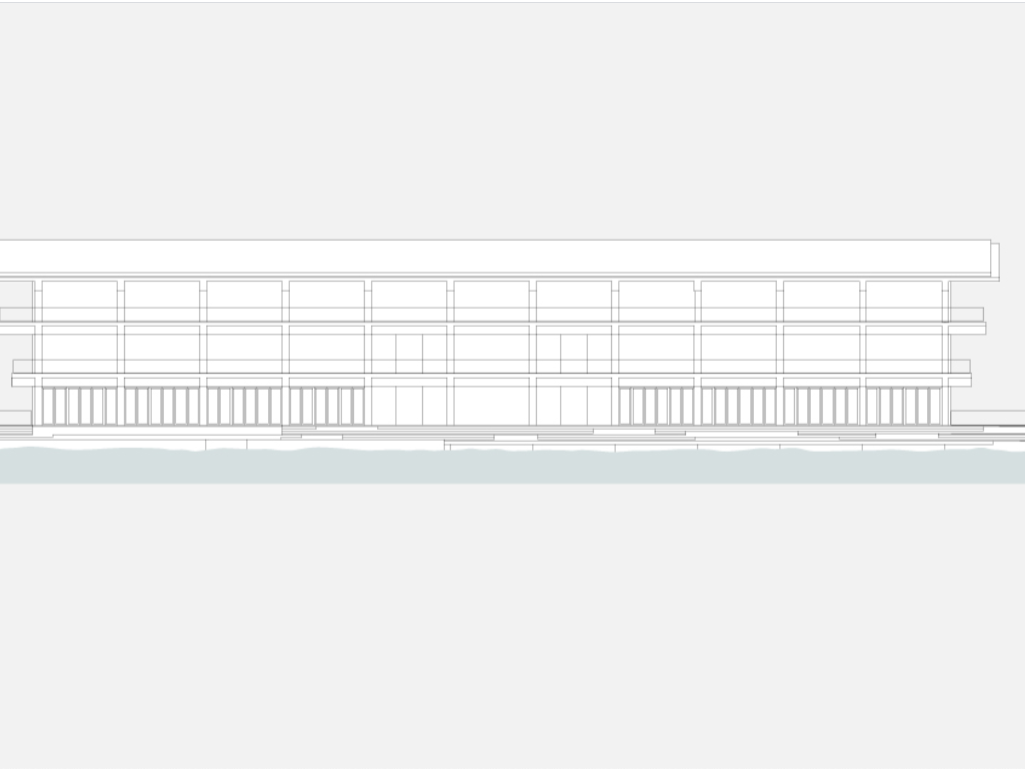 Balconies and an overhanging roof will provide natural shade and shelter from the elements. 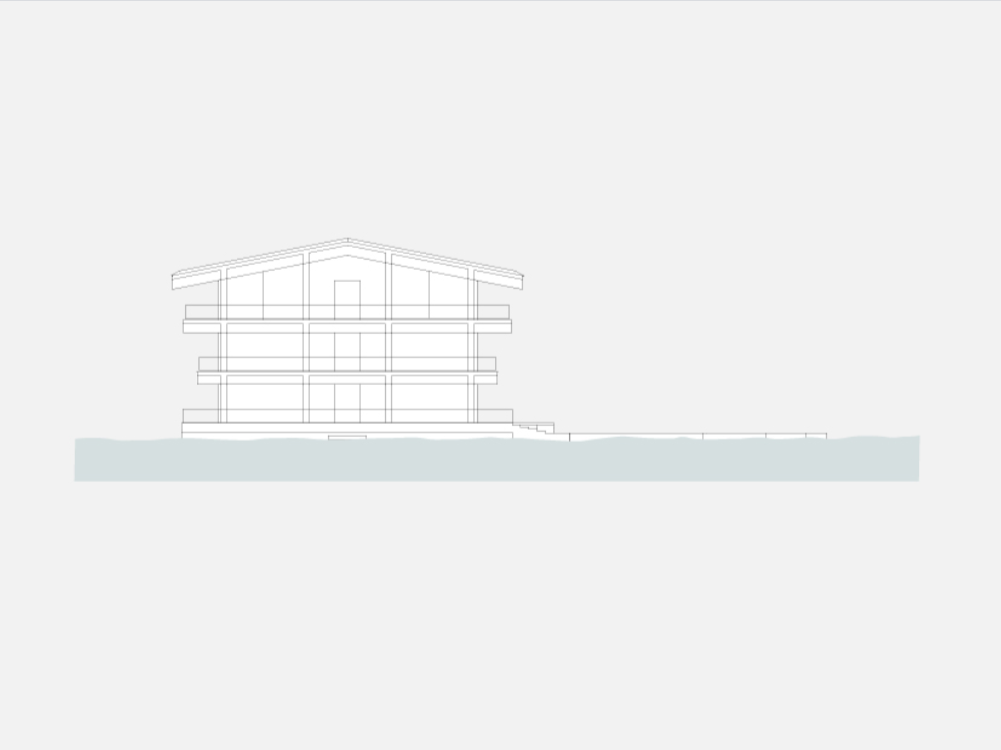 Floor to ceiling windows will let in light, while the balconies will provide cooling. 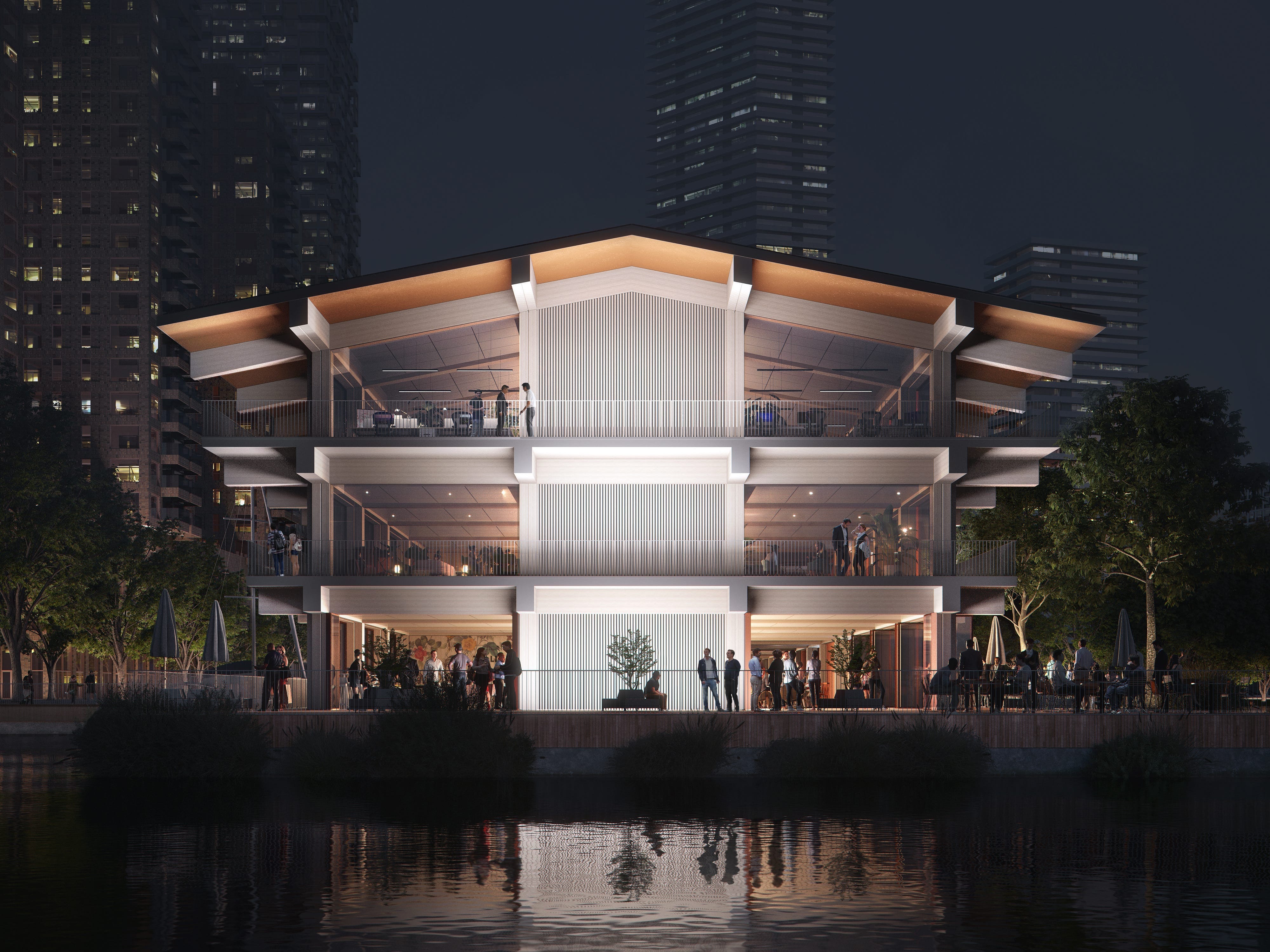 Architects completed the floating foundation, the first step of the process, in August. 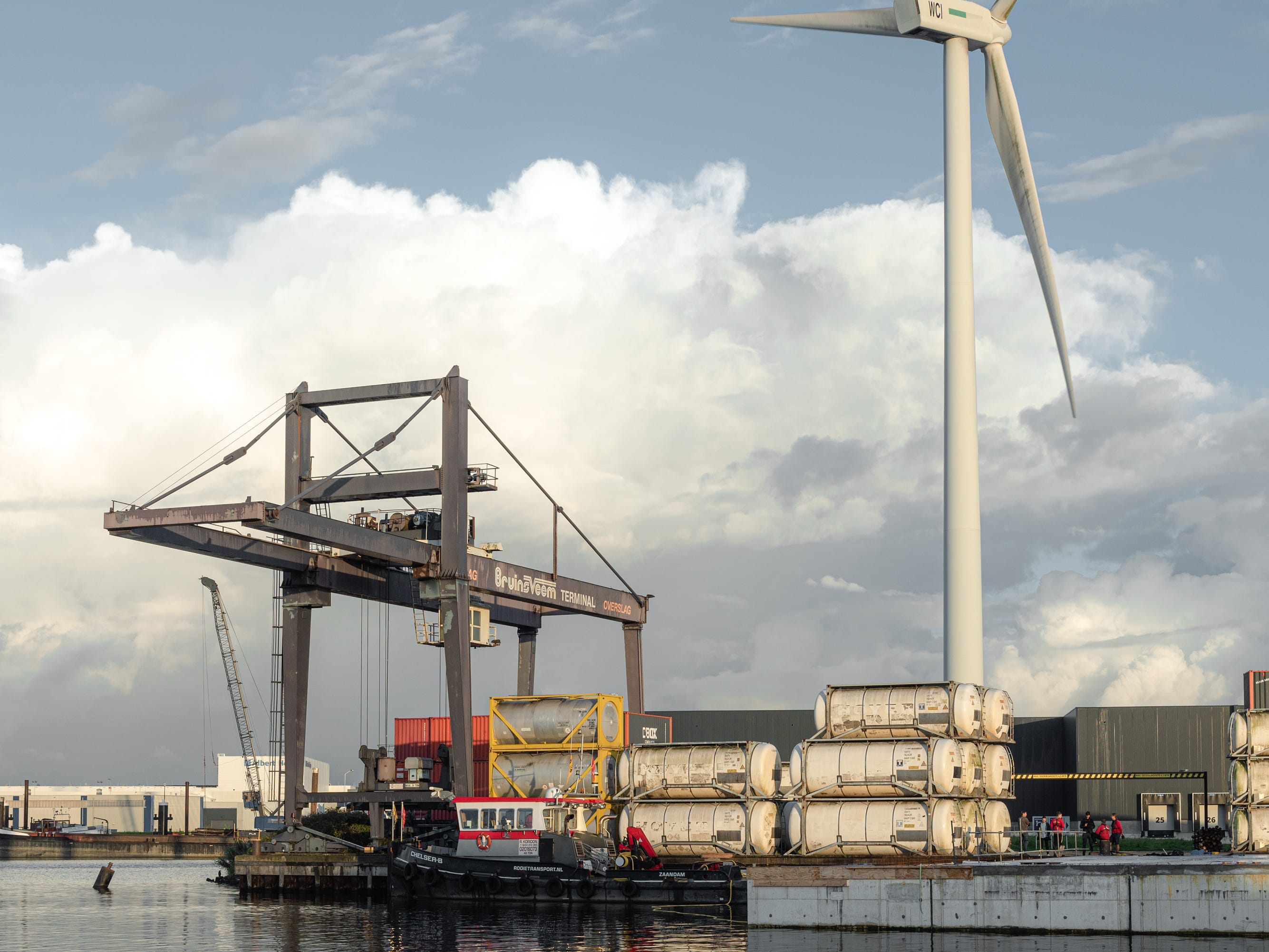 The pontoons, which actually come in contact with the water, are made of concrete. 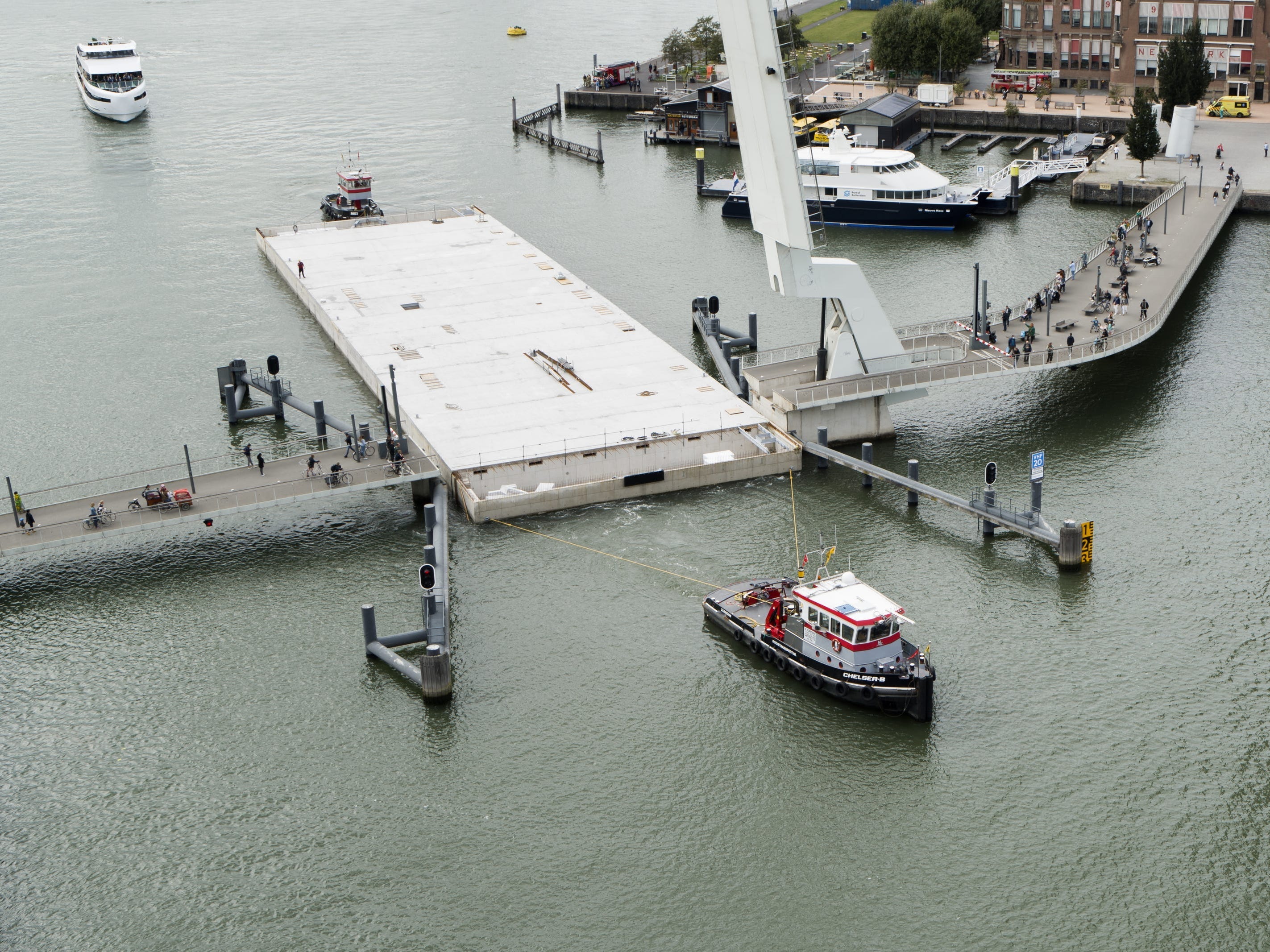 Pipes in the pontoons will use water from the Rinjhaven for cooling. 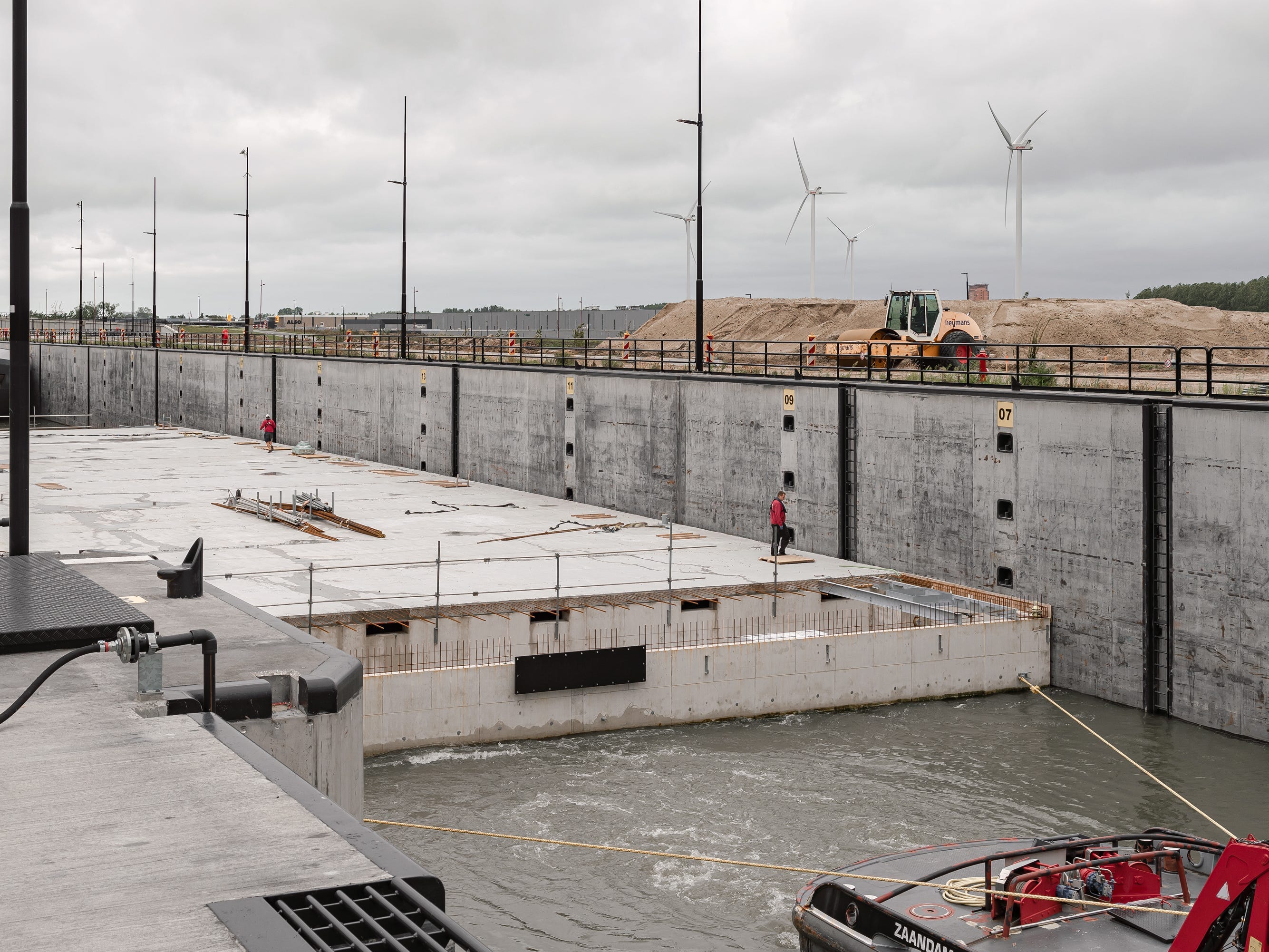 At the same time, more than 2,600 square feet of solar panels will generate power, and the sewer system will be used to fertilize a green roof. 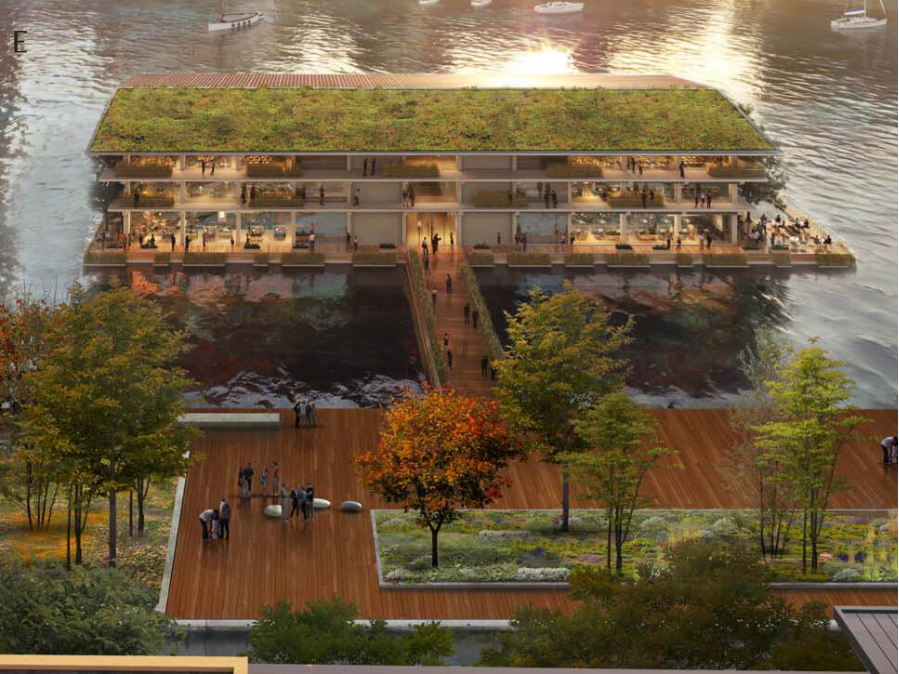 The structure will be accessible by a boardwalk, with a restaurant and pool open to the public in Rijnhaven harbour. 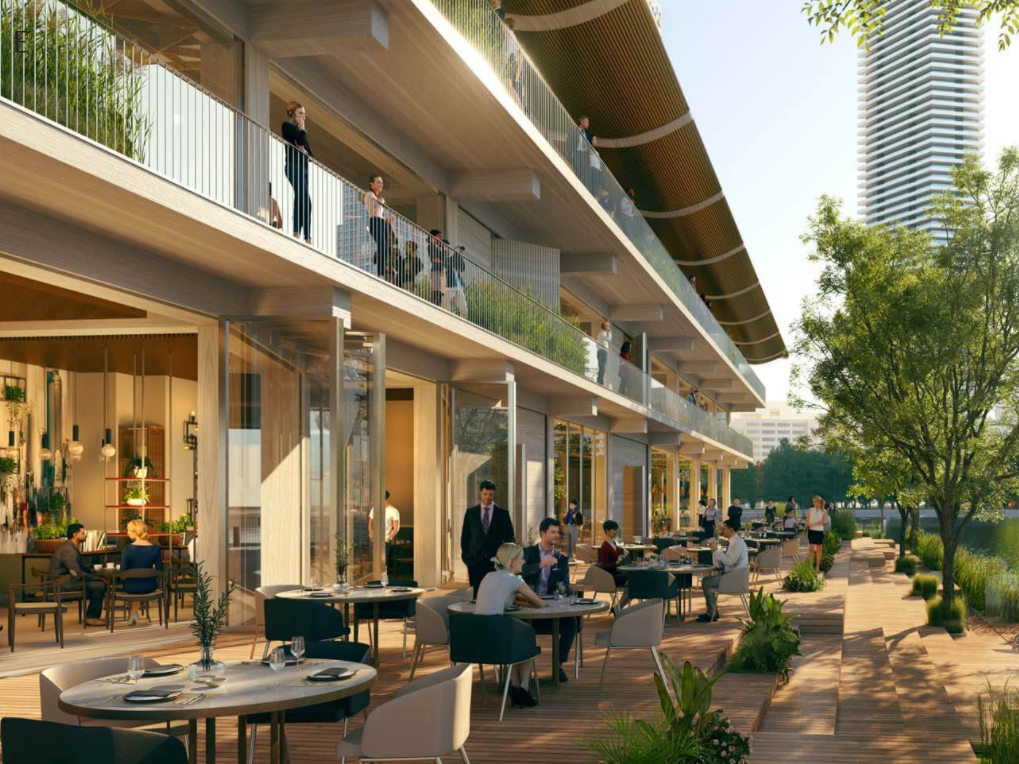 The floating foundations was actually completed in Zaandam, and had to be towed nearly 50 miles to its new spot near Rotterdam. 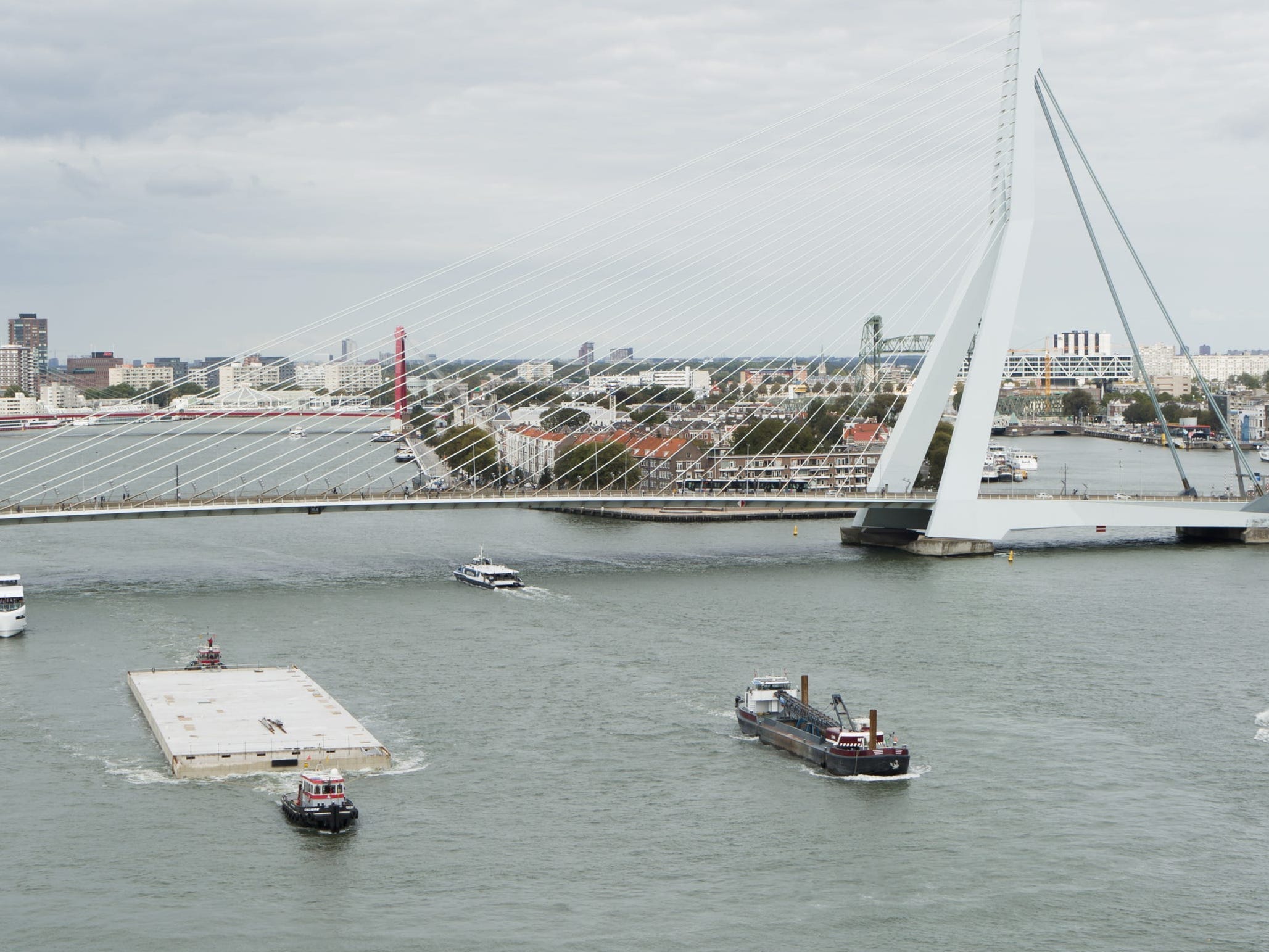 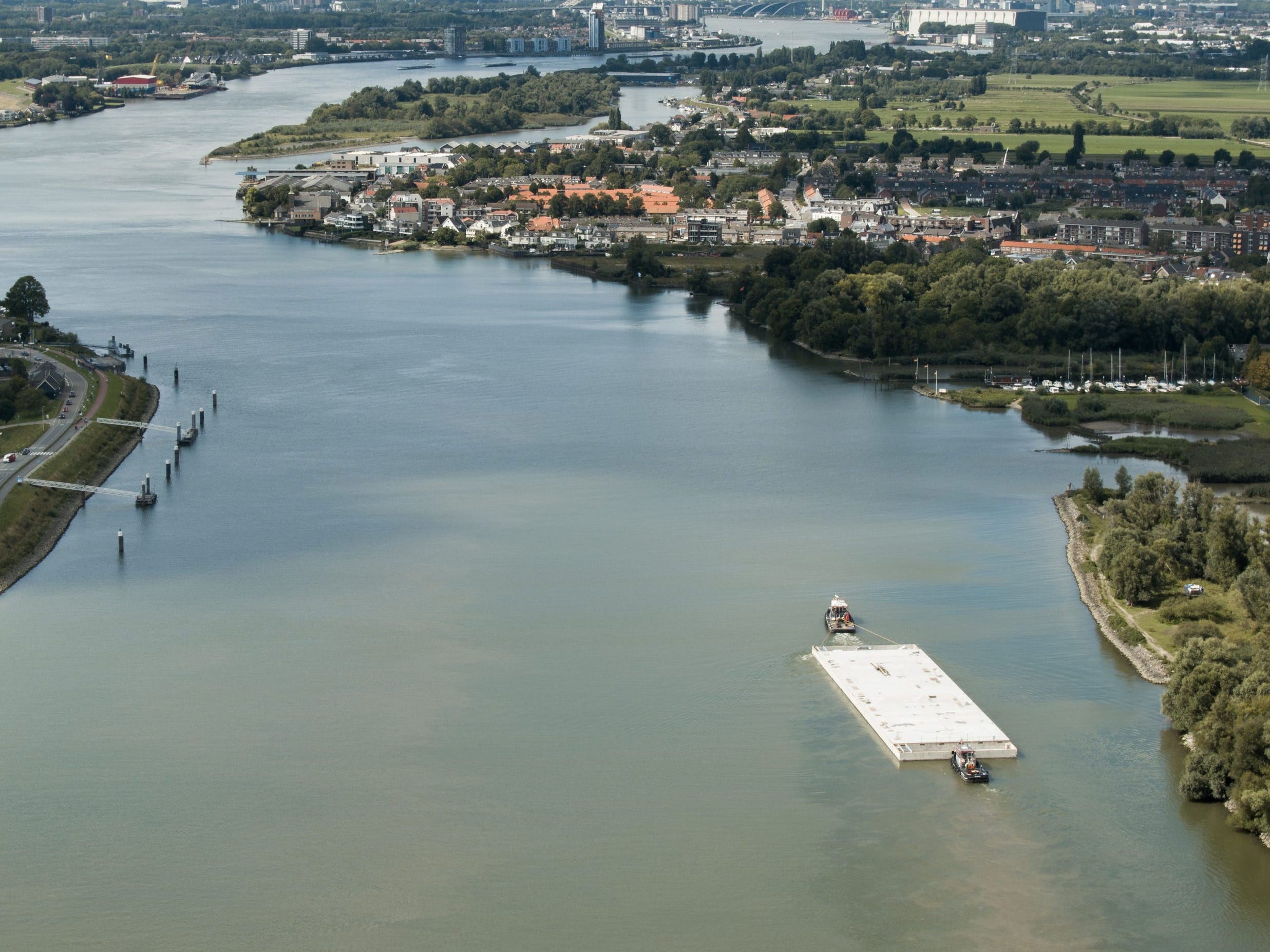 Designers call it “climate resilient,” as it shows one possible way architecture might change in the future as society is forced to confront climate change. 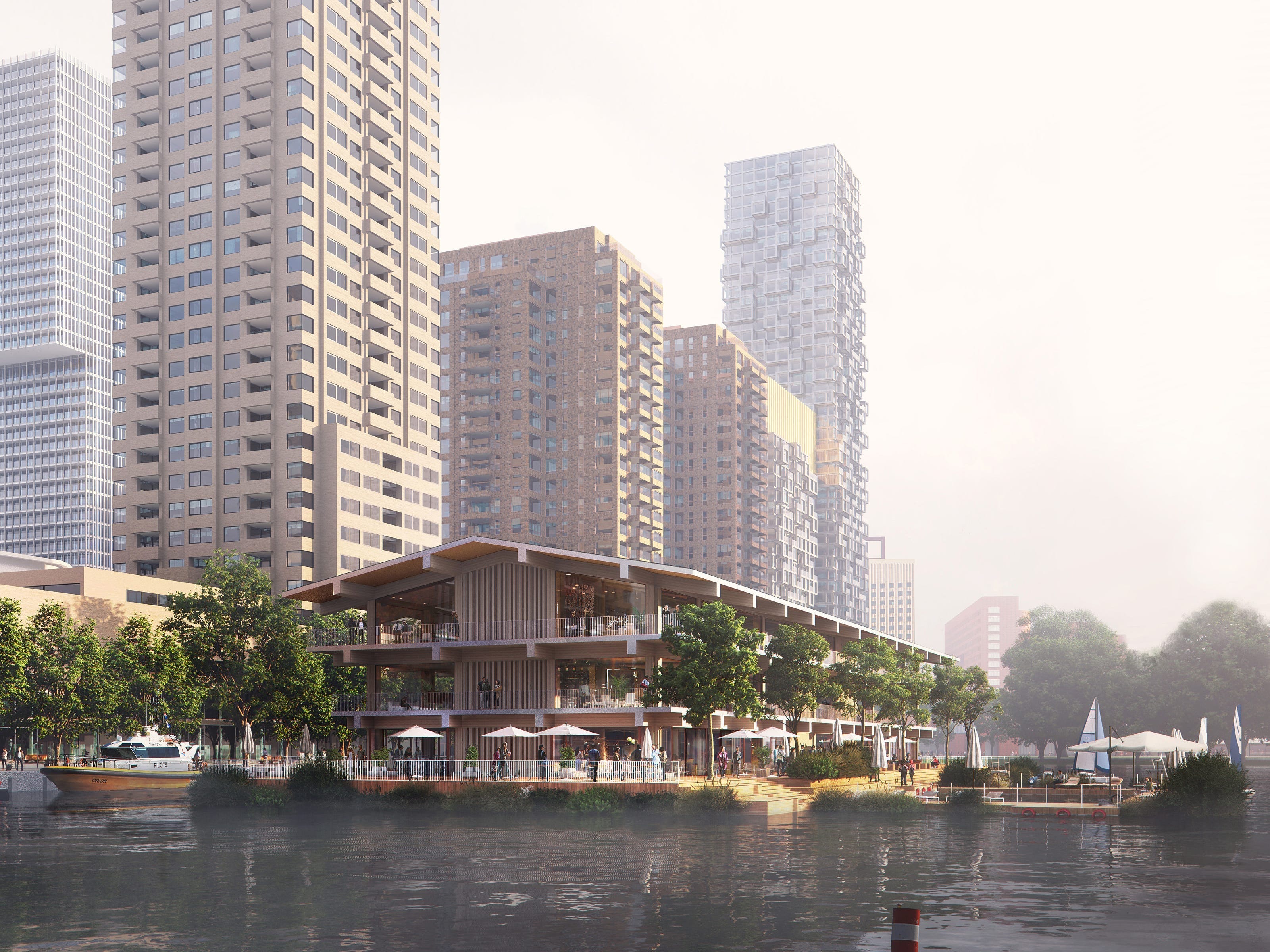 As sea levels rise, the office will float, rather than be flooded.

It is also self sustaining, and will remain useable if cut off from power. 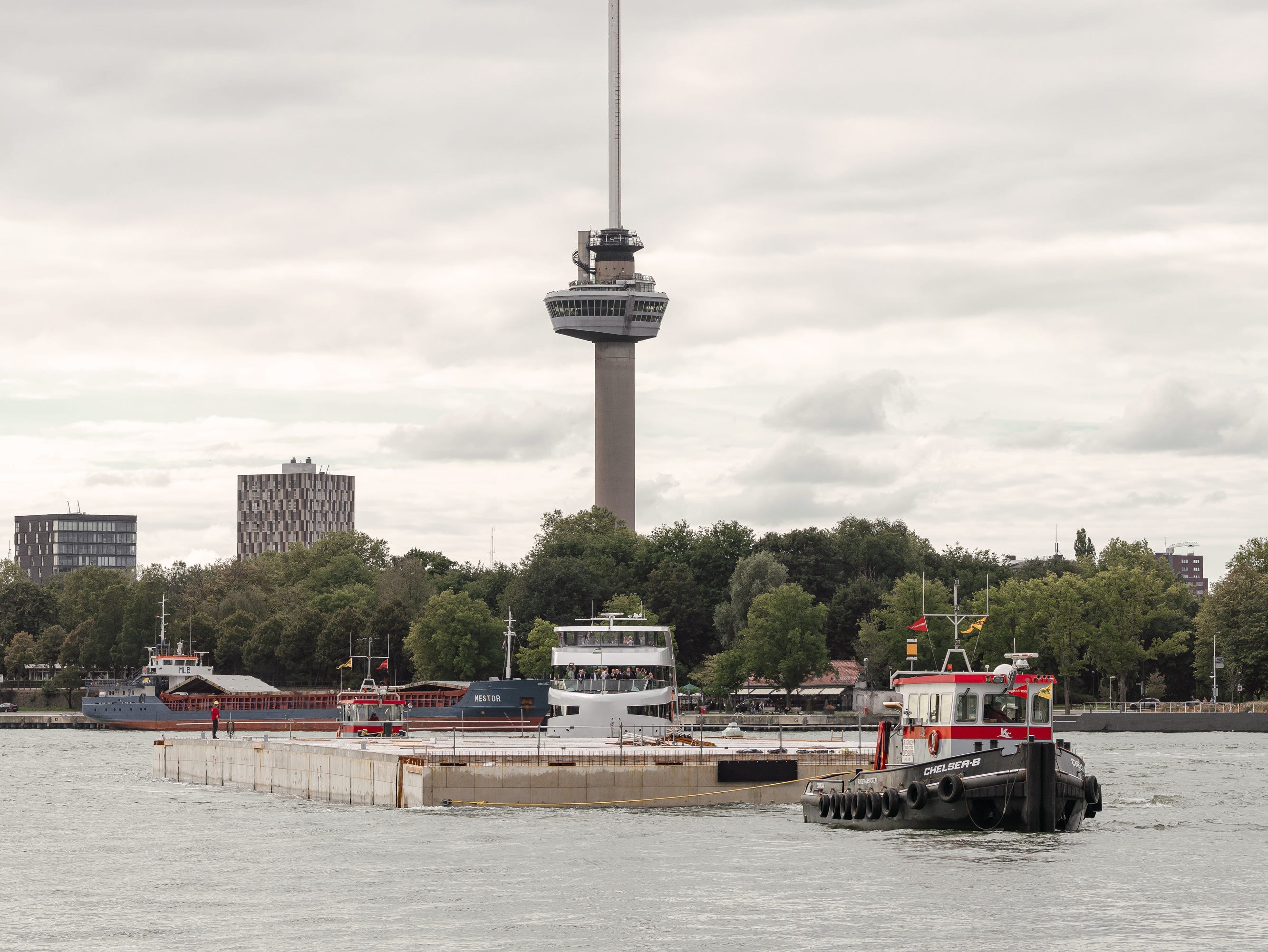 Construction will continue over the next few months. 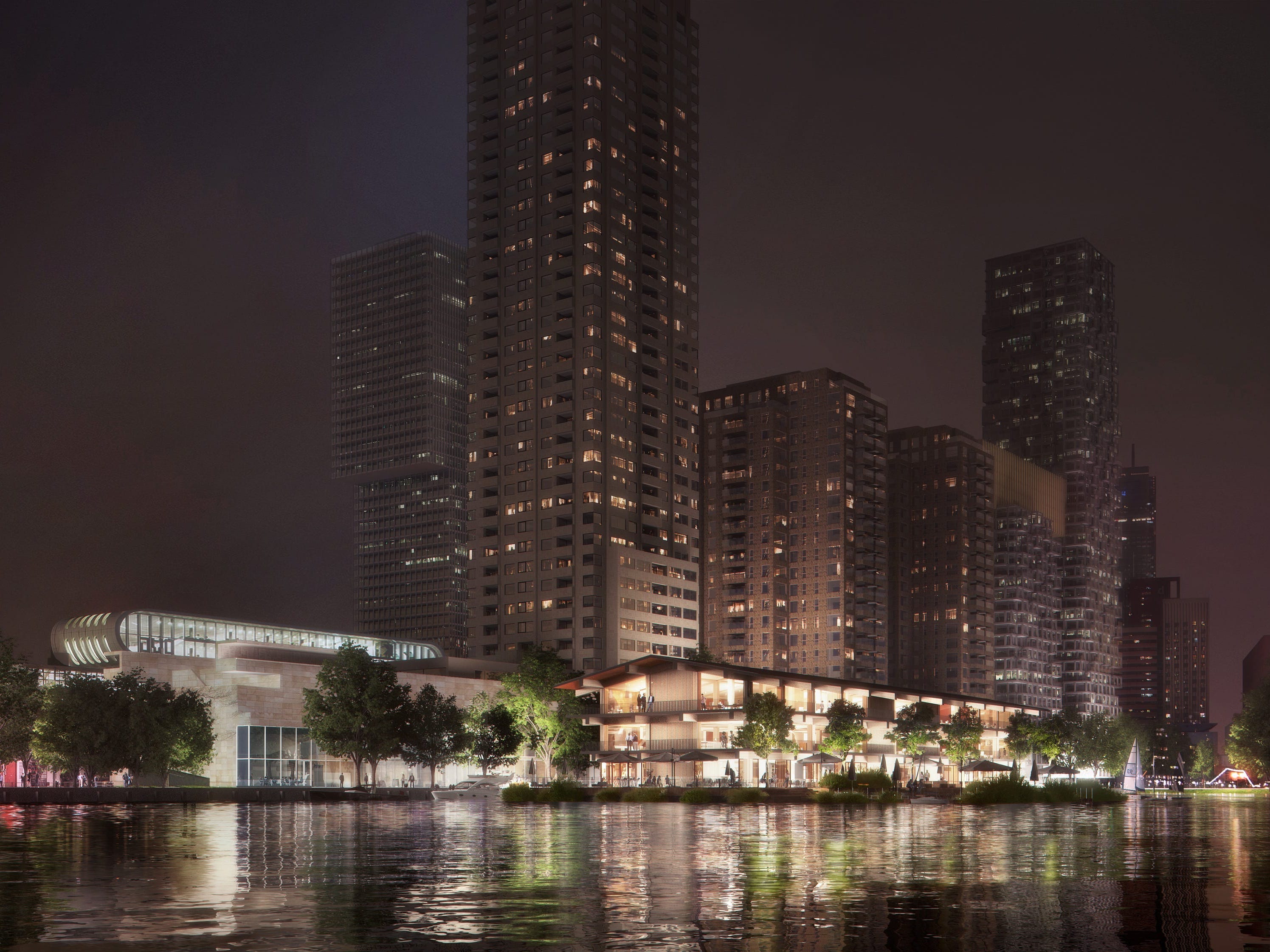