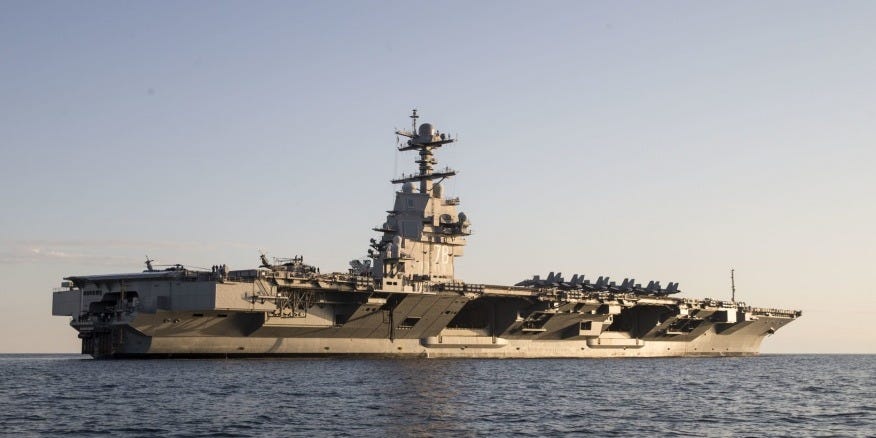 Embarked EMALS experts and members of the crew found a fault in the launch system’s power-handing elements that connect the turbines to the power system for the EMALS. USNI News reports that the problem did not create a safety issue, and the crew, together with General Atomics, eventually came up with a suitable workaround after the system “went down.”

The situation was resolved and the system restored by June 7, as the air wing departed following the largest aircraft embark to date for the Ford, which returned to port Sunday.

While “loss of EMALS curtailed flight operations to some extent,” the Navy said the ship and the air wing “still accomplished significant goals.” 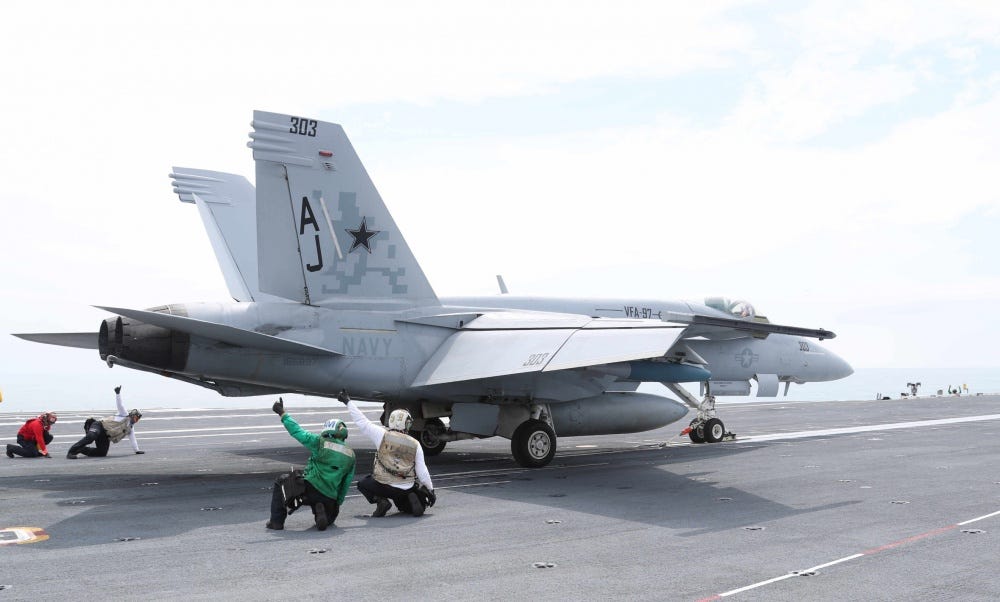 The embark, the Ford’s first time carrying a full air wing, also gave the crew the opportunity to practice moving ordnance using the Advanced Weapons Elevators, only a portion of which are operational after problems with these systems kept the Ford in the post-shakedown availability maintenance period longer than expected last year.

“The ship’s response to these EMALS challenges underscores our ability to identify and to correct issues impacting flight operations quickly. That’s the purpose of the [post-delivery test and trials] phase,” Rear Adm. Craig Clapperton, commander of Carrier Strike Group 12, said in a statement.

“The learning and improvement that results from pushing the systems will make the ship and air wing team better and more effective in future underway events.”

The root problem of the recent breakdown is still unknown,Bloomberg reports, citing an internal Navy document.

President Donald Trump has repeatedly criticised the EMALS on the Ford, although he has not done so recently, arguing in favour of the steam catapults aboard the older Nimitz-class carriers.

Trump first made his thoughts on EMALS crystal clear in an interview with Time magazine shortly after taking office. He said that when he heard they were using the EMALS, he replied: “No, you’re not. You going to goddamned steam.”

Trump has made a number of disparaging remarks about the launch system during his time in office, calling it “ridiculous” and arguing that “you have to be Albert Einstein to really work it properly” due to its complexity.