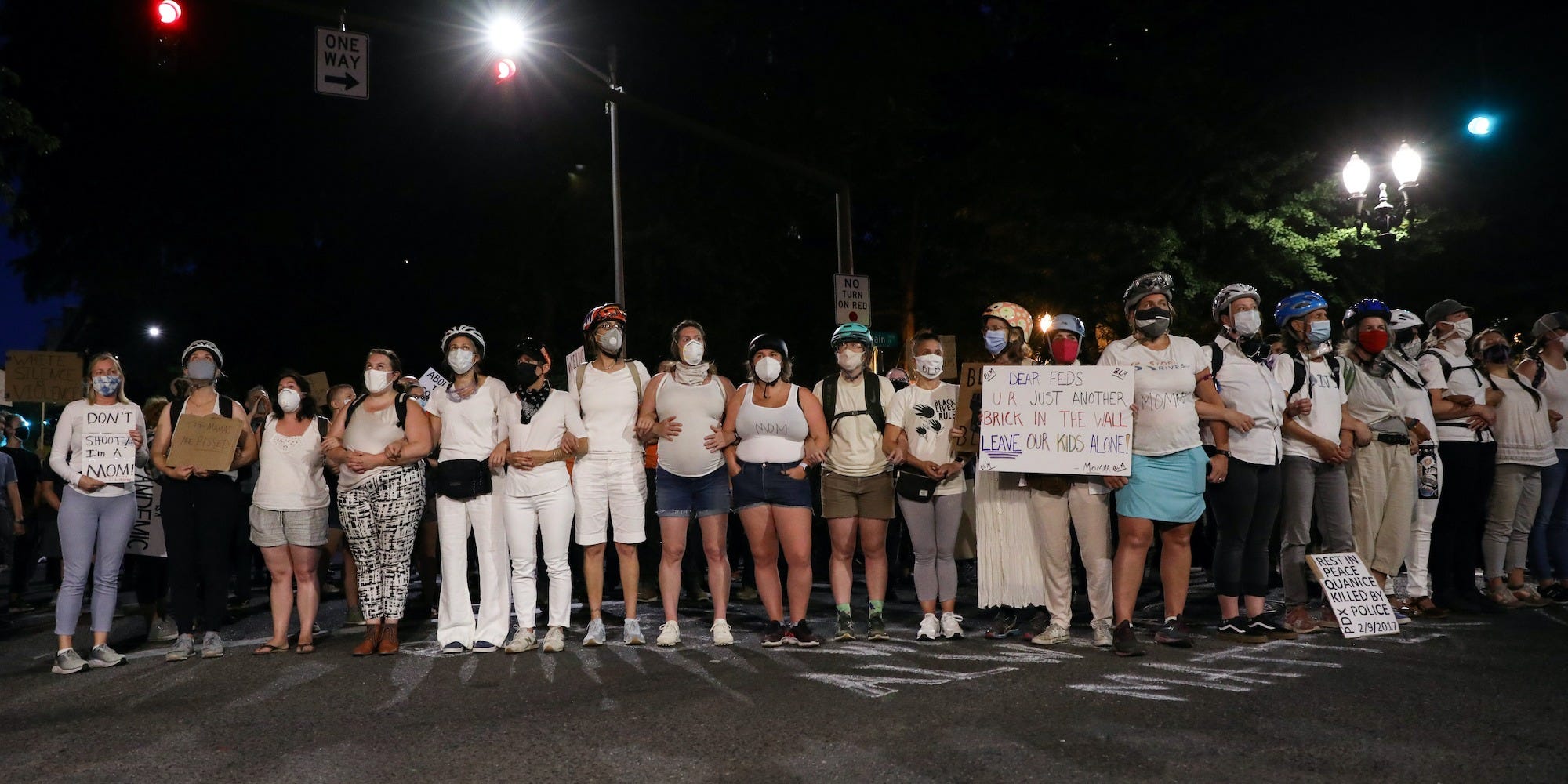 Caitlin Ochs/ReutersA group of women demonstrate outside the Justice Centre in Portland, Oregon, during a protest against racial inequality on July 18, 2020.

A group of about 30 women gathered in Portland, Oregon on Saturday and Sunday night to form a human chain – or “Wall of Mums” – to protect Black Lives Matter protesters from federal agents.

The leader of the group, Bev Barnum, told BuzzFeed News she was spurred to action by the recent reports of unidentified federal agents apprehending protesters in the street and forcing them into unmarked cars.

Incredible scene in Portland right now. A group of Moms are chanting, “Feds stay clear! Moms are here!” at the federal courthouse.

But local officials say that the federal agents have been overstepping their authority, and are only making the violence worse.

Barnum created her Facebook group on Friday, and the group gathered to protect protesters on Saturday and Sunday night outside the federal courthouse in downtown Portland.

Jesus Christ feds came out of the courthouse in Portland and fired a flash bang at the moms against police brutality. At least one of these mothers is pregnant.

They chanted “Mums are here, feds stay clear” and held up signs with messages like “Angry mama bear BLM” and “Mums are pissed.”

On Saturday, the women wore all-white outfits, and bike helmets for safety. Barnum said she hoped their non-threatening appearance would keep federal agents from confrontations with the protesters.

“We could tell by their body language. There were two federal officers in front of us that seemed to say: ‘We don’t want to shoot ya’ll,'” Barnum added. 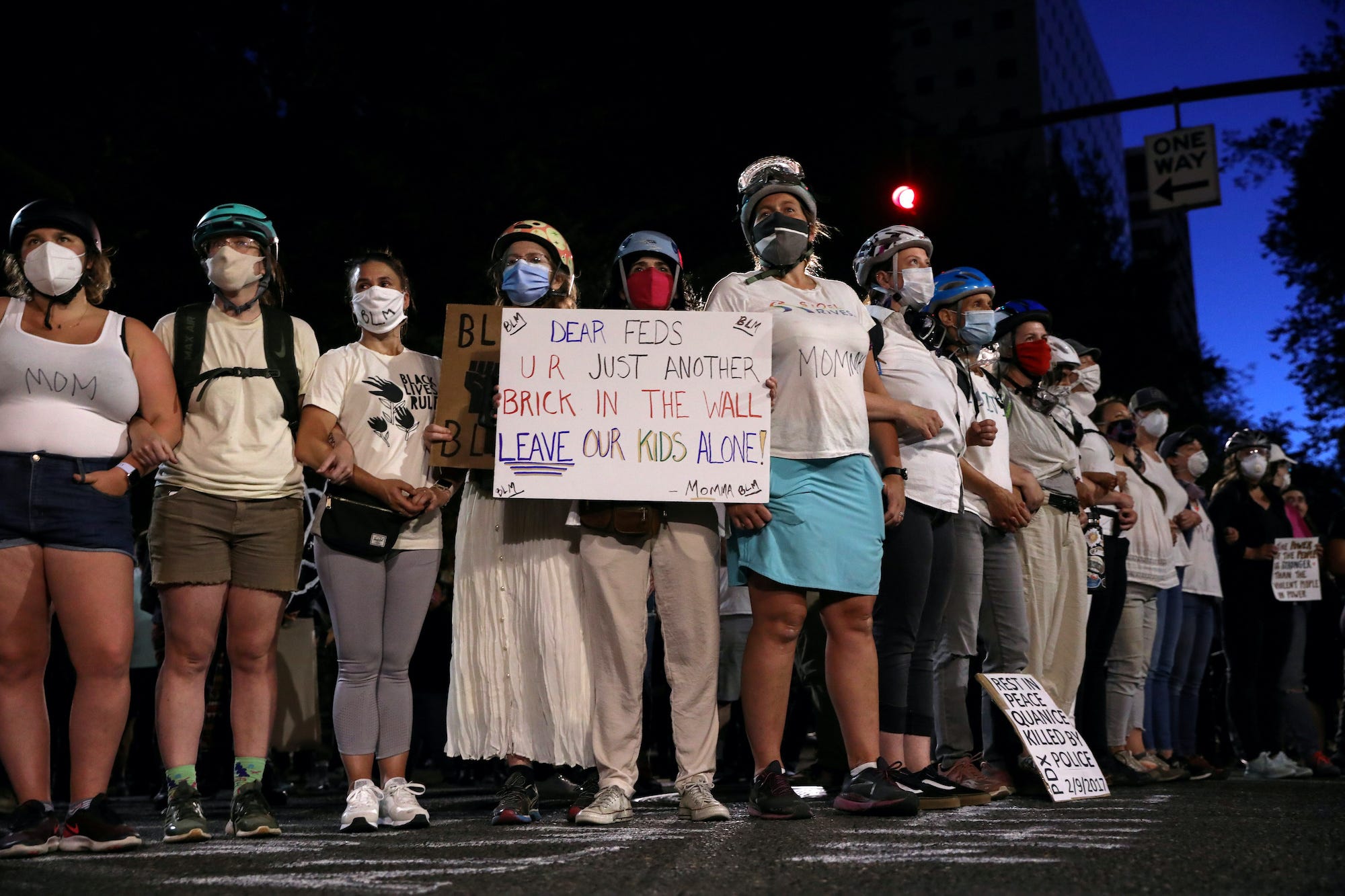 Caitlin Ochs/ReutersMembers of the group were exposed to tear gas Saturday night.

But the peace only lasted so long. Around 10:45 p.m. on Saturday, federal agents started using flash-bang devices, batons, and tear gas to disperse the crowd.

The women’s protest ended shortly after some of their members had been exposed to tear gas.

However, they returned on Sunday night, and plan to continue participating in the demonstrations going forward.

“We’ll be out until no protester needs protecting,” Barnum said.