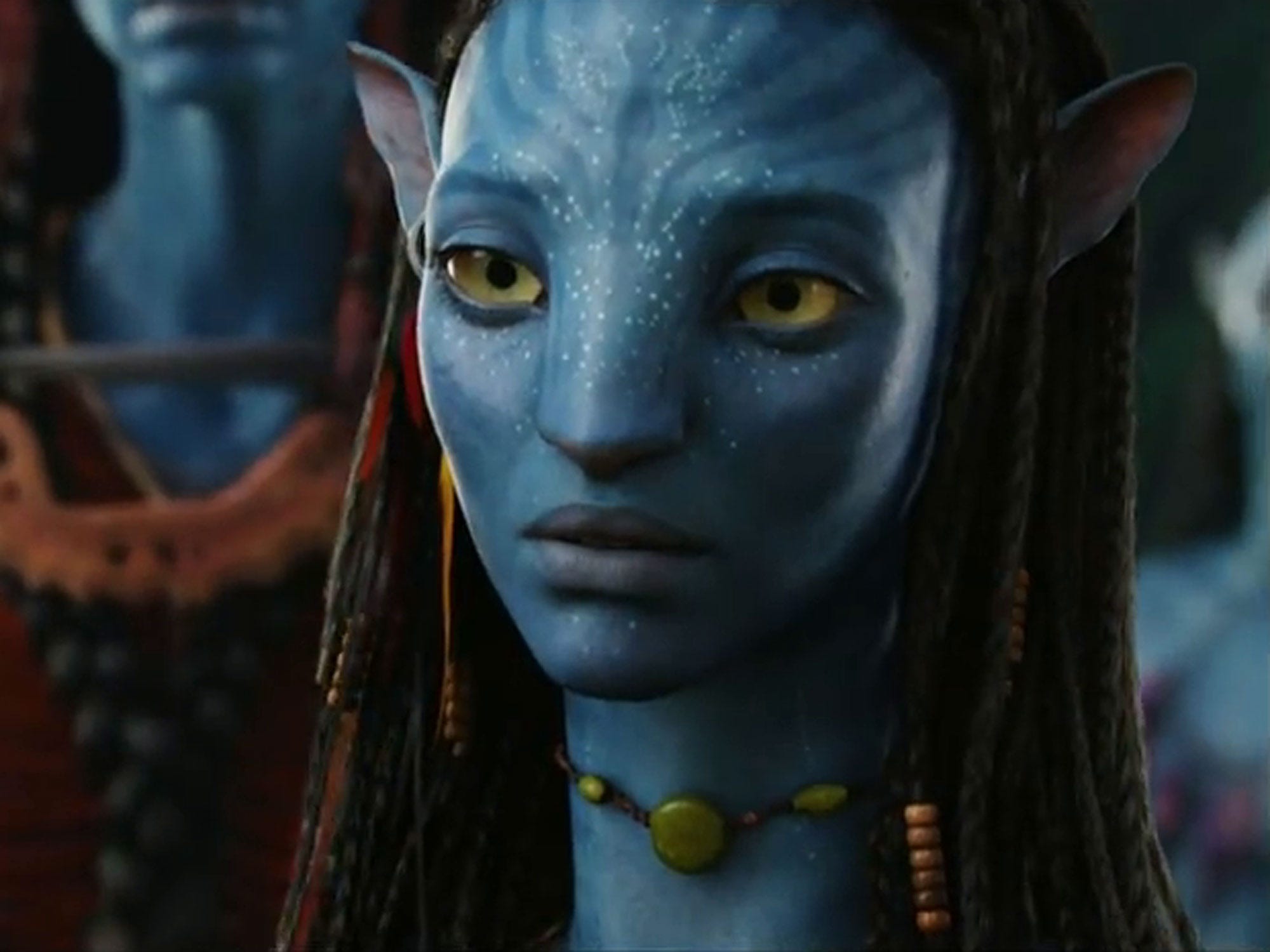 20th Century Fox; Media Magik Entertainment/YouTubeAlthough it broke records, 2009’s ‘Avatar’ has been forgotten by many.

Many great films can stand the test of time – even if they feature flip phones.

But there are plenty of films that were once regarded as groundbreaking classics that, after a few years (and in some cases, a few decades), have been rendered nearly unwatchable for a variety of reasons.

From simply being forgotten to containing inappropriate jokes and stereotypes, here are 10 beloved movies that have not aged well. 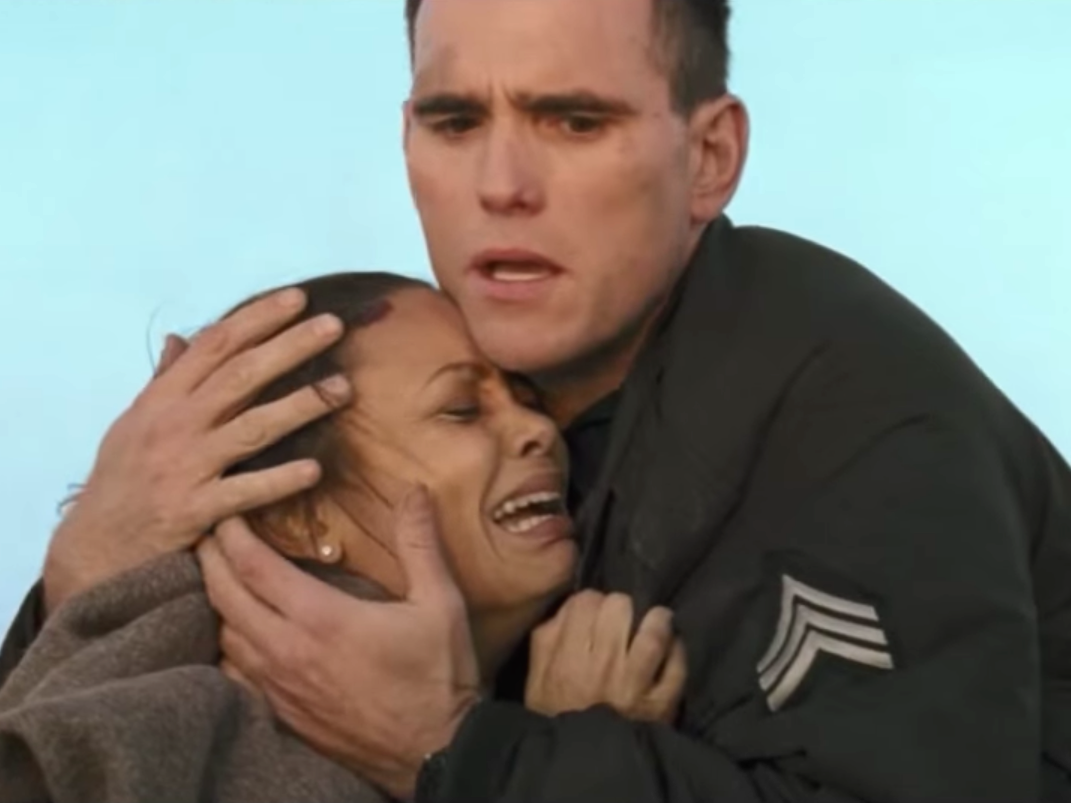 At the time of its release, “Crash” received relatively positive reviews and it even went on to win the Oscar for best picture, among other awards.

But thanks to the film’s high profile during its awards season, the backlash didn’t take long to build, especially because many argue the film didn’t deserve its best-picture award – many argued that “Brokeback Mountain” deserved to win instead.

In addition, some critics feel the film’s examination of racial conflict has not stood the test of time. In 2016, Tim Grierson wrote for The New Republic that the film offensively “reduced a societal ill to a narrative device.”

Although it was a hit upon its initial release, “Avatar” (2009) has since been called out by many for being racist. 20th Century Fox‘Avatar’ was called out for its ‘white saviour’ complex.

“Avatar” came with two big draws that got people to the theatre. First, it demanded to be seen in 3D. Second, it was the first movie legendary director James Cameron had released since 1997’s “Titanic.”

Unfortunately, per Forbes, the film has left “no pop culture footprint” despite its overwhelming $US2.7 billion box-office success, even though Disney has rides themed after the film and multiple sequels to it are in the works.

And following its release, many called out the film for its “white saviour” complex, meaning it depicts a leading white character saving people of colour from situations they are unable to save themselves from.

This might not be such a far stretch considering the movie is about a white man who visits a foreign land to save an indigenous group of people which is, in this case, an alien race.

In addition, in 2009, Annalee Newitz of Gizmodo wrote that the film was “the latest scifi rehash of an old white guilt fantasy,” explaining that film is about “a white guy [who] manages to get himself accepted into a closed society of people of colour and eventually becomes its most awesome member.”

Many have called out “Breakfast at Tiffany’s” (1961) for being racist. 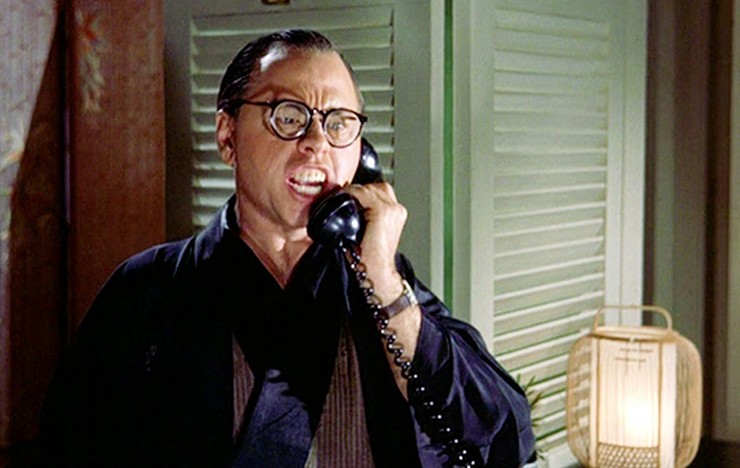 Paramount‘Breakfast at Tiffany’s’ features a white actor as a heavily stereotyped Asian character.

This beloved romantic comedy leaves a sour taste in the mouths of many these days because it features one of the most racist depictions of an Asian character in film history.

In 2010, Matthew Fleischer of Adweek wrote that “Breakfast at Tiffany’s” is “the most inconspicuously racist movie of all time.”

In the movie, the late Mickey Rooney, a white actor, portrayed the Asian character Mr. Yunioshi. And, while in character, Rooney did an exaggerated accent and had his eyelids taped.

Years later, in 2008, Rooney told Deseret News that it “breaks [his] heart” that people find issue with the movie.

“Never in all the more than 40 years after we made it – not one complaint,” he continued. “Every place I’ve gone in the world people say, ‘ … you were so funny.’ Asians and Chinese come up to me and say, ‘Mickey you were out of this world.'”

Some people have called out “Sixteen Candles” (1984) for its problematic portrayals of rape and racism. 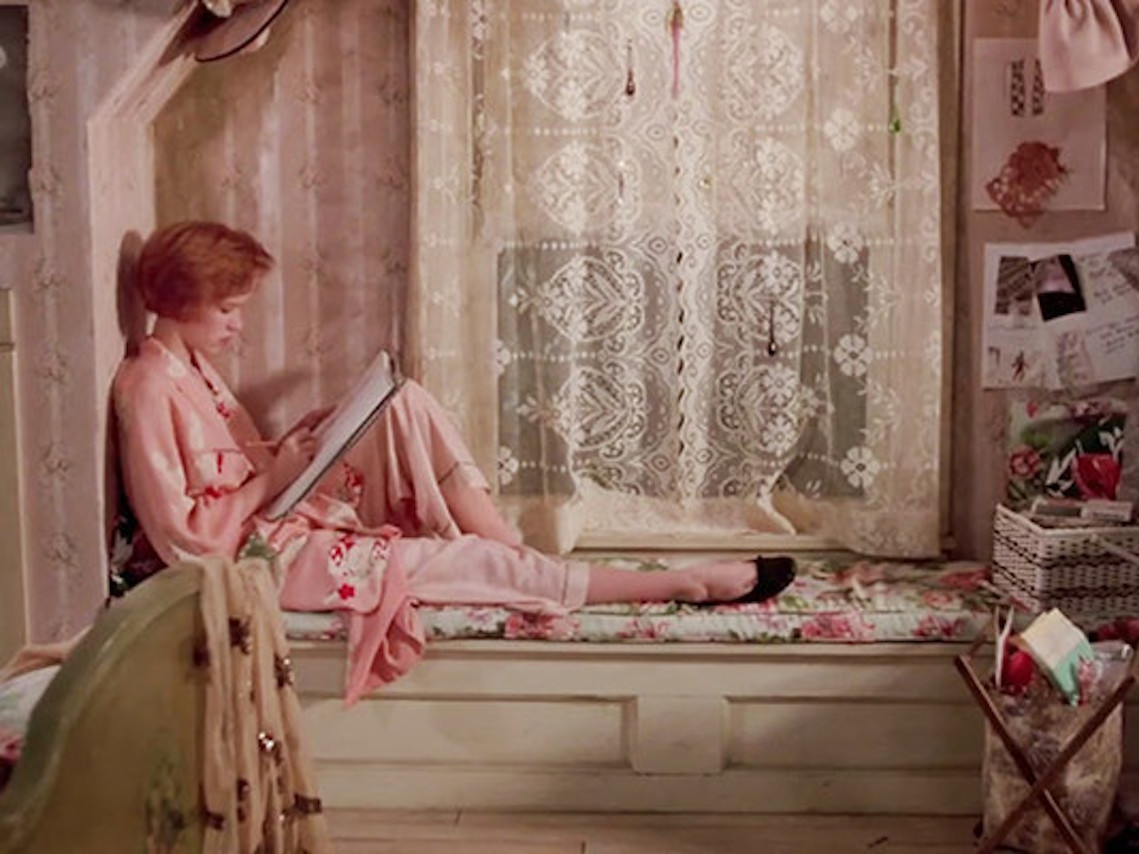 This John Hughes film launched Molly Ringwald’s career and defined parts of the culture of the ’80s. But even though the film is a favourite of many, it has a lot of disturbing elements that have not stood the test of time.

Firstly, the minor character Long-Duk Dong, a Chinese foreign-exchange student, has been dubbed an offensive, “racist caricature” by some critics, who have also pointed out that every mention of his name is followed by the sound of a gong, an instrument with roots in China.

Plus, there is a scene in which a character, Farmer Ted, violates an intoxicated young woman who is in no condition to consent. To make it worse, Farmer Ted is egged on to do so by the woman’s boyfriend.

Years later, even the movie’s star, Ringwald, acknowledged the rape culture portrayed in the film.

Some noted that “Revenge of the Nerds” (1984) has a questionable portrayal of stereotypes and rape culture. 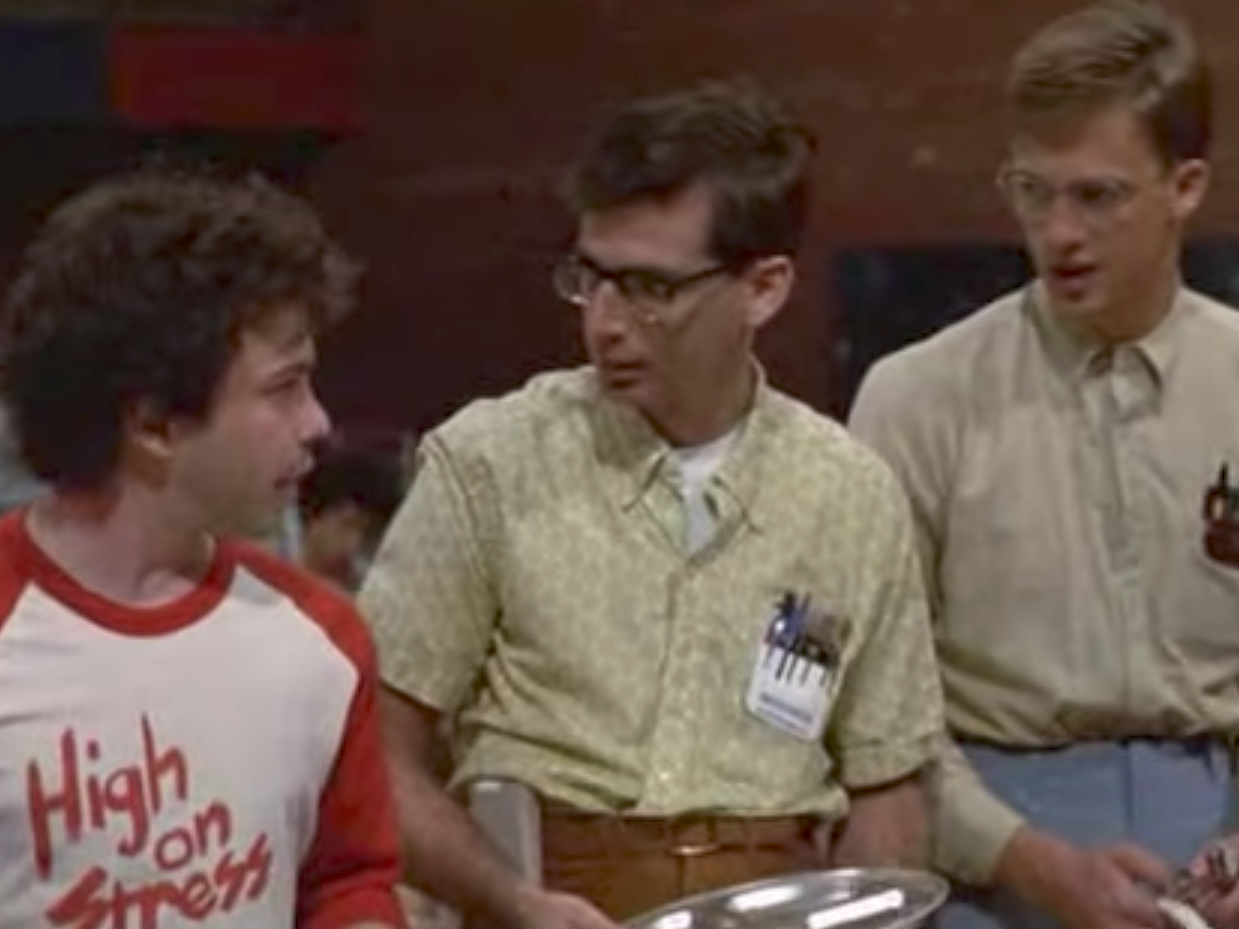 20th Century FoxSome critics pointed out that “Revenge of the Nerds” has some off-putting moments.

Many admired this film for helping nerds feel “seen” in Hollywood because, for once, they weren’t reduced to a stereotypical side character who is the butt of every joke.

Unfortunately, many feel the movie has also left behind a disturbing legacy due to the rape culture, racism, and homophobia it seemed to condone.

One nerd, Lewis, tricks a woman named Becky into having sex with him by stealing her boyfriend’s Halloween costume and pretending he is the man she is having consensual sex with – and people have pointed out that this is rape by deception. The nerds also sell naked photos of Becky.

Like many other ’80s films, the Asian character who can barely speak English is present to propagate stereotypes and to be the butt of many jokes.

On top of that, the character Lamar is written with a lot of overly feminine gay stereotypes that are used to define him and constantly make him “the punchline to the joke.”

Critics and audiences have called out “Indiana Jones and the Temple of Doom” (1984) for its racist stereotypes. 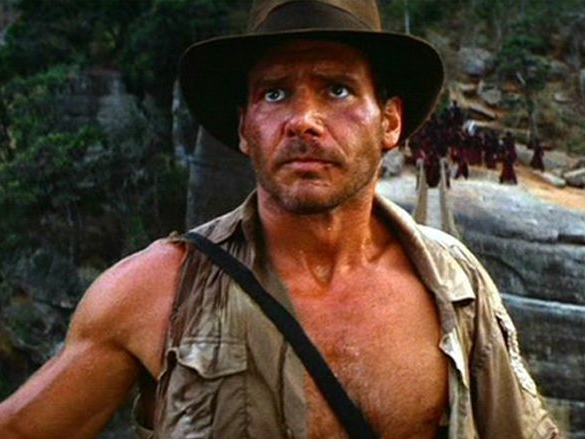 Lucasfilm/Indiana Jones and the Temple of Doom screenshotHarrison Ford stars in the film.

The sequel to the groundbreaking classic “Raiders of the Lost Ark” is unwatchable for some due to the “racially insensitive” scenes (like the one where villagers eat monkey brains and fried bugs) and racial stereotypes that appear consistently throughout the film.

“Every element of Indian and Hindu culture depicted here is a bastardization or outright falsehood of very real people and their lives. The stereotypes created here are part of a depressing lineage of othering Indians and East Asians in pop culture, making them insidious or untrustworthy or simply the subject of mockery,” wrote Kayleigh Donaldson for SyFy Wire in 2018.

Per The Take, at the time of the film’s release, it was banned in India because the government reportedly found the material to be racist and offensive.

Some people are now looking at “American Beauty” (1999) in a different light. 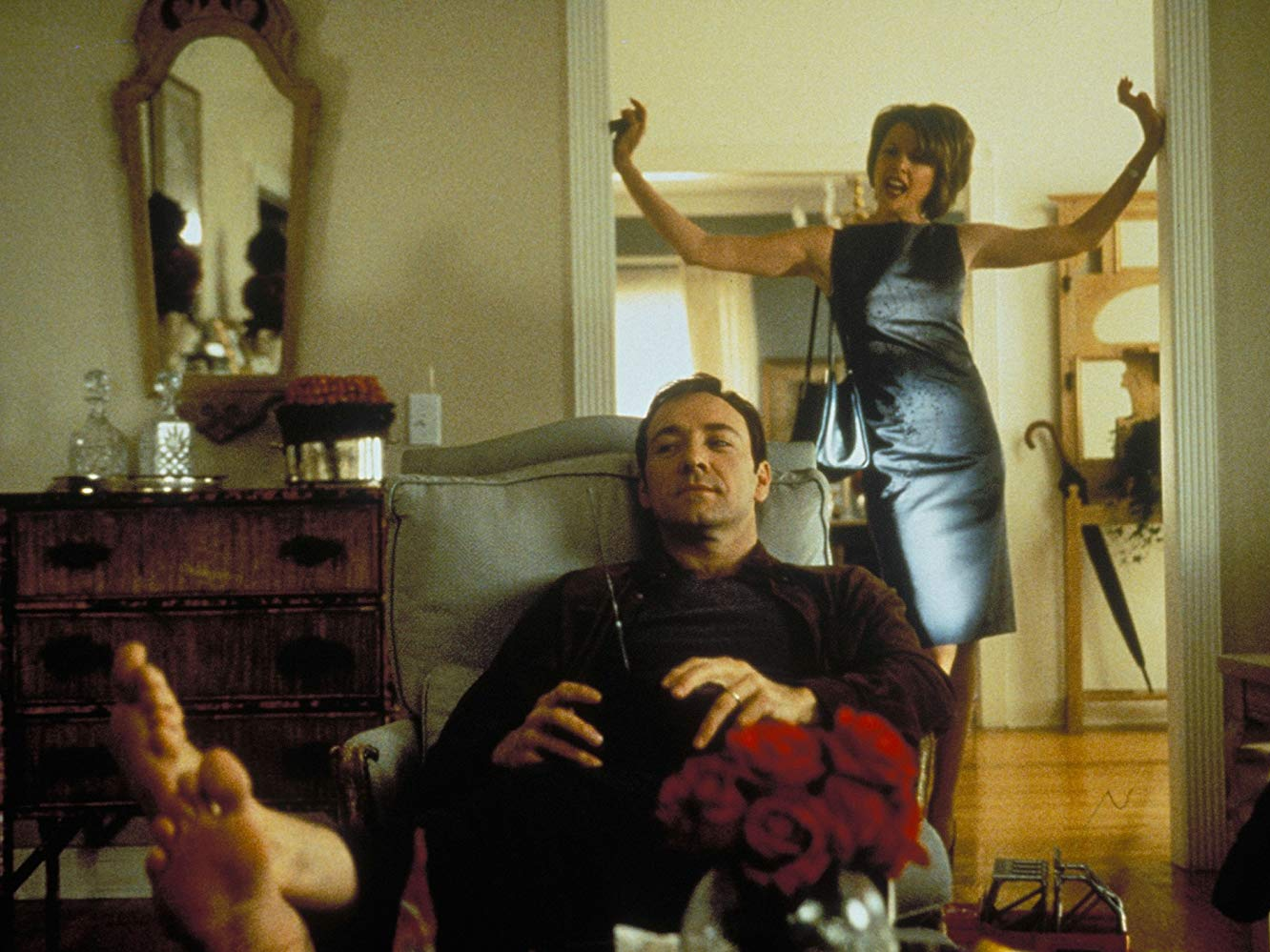 In 2017, Kevin Spacey had multiple sexual assault allegations made against him and these allegations include incidents of sexual misconduct with minors. So many are now viewing this movie in a different light.

“‘You can’t help but feel, ‘Great, now we have this stain on the film,'” Thora Birch, one of the stars of “American Beauty,” told the Hollywood Reporter’s “It Happened in Hollywood” podcast in 2019, referencing the allegations made against Spacey. “But no – [the stain] shouldn’t be on the film. Who’s to blame? It’s Kevin. It doesn’t have anything to do with ‘American Beauty.'”

Some also have said they don’t feel “American Beauty” has aged well because of its overall questionable sexual politics and sexualization of children.

“Gone With the Wind” (1939) has been called out for its portrayal of slavery. 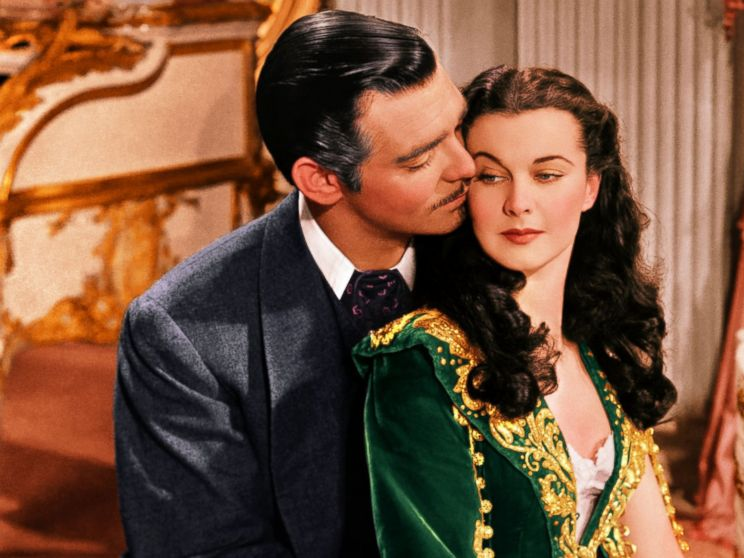 MGM‘Gone With the Wind’ is a famous film.

“Gone With the Wind” is considered to be an ambitious movie that changed cinema even though it has issues that many have pointed out over the years.

Many critics and audiences have called out the film for glossing over the harsh realities of slavery while romanticizing the Confederacy, a collection of states in America that fought for the right to continue to own enslaved people in the 1860s. 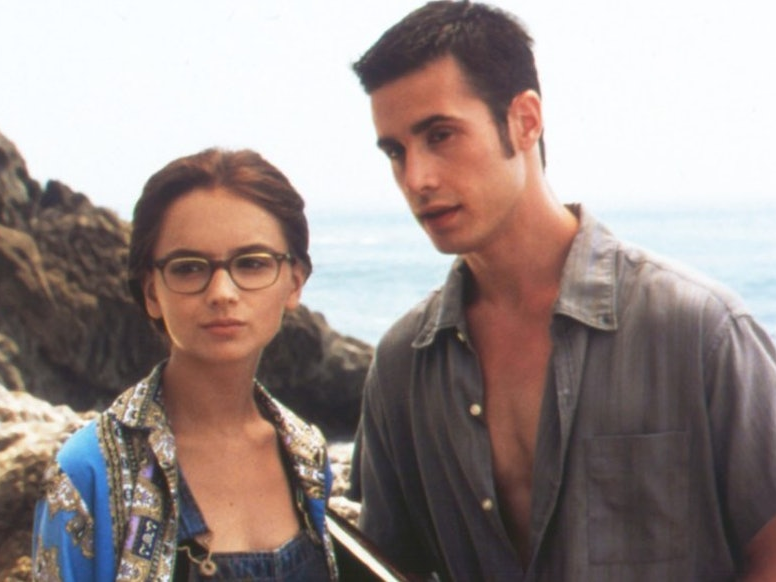 This romantic comedy is a ’90s classic about a guy who makes a bet that he can turn an “unattractive girl” into a beautiful prom queen.

The film’s main character, Laney Boggs (Rachael Leigh Cook), is teased about her personality and looks and she completely changes both of those things to impress a man (Freddie Prinze Jr.).

This is portrayed as being romantic but many have pointed out that it is “degrading” how a man’s standards for beauty and his perception of how a woman should behave are at the centre of this romance.

And even though the movie is still beloved, many have pointed out that its message can be problematic, especially for young women.

In addition, in one scene, a male character attempts to sexually assault a female after prom and it’s simply played off as a joke.

“Chasing Amy” (1997) has been criticised for spreading harmful stereotypes about being gay. 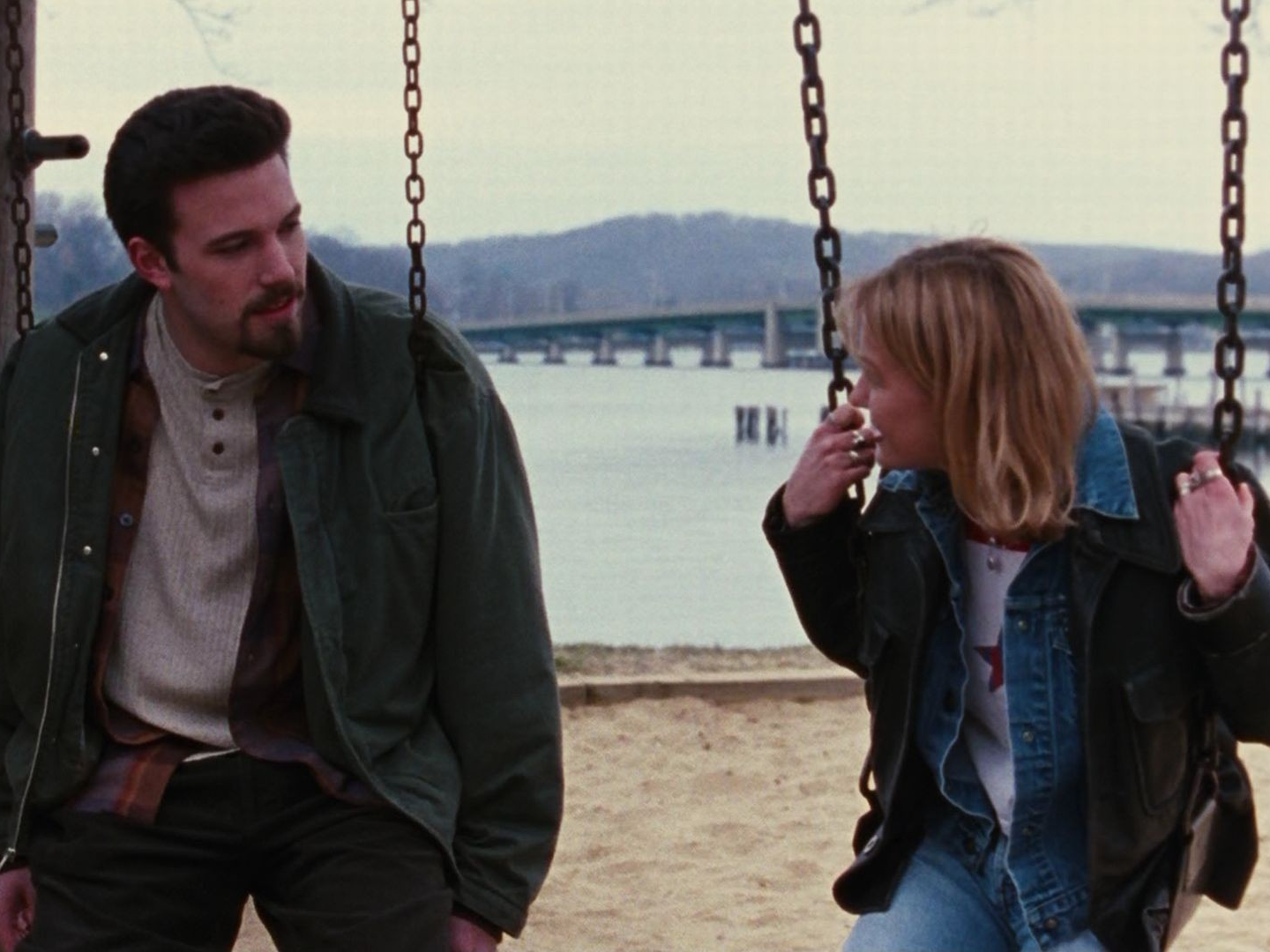 Miramax‘Chasing Amy’ has been criticised for its portrayal of sexuality.

Writer and director Kevin Smith dominated the ’90s indie-comedy scene. His work was known for being edgy, honest, and vulgar, which really stuck with audiences. Some feel “Chasing Amy” is all of those things, but not necessarily in a good way.

The driving plot of the film involves a man (Ben Affleck) romantically pursuing a woman who is openly a lesbian. He spends the entire movie telling her they can’t just be friends all the while not respecting her sexuality.

“Ultimately, the film assumes that a lesbian can go straight, even if just for a little while, as soon as the right guy comes along,” wrote Shannon Keating for BuzzFeed in 2017. This, as many have pointed out, is a harmful stereotype.

Some also accused the film of bisexual erasure because many felt the film featured characters who identify with this sexuality meanwhile the idea that this sexuality exists is never addressed.

A few years later, Affleck would go on to star in yet another film in which his character tries to “turn a lesbian straight” in 2003’s “Gigli.”