AP Photo/Seth Wenig/McDonald’sSiba, the poodle who won the Westminster Dog Show, is addicted to McDonald’s.

On the night before the Westminster Dog Show, many of the competing pups get to enjoy a few luxurious treats. Sleeping on a Manhattan hotel bed perhaps, or a plate of filet mignon from room service.

But Siba, the standard poodle who took home the prestigious competition’s top prize on Tuesday night, is perfectly happy with some McDonald’s.

In fact, Siba ate a McDonald’s chicken sandwich before she was crowned Best in Show.

“She had McDonald’s for dinner,” Crystal Murray-Clas, Siba’s handler, told Insider after she won. “She’s addicted.” 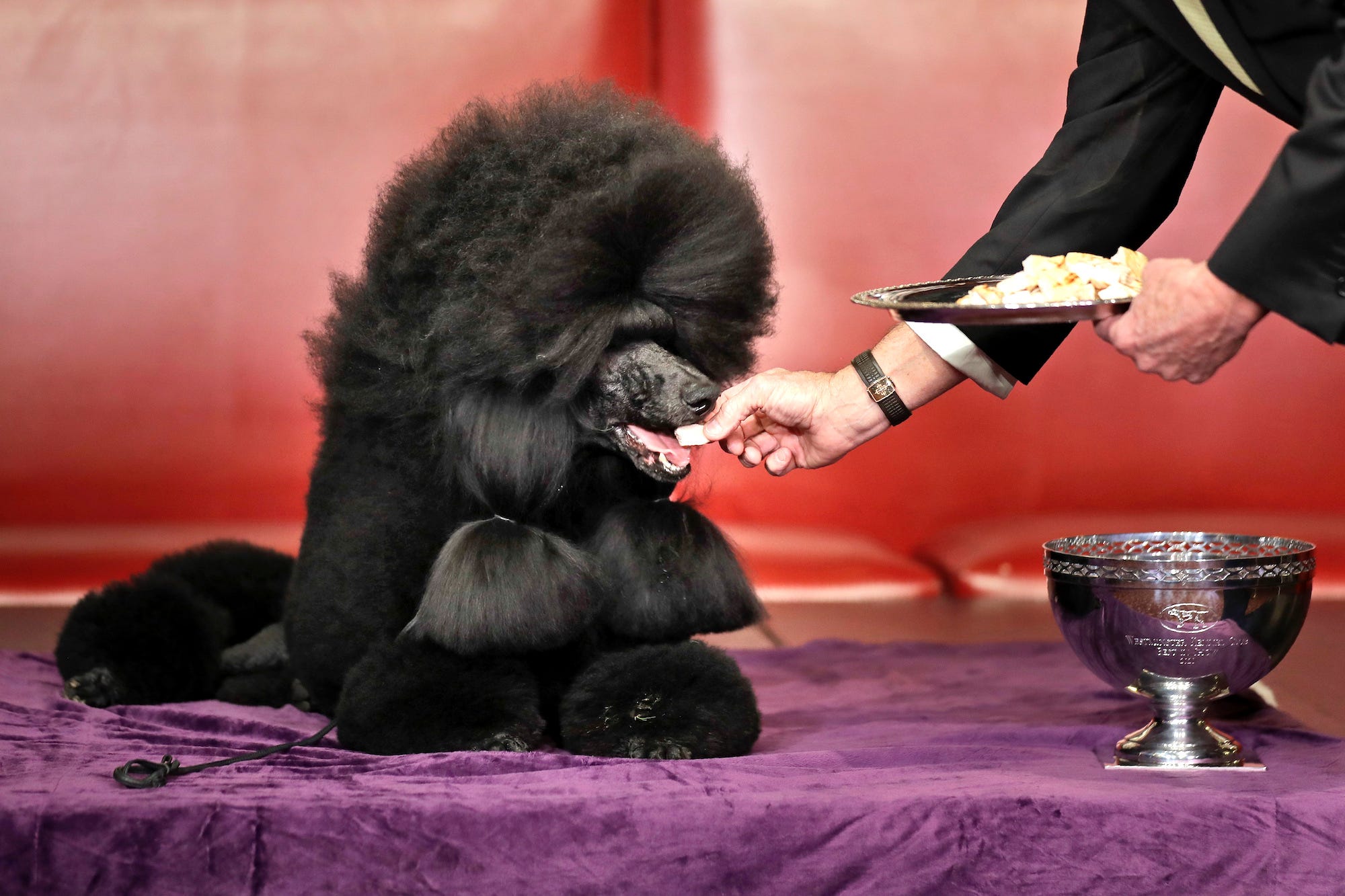 When it comes to food, chicken is the only thing that makes Siba’s heart sing.

Siba’s handler Crystal Murray-Clas said the poodle chowed down on McDonald’s chicken sandwiches before she won the best of her group at Madison Square Garden on Monday night, which earned her spot in the finals

“Before groups, I ran over to the McDonald’s across the street and picked up two plain chicken burgers,” he added. “I bring the sandwiches over, I cut them up really good, and into the ring she went. McDonald’s is a good place to get chicken in a pinch.”

And while Siba may now be America’s top dog, Clas doesn’t expect her tastes to change. 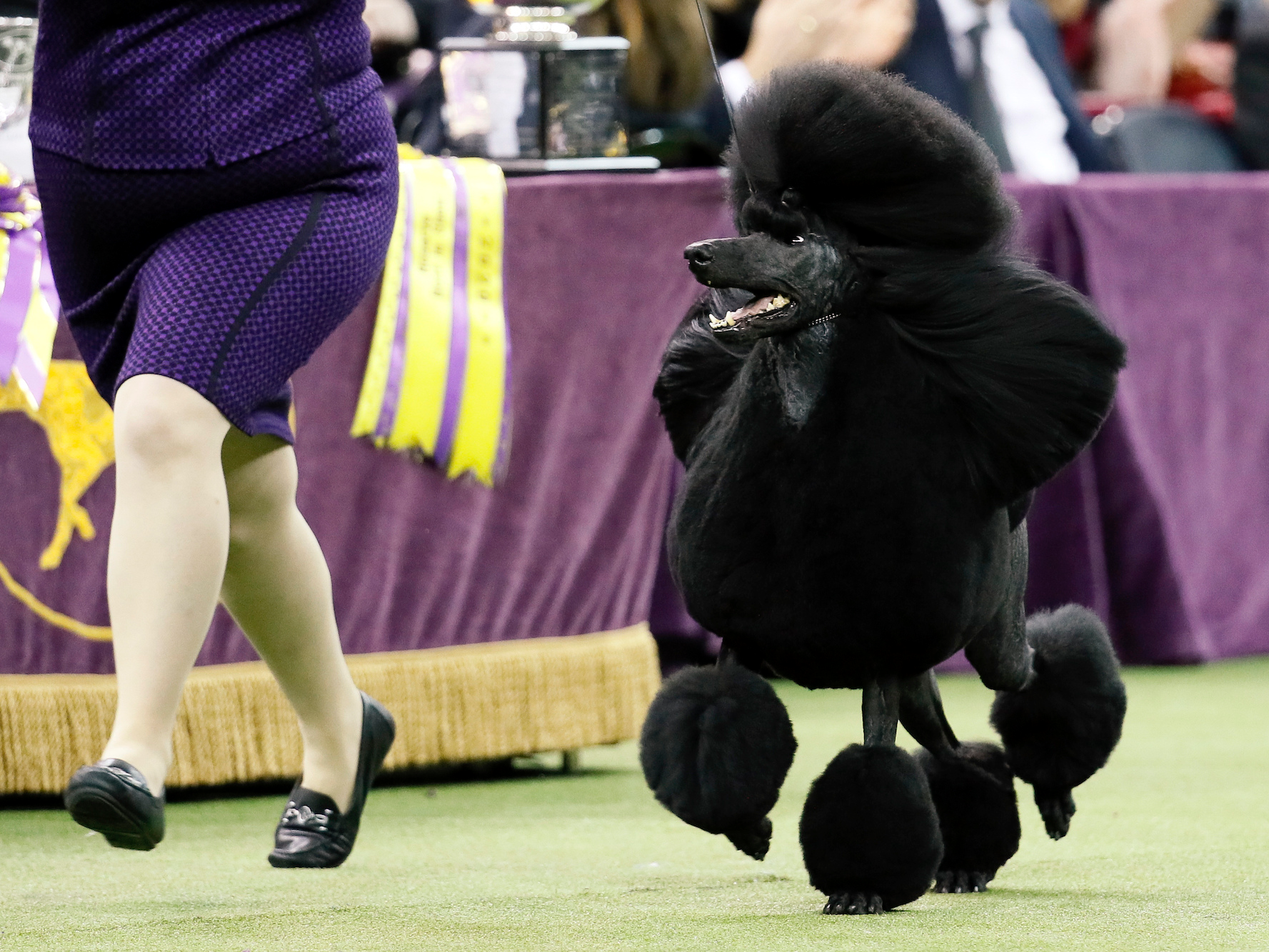 AP Photo/John MinchilloSiba competes for Best in Show during the 144th Westminster Dog Show on February 11, 2020, in New York.

Murray-Clas said the win was “overwhelming.”

“This is the ultimate goal,” she added. “I’m just beyond pleased.” 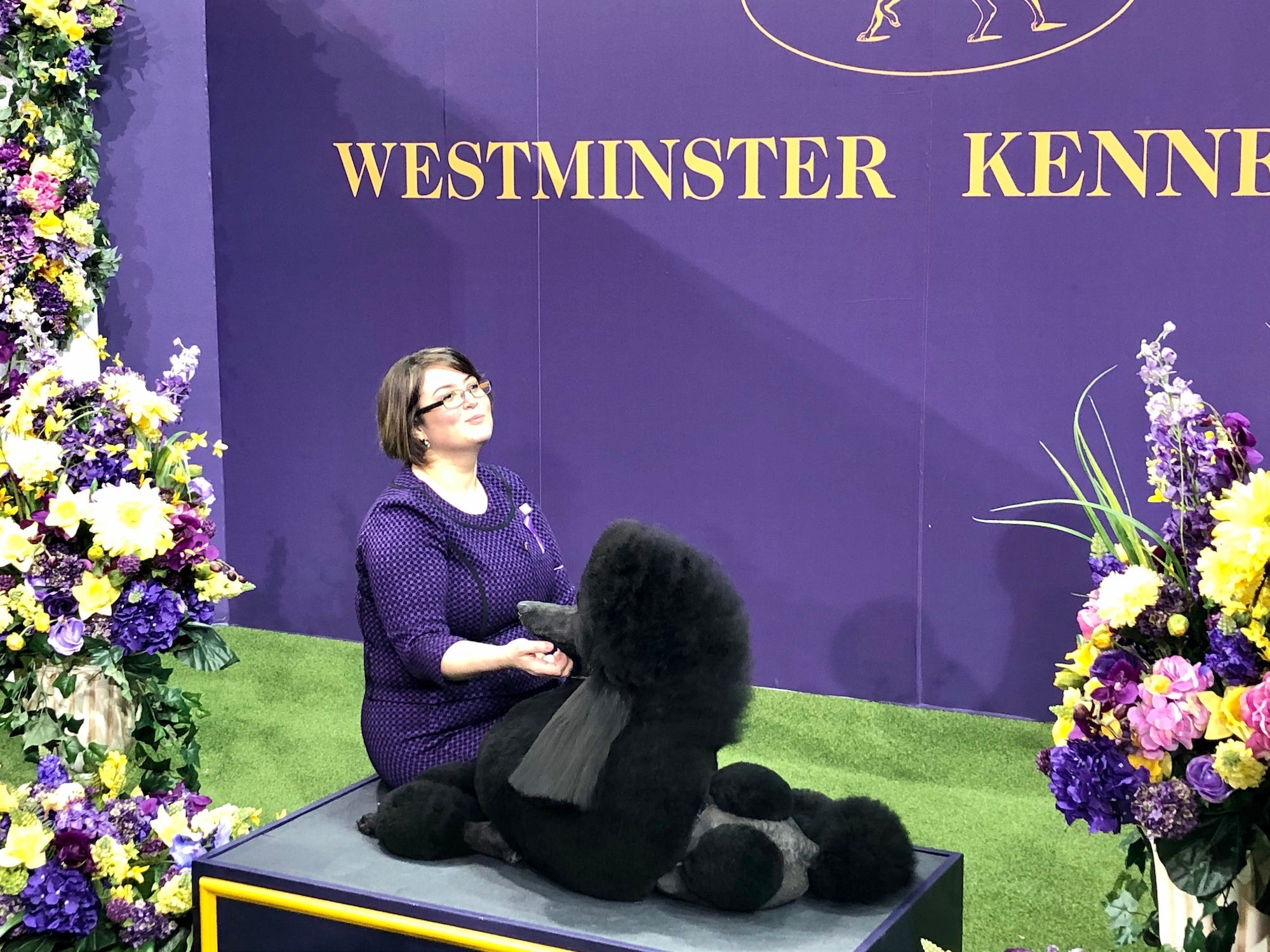 Anneta Konstantinides/InsiderSiba and Crystal Murray-Clas after winning Best in Show at the Westminster Dog Show.

Clas and his wife are what they call “second generation,” meaning they were both born into show-dog families.

“My first show I was three months old, same with her,” he said.

They both walked into the ring for their first junior competitions when they were just 5 years old, and fell in love after meeting at a national show dog event for poodles.

“I was just like, ‘Oh, she’s really nice, and she shows poodles,”‘ Clas recalled.

It has been a family sport for the couple since then, and they consider Siba an important part of their clan. 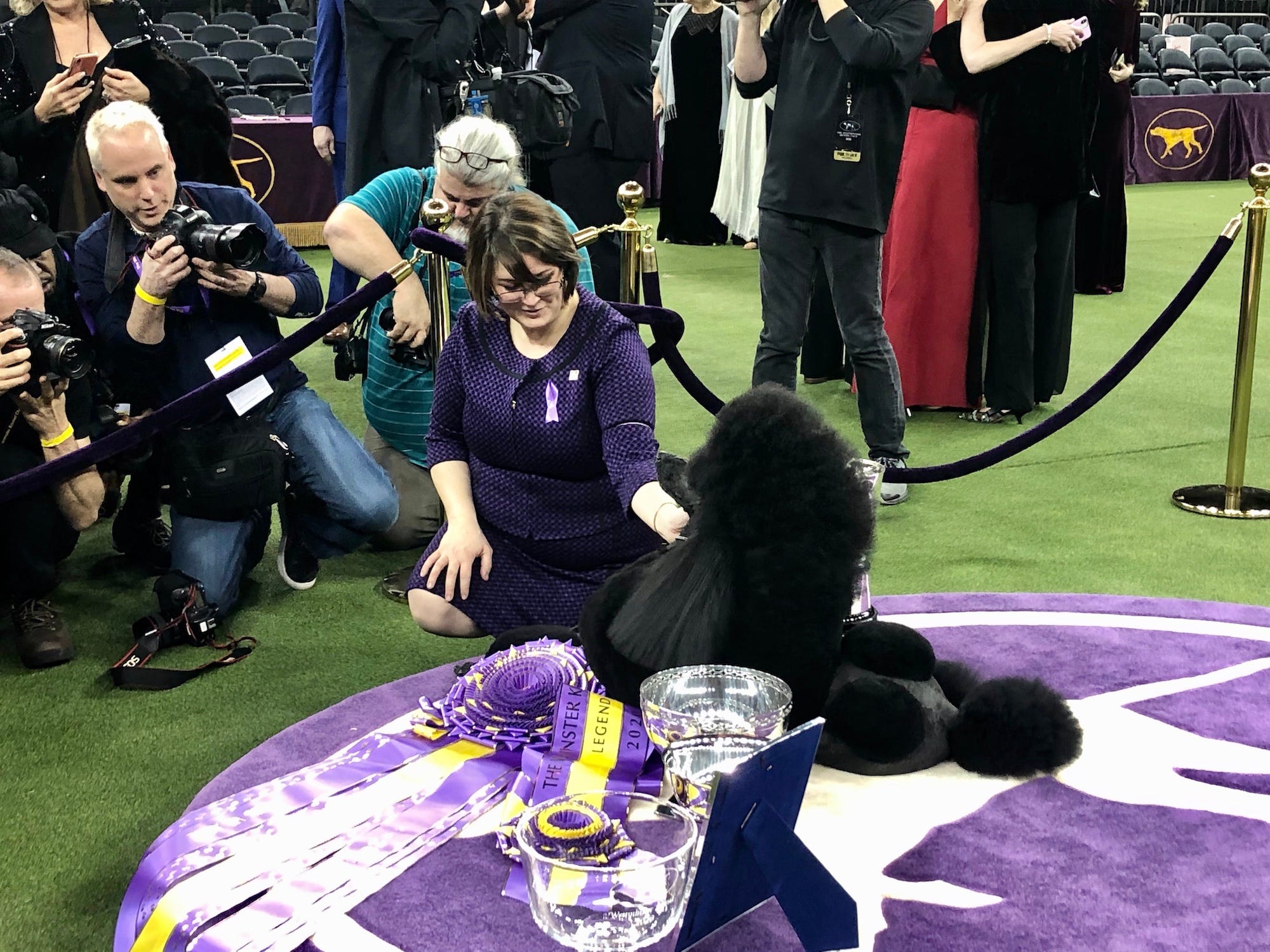 “We picked her out of the litter at nine weeks old in the spring of 2016,” Clas said.

Clas-Murray began training Siba for shows as a puppy, and she quickly discovered that the poodle was a natural

“She really had it in her from the beginning,” Clas said. “She really had good focus and she really took on to the shows, which is important because if a dog doesn’t like to show, you don’t make them do it. She loves it. And she goes in the ring and she looks down her nose at you and she says, ‘Look at me,’ and that’s pretty much it. She doesn’t have to convince you.”

While Siba loves the spotlight, a lot of work goes into making sure she’s ready for it. 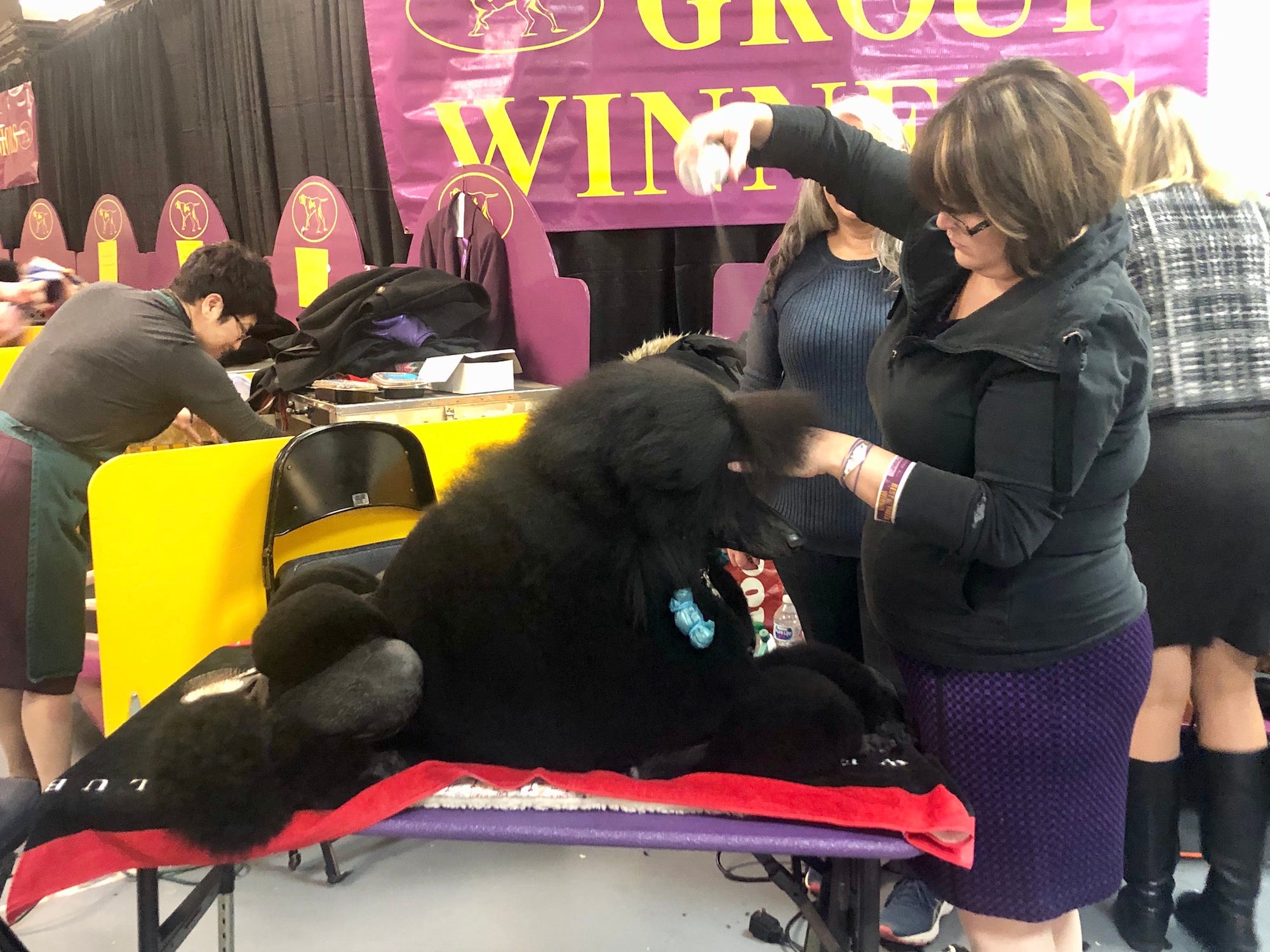 Anneta Konstantinides/InsiderMurray-Clas prepares Siba before the finals at the Westminster Dog Show.

“You can’t be fast, you can’t take shortcuts, and you can’t have a break, so you have to be patient,” Clas said. “We’re always checking her coat every day because you don’t want even the slightest knot in there. Every time you have to brush a knot out, you lose hair. So you’re babying that coat as much as you can, it’s very important.”

And when its showtime, the amount of work Murray-Clas pours into Siba’s coat will double. 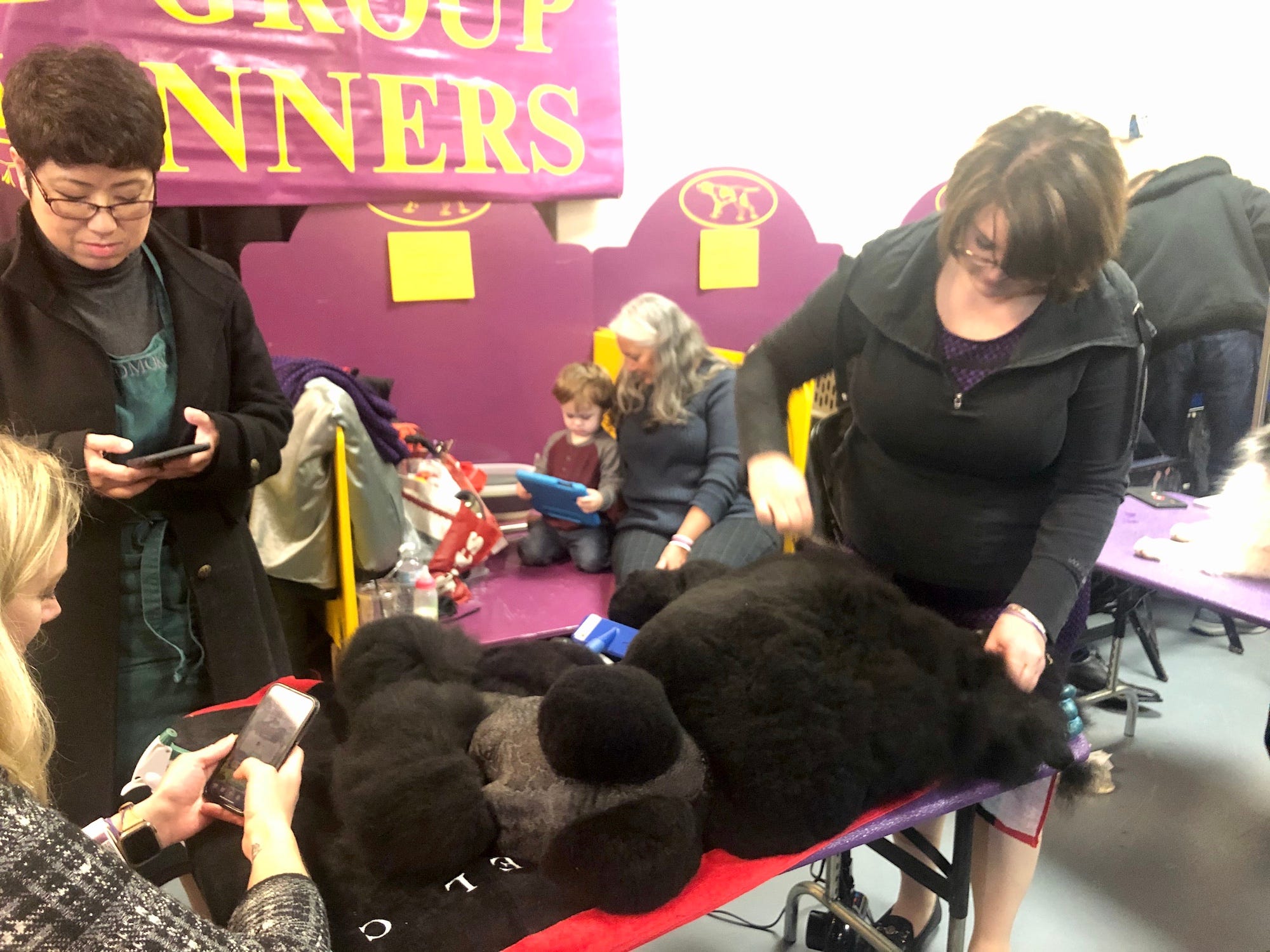 Anneta Konstantinides/InsiderMurray-Clas prepares Siba before the finals at the Westminster Dog Show.

“She will trim every little hair, and she will continue trimming until they tell her, ‘Put the scissors down, you gotta go in the ring,'” Clas said. “Because you just can’t find perfection, you just keep pursuing it. And I love that about my wife, she is so after perfection.”

Dog showing involves thousands of hours – Clas and his wife said they only took four weekends off in the last year, including Christmas and New Year’s – and a lot of dollars

But Clas said Siba – who will now retire at the couple’s home in Hanover, Pennsylvania – has made all the hard work worth it. 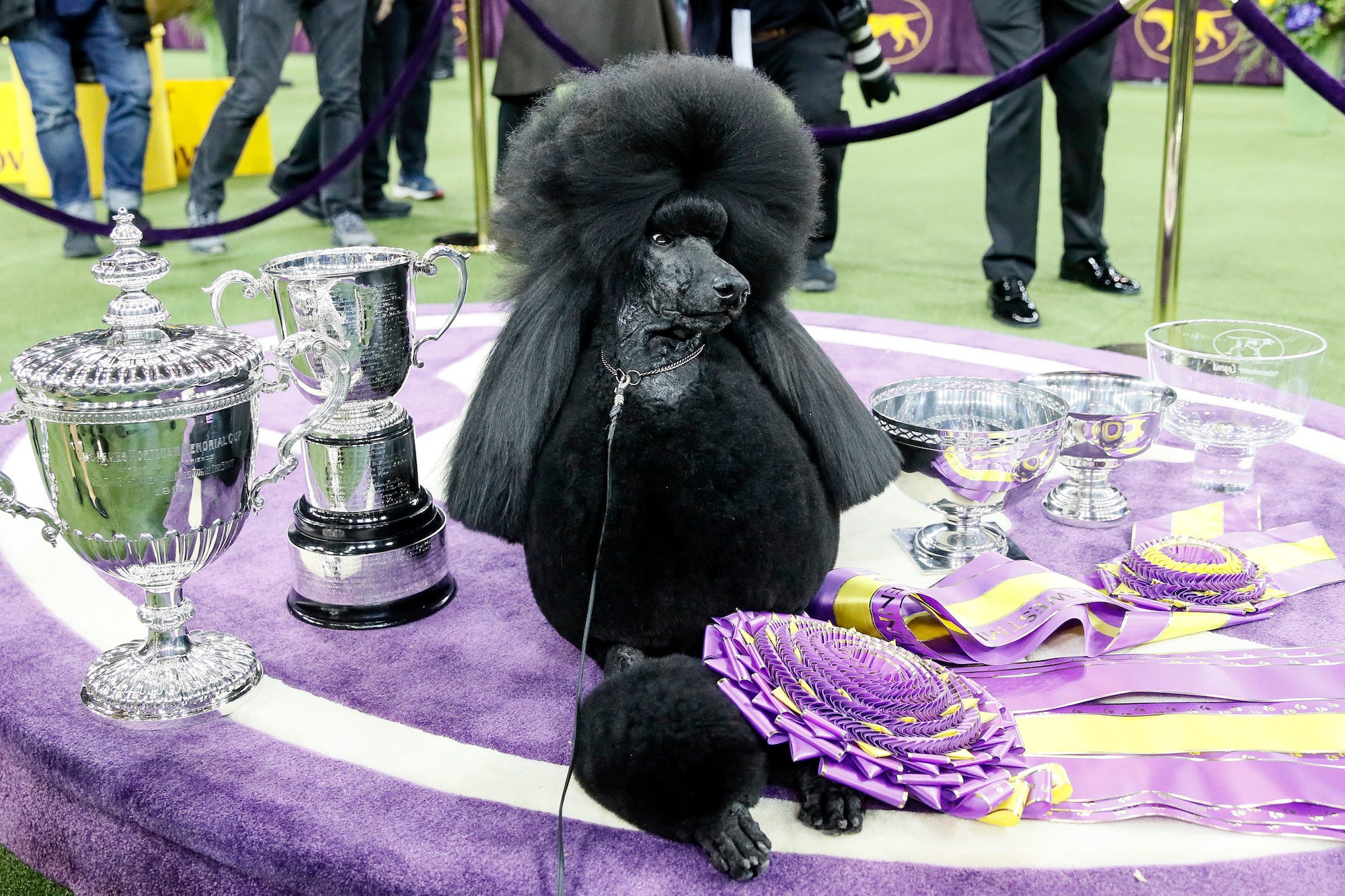 AP Photo/John MinchilloSiba poses for photographs after winning Best in Show in the 144th Westminster Dog Show on February 11, 2020, in New York.