Pompeo mocked Trump as being 'full of s--t' during his meeting with North Korean leader Kim Jong Un, according to John Bolton's new book 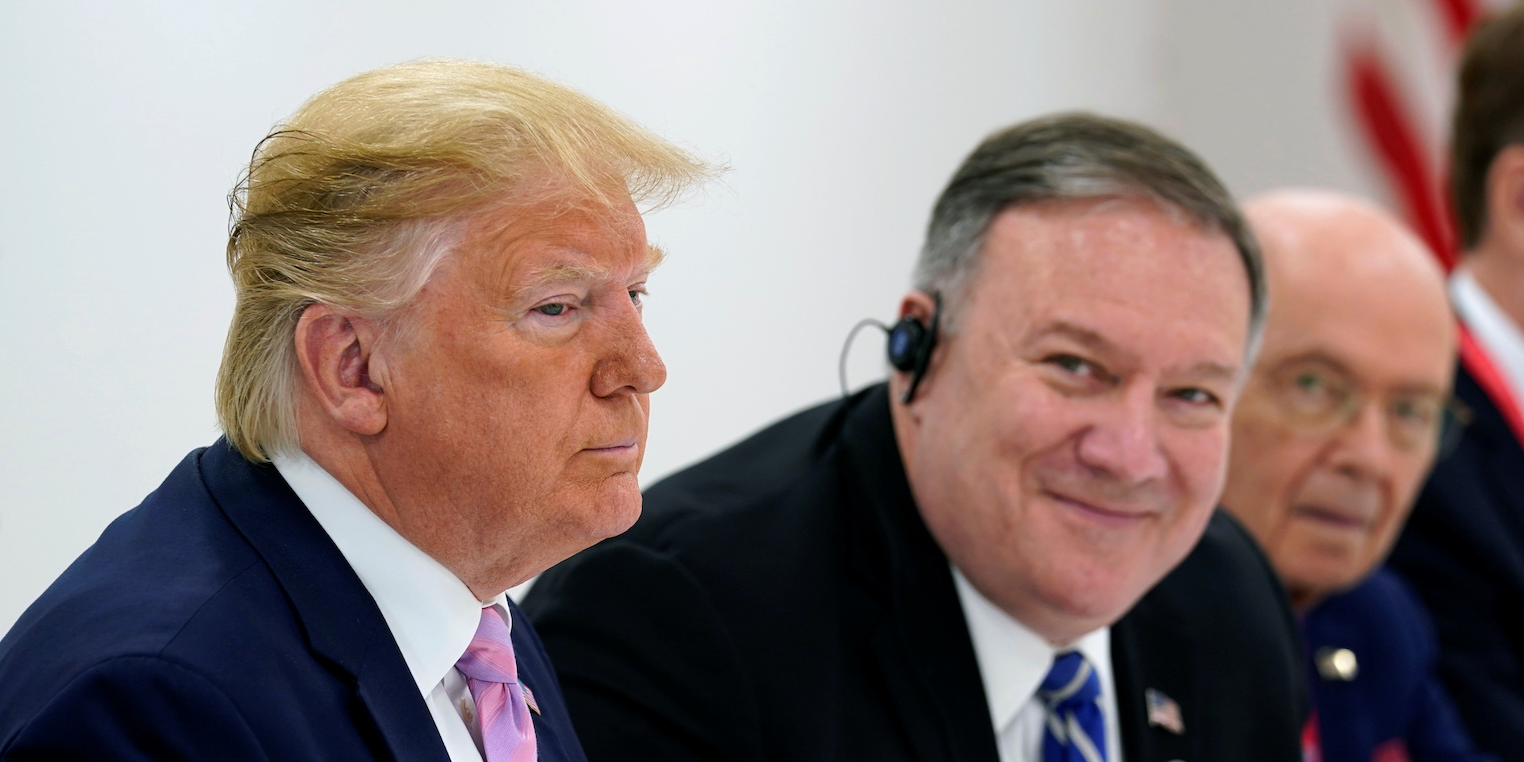 President Donald Trump’s top advisers, including those who appear most loyal, mock the president behind his back, former White House national security advisor John Bolton writes in his new book, according to multiple reports.

After a phone call with the South Korean president prior to the historic 2018 summit meeting between Trump and Kim Jong Un in Singapore, Secretary of State Mike Pompeo and Bolton derided the president’s handling of the call, the latter writes in his book,”In The Room Where It Happened: A White House Memoir,”The Washington Post reports.

Bolton, who described the call as a “near death experience,” writes that Pompeo, who listened in on the phone call from the Middle East, told him he was “having a cardiac arrest in Saudi Arabia.”

During Trump’s later meeting with Kim Jong Un, Pompeo slipped Bolton a note saying that the president is “so full of shit,”The New York Times reported, citing Bolton’s new book. Pompeo’s predecessor Rex Tillerson reportedly once called Trump a “moron” behind his back.

For the anecdotes presented in Bolton’s book, it is unclear exactly what the president did or said to trigger such a response from his top advisers.

The former White House national security advisor writes in his memoir that shortly after he arrived at the White House, Trump’s then White House Chief of Staff John Kelly said: “You can’t imagine how desperate I am to get out of here. This is a bad place to work, as you will find out.”

Bolton’s bombshell book details a number of foreign policy missteps, from not being aware that Britain is a nuclear power, to asking whether or not Finland was a part of Russia, to encouraging Chinese President Xi Jinping to have China spend more on agricultural products to boost support for Trump among American farmers and help him win the election.

Bolton served the Trump administration for almost a year and half and was involved in a number of high-level discussions with the president during that time.

He has taken criticism from the Trump administration’s opponents for not voluntarily testifying during the presidential impeachment proceedings earlier this year. At the same time, he is taking fire from the administration, which is suing Bolton over the upcoming release of his book.

Trump fired John Bolton in September 2019 over policy disagreements, tweeting that he “disagreed strongly with many of his suggestions, as did others in the Administration.” He said that Bolton’s services were “no longer needed at the White House.”