Poly Network said all $US610 ($AU843) million ostensibly stolen by a hacker has now been fully returned, after stablecoin company Tether released the remaining $US33 ($AU46) million.

The decentralized-finance (DeFi) platform, which lets users send tokens between cryptocurrency networks, said it was hit by perhaps the biggest crypto heist in history when hackers took $US610 ($AU843) million on August 10.

Unusually, the platform has embraced the hacker, calling them Mr. White Hat, after they returned much of the sum and claimed they were helpfully finding weaknesses in Poly’s code. The strange tale has caused some to wonder whether the two outfits are working together.

Most of the crypto was recovered by Monday, after Mr. White Hat shared access to his crypto wallet, but Tether froze around $US33 ($AU46).4 million of the stablecoin USDT.

Poly said on Thursday that Tether had released the funds, meaning all $US610 ($AU843) million had been fully recovered by the platform.

Read more:
The CEO of a crypto-trading firm that’s seen a 487% surge in trade volume explains how institutions find market-beating performance in DeFi – and what could become the third most dominant coin

“Poly Network would like to thank Tether for their prompt assistance right from the beginning of the incident, and we appreciate the support and understanding of our users as they patiently awaited the recovery of their assets,” the platform said in a blog post.

“Poly Network has successfully completed the fourth phase of the roadmap, namely ‘Asset Recovery’, and is moving into the fifth phase, ‘Resuming Services.'”

In a message to Poly Network shared by the platform, the hacker expressed annoyance that Tether had frozen some of the funds.

“In my selfish view, the story is tainted by the locked USDT,” the hacker said, implying that Tether’s move undermined the idea of cryptocurrencies being decentralized. 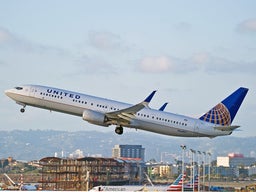