Nearly half of Americans blame Republicans and McConnell, and 32% blame Democrats and Pelosi for the lack of $2,000 stimulus checks, a new poll shows 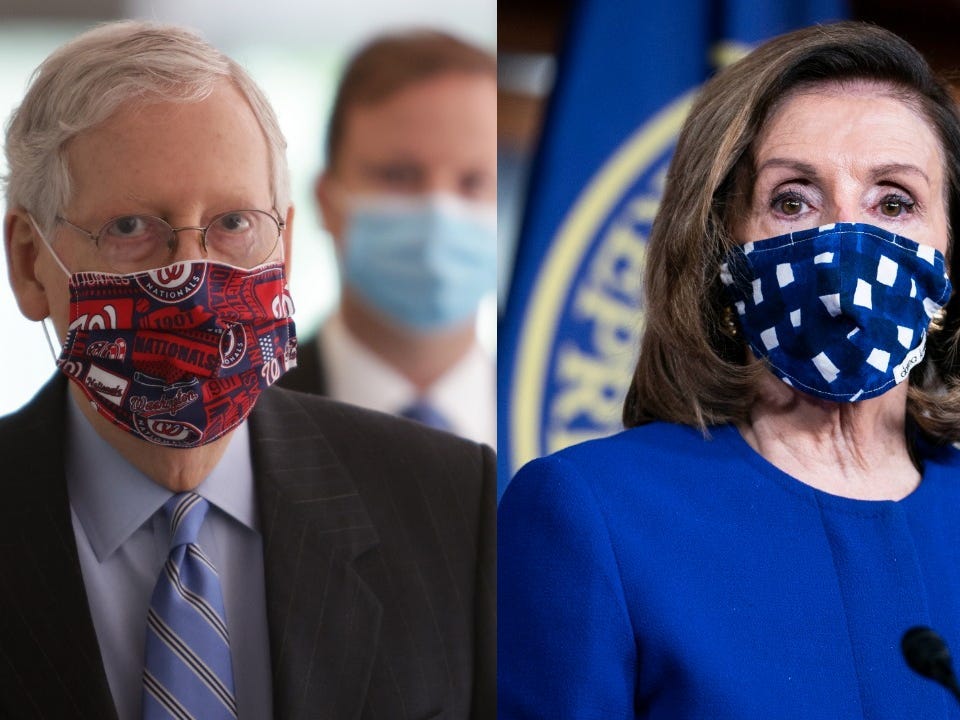 Nearly half of respondents to a newly released poll blamed Republican lawmakers and Senate Majority Leader Mitch McConnell for Congress’ inability to agree on $US2,000 stimulus checks.

The new poll, published Friday by the left-leaning think tank Data for Progress, revealed that 47% of 1,166 people surveyed responded that “Republicans in Congress and Senator Mitch McConnell” were to blame for the delay in reaching a consensus on the checks.

In comparison, 32% said it was “Democrats in Congress and House Speaker Nancy Pelosi.” Just 15% of respondents said President Donald Trump was to blame.

After months of failures and stalled negotiations, lawmakers finally came to a consensus on a new coronavirus relief package at the end of December. President Trump initially refused to sign the deal, complaining about various provisions and urging that Congress include $US2,000 stimulus checks, before eventually signing the bill on Sunday. The signed bill includes $US600 stimulus checks.

After the bill was signed, House lawmakers voted on a separate bill to bump the $US600 stimulus checks up to $US2,000. But the bill faces a roadblock in the Senate â€” McConnell recently rebuffed efforts to pass a standalone bill to increase the stimulus checks, Business Insider’s Oma Seddiq reported.