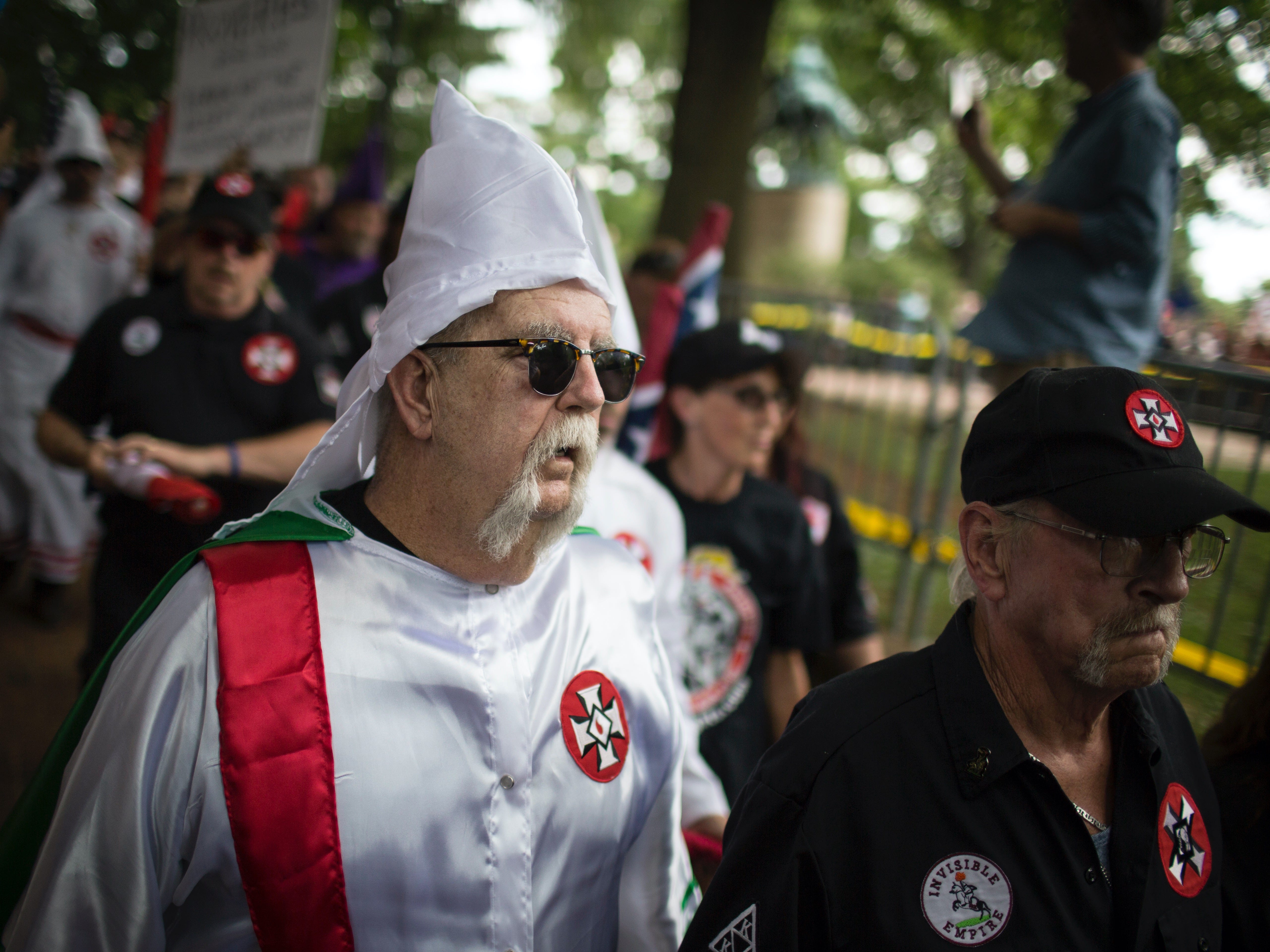 Chet Strange/Getty ImagesA Ku Klux Klan member is escorted out of Justice Park after a planned protest by the Klan on July 8, 2017 in Charlottesville, Virginia

Police in Virginia are investigating white supremacist flyers that are appearing near local residential homes, according to Newsweek.

The flyers are affiliated with North Carolina’s Ku Klux Klan chapter, the Loyal White Knights, according to the report.

In a Facebook post, the New Kent County Sheriff’s office reported that residents discovered the flyers near or in their mailboxes. The flyer was found in a plastic ziplock bag filled with bird seeds.

Similar flyers appeared in Norfolk, Virginia, and in West Virginia last month, according to WVNSTV.

While authorities across Virginia are seeking any information linked to these flyers, New Kent County Police urges the public to not approach the individuals posting the flyers.

“Do not put yourself in harms way or confront anyone to do so,” a spokesperson said in the Facebook post. “We would like to locate the parties involved. Similar items have been left in neighbouring jurisdictions over the past six months or so.”

Last month, more than 1 million people signed a petition for the US to label the KKK as a terrorist organisation. The KKK is currently categorised as a domestic extremist group.