A dead body was found at Minneapolis pawn shop that burned down during George Floyd protests, reports say 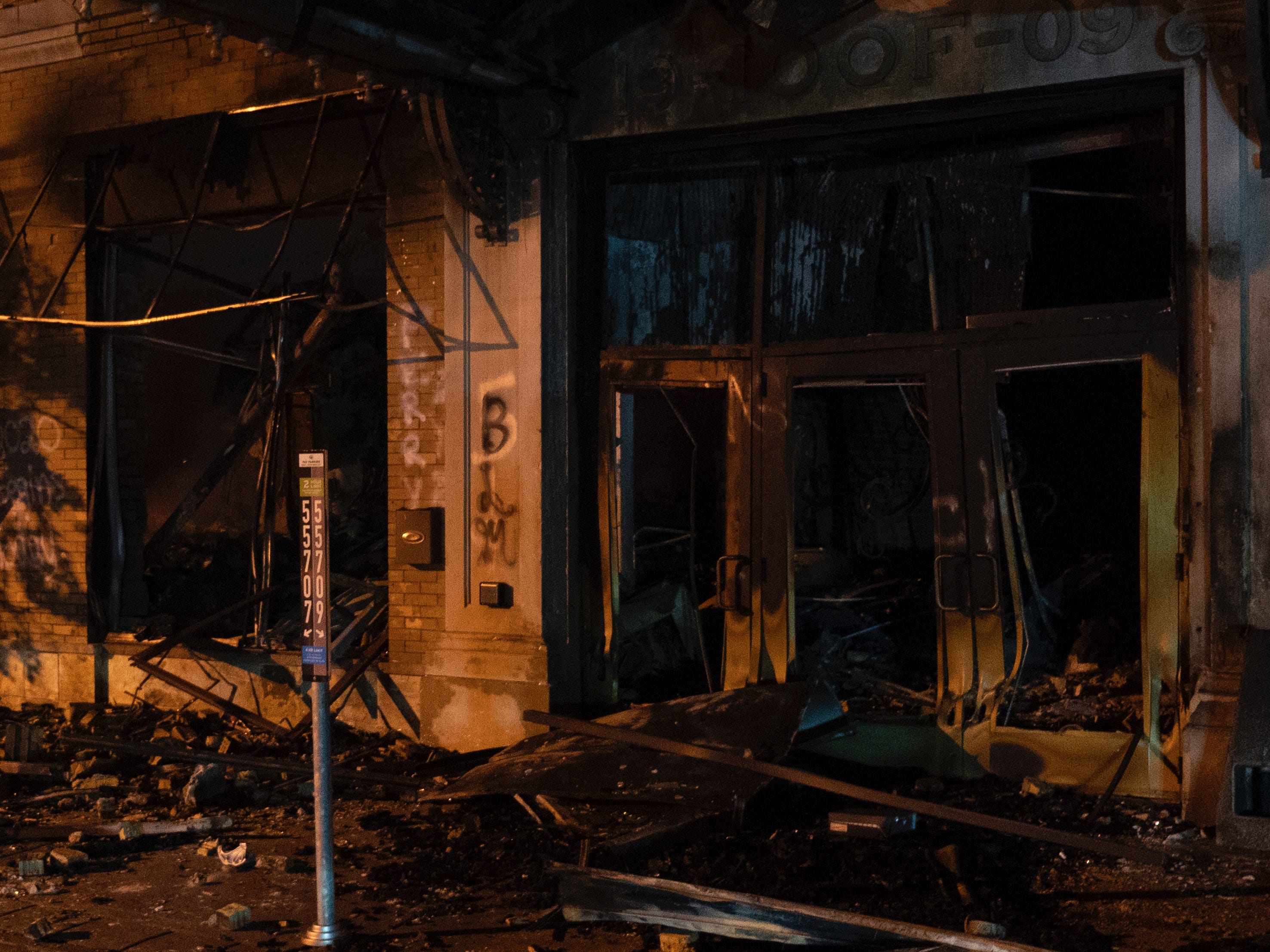 Shay Horse/NurPhoto via Getty ImagesA view of burned building during a protest in Minneapolis, United States, on May 30, 2020 during a demonstration to call for justice for George Floyd, a black man who died while in custody of the Minneapolis police.

Police discovered a dead body on Monday at a pawn shop that burned down during the turmoil following George Floyd’s death in Minneapolis.

According to CBS Minnesota, the body was found in the debris of Max It Pawn near the Minneapolis Police Department 3rd Precinct and is believed to be that of a man.

Police spokesman, John Elder, said homicide detectives are investigating this incident, Star Tribune reported. The body will be identified after an autopsy to determine the cause of death, according to the report.

“The body appears to have suffered thermal injury and we do have somebody charged with setting fire to that place,” Elder said, according to the report.

Last month, Montez Terrill Lee was charged with arson for burning the pawnshop on May 28, during the same time period when unrest erupted in Minneapolis after Floyd’s death, according to the outlet. Terrill was seen on video “pouring liquid from a metal container throughout the pawnshop,” according to Star Tribune.

Police and fire departments in Minneapolis are investigating the incident, along with the Bureau of Alcohol, Tobacco, Firearms and Explosives, according to CBS Minnesota.