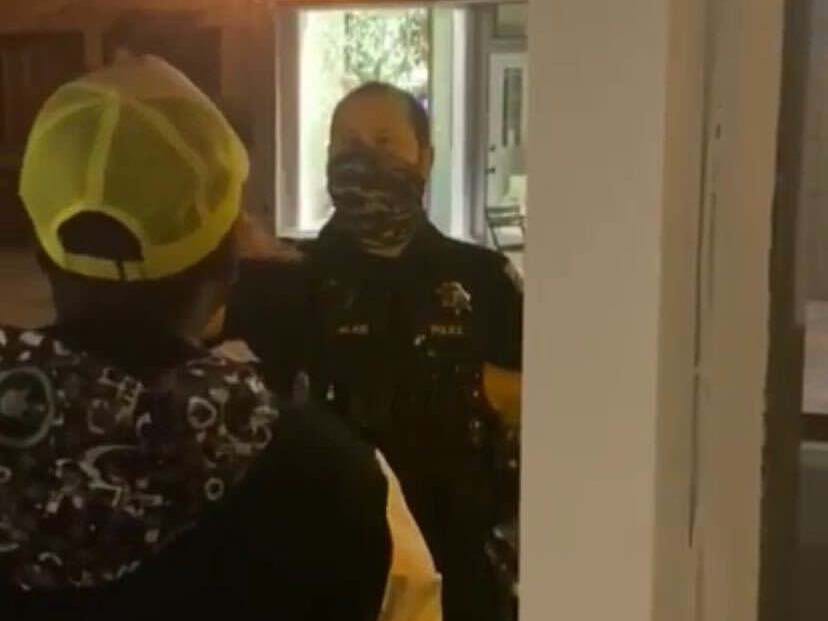 A Black clothing store owner in California said he felt “racially profiled” when a police supervisor asked him to show identification and prove he owned his store.

On Sunday, Yema Khalif was working late putting out new inventory in the store in Tiburon, California -which is about 20 miles north of the San Francisco Bay area- when a local police officer knocked on the door asking why Khalif along with his wife and friend were inside at 1 a.m.

According to the Instagram post, the officer called for back up before he approached the store door. A supervisor accompanied by another armed officer showed up to the clothing store minutes later, the post said. Then the supervisor asked the trio to show ID.

“I expressed to him that there was no crime going on and we were going about our business,” the store’s owner said in the post. “Then he insisted that he wanted us to prove who we are and to explain what we were doing at the store that late. I, kindly, explained that we didn’t have to prove anything.”

In the video, Khalif asked, “There’s three Black people in the store, what’s the problem?”

“It’s nine o’clock at night and there’s never anyone in here,” the police supervisor said. “This isn’t regular business hours. There’s no customers in there. Is it your store that’s all we want to know?”

“If I tell you it’s my store, then what?” Khalif responded.

“Aren’t you glad we’re looking out for your store?” the supervisor said in the video, adding that Khalif should be “grateful” that the officers are looking over the street.

When the supervisor asked him to prove he was the owner of the store, Khalif said, “I do not have to prove anything to you.”

He told ABC 7 News that it’s normal for him and his wife to put out merchandise during late hours.”This particular day we had just received a huge inventory and we just wanted to come out and put the inventory out before Saturday morning,” Khalif told the outlet.

“I did feel racially profiled,” Khalif said to ABC 7 News.

In the video, the supervisor asked Khalif to put his key in the door to prove that he was the owner of the store.

“Put the key in the door and we’re out of here,” the supervisor demanded.

At the end of the video, a neighbour yelled and confirmed that Khalief was the owner of the store before the officers left.

Tiburon Police in a statement to ABC 7 News said “the town is engaging the services of an outside, independent attorney to conduct an investigation” into the incident.