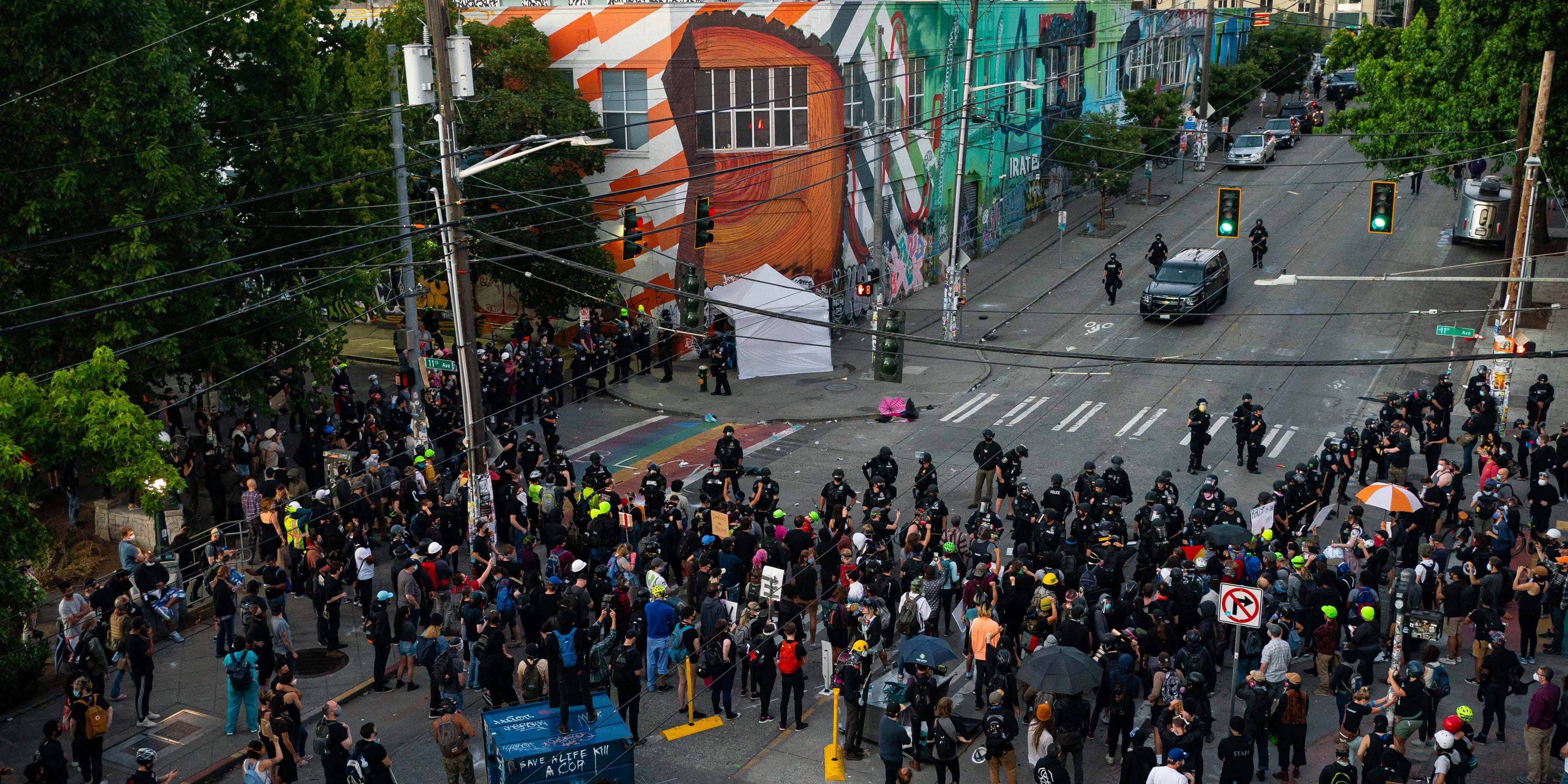 David Ryder/ Getty ImagesPolice face off with demonstrators during protests in Seattle on July 25, 2020 in Seattle, Washington. Police and demonstrators clash as protests continue in the city following reports that federal agents may have been sent to the city.

At least 45 people were arrested at an anti-racism march in Seattle on Saturday that police declared a riot. In addition, 21 officers were also injured, the Seattle police said on Twitter.

Police clashed with protesters Saturday in what was one of the largest Black Lives Matter protests Seattle has seen in weeks,Reuters reported. The march was also in support of ongoing anti-racism protests, including those in Portland, Oregon, which have seen violent clashes with authorities, according to the BBC.

Police used “less-lethal equipment including OC spray, blast balls, and 40 mm sponge rounds” in an attempt to disperse large crowds after some protesters set fire to a construction site at the King County Youth Service Centre and courthouse, according to a police statement.

The group continued to the East Precinct, where at least one person breached the precinct’s fence line, and moments later a device exploded, leaving an 8-inch hole in the side of the building, according to a police report. The crowd also threw bricks, rocks, mortars, and other explosives at officers, according to the report.

Police arrested at least 45 people for assaults on officers, failure to disperse, and obstruction. Most of the 21 officers that sustained injuries at the day’s events were able to return to duty, while one was treated at a hospital for a knee injury, the police said on Twitter.

On Thursday, the Trump administration sent a team of tactical border officers to Seattle, expanding its pledge to protect federal property that also sent officers to Portland, the New York Times reported.

Seattle Police Chief Carmen Best on Saturday called for peace and told reporters she had not seen any of the dispatched officers,the Associated Press reported.