'Pod'-style learning benefits affluent kids and exacerbates education inequality — but it does address 3 key issues. Here's how to solve those problems equitably. 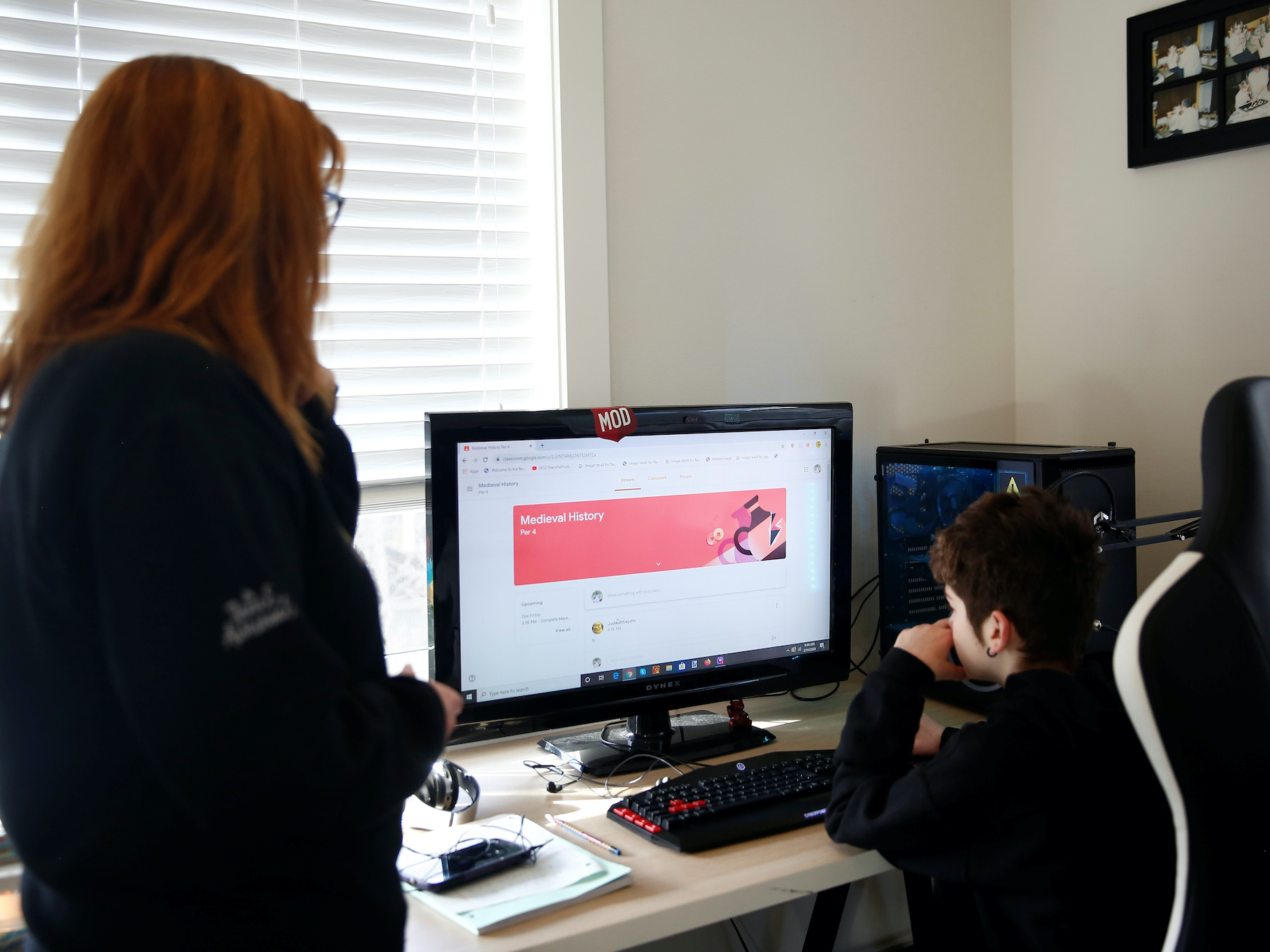 Lindsey Wasson/ReutersThe idea of pandemic pods has taken off.

With the pandemic still raging, many schools across the country are opting not to reopen full-time. Some are switching to full-time online instruction, and others are opting for hybrid models where students attend school a few days a week and spend the rest learning at home.

Those plans are creating problems for employed parents, who once again have to figure out how to do their work while their kids are learning from home. Reflecting back on their less-than-optimal experiences with online learning last spring, many of those working parents, and stay-at-home parents, too, are also concerned about whether their kids will get enough academic support and social interaction if they’re not physically going to school.

Faced with those challenges, some parents – especially affluent, white parents – have proposed using a “pod”-style model to support kids’ learning at home. And these pods are taking a number of different forms. Some pod parents pull kids out of school entirely, while others use pods to complement online school. Meanwhile, some pod parents share the work of teaching among themselves, while others hire a babysitter, a paid tutor, or even a highly-trained, experienced teacher to teach all the kids in the pod. And, complicating things even further, some pods have meet-ups in-person, while others exist solely online. 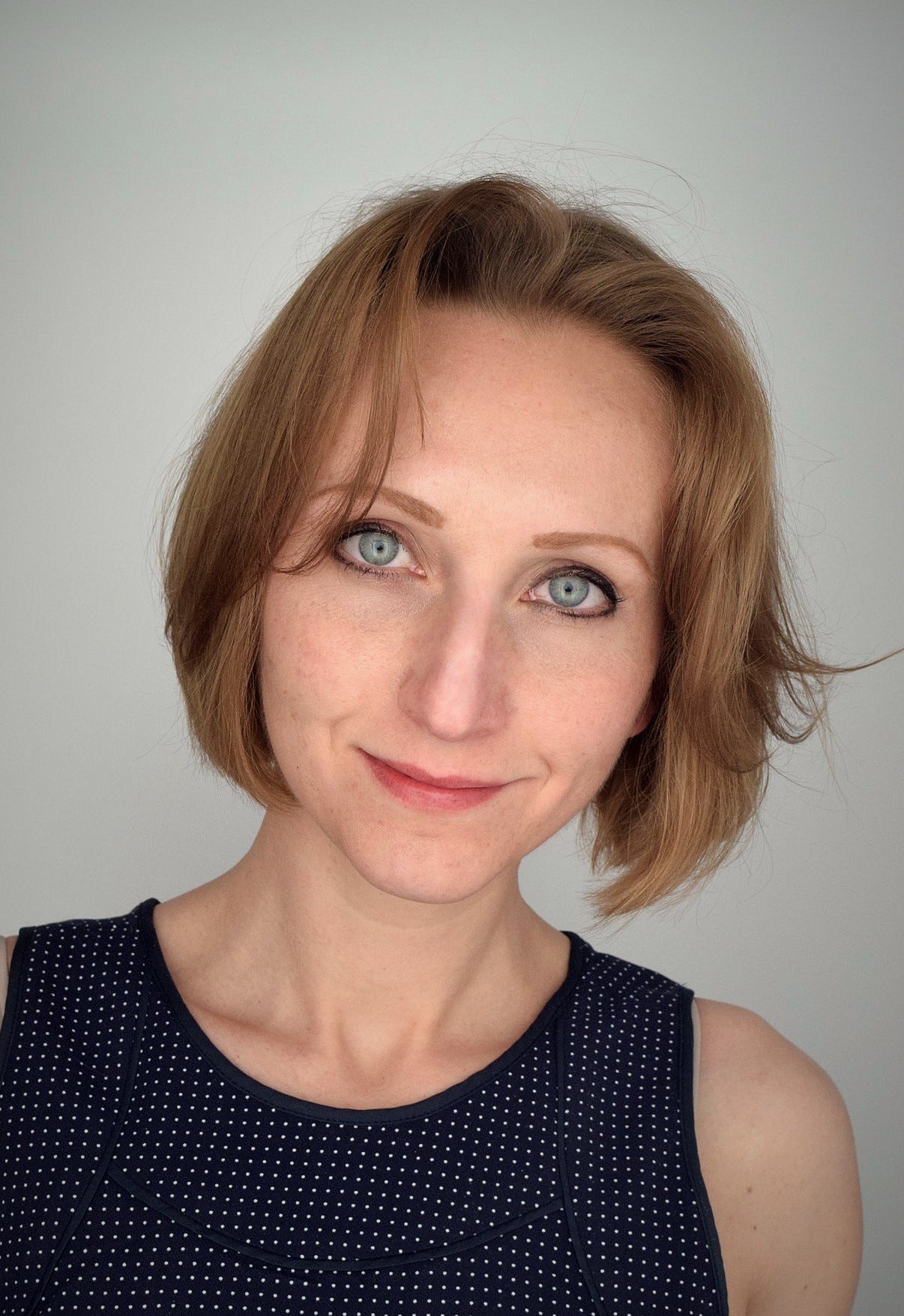 As talk of these new learning pods has flooded social media, some scholars and educators have pushed back. They argue that learning pods – especially if they involve paid teachers or pulling kids out of public school – will further segregate public education and reduce resources for low-income students and students of colour, who will disproportionately be left out of learning pods.

These critiques are important, but they have stopped short of offering parents a more equitable alternative to private learning pods.

To find that more equitable alternative, we have to take a step back and look for the problem that parents are trying to solve. From that perspective, it’s easy to see that learning pods, and especially learning pods with a paid private teacher or tutor, are an appealing solution because they solve three key problems that result when school goes online:

If parents want to avoid exacerbating inequalities in schooling, they have to tackle these problems separately, with separate solutions.

Pods with private teachers or tutors aren’t the only way to get kids the hands-on instruction they need. Instead,

In practice, this would mean hiring enough teachers so that each kid can have a small class (<10) taught by a single teacher, in-person (if it’s safe to do so) or online. Those classes would be small enough to promote more effective online instruction, reducing the need for parental involvement at home. And those classes would also be small enough to reduce the spread of the virus in schools that reopen this year.

But what would all those teachers cost? Certainly, I’m not an economist, but I can do some back-of-the-envelope calculations to try to figure it out. In 2020, US public schools are projected to have 3.2 million teachers teaching 50.8 million students. To shift that teacher-student ratio down to 1:10, public schools will need an additional 2.6 million teachers for the 2020/2021 school year.

As of 2017/2018, the average base salary for a full-time teacher in a public elementary or secondary school was roughly $US58,000 a year. Starting teachers make less (closer to $US44,000 a year). But to be fully staffed at 2.6 million, schools will have to think beyond newly minted college grads. They will also have to recruit former teachers who’ve retired or left the profession. And they may consider recruiting recent graduates of master’s degree and doctoral degree programs, as well. Those new recruits, in turn, will almost certainly expect higher salaries than what a first-year public school teacher would normally make. The average teacher with a master’s degree, for example, earns about $US63,000, while the average teacher with a doctorate earns $US69,500.

Those new hires will probably also expect good benefits, especially if they’re being asked to teach in-person during a pandemic. For public schools, in turn, the additional costs of employee benefits work out to be roughly 37% of what they spend on salaries (based on data for 2015/2016).

Given all those numbers, it seems reasonable to estimate that schools will have to pay each newly hired teacher roughly $US58,000 a year, plus benefits. That works out to be about $US150.8 billion in salary, and another $US55.8 billion in employment benefits. And if schools don’t want to lose currently employed teachers (who might get snatched up by parents forming private pods), they will probably have to bump up the salaries of all those currently making less than what new teachers would make. That’s another, roughly, $US92.8 billion in salaries. Or about $US299.4 billion in total.

And $US299.4 billion may seem like a lot of money, but, unlike many short-term spending plans, that money has the potential to make public schools more equitable for students and for teachers long-term.

Research consistently shows that small classes improve student learning and achievement. And yet, because schools are funded primarily through local property taxes, and because local communities are so segregated by race and social class, schools serving low-income students and students of colour can rarely afford the small classes all students deserve.

Research also suggests that fair compensation could increase teacher retention and improve student achievement in school. Teachers in many areas across the country have long been dangerously underpaid. Those low salaries lead many teachers to leave the profession within their first few years. As a result, many schools – particularly schools in low-income communities and communities of colour – rely heavily on less experienced teachers who tend to be less effective in helping students learn.

Of course, small classes are only possible if the federal government foots the bill and if federal legislators commit to funding those teachers long-term. Local and state taxes currently fund more than 90% of public education in the US. In most communities, those budgets were already stretched pre-pandemic, and COVID-19 has made it impossible for many states and local communities to make ends meet. So there’s no extra money for schools.

Ultimately, then, I would urge parents who are considering forming private learning pods to redirect those efforts toward lobbying public officials for more public school funding, instead. We know from prior research that when parents – especially affluent, white parents – work collectively to pressure decision-makers, their voices are usually heard.

Parents may also consider pressuring state and local leaders to delay the start of this school year. That would leave time for federal funding to come through Congress. And it would leave time for districts to hire and train all the new teachers they will need to equitably staff small classes in public schools.

Of course, if those small classes are taught online, they still won’t solve the childcare problem for parents who work full-time. As a working mother of a six-year-old and a three-year-old, I understand

. If the goal is equity, however, then I think childcare co-ops are a better solution than private learning pods.

So what would that look like? Parents could keep their kids enrolled in public online or hybrid schooling. Parents could then join groups of two to five families and trade off watching all the kids on the days they’re learning from home.

Of course, these childcare co-ops will not be fully equitable or inclusive. Some families, for example, will have to do the childcare work themselves, while others may be able to pay a babysitter to cover their share. In an ideal world, privileged families could partner with less privileged families to split the time or the costs. But because schools and communities in the US are so segregated by race and by social class, that partnering model simply doesn’t scale.

Even with those limitations, however, childcare co-ops will still be more equitable than private learning pods. They will keep kids enrolled in public school, and they will keep parents from poaching the teachers that public schools desperately need. Meanwhile, if stay-at-home parents are willing to join and help, that can further reduce the need for paid teachers or tutors and make things more equitable, as well.

Parents of older kids, meanwhile, may not need childcare, but they may still see learning pods as a way to get their kids the social interaction they need. For that problem, however, I’d argue that purely social pods are a more effective and more equitable solution for supporting kids’ mental health.

These social pods could be organised by parents or by kids themselves, and they could meet in-person or virtually outside of the regular school day. Certainly, and because families’ social networks are so stratified by race and social class, these social pods won’t all be equitable or inclusive. But if they stay purely social, then at least they won’t give privileged kids a leg-up with learning in school.

Meanwhile, and if these pods remain purely social, then they have a better chance of supporting kids’ mental health rather than harming it, instead. We know that when parents stress about academics it makes kids feel stressed out, too. So if parents really care about their kids’ well-being (and not just their test scores and college admissions), then the goal, academically, should just be “good enough.” That means limiting the time kids spend on learning and the pressure kids face to achieve (e.g., by removing standardised testing requirements). And it means giving kids more time to just have fun with their friends.

Essentially, solving the pod problem means solving the three problems parents are using pods to solve – a lack of instructional support for at-home learning, a lack of childcare for working parents, and a lack of social interaction for kids stuck at home. Thankfully, private learning pods aren’t the only solutions to those problems, though it will take money (lots of it), time (which might mean delaying the school year), and lots of pressure, especially from privileged parents diverting their energy away from coordinating learning pods and toward calling their congressional representatives, instead.

Those calls, in turn, should demand not only the funding and time schools desperately need in the short term but also the regulations needed to stop the virus in its tracks. If we shut everything down and keep everyone home for a month, we might actually get to a point, public health-wise, where it’s safe to reopen schools. And that, especially with small classes and fairly paid teachers, would be the most equitable solution of all.

Jessica Calarco is an Associate Professor of Sociology at Indiana University, Bloomington and the author of Negotiating Opportunities: How the Middle Class Secures Advantages in School (Oxford 2018) and A Field Guide to Grad School: Navigating the Hidden Curriculum (Princeton 2020).