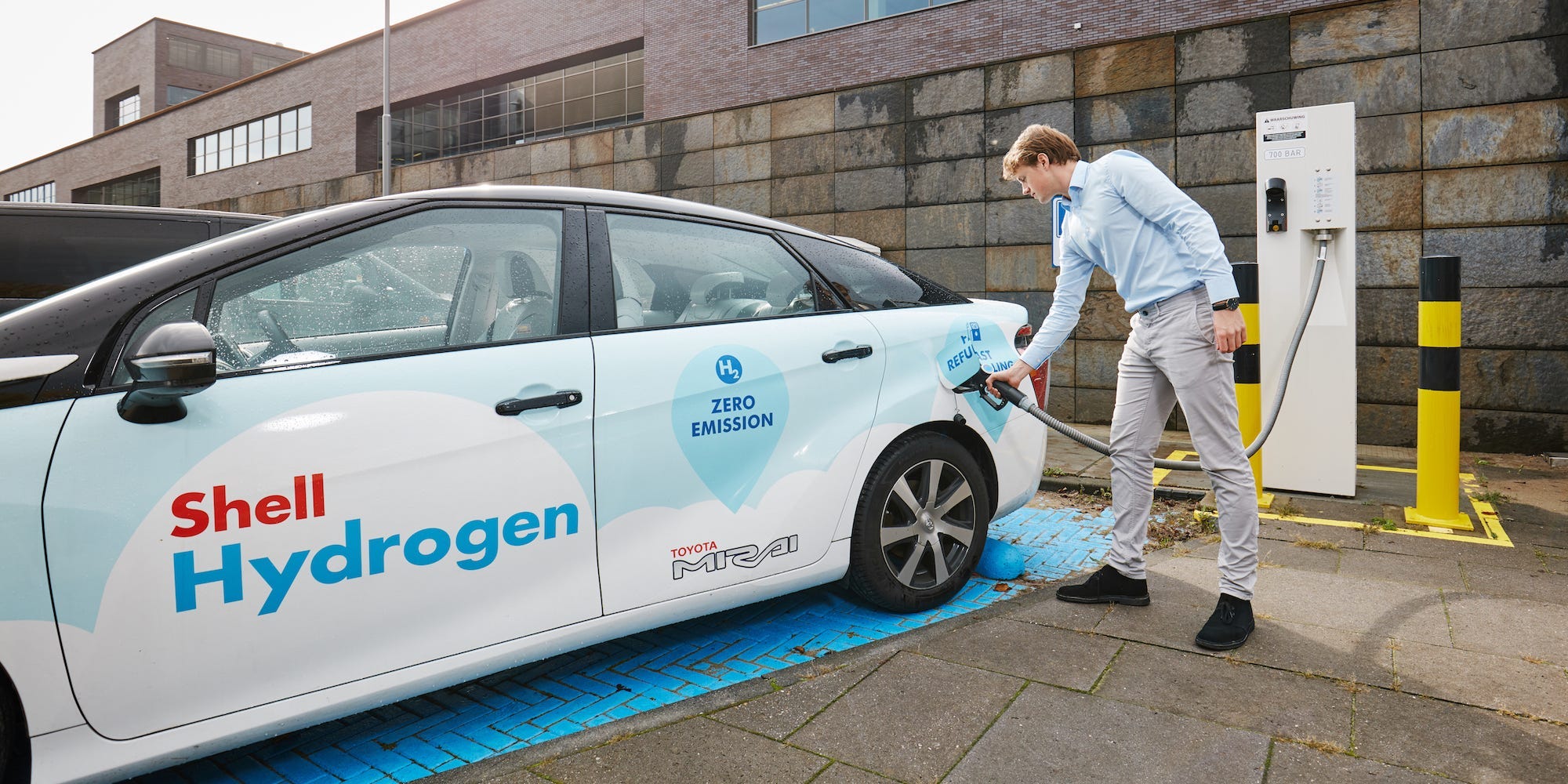 Plug Power fell as much as 5% on Thursday after JPMorgan said the hydrogen fuel-cell leader is “fully-valued but a must own in the hydrogen space.”

JPMorgan initiated Plug Power at a “neutral” rating with a $US60 price target, representing downside potential of 14% from Wednesday’s close. The price target is based on a discounted 2024 market cap derived from a 60-times enterprise value-to-2025 EBITDA forecast of $US534 million.

Shares of Plug Power have been on a tear in recent months, and year-to-date Plug Power is up 105% as of Wednesday’s close.

Plug Power is a first-mover in the hydrogen space, having developed proven proton exchange membrane technology that powers logistic vehicles for first-rate customers like Walmart and Amazon. The company is capitalising on what could be a $US200 billion total addressable market, JPMorgan said.

Plug Power has a strong balance sheet and planned production scale to capitalise on that opportunity, the note said.

JPMorgan expects the New York-based company to see a 40% compounded annual growth rate that generates $US1.2 billion of gross billings by 2024.

And a recent partnership between Plug Power and Renault to jointly develop hydrogen-powered electric vehicles could “produce 40% upside to the 2024 revenue target, pushing revenues to $US1.7 billion, and cause growth to accelerate in 2025,” JPMorgan said.

Revenue in 2025 could exceed $US2 billion if Plug Power manages to successfully execute on its growth strategy, JPMorgan said, adding that it thinks this “justifies the very high multiples at which the stock trades.”


BANK OF AMERICA: Buy these 10 Dow stocks to take advantage of rich dividends and a long-term strategy primed for a comeback in 2021