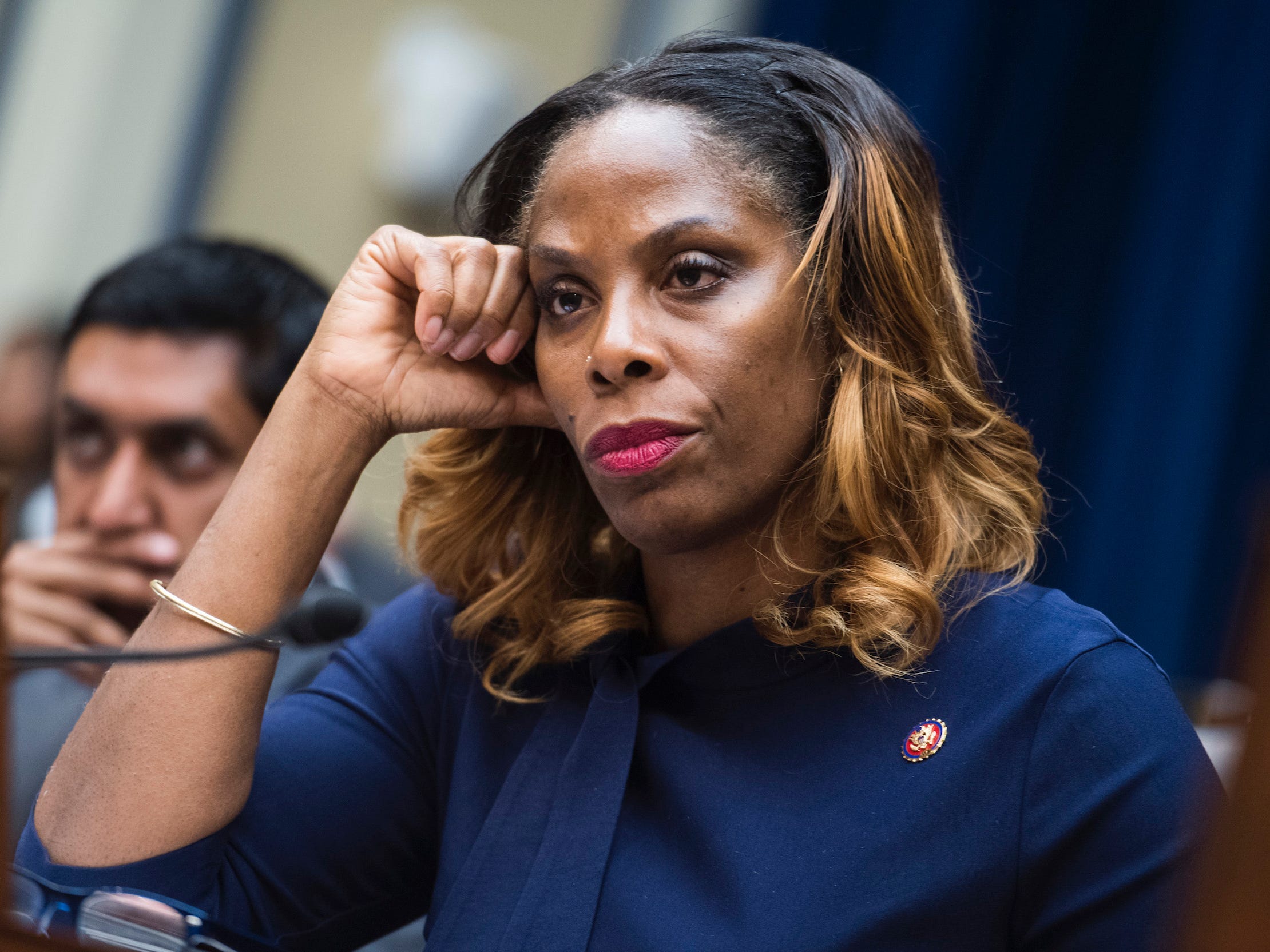 Tom Williams/CQ Roll CallDel. Stacey Plaskett, D-V.I., attends a House Oversight and Reform Committee markup in Rayburn Building on a resolution on whether to hold Attorney General William Barr and Secretary of Commerce Wilbur Ross in contempt of Congress on Wednesday, June 12, 2019.

Stacey Plaskett, one of the House impeachment managers, doubled down on Democrats’ decision to abruptly reverse course and not call witnesses during former President Donald Trump’s impeachment trial.

“I know people are feeling a lot of angst and believe that maybe if we had this, the senators would have done what we wanted, but listen, we didn’t need more witnesses, we needed more senators with spines,” Plaskett, a delegate from the Virgin Islands, said on CNN’s “State of the Union” with Jake Tapper Sunday.

As Insider’s Sonam Sheth reported, the vote to call witnesses came after CNN reported on new details of a phone call between Trump and House minority leader Kevin McCarthy on January 6, as the deadly Capitol insurrection was underway. Trump and McCarthy got into a shouting match because Trump refused to call off the rioters, according to the report.

Washington Rep. Jaime Herrera Beutler first revealed the details of the phone call at a town hall earlier this week and confirmed them to CNN. As Insider reported, the Democrats pulled back on their decision to call the GOP Washington congresswoman as a witness during the trial and just entered her statement into the record.

“We had no need to call any witnesses at the end of the trial because, as all Americans believed at that moment, the evidence was overwhelming,” Plaskett said Sunday during an interview with NPR.

During the impeachment trial, impeachment managers shared a trove of previously unseen video footage from inside the Capitol on January 6, as Business Insider’s Azmi Haroun reported.

Lead impeachment manager Rep. Jamie Raskin made the case that Trump directed rioters to storm the Capitol. “He told them to fight like hell, and they brought us hell,” Raskin said. Lawmakers of both parties offered emotional reactions to the videos between sessions, and reporters observed their reactions as the videos were shown.

Raskin on Sunday said he “made the call” to hold off witnesses from the trial. “We could have had 5,000 witnesses, and [GOP Senate Minority Leader] Mitch McConnell would be making the same speech because what he’s asserting is that the Senate never has jurisdiction over a former president,” he said.

“Those 43 who voted to acquit the president did so because they were afraid of him because they were more interested in party and in power than they were in our country and in duty to their Senate oath,” Plaskett said, adding that Trump’s legacy “will be forever tarnished” by his second impeachment.

“I think it leaves him for all history â€” our children and my grandchildren will see in history that this was the most despicable despot attempting to become a fascist ruler over a country that was founded in democracy,” Plaskett said.