Plans to storm the Capitol were circulating on social media sites, including Facebook, Twitter, and Parler, for days before the siege 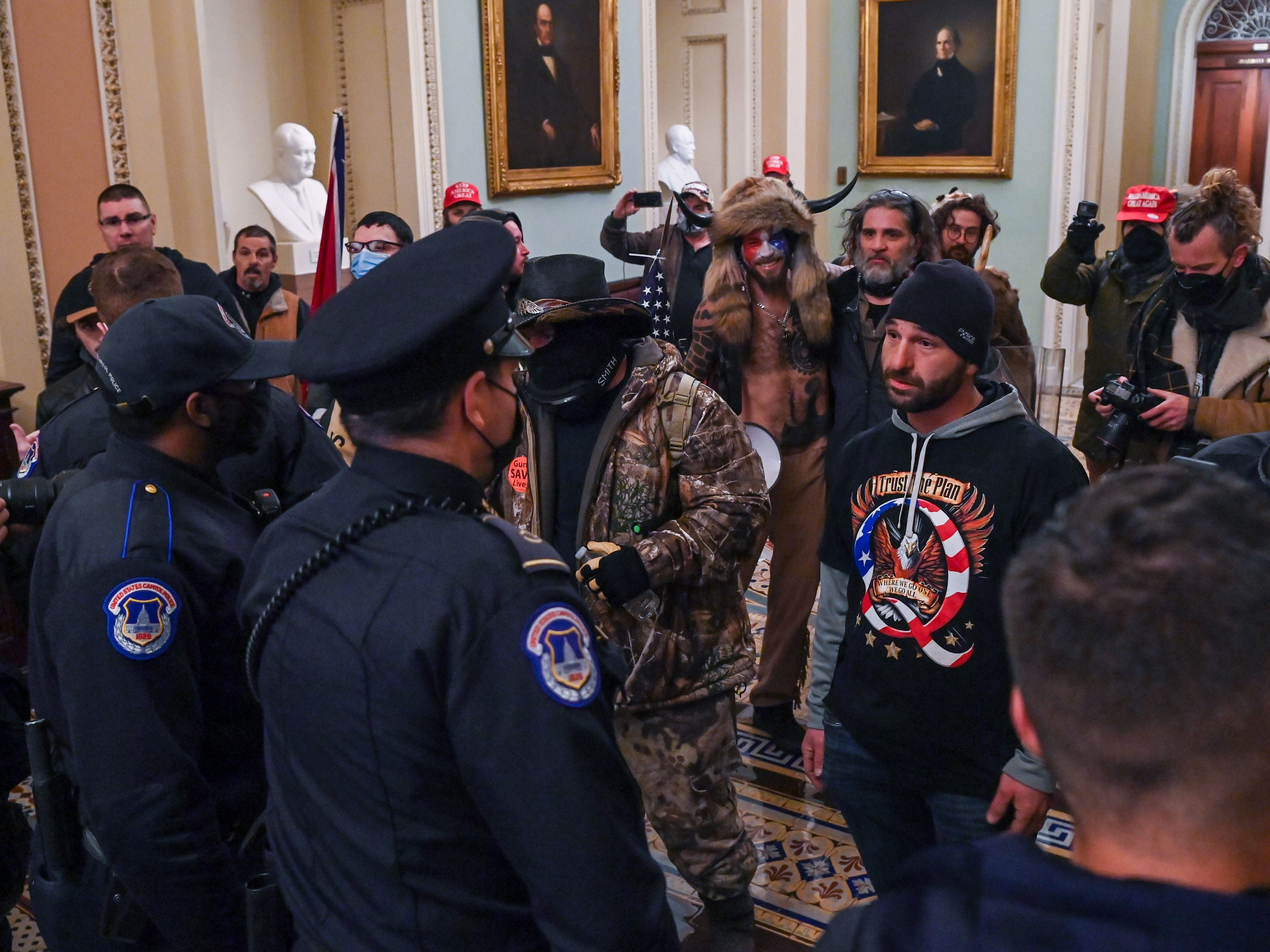 SAUL LOEB/AFP via Getty ImagesUS Capitol police officers try to stop supporters of US President Donald Trump to enter the Capitol on January 6, 2021, in Washington, DC. – Demonstrators breeched security and entered the Capitol as Congress debated the a 2020 presidential election Electoral Vote Certification.

Thousands of pro-Trump rioters on Wednesday stormed the US Capitol, breaking into the building and ransacking offices, claiming that December’s election was stolen from President Donald Trump.

For researchers who study right-wing digital extremism, it was no surprise.

“Extremists have for weeks repeatedly expressed their intentions to attend the January 6 protests, and unabashedly voiced their desire for chaos and violence online,” Jared Holt, a visiting fellow at the Digital Forensic Research Lab, told BuzzFeed.

January 6 was a significant date for rioters because it was when Congress was scheduled to vote to certify President-elect Joe Biden’s electoral victory. Congress successfully certified Biden’s win hours after the mob was cleared from the building.

Per BuzzFeed’s reporting, the plans to storm the Capitol cropped up on both niche right-wing forums as well as mainstream social media sites, and reached a fever pitch in the days before the riot.

Right-wing online forum TheDonald â€” a website that sprung up after Reddit deleted a subreddit with the same name for violating its hate speech policies â€” was extremely active. Research nonprofit Advance Democracy told BuzzFeed that 50% of the top posts on the forum on January 4 mentioned calls for violence on January 6.

It added the same was true for right-wing social media platform Parler.

“Just imagine if ALL the Patriots who are gathered in DC right now were to Rush the Senate, the Supreme Court and the Halls of Congress and take them over,” one Parler user said in a comment reported by Bloomberg. Calls for violence continued on Parler during the rioting.

On Facebook, Trump supporters banded together in private groups. On January 5, BuzzFeed reporter Ryan Mac identified a Facebook group called Red State Secession, with nearly 8,000 followers, that was calling for a “Second American Revolution” on January 6.

Mac noted that the group listed links to similar groups in its bio, and that Facebook automatically suggested more.

Bloomberg reported that conversations in small, far-right Facebook groups grew more violent in the run-up to January 6. “There will be a BIG Civil War if Congress allows the election to be stolen,” one Facebook user wrote in a group called “Joe Biden is not my President.”

Advance Democracy also told BuzzFeed that QAnon-related accounts on Twitter were full of references to January 6, and that it found roughly 20,800 accounts mentioning the date. QAnon refers to a collection of online conspiracy theories that maintain Trump is a heroic figure fighting against the “deep state.”

After the riots began, Trump released a video in which he espoused baseless election fraud claims and told rioters “go home, we love you, you are very special.”

Twitter removed the video along with two other tweets and locked Trump’s account, telling him he had to delete the tweets or else he wouldn’t get his account back. Trump has now deleted them, and has 12 hours from when he removed the tweets until he can get full access to his account.