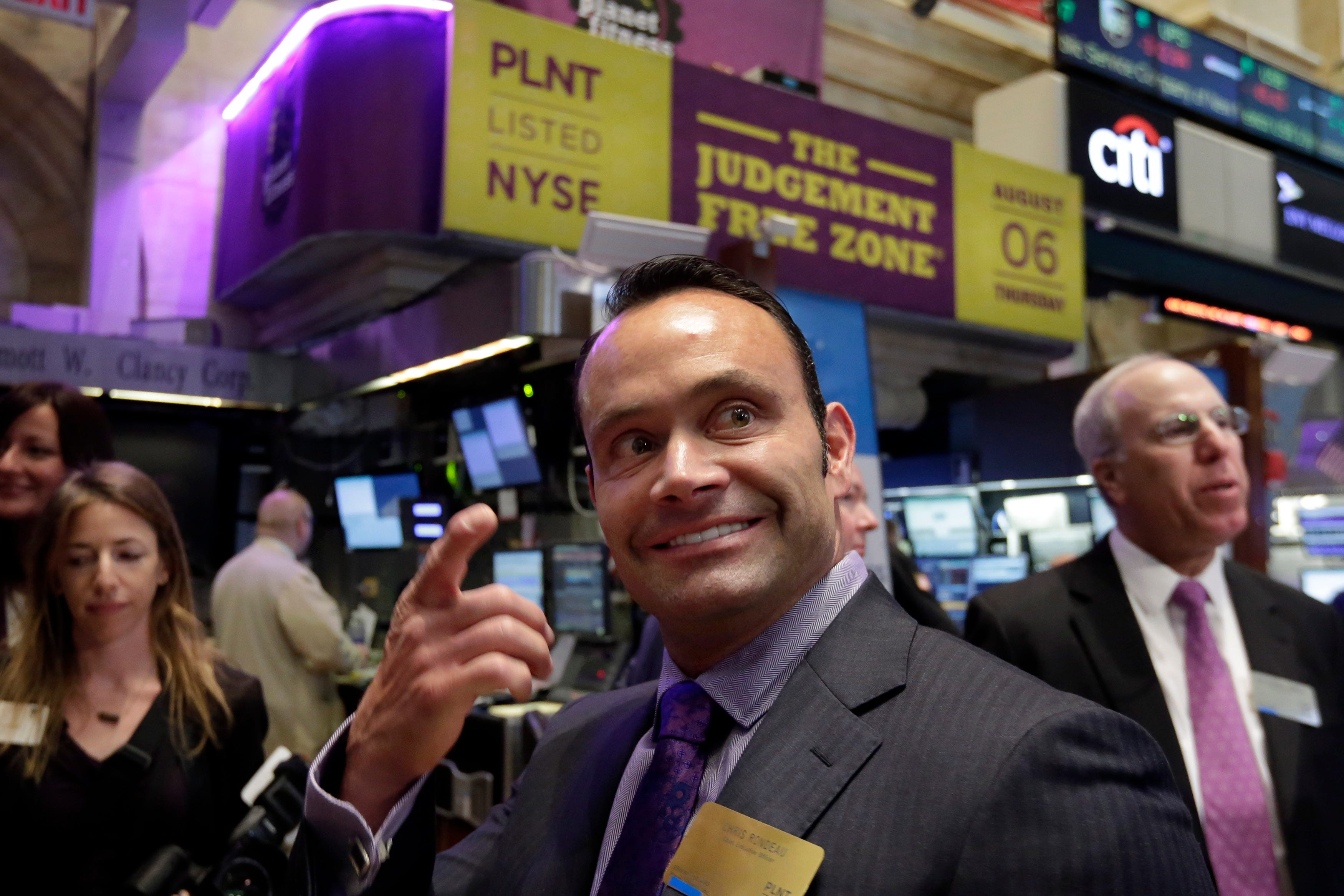 Planet Fitness CEO Chris Rondeau said social distancing inside gyms is possible as the Trump administration intends to include gyms during the first phase of a plan to reopen American businesses.

“We’re going to be really reiterating our cleaning policies and procedures with our staff,” Rondeau said Friday in a remote interview on the news network Cheddar.

Earlier this week, the Trump administration released a three-phase plan to reopen businesses temporarily shuttered during the coronavirus outbreak. Gyms can open “if they adhere to strict physical distancing and sanitation protocols,” along with restaurants, places of worship, and movie theatres, according to the plan.

Planet Fitness, for its part, said in mid-March that it temporarily closed most of its locations, and that it was closing the remainder of its corporate stores through March 31. It was “strongly urging” its franchisees to do the same.

The Hampton, New Hampshire-based company then issued an update on March 30 that it was extending its temporary store closures until further notice. Planet Fitness reported 2,001 locations and 14.4 million members through the end of 2019.

Health experts have warned on the risks gyms pose during an outbreak.

“Gyms are like a petri dish,” Laurence Gostin, the director of the O’Neill Institute for National and Global Health Law at Georgetown University, told the Daily Beast. “People are close to one another, they’re sweating, they’re coughing and sneezing, they’re touching multiple surfaces, they’re sharing equipment, they’re indoors. Literally all of the heightened risk factors for COVID transmission are all entwined together in a gym.” 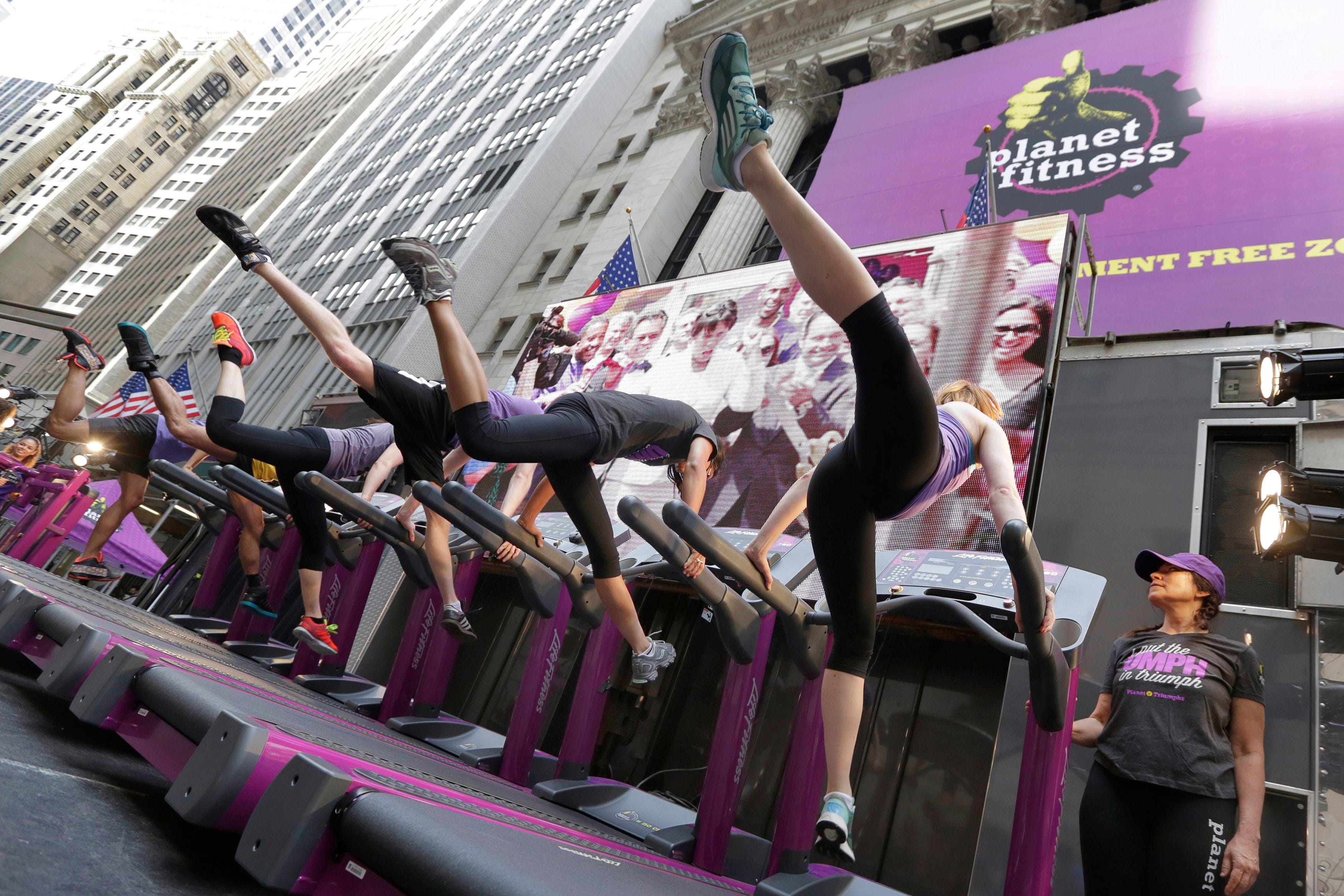 In the Cheddar interview on Friday, Rondeau said he took note after speaking with an Asia-based executive about necessary steps once a gym there initially opened. During the first three weeks, “they unplugged every other piece of cardio, so that forced some space between treadmills, for example,” he said.

“That might be one thing we have to do at the beginning,” he said.

Rondeau, who was named CEO in 2013 and joined the company in 1993, said the company has long had “sanitation stations” scattered throughout locations, and said the company encourages members to wipe down equipment with cleaning solution before and after usage.

The pandemic has hit the wider fitness industry as consumers demand gyms place memberships on hold and companies lose out on recurring revenue.

Gold’s Gym, for instance, has moved to permanently close about 30 locations, Business Insider previously reported. The move impacted only company-owned – not franchisee-owned – gyms mainly in their St. Louis, Alabama, and Colorado Springs markets, the company said.

“We realised that the trend is going this way, and I don’t really see it as a way that people replace a gym membership, but it enhances their ability to work out when they can’t get to the gym that day,” he said.

Planet Fitness and other gym chains have come under pressure for charging members’ accounts for regular fees even as their facilities closed.

“Unfortunately the timing of mandates and closures lead to some of our members being billed shortly before we closed,” the company said on Twitter to one user. “Rest assured that you will not be charged for any days when the club was closed. We will make an adjustment on your next billing cycle when we reopen.”

Planet Fitness reported $US689 million in revenue at the end of 2019, a 20% increase from a year earlier, and a rise in same-store sales of nearly 9%.