Pixar's new short film, 'Out,' is about a gay man who finds love and acceptance, and many fans are calling it an uplifting story 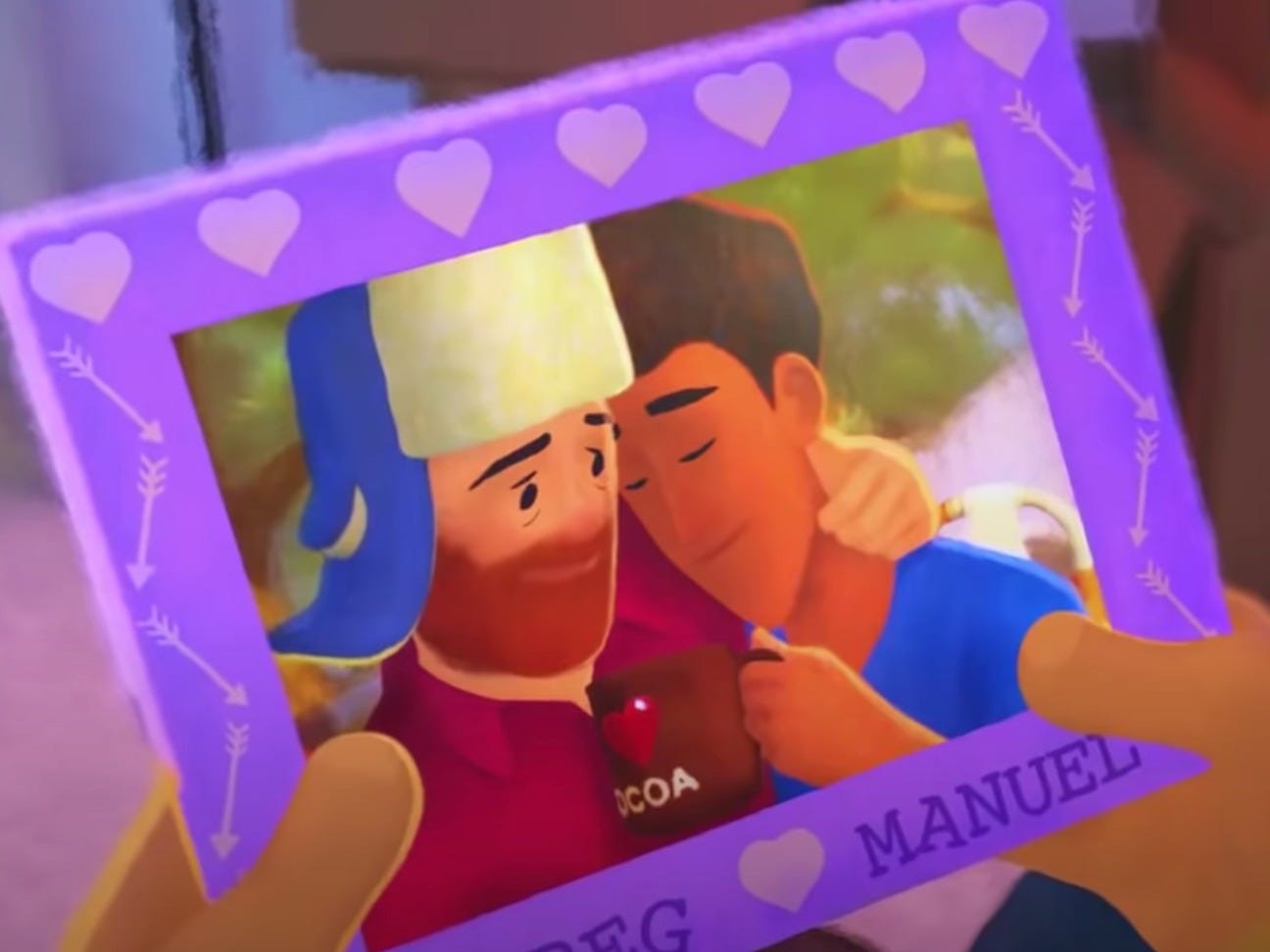 Pixar Animation StudiosPixar’s ‘Out’ is a new animated short film.

Pixar released a new animated short film, “Out,” on Friday.

“Out,” which is part of the “Spark Shorts” series available for streaming on Disney Plus, is the first film from Disney and Pixar to feature an LGBTQ storyline and a main character who identifies as gay.

The animated short is written and directed by Steven Clay Hunter. It tells the story of main character Greg (voiced by Kyle McDaniel) who is preparing to move in with his boyfriend, Manuel (voiced by Caleb Cabrera). Greg is then surprised by his parents, who don’t yet know Greg is gay.

Disney released a trailer of the film on social media on Thursday, which sparked reactions from fans who found the glimpse of the storyline especially poignant.

“I would have loved this as a kid,” another Instagram commenter wrote in response to the “Out” trailer.

People who watched “Out” on Disney Plus shared their reactions to the full film on Twitter. Some wrote about the experience of feeling represented in the animated story.

Please watch 'OUT' on @disneyplus pic.twitter.com/aNMguLxWiG

“The new Pixar Spark Short, ‘Out,’ has been played more than five times at home, creating a great conversation with my 4-year-old son,” one user wrote. “It ended up with him saying, ‘Everyone can love anyone and I love it.'”

The new Pixar Spark Short, Out, has been played more than five times at home, creating a great conversation with my four year old son, and it ended up with him saying, “Everyone can love anyone and I love it.”

Be still, my heart.

Others warned that the heartwarming story is a tear-jerker.

Pixar have delivered on an LGBTQ+ story. I’m HERE for it and Lordy did I cry. Go watch “Out” on Disney+ right now. It’s absolutely wonderful. I wish I had this to see growing up! pic.twitter.com/m0P11xpvSI

You all better go watch the beautiful new Pixar short "Out"; it's the first openly LGBTQ+ short and it's about a gay man coming out to his family ????️‍????

If you want to cry ugly gay tears of happiness all you need is 9 minutes to watch the Pixar short Out.